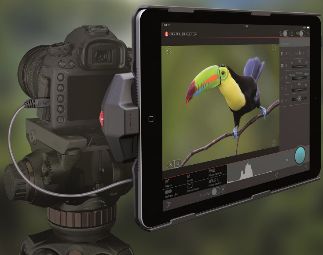 Las Vegas (April 13, 2015) At the National Association of Broadcasters show in Las Vegas, Manfrotto, world leader in the photography, imaging equipment and accessories industry, showcases the Digital Director: the only Apple Certified interface that helps users to intuitively manage their photo and video workflow, from the setting of the camera to the sharing of the pictures via a tethered iPad® application. Digital Director is the ideal companion for pro and hobbyist photographers who are serious about videography and are Apple addicted. Composed by Hardware, Software (APP) and firmware, all gone through the MFi (Made for iPad®) Certification, this innovative product is designed to make shooting photos and videos much smarter: by simply plugging the USB cable in to the camera and turning on the App, photographers and videographers are ensured a reliable high-performance connection between their Canon or Nikon DSLRs and their iPad Air®. A dedicated CPU embedded into the Digital Director provides an interface between the two devices, which via a cable enables the camera protocols to be fully understood and controlled by the iPad®. Furthermore, Digital Director enables the user to place the camera even in the most awkward or difficult to reach positions and conveniently control it remotely. 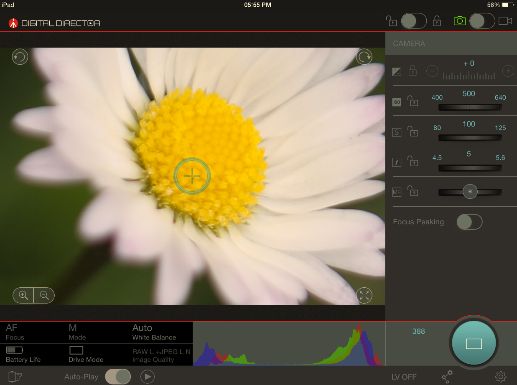 COMPLETE AND INTUITIVE WORKFLOW CONTROL
Photographers and videographers can now enjoy a more detailed, enhanced control interface thanks to a much bigger and higher quality display: indeed, Digital Director turns the iPad Air in to an external monitor taking full advantage of its High Definition Retina Display. The dedicated Digital Director App enables all the key parameters of Canon and Nikon DSLRs to be monitored and dynamically modified in real time (Exposure, ISO, Shutter Speed, Aperture, Manual Focus, WB, Image Quality, Focus Camera/Drive Modes, Battery status), allowing photographers and videographers to concentrate on creativity instead of settings. Shooting remotely via the iPad Retina® Display, the App enables real time “Live View” monitoring and adjustments. The dynamic histogram and audio level display allows greater control, whilst the Focus control is guaranteed thanks to the Interactive Focus, which can be used to select the focus point anywhere on the screen. The digital zoom magnifies the selected focus point to ensure crisp accurate focus.

QUICK AND SMART CHECK AND POST-PRODUCTION
Thanks to Digital Director, users will have total control of their workload plus the possibility to download the images to the iPad and check the high-resolution files. All the characteristics of the image, such as the focus, can be checked simply using standard iPad® gestures. Digital Director also allows users to intuitively manage post-production activities from the iPad®: within the App, it is possible to work on the image, cropping and rotating it, modifying exposure, contrast and brightness, checking histogram and Exif information, rating and saving the image. Users will also have total control of their files, from image ratings to file organization (albums, shoot profiles and connection profiles). 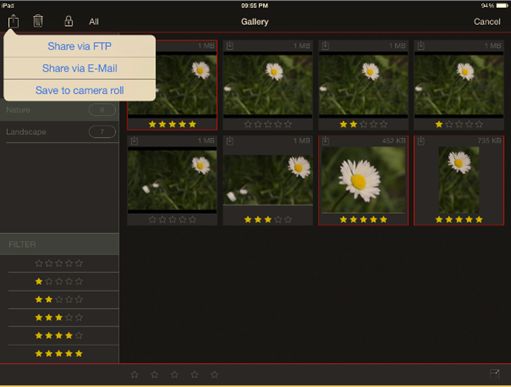 For more information, please visit www.manfrotto.com
————————————————————————–
Manfrotto (Vitec Group)
Manfrotto is the world leader in the design, production and distribution of professional products for photography, video and entertainment. The company was founded in 1972 based on Lino Manfrotto’s experience, and its mission has always been to support and simplify the work of reporters, photographers and producers. The Imagine More project adds to this historical mission the idea of fuelling the enthusiasm of weekend photographers and supporting the surge of new amateurs. Part of the UK-based Vitec Group since 1989, Manfrotto has now become a worldwide presence. In its eight key markets – Italy, France, Germany, the United Kingdom, China, Japan, Hong Kong and the United States – it is represented by its own direct distribution system, Manfrotto Distribution, whereas in 80 other countries sales are handled by independent distributors.