Melissa Kent is an Eddie nominated editor with more than two dozen feature films under her belt, including Age of Adaline, The Vow, Four Christmases, and co-editing Francis Ford Coppola’s The Rainmaker.

Melissa and I talked about editing the indie film, Traffik, while she was continuing to work with Traffik’s writer/director, Deon Taylor, on his next film.

(This interview was transcribed with SpeedScriber. Thanks to Martin Baker at Digital Heaven)

HULLFISH: Tell me a little bit about Traffik. What was the schedule like?

KENT: It was a rare situation because writer-director Deon Taylor had already shot the entire film before he reached out to me in November 2016 to edit it. Assistant editor Susan E. Kim and I set up editing rooms in Hollywood and I had a first cut by Christmas break. Deon started his director’s cut in January and the movie was completed by April 2017, with a few days here and there to change some music. Traffik was a true indie, and I was so pleased for everybody involved that Lionsgate came onboard to distribute it.

HULLFISH: What do you remember as a peak length for the film?

KENT: The final running time is just under ninety minutes. It was never more than two hours.

HULLFISH: The story has a strong love story. When do we finally know that this is a story about trafficking?

KENT: The first scene in the movie sets up a world of danger, so that when the other scenes — the love scenes and the romance and the weekend getaway are happening — it’s all in the context of a dangerous world.

HULLFISH: That makes sense. It was a great set up. It’s visually interesting. It draws you in.

HULLFISH: There were a lot of music changes in the first three minutes.

KENT: Joelle James wrote and performs several songs in the film. Music Supervisor Bobby Francis Joelle and I spent a lot of time together finding the right songs for each spot. To open the movie, I love the way the first song in the nightclub starts, seducing you into the movie. There’s a lot going on: setting up a world, listening to lyrics, reading credits, going in and out of score.

HULLFISH: There’s a nice set of intercut scenes at the top of the movie. Was that intercutting scripted or did you create it in post?

KENT: It was not scripted, but by intercutting Paula Patton’s character waking up alone, with remembering last night’s argument, it was possible to use only the very best pieces of both scenes, without having to adhere to true continuity. It showed her concerns emotionally, his patience with her and his love for her. It was a nice way to establish their relationship dynamics very quickly. Deon and I both love a good flashback.

HULLFISH: One of the big challenges for you as an editor is to figure out how fast can you go BUT you also have to take the time to develop the characters or else nobody cares about them and then the whole movie falls.

KENT: Absolutely. You have to be invested in the core relationships, so that when danger arrives, there is something to lose.

HULLFISH: Let’s talk sound effects, shot choices and music to build tension when the bad guys come to the mountain house. I love the use of sound effects.

KENT: The music is composed by Geoff Zanelli. In the scene you mention, when trouble arrives, the music there is extremely sparse and tense. It’s almost subconscious. And then when they run outside the photography is so incredible. The whole scene is lit only by headlights.

Sound designer Gregory King did a phenomenal job with this movie, heightening all of the sounds: making the city feel so different from the country, making the motorcycle/car chase totally come alive by making it threatening and fast and heavy and dangerous. He also mixed the movie.

HULLFISH: What do you think attracted Deon to you as an editor?

KENT: He called my agent and wanted to meet me. Deon is so nice, so funny, so collaborative. He’s a total joy to be around and we had such a great time. I never really grilled him on exactly why he called. I’m just glad he did.

HULLFISH: At that opening interview, he knows you’re talented. He knows you’ve done a bunch of films and you’re capable, but for an editor and a director you also have to connect because it’s a marriage for a while and you don’t want to be married to some person that you don’t like.

KENT: Well, it was clear from our first meeting that we would get along great. Deon is a former pro basketball player and an amazing team leader. It really helps that he liked what I was doing so, aesthetically, when it came to the movie we agreed a lot. He creates such a nice environment that everybody’s there trying to bat a thousand.

HULLFISH: You guys went straight from making Traffik into making another movie.

KENT: A few weeks after completing Traffik, Deon started shooting Motivated Seller. It’s a thriller, starring Michael Ealy, Megan Good and Dennis Quaid. They shot in Vancouver and I cut in LA with my assistant, Susan E. Kim. We just finished. It was nice to be given the opportunity to cut a lot of action.

HULLFISH: Do you ever feel like you can get typecast? It sounds like you have worked hard not to be typecast.

KENT: I always made it a point to work in all genres. Like I said, I’m grateful that Deon hired me for two consecutive thrillers with a lot of action, including chase scenes and fight scenes.

HULLFISH: Jumping back a ways, it sounds like you learned a lot about story from your time working with Frances Ford Coppola.

KENT: Working with Francis Ford Coppola early in my career, on The Rainmaker and also several pictures he produced, including Sofia Coppola’s The Virgin Suicides, was a blessing. One of the most educational things that I’ve ever encountered was watching 85 hours of documentary footage shot by Eleanor Coppola, of Francis working with the actors on the set of The Rainmaker. Ellie and I cut it down to a 30-minute documentary for HBO, now available as a DVD extra. It’s a very dense half hour, obviously.

When I was reading “The Film Director’s Intuition” by Judith Weston, in preparation for taking her directing class, I was surprised and pleased that she mentions “Francis Coppola Directs The Rainmaker” as something that all directors should watch for their own education of how to work with actors. 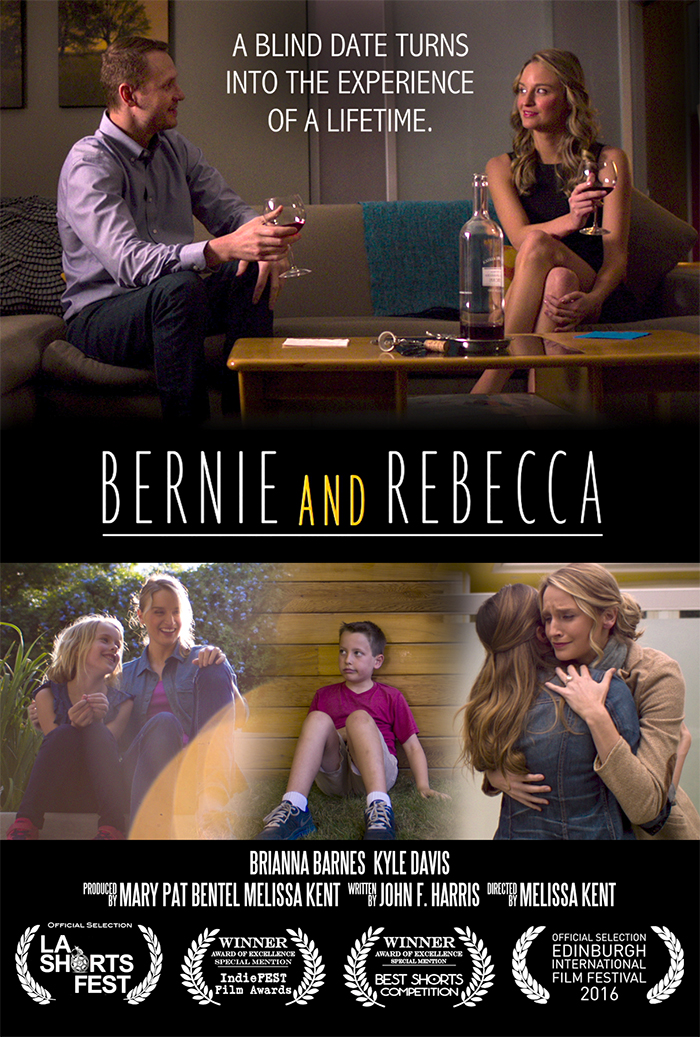 HULLFISH: Which brings me to my final question: you directed a short film that you decided to edit yourself. How does your editing inform your directing?

KENT: I directed Bernie and Rebecca, a 14-minute comedy about a couple on a blind date imagining a not-so-perfect future together. I used every bit of my editing experience to think of interesting ways to shoot, and to remember the importance of getting options and not to pre-edit in my

mind and then limit myself on set.

HULLFISH: Melissa, it was a pleasure speaking with you.

KENT: Thanks very much. You, too.

For more information about Melissa’s career and credits, visit melissakent.com 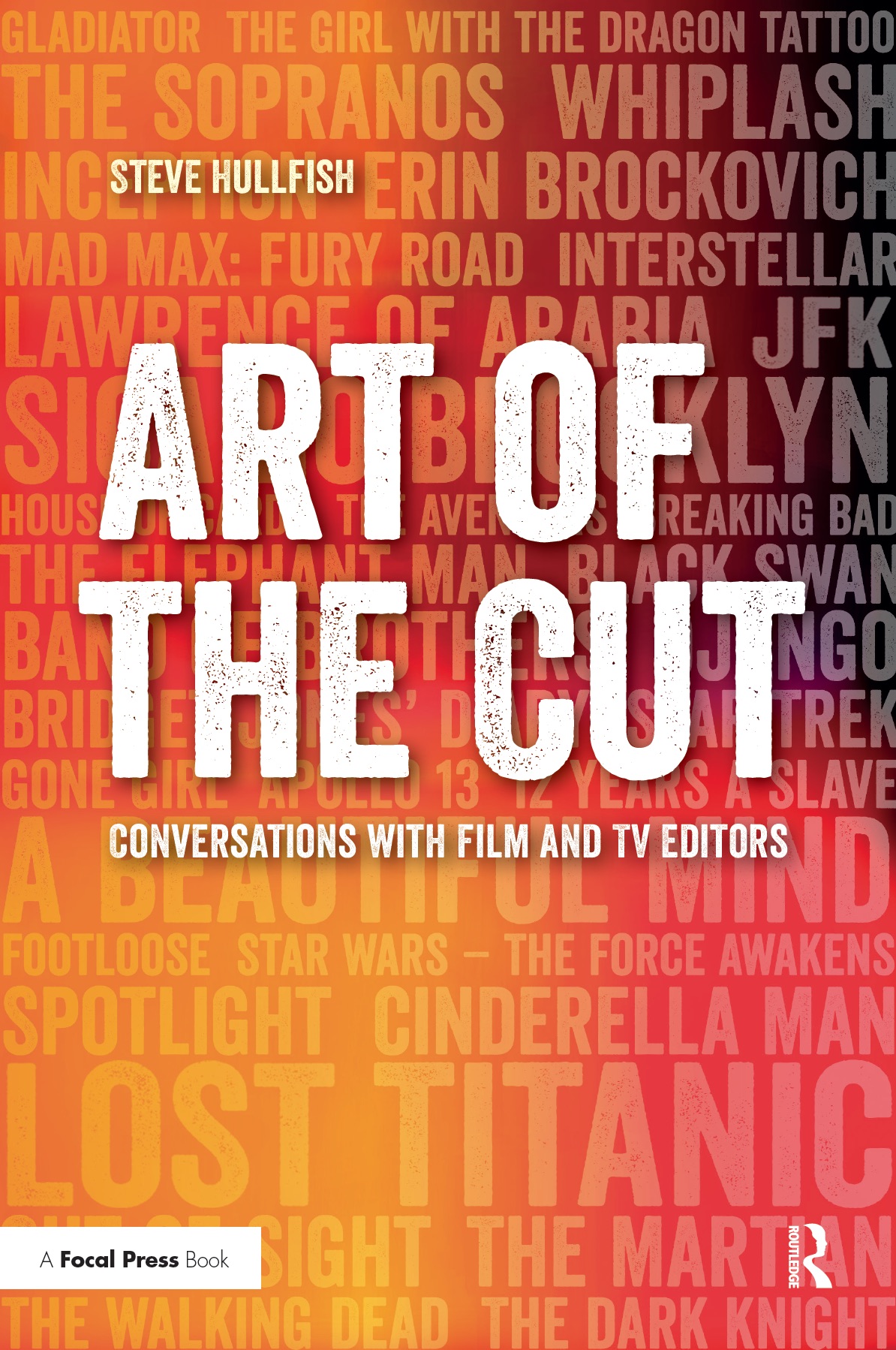 The first 50 interviews in the series provided the material for the book, “Art of the Cut: Conversations with Film and TV Editors.” This is a unique book that breaks down interviews with many of the world’s best editors and organizes it into a virtual roundtable discussion centering on the topics editors care about. It is a powerful tool for experienced and aspiring editors alike. Cinemontage, CinemaEditor magazine and FirstFrame, the magazine for the Guild of British Film and TV editors, all gave it rave reviews. No other book provides the breadth of opinion and experience. Combined, the editors featured in the book have edited for over 1,000 years on many of the most iconic, critically acclaimed and biggest box office hits in the history of cinema.