AMD announced that the second generation of its Ryzen processors will be available worldwide April 19, to offer users faster and smoother computing experiences. 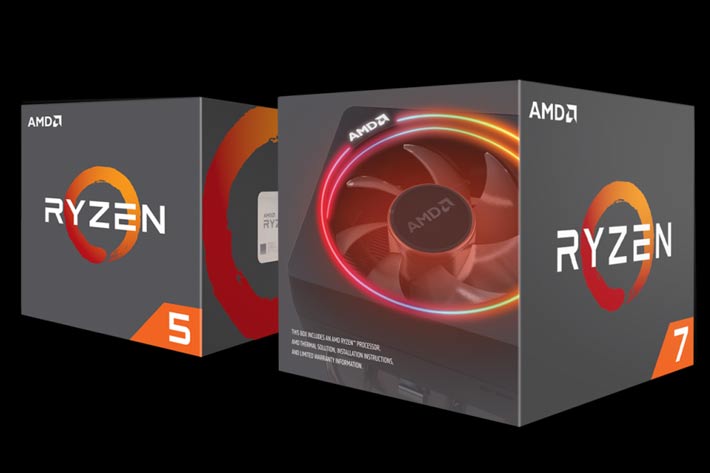 One year after the first release of the award-winning AMD Ryzen processors, AMD announced, at the end of NAB 2018, that the 2nd generation AMD Ryzen desktop processors could be pre-ordered. The CPUs are expected to be available on shelf April 19, offering, says AMD, disruptive levels of compute performance at each of four price points. Delivering high-performance computing and innovative new features, 2nd gen Ryzen desktop processors are built to create faster and smoother computing experiences for PC gamers, creators, and hardware enthusiasts.

“Second generation Ryzen desktop processors take everything that made the original Ryzen so groundbreaking and makes it better – great performance combined with advanced technology to deliver an amazing experience for the most demanding users,” said Jim Anderson, senior vice president and general manager, Computing and Graphics Group, AMD.

All 2nd gen AMD Ryzen desktop processors are supported by the new AMD X470 chipset, the most advanced, optimized, and efficient chipset to-date for socket AM4. This chipset comes with a free download of the new AMD StoreMI storage acceleration technology to combine the speed of an SSD with the capacity of a hard drive into a single, fast, easy-to-manage drive.

Motherboards with the AMD X470 chipset will launch alongside the 2nd gen Ryzen desktop processors, with designs available from various manufacturers including ASRock, ASUS, Gigabyte, and MSI. Compatible with all current AM4 processors, the new X470 motherboards augment the existing 300-series motherboards, which are also compatible with the new 2nd gen Ryzen processors after a simple firmware (BIOS) update is installed. Many motherboards in market are already coming with the updated BIOS, indicated by a “Ryzen Desktop 2000 Ready” label on the package.

The introduction of the second generation of Ryzen processors is not an isolated act, as AMD used NAB 2018 to show the power of its other solutions, both in terms of graphics and CPU. We recently mentioned here at ProVideo Coalition the demonstration, at NAB, of the power of Radeon Pro SSG graphics with Adobe Premiere Pro CC, but that’s just part of the whole story. In fact, AMD unleashed at NAB 2018 the power of the Radeon Pro SSG, but also of the Radeon Pro WX 9100 graphics cards, AMD Ryzen Threadripper & EPYC processors to demonstrate incredibly fast workflow solutions for video professionals. 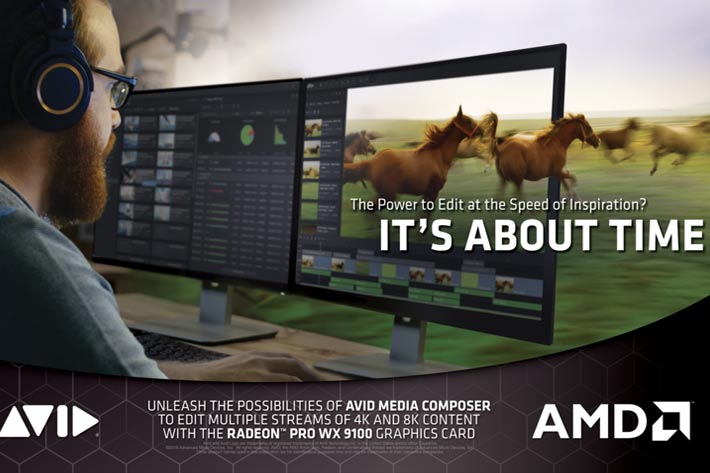 A note published on the company’s blog by Warren Eng, Product Marketing Manager for professional graphics at AMD, indicates that Blackmagic Design worked with AMD to demonstrate at NAB 2018 what can be achieved with an AMD Radeon Pro WX 9100 graphics and AMD Ryzen Threadripper CPU system in terms of color grading, using DaVinci Resolve, Decklink SDI video capture and playback solutions and FSI display technology.

Another company working with AMD is Avid. With Avid Media Composer optimized to take advantage of the graphics and compute power of the AMD Radeon Pro WX Series graphics cards, multi-stream 10-bit editing is a possibility, as the Radeon Pro WX 9100 graphics card can handle more streams of high quality source content with no dropped frames.

NAB 2018 was also the place to see the public debut of Avid Media Composer running on AMD Ryzen Threadripper, the CPU based on AMD’s “Zen” architecture. With up to 16 cores and high clock speeds for efficient video decoding, high speed network, and plenty of NVMe storage devices, the CPU even features 64 lanes of PCI Express connectivity to accommodate powerful GPUs like Radeon Pro WX 9100 graphics, a capture/playback card, for content creation on applications such as Media Composer.

The demonstrations at NAB revealed some of the solutions AMD is offering for video broadcasting and film professionals at the high-end of the scale, when workflows of 4K and 8K are needed. The 2nd gen Ryzen desktop processor now reaching the market offers, at a more humble level, I would say all the way up to 4K, some of the same technology, which will be accessible to more users.