With the growing use of the Unreal Engine to create AR and graphics for live broadcast, AJA announced its KONA 4 and Corvid 44 are the first video cards with built-in support for the engine. 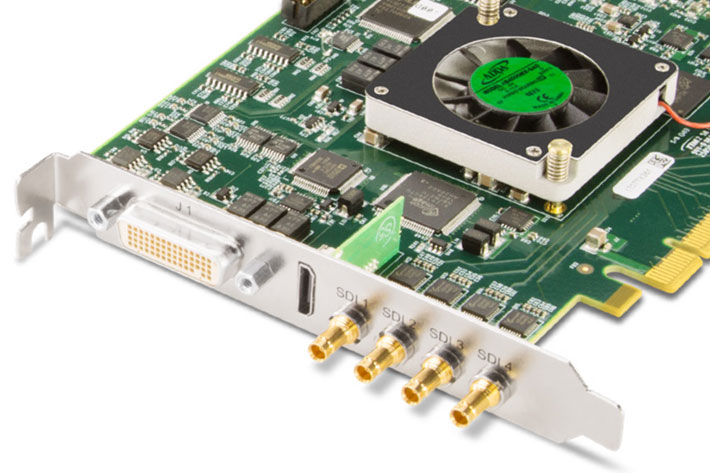 Epic Games released its Unreal Engine 4.20 this week,  delivering, says the company, “on our promises to give developers the scalable tools they need to succeed. Create a future-focused mobile game, explore the impact of Niagara, breathe life into compelling, believable digital humans, and take advantage of workflow optimizations on all platforms.”

Originally a games engine, the Unreal Engine is now a solution offering creators a set of tools allowing them to create anything from visual effects to life-like digital characters and believable worlds with unparalleled realism. The new Digital Humans technology allows users to produce highly realistic and believable characters, the new Cinematic Depth of Field allows creators to achieve cinema quality camera effects in real-time, while the new Mixed Reality Capture, still in Early Access, allows for the creation of “compelling spectating experiences for mixed reality applications using the new Mixed Reality Capture functionality, which makes it easy to composite real players into a virtual play space!

These are just some of the improvements present on the new version of Unreal Engine, which also includes a plug-in based on the AJA SDK supporting HD/SDI video and audio input and output to the AJA Corvid 44 and KONA 4 I/O cards, making those video cards the first with built-in support for Unreal Engine.

“There has been a growing demand from our customers working in live broadcast for video support in engine. We’re excited to offer support for AJA’s KONA 4 and Corvid 44 cards as a first step in that direction with this latest engine release,” said Kim Libreri, CTO, Epic Games.

The two video cards from AJA Video Systems are included in the limited number of video capture devices that have been tested with Mixed Reality Capture. The list, according to Epic Games, includes “supported webcams and HDMI capture devices that enable you to pull real world green screened video into the Unreal Engine from a variety of sources.” 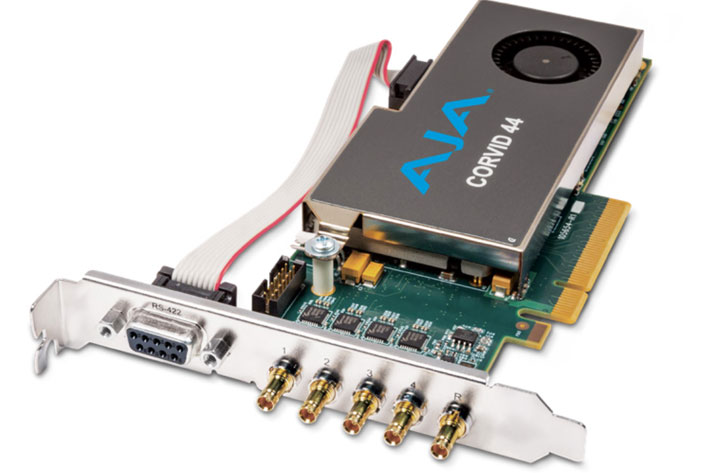 KONA 4 is a powerful eight-lane PCIe 2.0 video and audio desktop I/O card with unparalleled features for handling everything from SD to HD, 2K and 4K with full 10-bit 4:2:2 and 4:4:4 sampling for fantastic image clarity and 12-bit support. Corvid 44 is a multi-format PCIe card enabling up to four simultaneous streams of input and output, making it perfect for a wide variety of medium-density video applications. Configure each SDI connection individually as input or output, and mix formats for up to four HD or SD channels on a single card.