This is a special day. Affinity Photo for Windows is finally available, simultaneously with a major update to the Mac version. Available at a special price of $39.99, it’s a bargain of a photo editor that also does RAW. 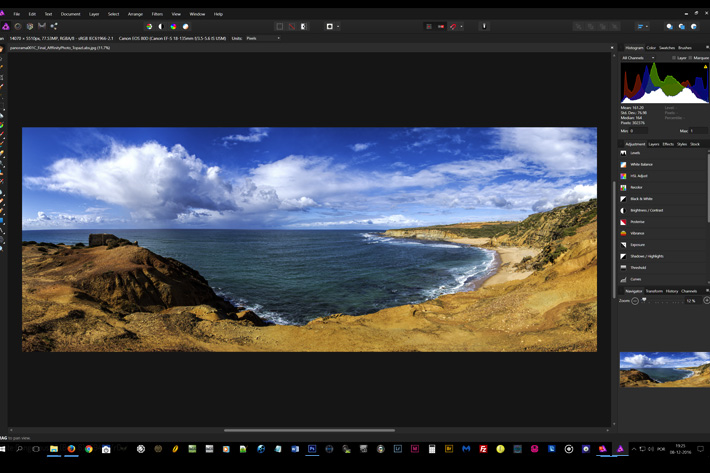 The launch of Affinity Photo for Windows marks, no doubt, the beginning of a new era. The program that once was “Mac only” is now a serious alternative for those Windows users looking for a photo editor.

The best selling professional picture editing app Affinity Photo run through a quick but intense public beta phase for its Windows version and is now finally available. For whoever followed the beta stage, this came as a surprise: the last week we had two versions, one following the other, in two consecutive days (someone at Affinity forums even joked it would be great to have the program December 9, the date of his birthday). The latest beta was already presented as a Release Candidate, and today I was surprised to receive a note from Serif stating that the program was available commercially.  That was fast!

For me it was a great start of the day, a joy only reduced by the unwelcome news of the disappearance of Greg Lake the voice of King Crimson’s best albums and the bassist-singer of Emerson, Lake and Palmer, one of the hero’s of my youth, author of a famous Christmas song: I Believe In Father Christmas. This note on the commercial availability of Affinity Photo was written while listening to some of the songs that marked my youth. Thanks Greg for the music!

Affinity Photo, from British company Serif,  has been a good companion the last weeks, and I already wrote about the program here, having used it intensively not just for testing purposes but for work, even if the public beta versions were not finished work, yet. I just installed the final version of the program, made sure everything was working as expected, and went on to write these lines, which are not a review, but a note for those interested: there is a serious alternative available for editing your photos.

Chosen as Apple’s ‘App of the Year’ 2015, and ‘Best Imaging Software’ 2016 by the Technical Image Press Association, Affinity Photo on Mac has received thousands of 5-star reviews from professional photographers, editors, artists and retouchers around the world.

Speed, power and accuracy are at the heart of Affinity Photo’s peerless workflow, with non-destructive editing, RAW processing and end-to-end colour management as standard. Tools work in real time, so there’s no waiting to see results. 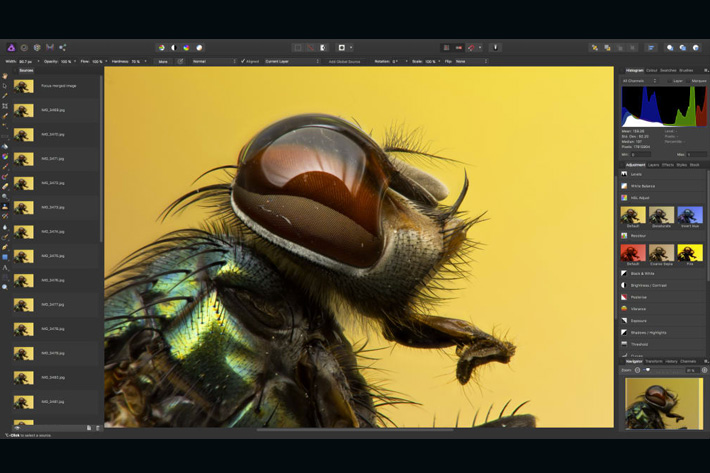 The Windows version appears at the same time the update for Mac, so both products share the same specifications. Affinity Photo 1.5’s enormous update takes its renowned power to another level with an array of new features that users will love, including:

The Windows version matches, as I wrote, the Mac version feature-for-feature and goes on sale for all platforms at a discount $39.99 / £29.99 / €39.99 until 22 December, with no subscription. Existing owners of the Mac version can download the 1.5 update free of charge.

“The launch of Affinity Photo for Windows means we’ve fulfilled our ambition to become a truly cross-platform presence, which was one of the core targets for us when we started developing Affinity apps over seven years ago.

“Almost all our back-end code was designed to work regardless of the operating system, which delivers 100% perfect file compatibility between the two platforms. And with the release of version 1.5, we’ve given Affinity Photo its biggest update yet, guaranteed to have enormous appeal to professional users on Mac or Windows.” 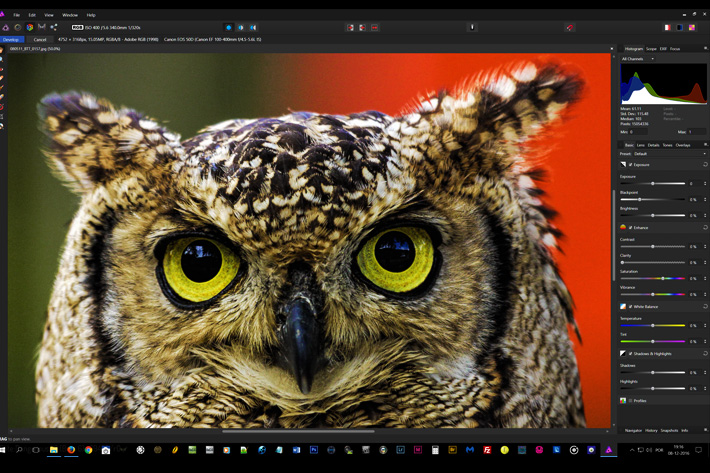 Affinity apps share the same file format on all platforms, allowing users to switch seamlessly between them both as individuals and in a professional environment, where colleagues work on different systems. The update also introduces support for the Touch Bar on the new Apple MacBook Pro.

Affinity Photo is the second in a new trio of applications from Serif. Affinity Designer, a high-end vector graphics tool, is already available for both Mac and Windows. A layout tool, Affinity Publisher, is due to complete the suite in 2017.

Affinity Photo may not be the perfect tool for everybody, but the program is quite new, and the team behind it aims to expand the options available. It is a RAW image processing editor offering a full set of tools to go from RAW to the final image. At the moment, the program does not use sidecar files to keep information of your changes, so once you finish developing a RAW file and move it to the Photo module (or persona) it is effectively a destructive step.

As James Ritson, the photographer behind many of the videos explaining Affinity Photo, told me, “at the moment  you’re basically using Develop to do as little or as much as you need to tune your raw image into something workable for further editing in the Photo persona.”. But the need for a separate DAM app has been recognised and Serif has intention to develop it, although there are no immediate news to share on the time-frame for an eventual DAM application.

Although being able to keep changes to any RAW file is a must for many users, if it isn’t an essential aspect of your workflow, Affinity Photo may be a program to explore. There are some “complex” ways to work within the program that allow to keep track of changes, and the options are there, says,  James Ritson, for those working within a 32-bit workflow. But if, like me, you just need to go from your RAW to a final image, then Affinity Photo will surprise you.

I’ve not yet decided how my workflow in 2017 will be, as I am also looking at ON1 Photo RAW as well, but I will, no doubt, include Affinity Photo into it, because of it’s panorama options, which work very well for me. I also like very much the whole interface and the simplicity of use I felt while exploring the public beta. That explains the excitement I felt today when I discovered the final version was available.

I do not need a catalog system, as the way I organize folders and files has worked well for me since I implemented it when I moved to digital photography. I’ve stopped using Lightroom almost three years ago, and Adobe Camera RAW, Bridge and Photoshop were my tools, until my CS6 stopped reading the RAW files from my new DSLR. I moved, then, to a workflow around Canon’s Digital Photo Professional,  from which I exported files to Photoshop. Now, I am about to drop Photoshop altogether, as my workflow moves, for the time being, to Affinity Photo. I will get back to this on another article, but for now just wanted to share that Affinity Photo is available for Windows at a special price. When the promotion ends, the usual price will be $49.99 / £39.99 / €49.99 for the software with updates included – there’s no ongoing subscription.