Affinity Designer, the bestselling professional design and graphics app for Mac, is now available to buy for Windows. Meanwhile, Affinity Photo for Windows is on beta. 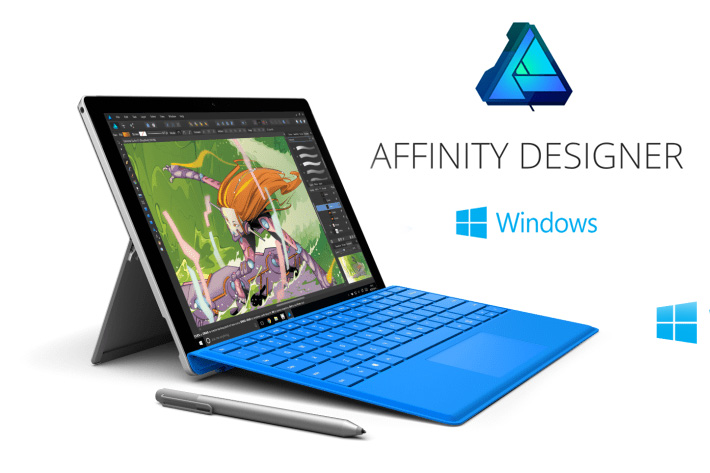 When Serif launched Affinity Designer for Mac the program soon received thousands of 5-star customer reviews on the Mac App Store. Now Windows users have their own version available, for $49.99.

Affinity Designer is not the first tool that most cinematographers of photographers think about, but some “one man band” artists moving between different areas may well be interested into this professional design and graphics app. Even more so when it is part of a suite that Serif is building, made of a trio of professional quality design software tools. Affinity Photo launched for Mac last year and is now in free public beta on Windows while Affinity Publisher is expected in 2017.

The Affinity brand, initially presented as Mac only, has extended its offer to the Windows universe, by popular request, one may say, so we can expect to see Affinity Publisher for Windows also, which is great news. I’ve tried Affinity Designer mostly to understand what the program offers, but I’ve invested quite a bit of time on Affinity Photo for Windows, because the program is an exciting solution with an accessible price. Affinity Photo is now on its second public beta – which came out only after a few days of the first open beta – and is building itself to be a serious RAW and photo editor. More about this soon, as I’ve some more news to share, but right now let’s look at Affinity Designer and share the news Serif has to tell the world.

Since its launch, the fast, precise and feature-rich vector design tool has consistently been the top paid-for design app on Mac since launch. The response has been meteoric, including a coveted Apple Design Award and thousands of 5-star customer reviews on the Mac App Store. According to Serif, for many professionals, Affinity Designer has become their go-to app for everything from creating concept art, print projects, logos and icons to UI design, web graphics and mock-ups. 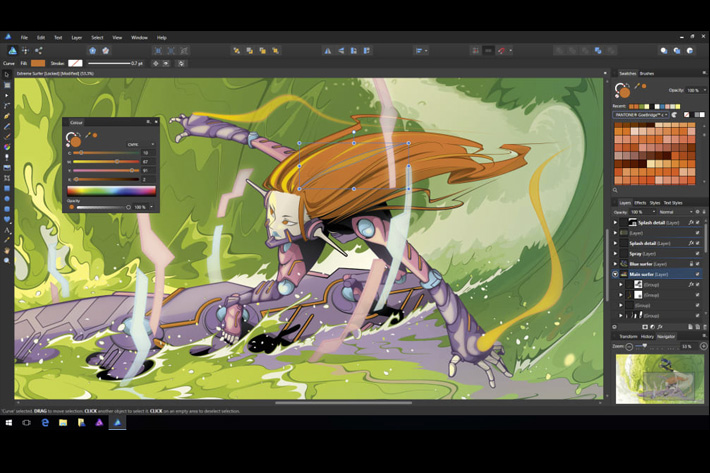 Now, and after a beta period, Affinity Designer is available for Windows, with a version that matches the Mac version feature for feature, meaning PC users will experience the same thrilling speed, incredible tools and supreme accuracy which have given Affinity Designer its formidable reputation.

Ashley Hewson, Managing Director of developer Serif, says: “When we launched Affinity Designer we never expected the impact it has made. Seeing it so widely adopted by designers around the world – and all the incredible work people are creating with it – has been such a rewarding experience for the team here.

“We’ve released many updates to Affinity Designer since launch, adding hundreds of new features which users asked for. But by far the biggest single request has been for the Windows version so we’re delighted to finally deliver that.”

“What might surprise some people is that the Windows version shares exactly the same back-end code as our Mac version,” adds Ashley Hewson. “Not only does this mean perfect cross-platform file compatibility, it means the same memory management and rendering technology which give Affinity Designer its blistering speed.”

Designed to work on 64 bit Windows 7 and above, and available with support for eight languages, the on-sale version has been refined over a public beta testing period with more than 180,000 users taking part. 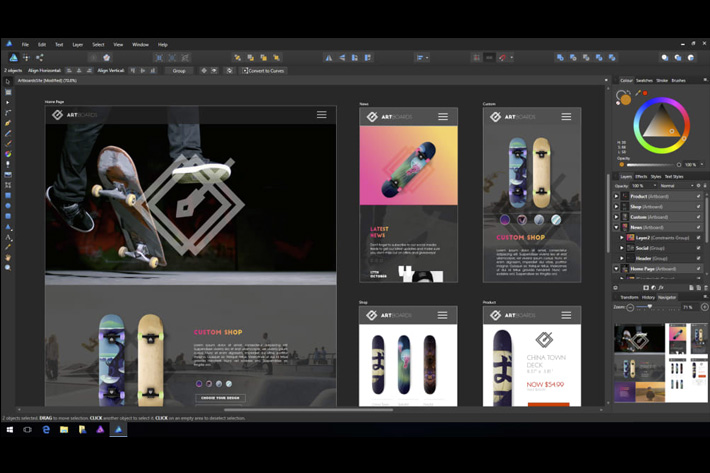 Affinity Designer for Windows can be purchased direct from https://affinity.serif.com/designer/. The usual price will be $49.99 / £39.99 / €49.99 with updates included – there’s no ongoing subscription.

The official Affinity Designer Workbook (from https://affinity.serif.com/designer/workbook/) and Mac version, now with Touch Bar support, are also currently available with an identical discount.

Affinity is a next-generation suite of award-winning software for creative professionals, comprising Affinity Designer and Affinity Photo, with Affinity Publisher coming soon. Built from the ground up with a meticulous focus on workflow and blazing performance, Affinity apps are the culmination of Serif’s expertise and over 25 years’ experience in developing creative software. Like nothing that’s come before, Affinity apps are engineered to be the smoothest, fastest, most precise, and most integrated creative apps available. And Affinity don’t do subscriptions.