…the wind began to howl

Adobe MAX 2022 registration is still open. This year’s event is going to be in person and online! Grab your spot now for the keynotes, skill-building sessions, and sneak peeks on October 18–20. 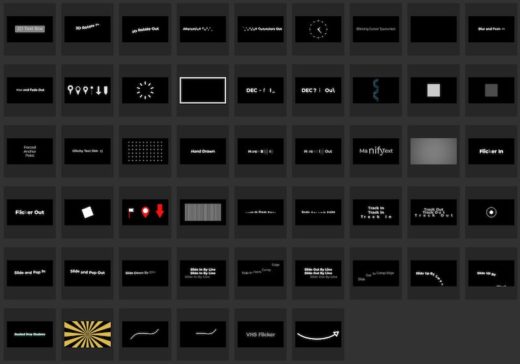 Adobe has made progress in updates in the last year, but a more exciting set of features may appear soon. Here are a few of the features listed in the What’s New section of the beta app — and some surprises like 3D object and ACES support coming to After Effects:

Feature Focus: Exporting H.264 from the After Effects Render Queue

Changes to Minimum OS Requirements for After Effects 23.0

If you attended @Mo_Plus_Design yesterday, you might have seen this little @AdobeAE sneak peek of things to come, demoed by legendary @cg4cg 😉#comingSoon #3dObjectsInAe #AE pic.twitter.com/ScUJD1IfV6

Chris Zwar continued his series on color, introducing the use of LUTs (Look Up Tables) to convert images from one colorspace to another; see  Color Management Part 11: Introducing OpenColorIO, an After Effects plug-in from Brendan Bolles’ fnord software.

Chris continued the video series with Color Management Part 12: Introducing ACES, an overview of the Academy Color Encoding System that incorporates information on the big news on native OCIO/ACES support coming soon to After Effects. 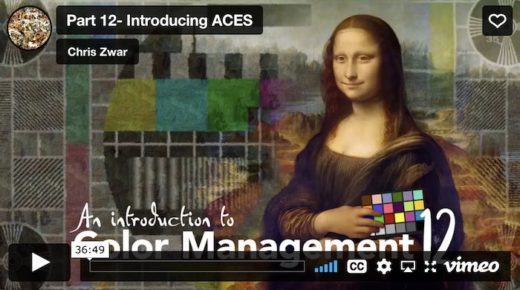 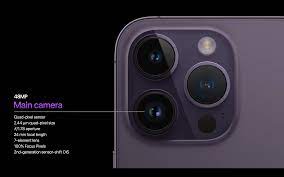 Meanwhile in Adobe Premiere Pro, there’s ongoing work on a tone mapping feature. Adobe shared how to handle blown-out HDR footage in the public Beta version of Premiere Pro in How To Troubleshoot HDR iPhone Footage in Premiere, According to Adobe by Michelle DeLateur. This is untested here at AEP, and apparently the files might not “display as intended since Premiere doesn’t read the Dolby Vision metadata” (unlike FCP). But many have found good if perhaps not exact results with the “Color Space Override with Rec. 2020” described in the article.

Preset previews haven’t always worked perfectly in the past, so if you have trouble with the current previews, check out Motion Island’s galleries for Text Animation Presets, Background Presets, Transitions Presets, Behaviors, and Distort Effects Previews.

Adding background and additions to the discussion of New Animation Presets in AE 23.0 is Jake in Motion, with Adobe FINALLY did it! \\ New After Effects Presets!

Creative Dojo has news and a beta feature demo with New Selectable Track Mattes in After Effects 23.0 (Beta) and Free Textures & Presets for After Effects and Premiere Pro.

{ motion design } I can never stress enough how cool and crazy it is that @5tu's THUMBNAIL COMP creator is – and the fact that it's available for FREE blows my mind.

A ridiculously powerful little utility, esp when it comes to color in After Effects.https://t.co/byaC2Wutkc

In 3 EASY Effects with a 360 Camera (Insta360 X3), Cinecom shows us how to create 3 simple but fun effects in After Effects using the Insta360 X3, an updated version of their 360° camera. They use the GoPro FX Reframe plug-in inside AE to animate the framing of the 3D world of the footage.

Good Boy Ninja‘s bold claim made you look: “This is Skew, and it will forever change the way you look at After-Effects [Thread].” Lots of people did look (there’s a healthy number of retweets and likes), including School of Motion and affiliates.

Check out the free tool too, Wiggle.

This is Skew,
and it will forever change the way
you look at After-Effects [Thread]https://t.co/IJbbrNIYke pic.twitter.com/IgvIZzXHeB

Hyper Brew has a few things up its sleeve…

This is amazing and fully embodies the Reddit comment I think about constantly that said After Effects is built to do things it wasn't built to do. https://t.co/l9xHJmXkpk

Also from Hyper Brew, and untried here, Version Raptor is a “name your price” version management tool for Premiere Pro and After Effects.

THIS After Effects Feature is MINDBLOWING (Mocap AI Images) from Cinecom shows you how to use the Mask Face tracking tool in After Effects, adding mocap tracking to Midjourney AI art in this tutorial video.

Ars Technica reports that the DALL-E image generator is now open to everyone! The first hit is free.

Experimentation with AI art has spread quickly. John Lepore at School of Motion has some general observations in Harnessing the Power of AI Art. Fstoppers also has some thoughts in Will Ai Art Kill The Artist?

Via befores & afters magazine, find out how Westworld leveraged the power of Unreal Engine’s in-camera VFX (ICVFX) technology to recreate outer space and the Moon for the Korean Netflix series, ‘The Silent Sea’.