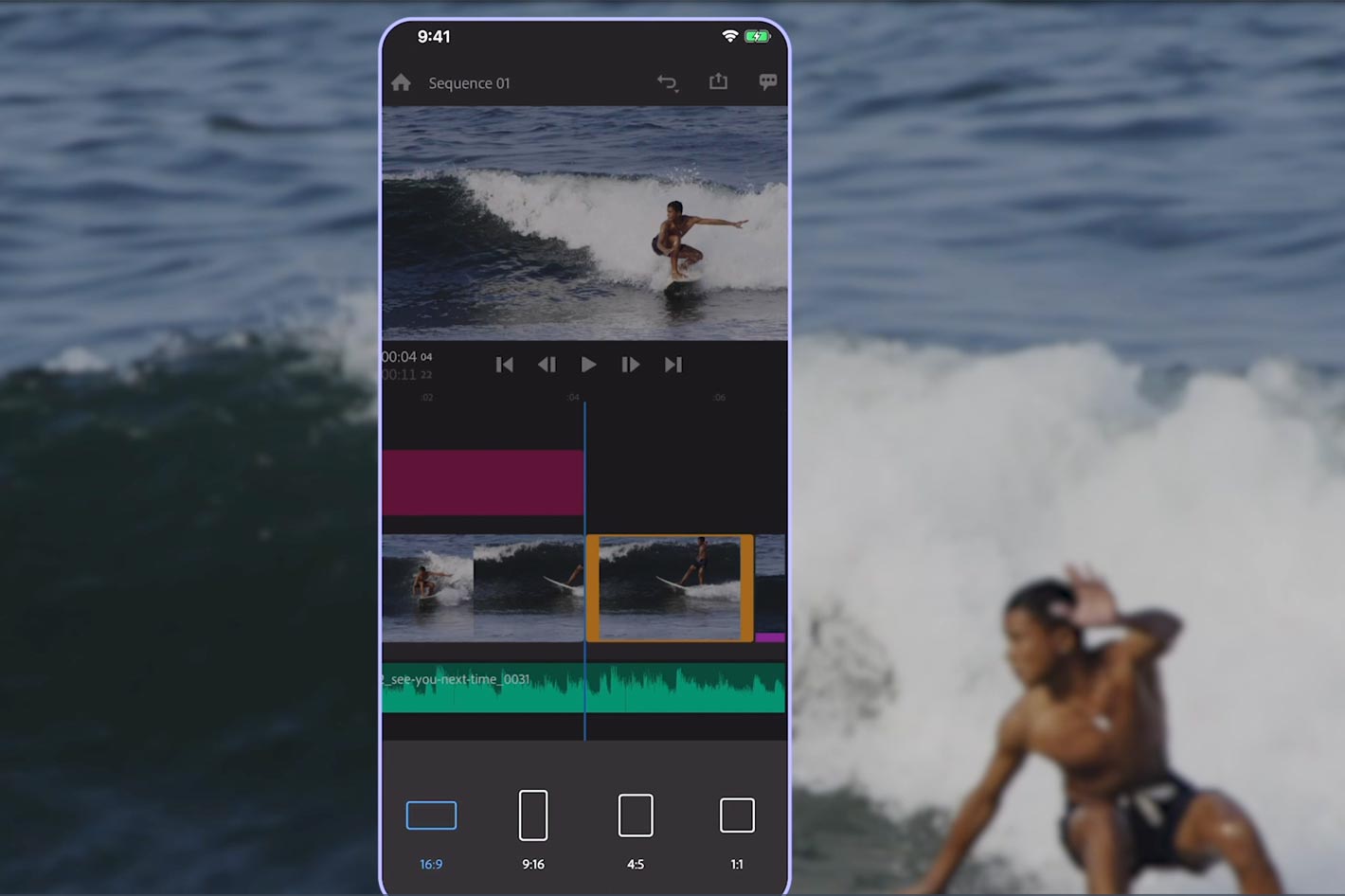 Designed specifically for online video creators,  Adobe Premiere Rush adapts to the times and now offers the possibility to automatically reframe clips with the click of a button.

First revealed in June 2018, Premiere Rush has been the target of continued development, with Adobe working with a small group of beta testers to refine the product experience and develop a road map that builds on the core tenets of the product. Simplifying video creation and sharing on platforms including YouTube and Instagram was and still is the aim of Adobe Premiere Rush CC, announced, as we mentioned back in October 2018, “with a starter plan that is free… but has limitations.”

We noted at the time that “Adobe is feeling the pressure of other NLEs, with Blackmagic DaVinci Resolve at the top of the list, so they used this edition of Adobe MAX to introduce their own take in the world of free NLE, with Adobe Premiere Rush CC, which can be used as a entry-level video editor to the world of Adobe.  First revealed in June this year, as Project Rush, the now named Adobe Premiere Rush CC is available free, in Adobe’s CC Starter Plan, but with a caveat: users can create an unlimited number of projects… but export up to three for free.” 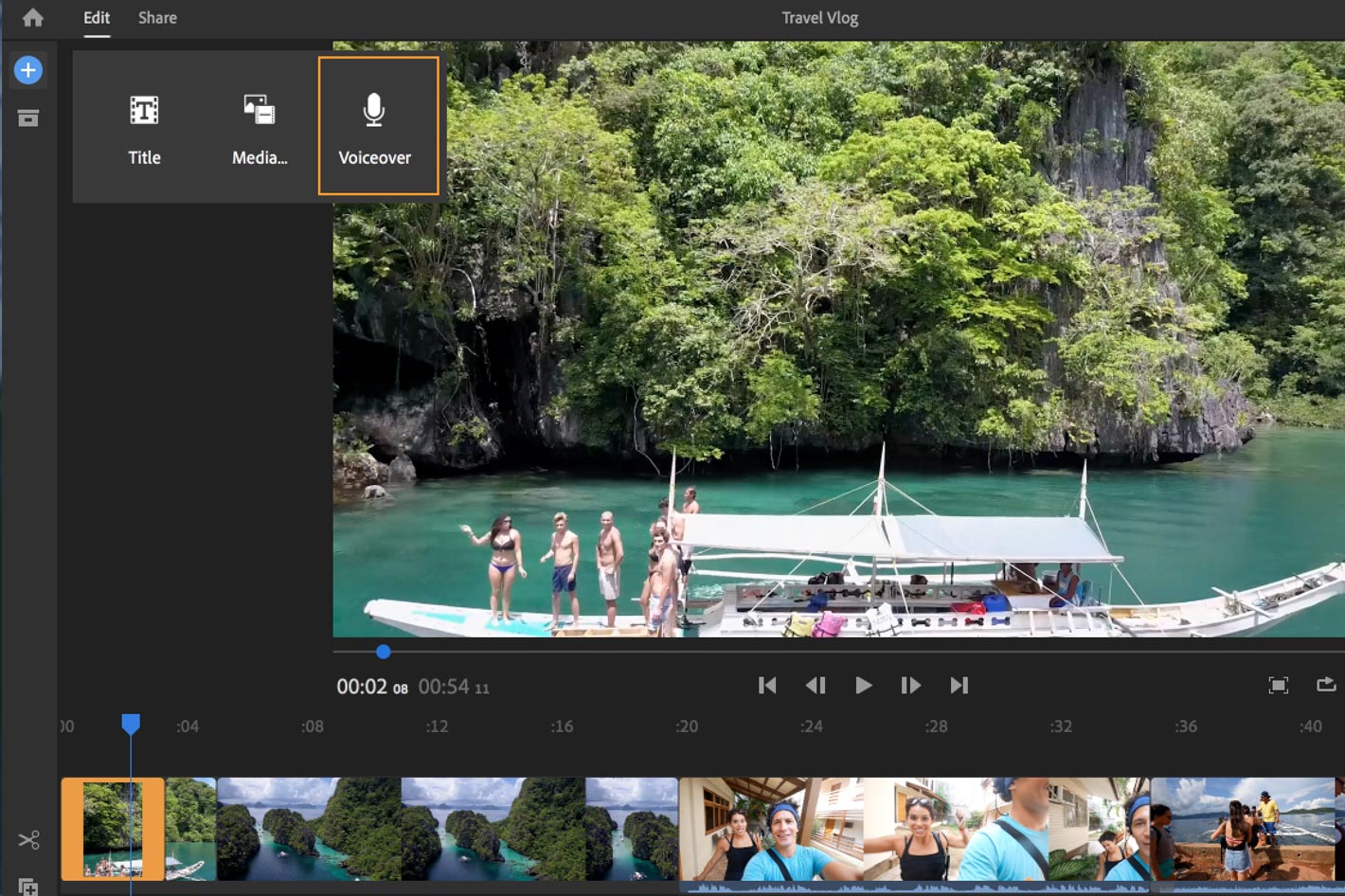 Designed specifically for online video creators, Premiere Rush CC integrates capture, intuitive editing, simplified colour, audio, and motion graphics with seamless publishing to leading social platforms like YouTube and Instagram, all together in one easy-to-use solution. With Premiere Rush CC,  said Adobe, when the app was launched, content creators do not have to be video, colour or audio experts to publish professional-quality videos.

We’re in 2020, and  Adobe Premiere Rush CC’s battle cry is easy to remember: “Go shoot. Go edit. Go share”  to which Adobe adds “Do it all with the app for creating and sharing online videos”. Now, users can do even more, as the company just announced that Auto Reframe – available in Premiere Pro – is a new feature in Rush. This Adobe Sensei-powered feature, which makes it possible to automatically reframe clips with the click of a button, is now available in the latest version of Premiere Rush.

Simplicity is a keyword for Adobe Premiere Rush, and this one-click trick joins features as the one-click auto-duck feature to adjust music and normalize sound, another Adobe Sensei-powered feature, this one present in Rush since the first day. One should also remember that the new NLE from Adobe harnesses the power of Premiere Pro CC and After Effects CC,  and offers built-in access to professionally designed Motion Graphics templates in Adobe Stock to get started quickly. It also allows access anywhere, enabling users to create compelling video projects – optimized for social distribution – on one device and publish from another with a consistent user experience across desktop and mobile. 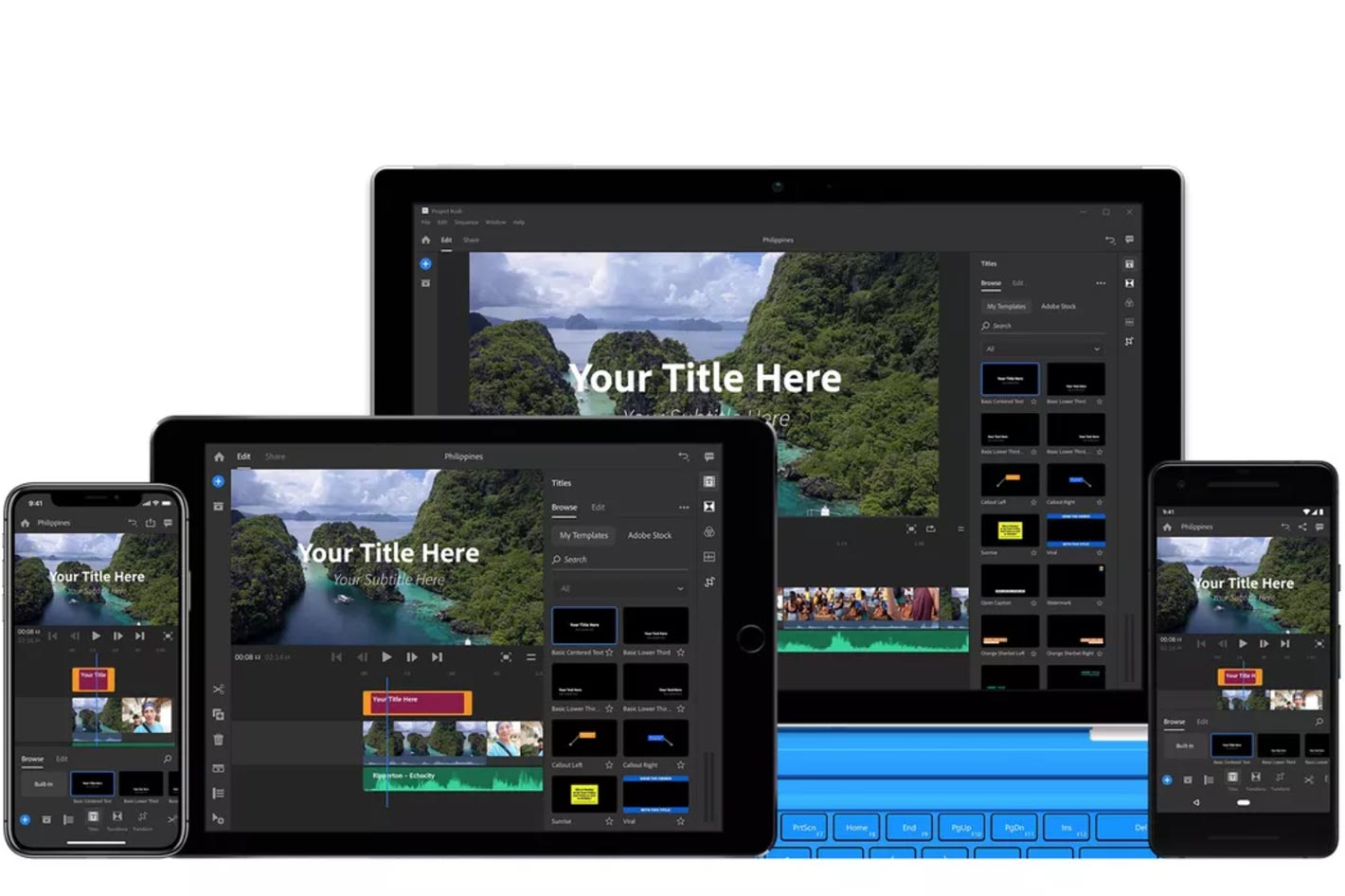 Auto Reframe means less trouble when adapting to different platforms. In fact, with videos being viewed on a wide variety of platforms and devices, it is difficult, sometimes, to optimize your content for different social platforms often means you need to create multiple versions of the same project. Auto Reframe automates the process of reformatting videos for different aspect ratios such as vertical, landscape, or square. Adobe Sensei features use AI and machine learning technologies to accelerate editing workflows, automating manual tasks without sacrificing creative control.

This was one of the most requested features for Rush, and it is finally available. Auto Reframe uses AI and machine learning to identify the point of interest in a frame and track it throughout a reframed video — saving hours of work.  The feature, originally previewed in June, also gives users the flexibility to easily fine-tune the results if needed.  With Auto Reframe, users can, as mentioned before, switch between landscape, square, and vertical asset ratios quickly and intelligently.