While the DaVinci Resolve 15 Studio, available to own for only $299, offers more features, the free version of the program is an excellent solution, even more so now, as it integrates 4 high end applications. 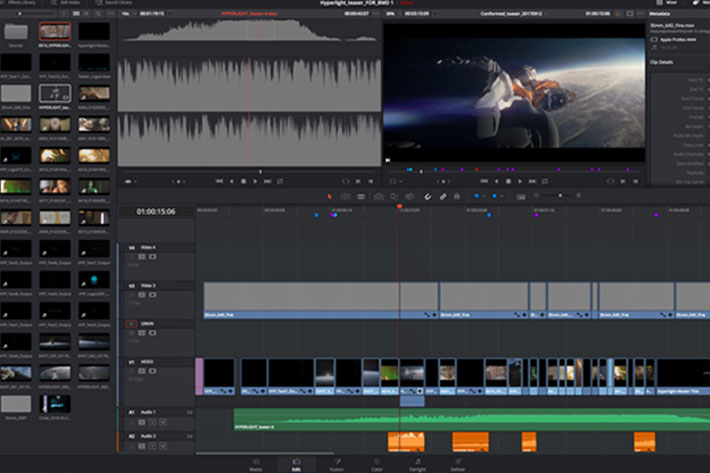 If you want to try a new NLE, think about DaVinci Resolve 15. The free version, says Blackmagic Design, “has more features than virtually every other paid application for post production.”

Recently released, DaVinci Resolve 15 represents a massive update to the program, and, as BlackMagic Design stated, is “the world’s first solution to combine professional offline and online editing, color correction, audio post production, multi user collaboration and now visual effects together in one software tool.” This version adds an entirely new Fusion page with over 250 tools for compositing, paint, particles, animated titles and more, and also includes a major update to Fairlight audio, along with over 300 new features and improvements that professional editors and colorists have asked for.

The ”magic” of it is that DaVinci Resolve 15 is available in a free version that, as Blackmagic Design states, “can be used for professional work and has more features than virtually every other paid application for post production”, and there is also a paid version, DaVinci Resolve 15 Studio, which is available to own for only $299. Yes, the program  has no annual subscription fees or ongoing licensing costs. As the company puts it, “DaVinci Resolve 15 Studio costs less than all other cloud based software subscriptions and it does not require an internet connection once the software has been activated. That means customers don’t have to worry about losing work in the middle of a job if there is no internet connection.” 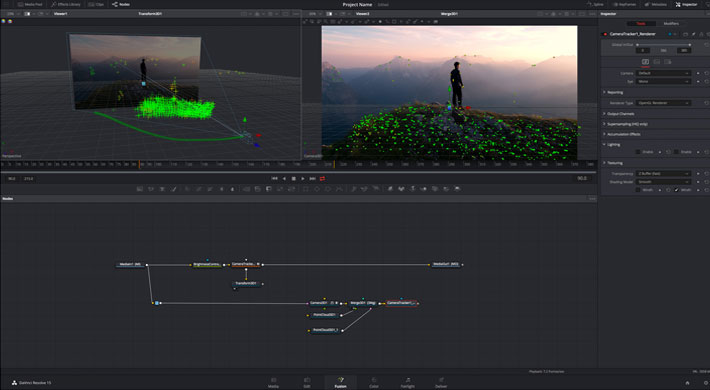 Blackmagic Design’s detailed overview of the new features is an important guide to read through, to fully understand what changed in DaVinci Resolve 15. The visual effects and motion graphics software Fusion, which was previously only available as a stand alone application, is now integrated. The entirely new Fusion page for feature film quality visual effects and motion graphics animation gives users a true 3D workspace with over 250 tools for compositing, vector paint, particles, keying, rotoscoping, text animation, tracking, stabilization and more.

Adding Fusion to DaVinci Resolve has been a massive project that will be completed over the next 12-18 months. The company says that users can get started using Fusion today to complete nearly all of their visual effects and motion graphics work, and adds that the standalone version of Fusion will continue to be available for those who need it. 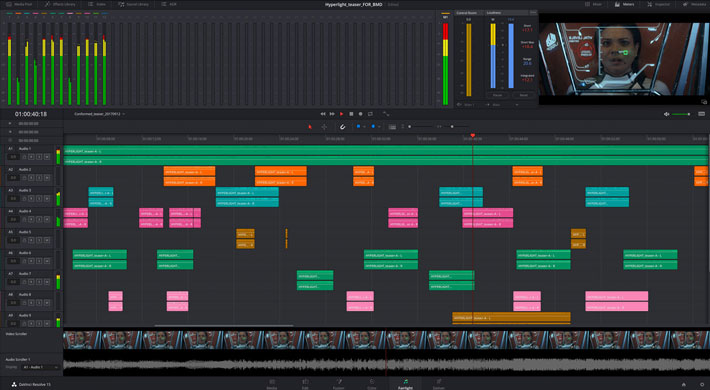 In addition to bringing Fusion into DaVinci Resolve 15, Blackmagic Design has also added support for Apple Metal, multiple GPUs and CUDA acceleration, making Fusion in DaVinci Resolve faster than ever. To add visual effects or motion graphics, customers simply select a clip in the timeline on the Edit page and then click on the Fusion page where they can use Fusion’s dedicated node based interface, which is optimized for visual effects and motion graphics. Compositions created in the standalone version of Fusion can also be copied and pasted into DaVinci Resolve 15 projects.

DaVinci Resolve 15 also features a huge update to the Fairlight audio page. The Fairlight page now has a complete ADR toolset, static and variable audio retiming with pitch correction, audio normalization, 3D panners, audio and video scrollers, a fixed playhead with scrolling timeline, a preset library for equalizer, dynamics, plugins and global track properties, shared sound libraries, and built in cross platform plugins such as reverb, hum removal, vocal channel and de-esser. With DaVinci Resolve 15, customers no longer have to worry about audio plugins when moving between Mac, Windows and Linux because the FairlightFX plugins run natively on all three platforms.

Blackmagic Design has listened carefully to feedback from professional colorists and editors, and DaVinci Resolve 15 includes over 300 new features and improvements that editors and colorists have asked for. That explains the company’s claim that “DaVinci Resolve is the fastest growing nonlinear video editor in the industry. It’s also Hollywood’s favorite color corrector.” In fact, references to the tool appear associated with more and more projects, and the free version of the program available may well attract aspiring cinematographers who will choose it for their projects – even more so now, as it offers the essential tools all under the same name – and maybe move from the free to the paid, no subscription model, version. 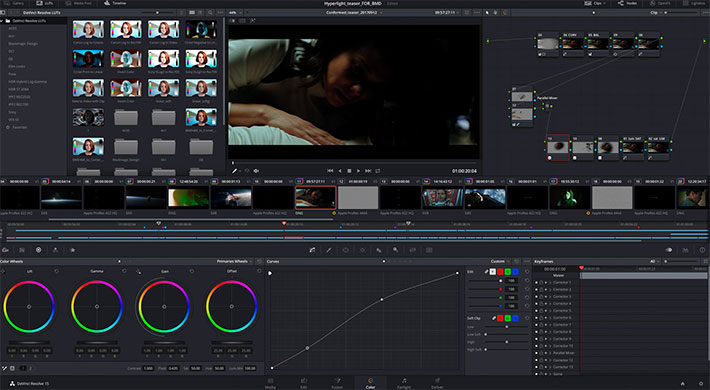 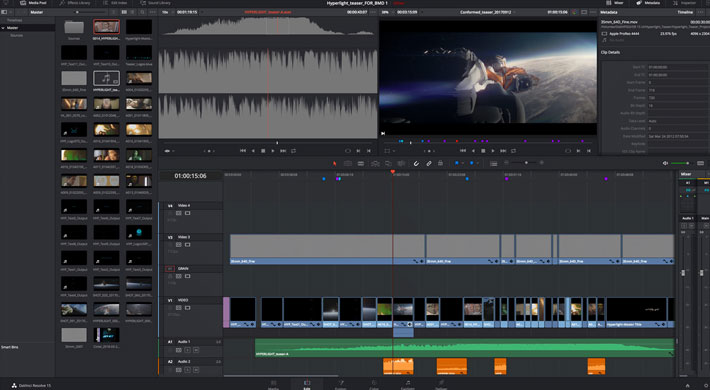 For the ultimate high speed workflow, customers can add a DaVinci Resolve Micro Panel, DaVinci Resolve Mini Panel or a DaVinci Resolve Advanced Panel. All controls are logically placed near natural hand positions and are made out of the highest quality materials. Smooth, high resolution weighted trackballs and precision engineered knobs and dials feature the perfect amount of resistance for accurately adjusting any setting. The DaVinci Resolve control panels give colorists and editors fluid, hands on control over multiple parameters at the same time, allowing them to create looks that are simply impossible with a standard mouse.

DaVinci Resolve 15 runs on all major platforms, including Mac, Windows and Linux, making it easy to integrate with existing systems and workflows. Users running Red Hat or CentOS Linux can even build their own workstations using low cost motherboards, extremely fast processors, massive amounts of RAM and up to 8 GPUs for incredible real time performance, adds Blackmagic Design. MacBook Pro users looking for ways to use DaVinci Resolve 15 should look at Blackmagic’s eGPU recently announced.