Since Geraint Williams founded ADI nearly twenty five years ago, the company has grown to become a global pioneer in the creation, management, and distribution of video content and the technology that supports it. The company supports huge events and installations throughout retail and large sports venues, delivering both the infrastructure and the content to entertain and excite audiences. Today, ADI uses a video workflow that includes Adobe Anywhere and Adobe Creative Cloud to connect teams, venues, and partners with their target audiences.

Since Geraint Williams founded ADI nearly twenty five years ago, the company has grown to become a global pioneer in the creation, management, and distribution of video content and the technology that supports it. The company supports huge events and installations throughout retail and large sports venues, delivering both the infrastructure and the content to entertain and excite audiences. Today, ADI uses a video workflow that includes Adobe Anywhere and Adobe Creative Cloud to connect teams, venues, and partners with their target audiences. 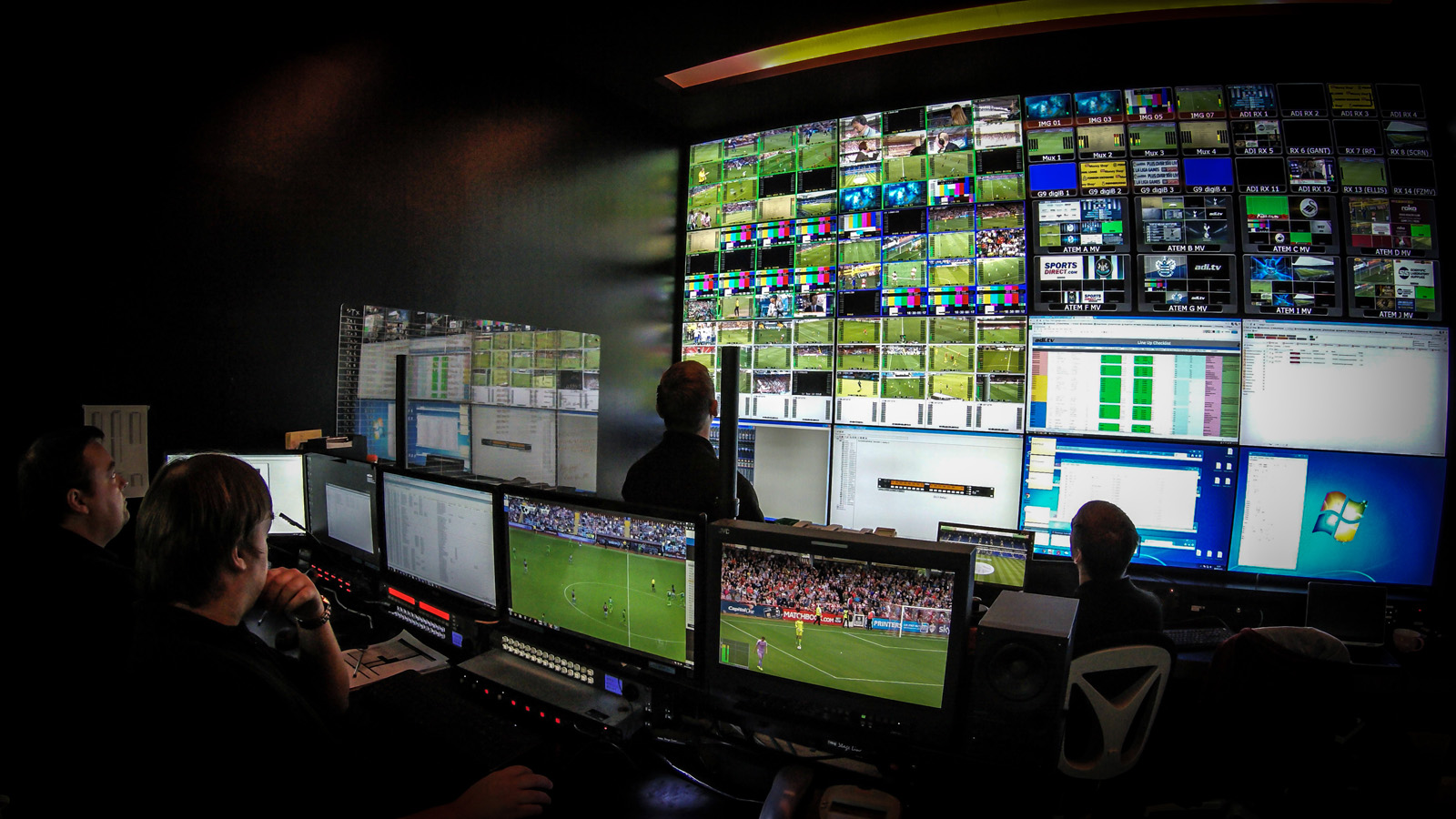 Adobe: Tell us about the importance of content in your business.
Williams: ADI were pioneers of the large LED screen movement in the UK – we installed the first stadium LED screens in the UK at Villa Park back in 1997. We became really well known for our large screen video installations and to this day a significant part of our business is deploying large-format daylight LED screens in retail and sports venues. We realized early on that what really matters to our customers in this space isn’t screen hardware but the content that goes on it and our continued success really has been built around that mindset.

Adobe: Tell us more about your business model.
Williams: Our business is really four businesses in one. We have a business that sells media sponsorship and advertising within the sports industry. We also have a systems engineering business that specializes in the installation and integration of technology within retail and sports environments, such as installing giant daylight LED screens. Through our rental business we also hire large mobile LED screens for festivals and global sporting events. Lastly, we produce amazing material to support live events.

ADI owns and operates a Live Venue network, the second largest broadcast fiber optic network in the UK. We have more than 100 venues connected to our network, including all 72 football league stadiums and all PL stadiums as well as major broadcasters and we’re instrumental in the delivery of English football to audiences across the globe. In addition to providing the gateway to get footage out of the venues, we operate a content business for clubs. 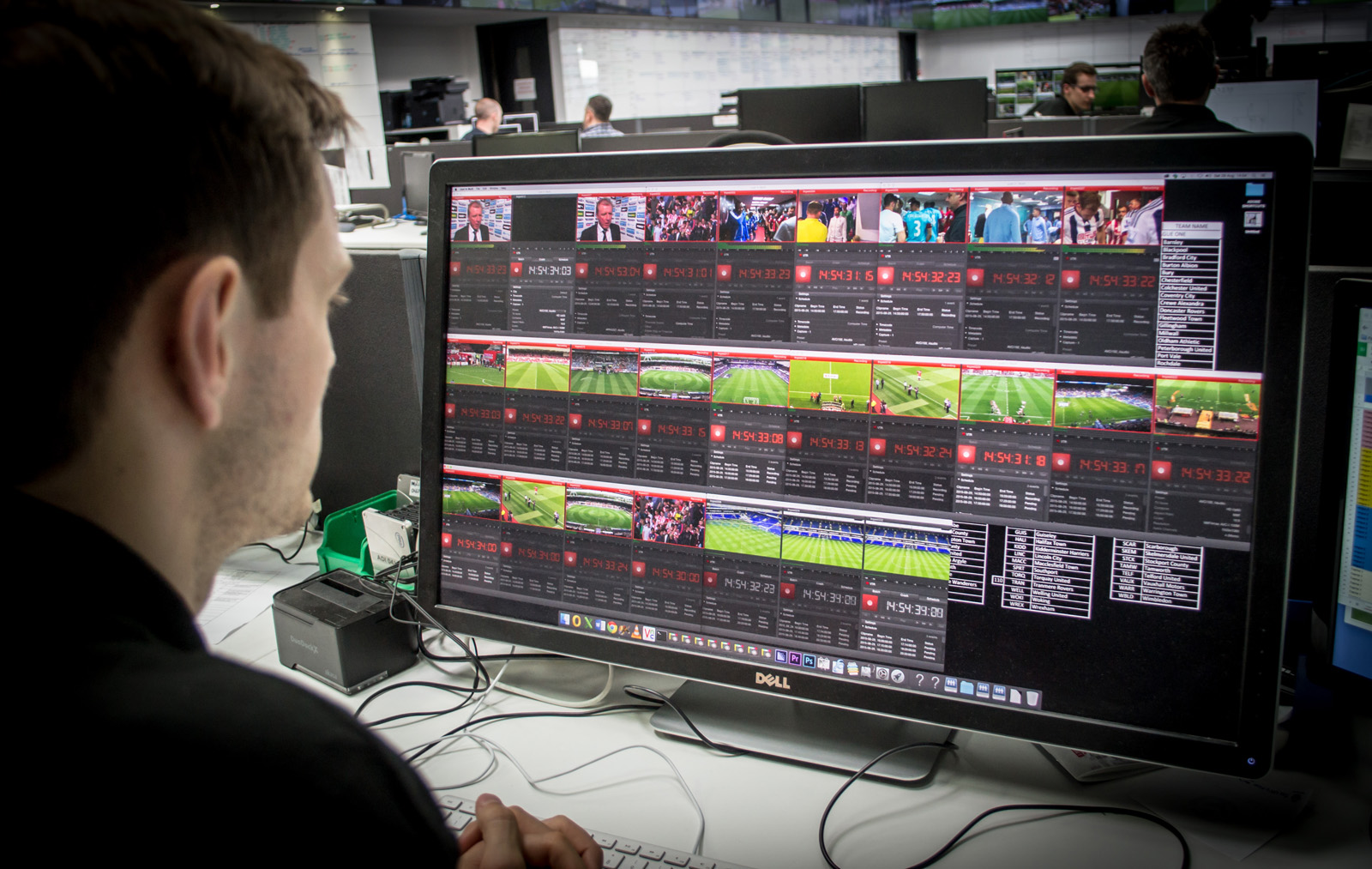 Adobe: What type of content do you produce?
Williams: For sports venues we create pre-match programming as well as highlights throughout a match, delivered remotely over the Live Venue network from galleries at our HQ directly into screens and signage throughout stadiums.

During the first half of a match we’ll have an editor in each gallery editing highlights in real time so when fans get to the concourse during halftime the highlights are playing for them to see. We also shoot a lot of high-end video on RED cameras and are able to quickly and easily edit in Premiere Pro without transcoding. These atmosphere enhancers that play prior to kick off to get the crowd behind the team, and the high-quality workflow plays an important role in raising the production value inside the stadium.

Adobe: How do you use Adobe Anywhere?
Williams: We use Adobe Anywhere in house when we’re creating video for use inside venues. We are 150 people strong in the UK and we have 30 people on the creative side of the business who create and manage the video and graphics. We do everything in-house and then deploy and deliver it entirely end-to-end.

Adobe: Do you see any other use cases for Adobe Anywhere?
Williams: We are also looking to provide Anywhere as a technology platform to enable multiple parties to access and utilize content from a central hub. So broadcasters can more efficiently access and edit the recorded material from live events, whilst club’s departments can access the same match content to utilize for their own usage, whether that’s their media departments to deliver unique content to fans or for their sports science departments to analyse on-pitch performance. 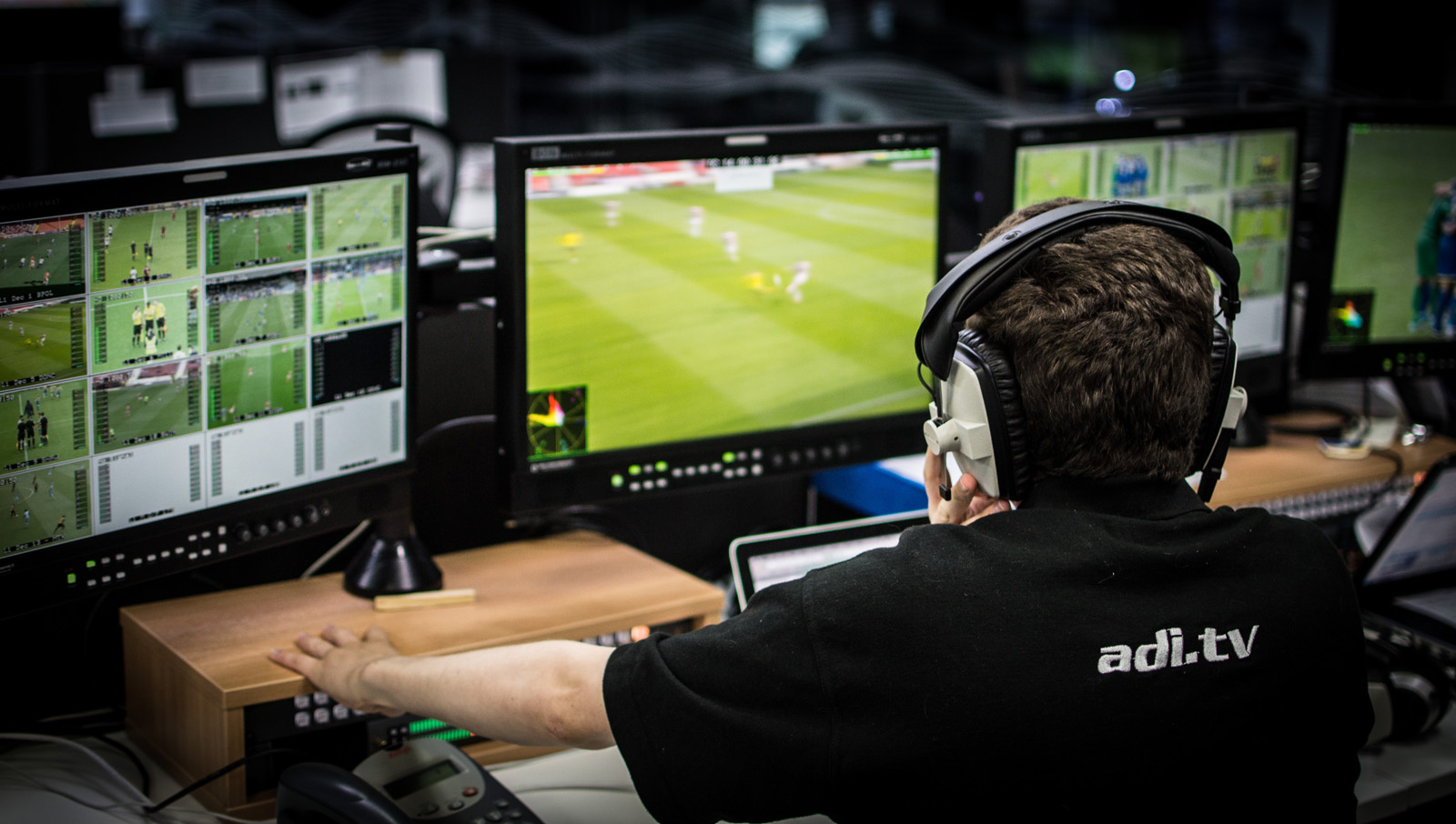 Adobe: How are you working with Sky TV?
Williams: We’ve been working with Sky TV using Anywhere and Premiere Pro on a project for the English Football Leagues One and Two test that has just gone live for the new season. The workflow sees Sky using Adobe Anywhere to clip up goals and key moments from matches across two leagues and to distribute these internally for use across multiple programmes and platforms.

There’s two real elements to the service. In previous seasons, content for Leagues One and Two was only recorded locally, before being motorbike couriered to an upload point for ingest, resulting in the footage not being made available until many hours after the final whistle. The rollout of our Live Venue fibre network now means that HD feeds are available in real time at our centralized Sports Hub.

For Sky, Adobe Anywhere allows them to access the HD match feeds on the network and edit the non-linear video with Adobe Premiere Pro CC, without having to ingest and transfer every minute of each match into their own system. It’s vastly more efficient both in terms of time and resource which ultimately brings higher quality footage to fans far more quickly. 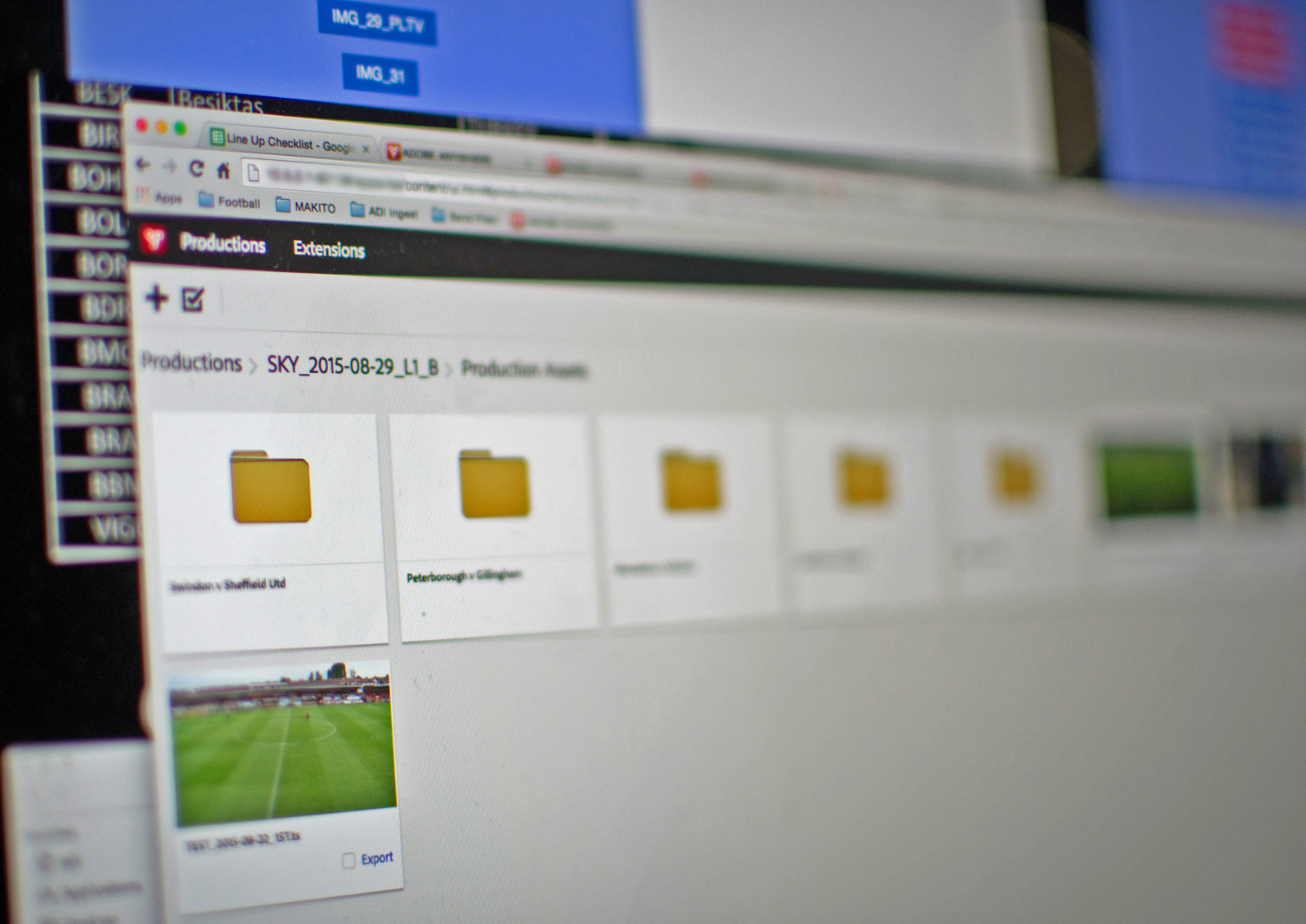 Adobe: How is Adobe Creative Cloud used by your marketing team?
Williams: In marketing, we use everything from Adobe Photoshop CC and Lightroom for photo editing to Illustrator CC and InDesign CC for creating brochures and sales sheets. Of course, we also use Premiere Pro for any and all videos we produce. We work in a very visual business— photos and video are what we trade in—so having access to everything in Creative Cloud is so important for us and tools such as Lightroom allow for important efficiencies in our workflow. We used to update our Adobe Creative Suite software every three years or so. With Creative Cloud, we get everything as soon as it is available so we always have the most up to date releases.

Adobe: What’s next for your business?
Williams: There are two strengths that we’re looking to build on. One is providing further broadcasters with more access to video directly through our fiber hub and the second is working with clubs who need help accessing, storing, and editing recorded game footage. Our long term aim is to provide Adobe Anywhere as a hosted platform so clubs don’t have to build their own platforms. We believe there is a huge opportunity for them to build their businesses both on a fan entertainment and a sports-science level and we want to help them succeed.