The recent Xperia Pro-I announcement was not just about a smartphone, as Sony also revealed a vlogging accessory for the device, and announced it aims for zero environmental load by 2050.

Along with the announcement of the new Xperia PRO-I smartphone for photographers and videographers, Sony introduced a Vlog Monitor to use with the device. Will you buy it?

Vloggers have a wide choice of products available to them and now Sony Electronics introduces one more: the Xperia Pro-I smartphone paired with a Vlog Monitor, an accessory for selfie-style shooting. The company says that with the new Vlog Monitor users can improve their mobile vlogging kit, in fact leveling-up mobile vlogging. With an aspect ratio of 16:9 on a 3.5-inch LCD (1280×720) screen and a metal holder, the new accessory also features a magnetic detachable design, making it easy to attach and detach to the holder. 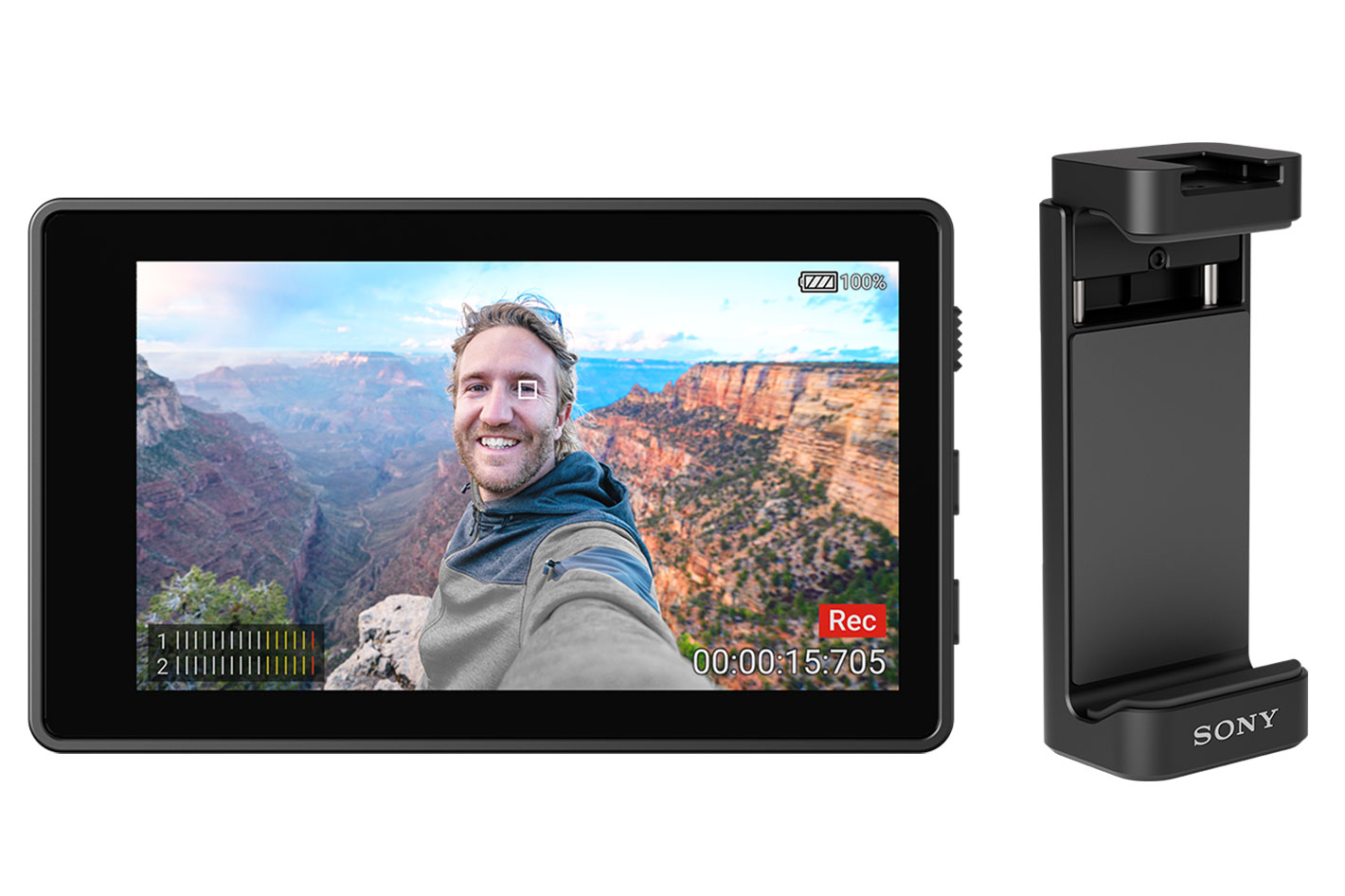 Sony says that by attaching the Vlog Monitor (model: XQZIV01), the Xperia PRO-I’s 1.0-type sensor lets the user film themselves with outstanding imaging quality for vlogging, sharing videos with friends, family and more. The user can see exactly what they’re recording to create truly memorable content. When shooting with the Xperia PRO-I and the Vlog Monitor, the user can easily connect a Bluetooth shooting grip, such as the GP-VPT2BT (sold separately) to easily start/stop recording without touching any buttons on the Xperia PRO-I itself. 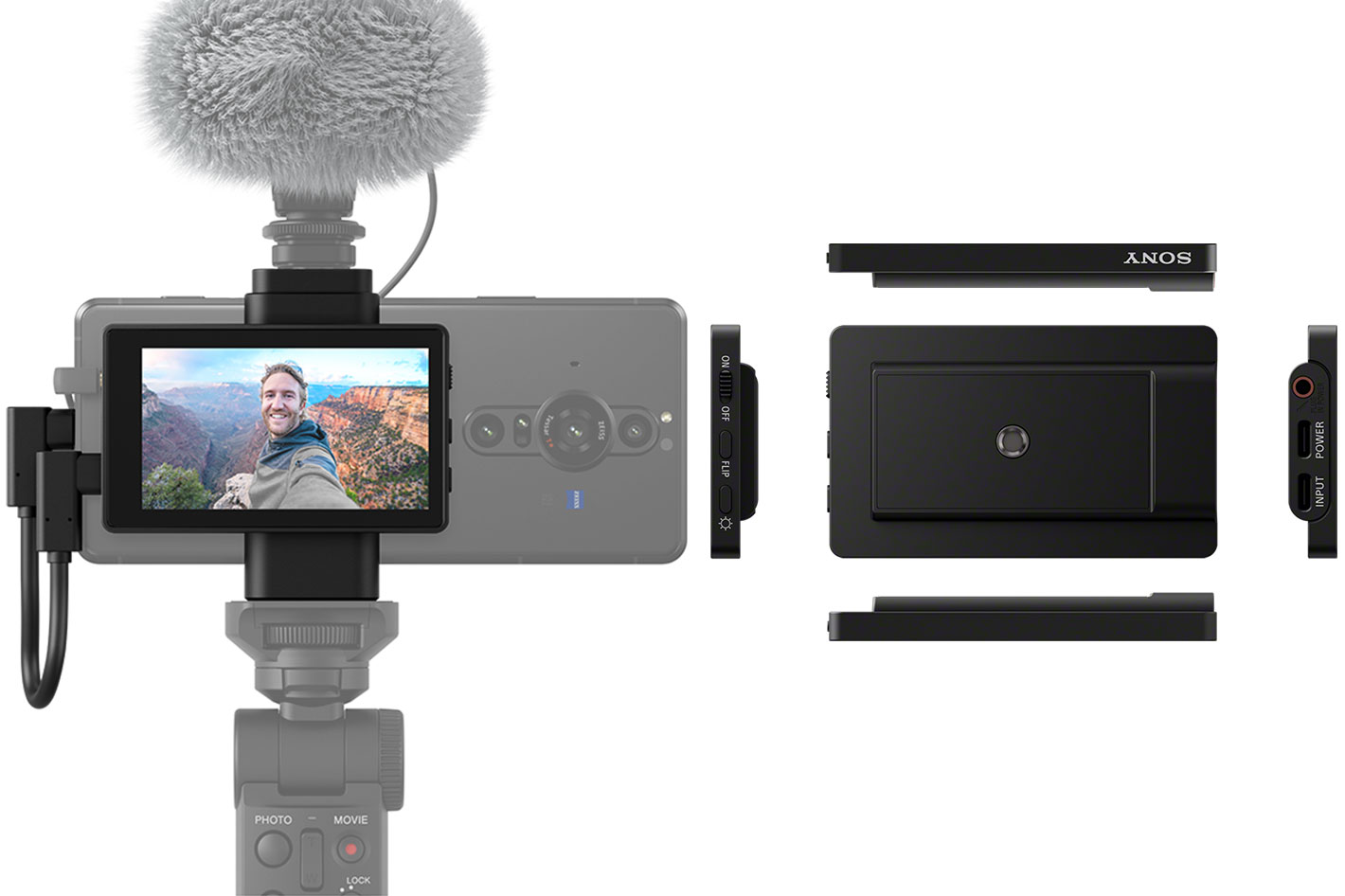 Is this the ideal vlogging kit?

The user can also display the screen when using “Photography Pro” or “Videography Pro” by connecting the Vlog Monitor to a smartphone with the supplied connection cable. In addition, since it is equipped with a USB Type-C port for supplying power from an external power source, users can shoot while supplying power to both the smartphone and accessories.

Now, while all this sounds interesting, there is a problem of price, if you’re vlogging: the Xperia PRO-I smartphone costs approximately $1,800.00 USD and the Vlog Monitor will cost approximately $200.00 USD, meaning you’ll pay approximately $2000.00 USD to vlog with a Sony Xperia PRO-I smartphone. I know this is an imaging device that also has other features from making calls to watching movies and listening to music or playing games, but… if you’re a vlogger, are you willing to pay the price? 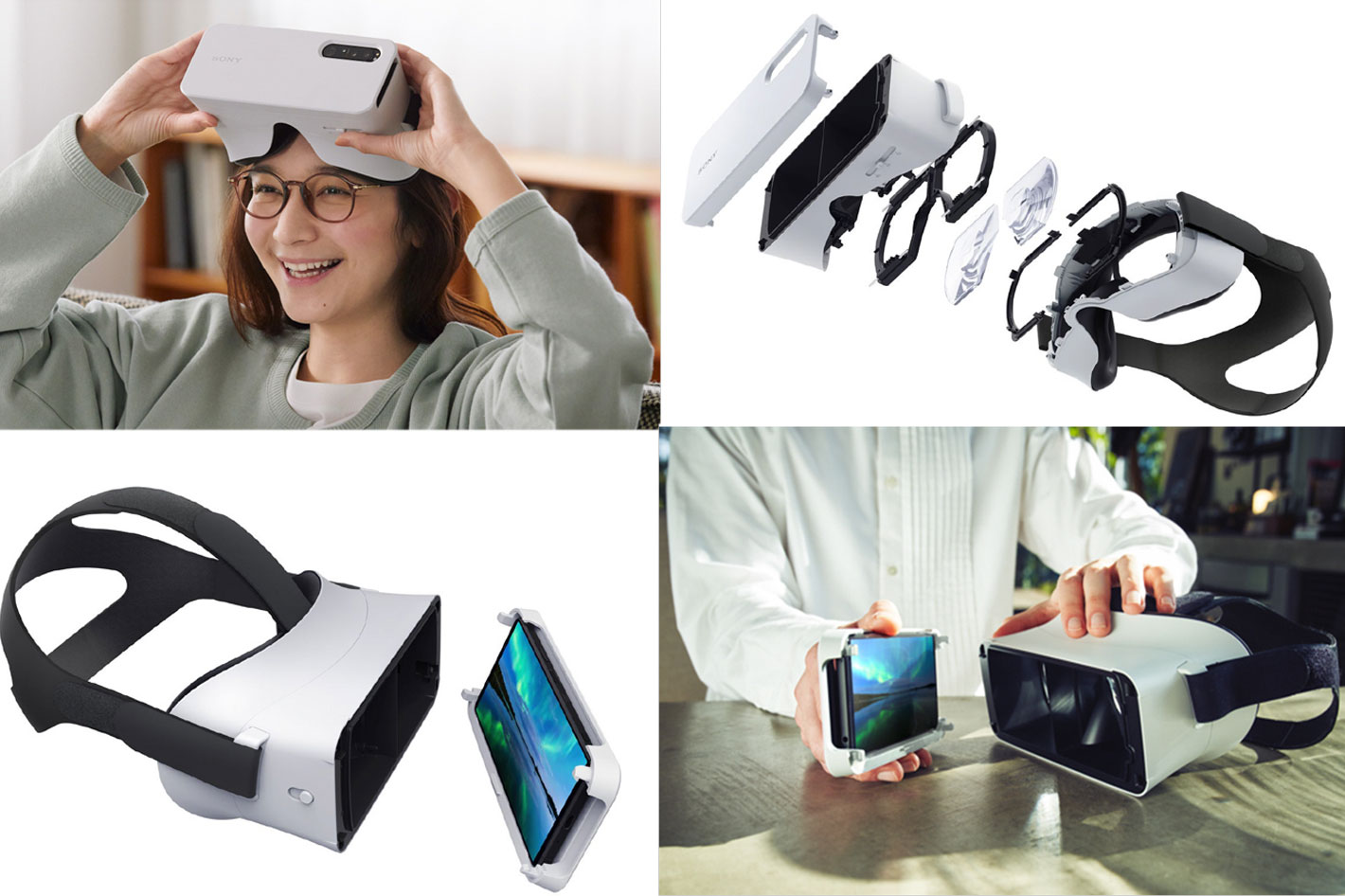 The images also mention previous editions of the Xperia family, an indication that Sony may have plans to use the smartphones as powerful VR devices for non-tethered experiences. One of the images points to the use of 8K HDR 360 VR, but not much information is available from Sony. 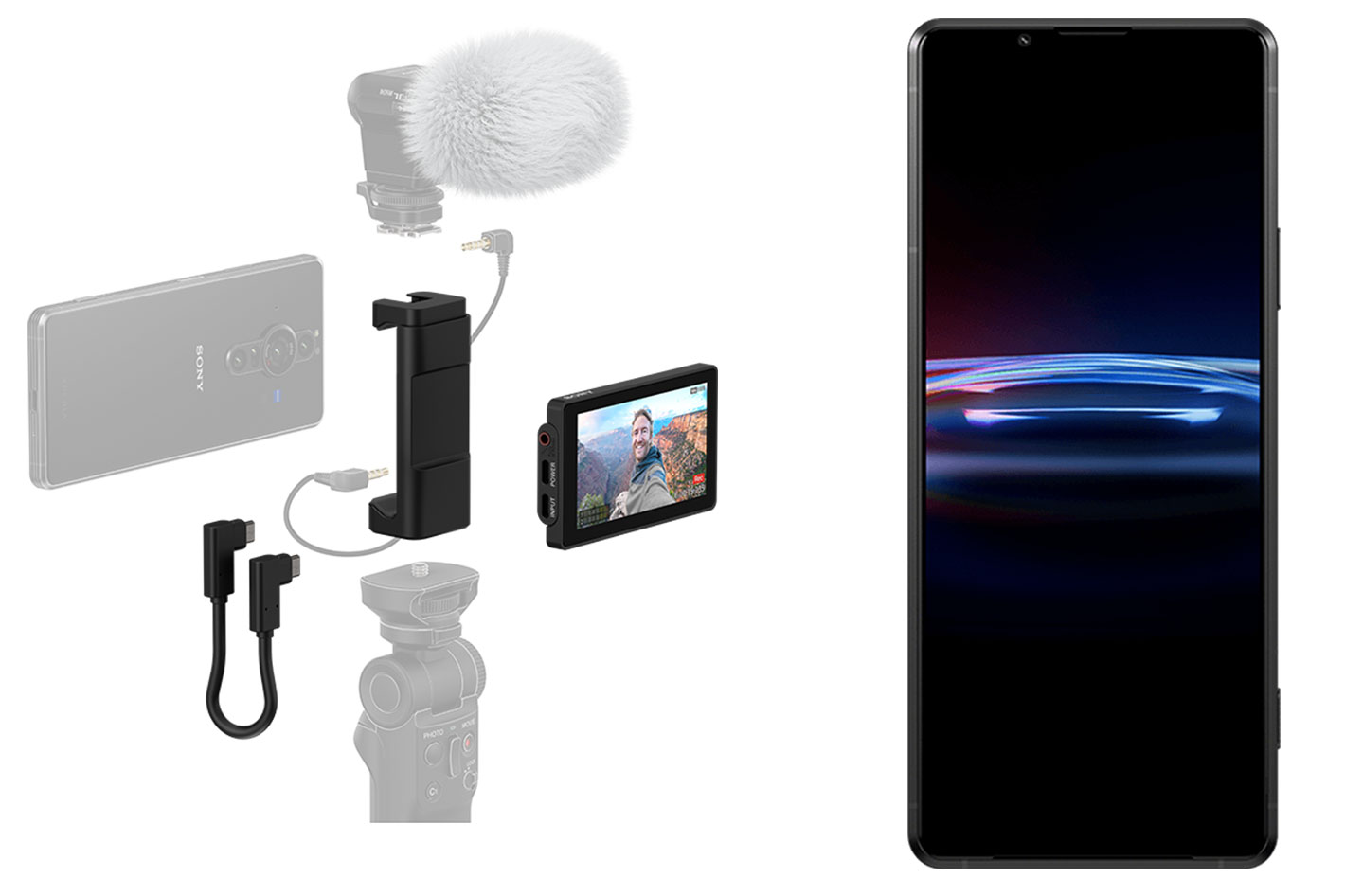 With the introduction of the Xperia PRO-I and the Vlog Monitor Sony also announced the Sony Group has set an environmental plan “Road to Zero” aiming for zero environmental load by 2050. As part of this, Sony has set a medium-term target from 2021 to 2025 as “Green Management 2025” (GM2025). In GM2025, one goal is to “totally eliminate plastic packaging materials” in our portable products, and Xperia has so far reduced the use of plastic in packaging, eliminating plastic components or replacing them with paper materials. Examples include replacing plastic film lamination with abrasion-resistant varnish.

As a culmination of this, Xperia PRO-I is the first Xperia to use no plastic in the individual packaging by using paper as the packaging material that directly wraps the product itself. Sony will continue to work toward zero environmental impact.