Fujifilm announced the development of the 4K broadcast lens, the FUJINON UA107X8.4 AF (Advanced Focus), the world’s first box lens that features the Advanced Focus function*1. The UA107x8.4 AF is due to be released in the spring of 2020. 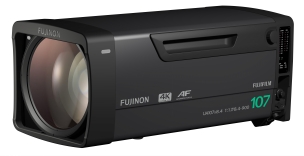 Among the features that make this lens a perfect choice for covering live sports and entertainment are High Dynamic Range (HDR) and vivid color reproduction. In addition to using aspherical and fluorite elements** to effectively control various types of aberration, the company’s unique multi-layer coating (High Transmittance Electron Beam Coating) boosts the rate of light transmittance, making it possible to deliver vivid color reproduction, as well as HDR-based rich tonal gradation, even under bright sun or at dusk.

The UA107x8.4 AF is a revolutionary product that will transform the way video is produced, as it allows for shooting high image quality 4K video with ease.

The penetration of 4K-compatible large-screen television in recent years has increased opportunities for enjoying ultra-high-definition 4K video. As such, advanced skills are required from camera operators to manually achieve fast, precise focusing. To meet the needs of today’s videographers, Fujifilm has developed a 4K-compatible broadcast lens equipped with the AF function.

* Among 4K-compatible broadcast lenses as of August 19, 2019, according to Fujifilm

** Lens element made of fluorite, which has a characteristically small chromatic dispersion in light transmittance and refractive indices. It enables optical design with minimal chromatic aberration. 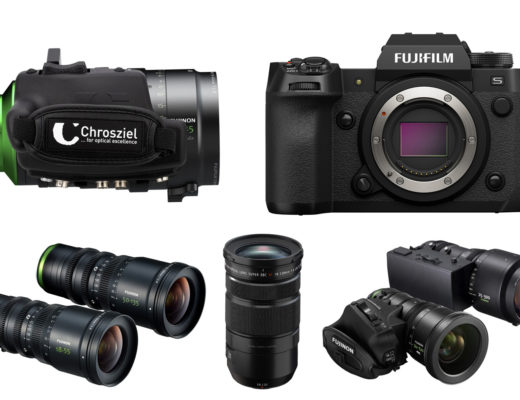