NAB Show 2015: Monday, April 13, 2015 – following a crative teaser video earlier this week, 3DR Launches their innovative new “smart” quadcopter to the world with truly smart features. The new 3DR Solo will be demonstrated in their booth at NAB throughout the week. 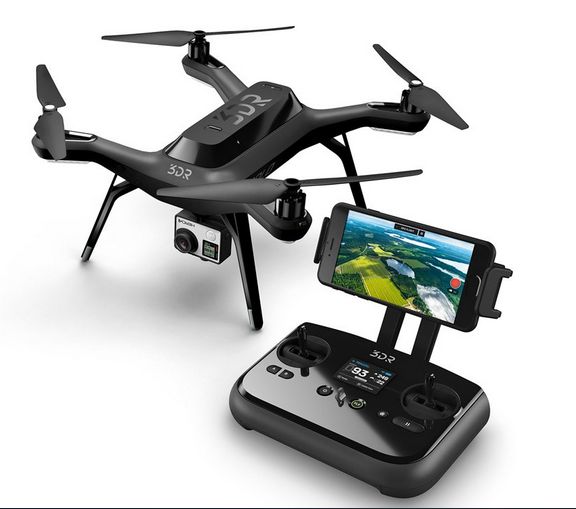 The world’s smartest drone is also the easiest to fly. With features like pushbutton flight and computer-assisted Smart Shots, the 3DR Solo makes it easy for anyone to get professional aerial photos and video. Solo is powered by two 1 GHz computers for the best and smoothest aerial photography experience imaginable, including many world-first technologies and a host of built-in safety and support features. And it’s the only all-in-one drone to offer live video streaming in vivid HD from your GoPro® directly to your mobile device—at ranges up to half a mile. 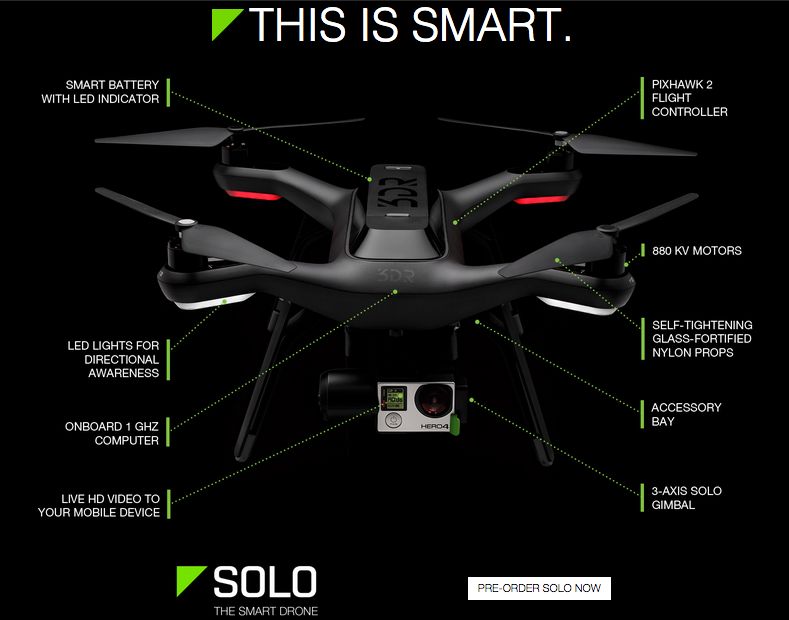 Solo runs two 1 GHz computers, one on the copter and one in the controller, connected via a powerful dedicated WiFi signal. This enables Solo to do amazing things that no personal drone has ever been able to do.  Its powerful and one-of-a-kind computer-assisted Smart Shot modes allow Solo to fly itself so you can focus on shooting; the perfect photo or video is always just a few taps away. Solo is also the first all-in-one drone to offer live streaming of HD video from your GoPro directly to your mobile device, as well as built-in HDMI for live broadcast in HD. 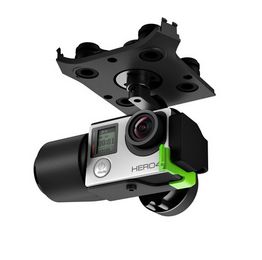 3DR worked directly with GoPro® to make the first gimbal in the world to offer full access to GoPro® controls during flight. Instantly start or stop recording video, snap photos and adjust multiple camera settings from the ground. The 3-axis Solo Gimbal intelligently stabilizes and controls the GoPro®, allowing you to adjust camera tilt either manually or automatically, and even powers the GoPro® so its battery won’t die midflight. The Solo Gimbal also streams perfectly stable and fluid live HD video to virtually any screen, including mobile devices, from over half a mile away. 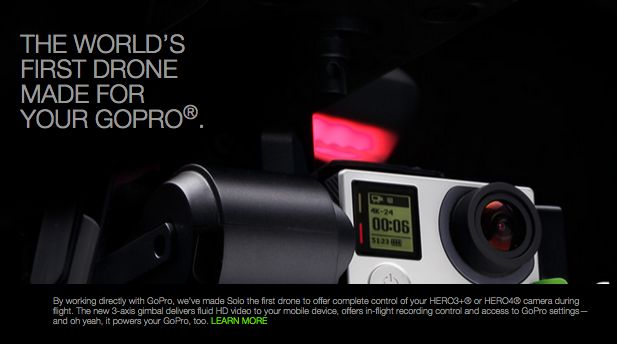 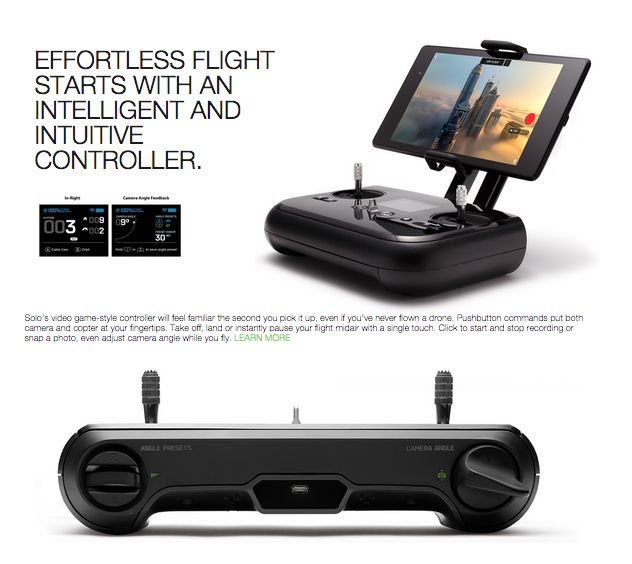 A new ergonomic controller built specifically for aerial photography. Its video game-style design breaks from the clunky and complicated RC tradition, so it feels familiar to even new pilots. And in keeping with the video game theme, we even gave the controller a pause button—an airbrake you can hit at any time to stop Solo midflight. 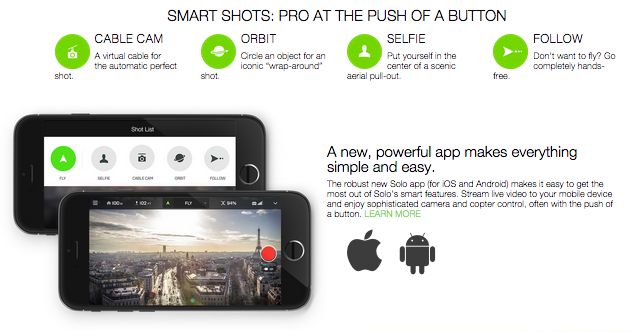 A free full-featured mobile app for both iOS and Android. Choose between a live view from the camera or a satellite view of your selected shot, control your GoPro, change how the controller responds to commands and even change the color of Solo’s LED lights.

NOW Available for Presale through DSLRPros.com for $1399.90 (and soon though B&H Photo)