This edition of the Sundance Film Festival is mostly online this year, due to the pandemic, meaning you can participate in some events, even if you’re on the other side of the world. The Festival is now open. 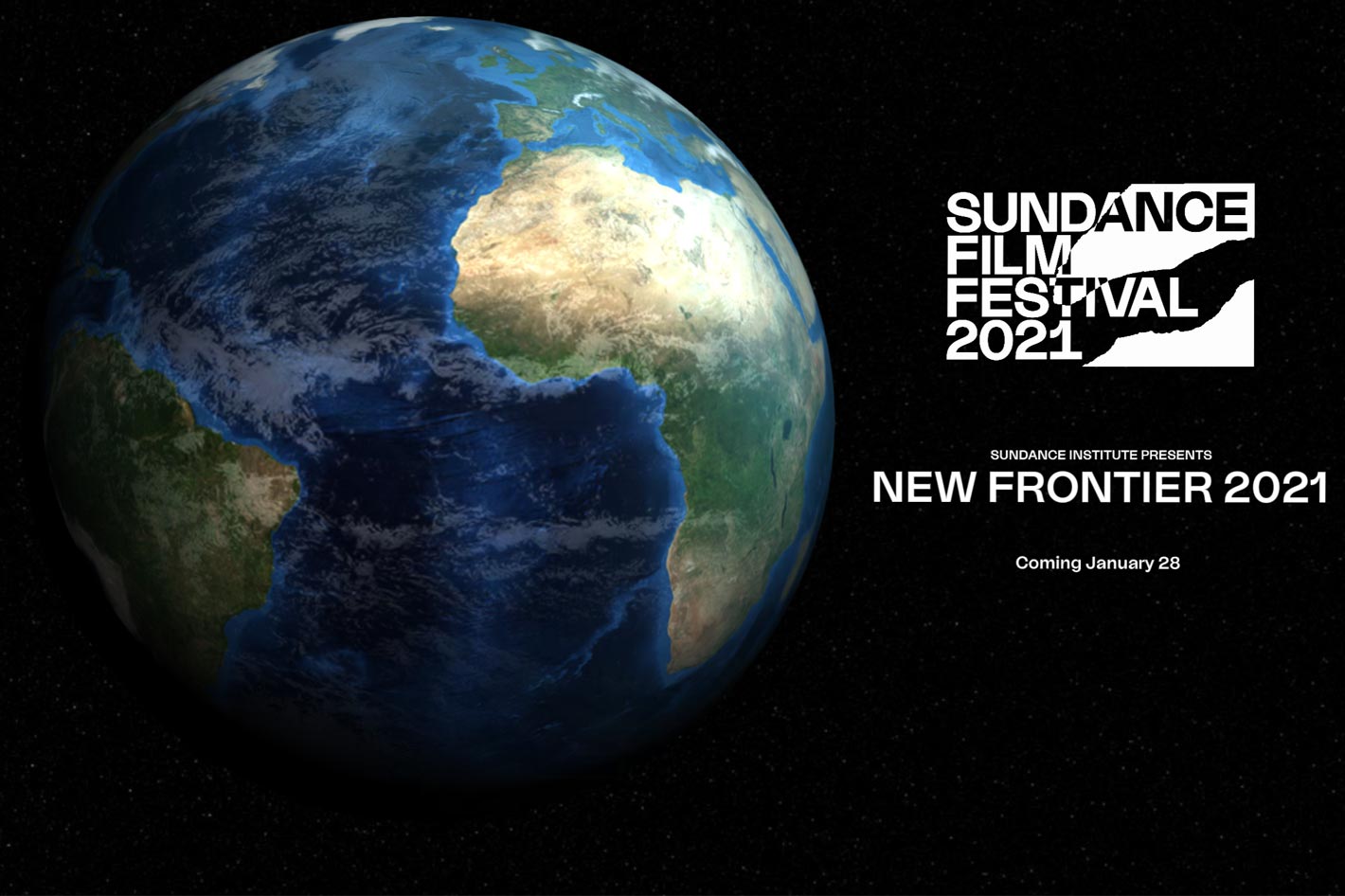 New Frontier, Sundance’s section for interactive, immersive XR projects has a new online home this year, and for some of the events you need a VR headset to explore the creativity of the authors.

As ProVideo Coalition noted previously, the 2021 Sundance Film Festival is expanding to screens everywhere. To participate you need to get your single film tickets for premieres and second screenings, which may be difficult by now as they’re sold out, apparently. Still available is the Explorer Pass, which costs $25 USD, for on-demand access to New Frontier, Shorts, and Indie Series programs.

Since its launch, the Sundance Film Festival’s New Frontier has served as a showcase for dynamic, innovative work at the crossroads of film, art, and technology — and 2021 is no exception, with 14 works in the program. This year, though, the Utah festival follows what other events, from Cannes to Venice, have done, as a result of the pandemic, with many of its events happening online.

If you’re interested in VR and AR one of the areas which you can check online is the New Frontier, which, for the first time ever, invites adventurous audiences around the world to join as avatars to engage with the works, the artists, and each other via a bespoke virtual platform, accessible via computer and VR headsets. The organizers say that participants are also invited to attend the Film Party after the premiere to chat about what they saw. The 2021 Sundance Film Festival runs from January 28th to February 3rd. 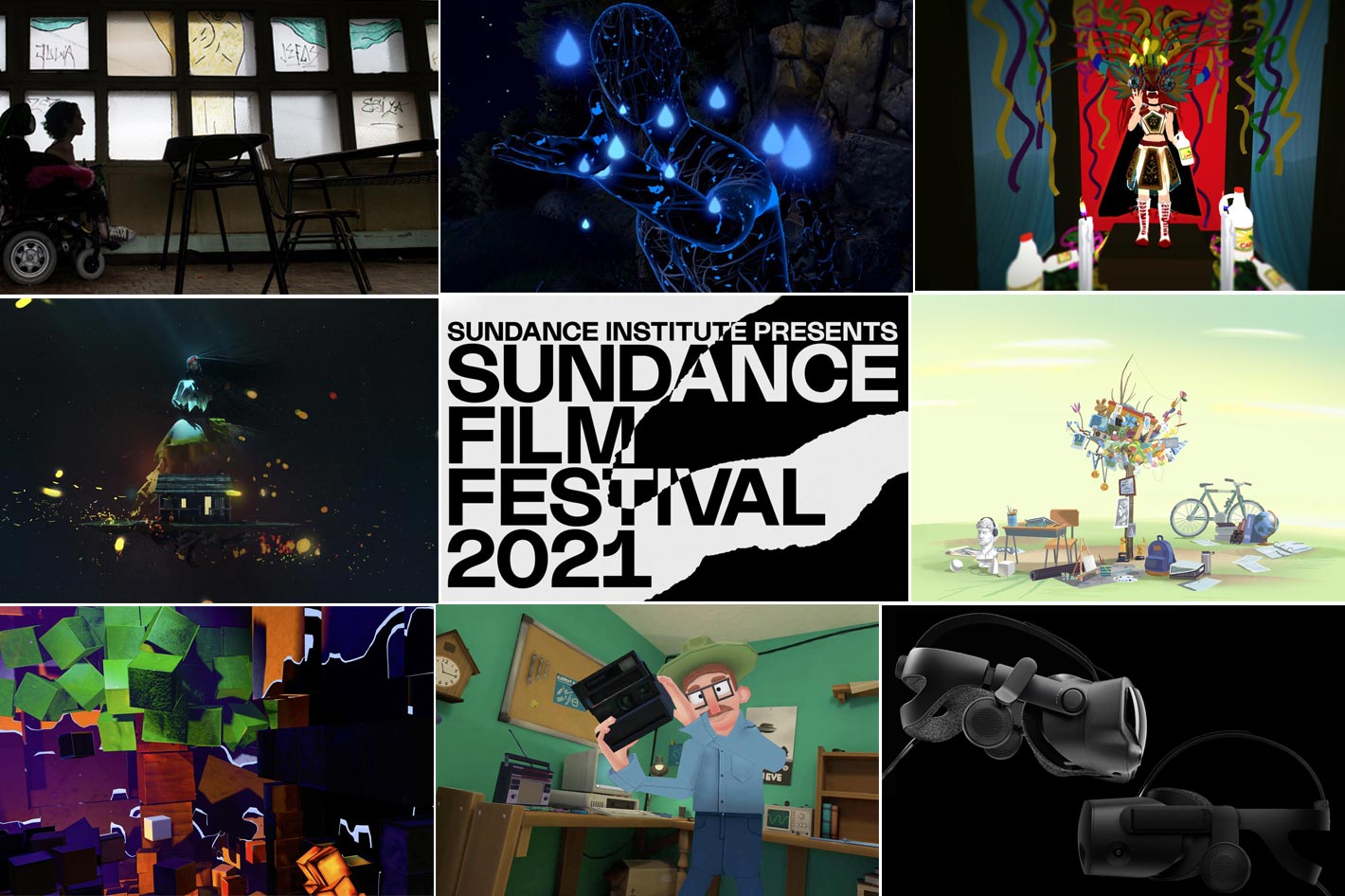 The VR and AR projects and performances are available on-demand throughout the Festival with purchase of a pass. Here is a selection of some of the VR projects – and Tinker, a performance – you can watch at the New Frontier, with information about each of them provided by the organizers of the Sundance Film Festival: 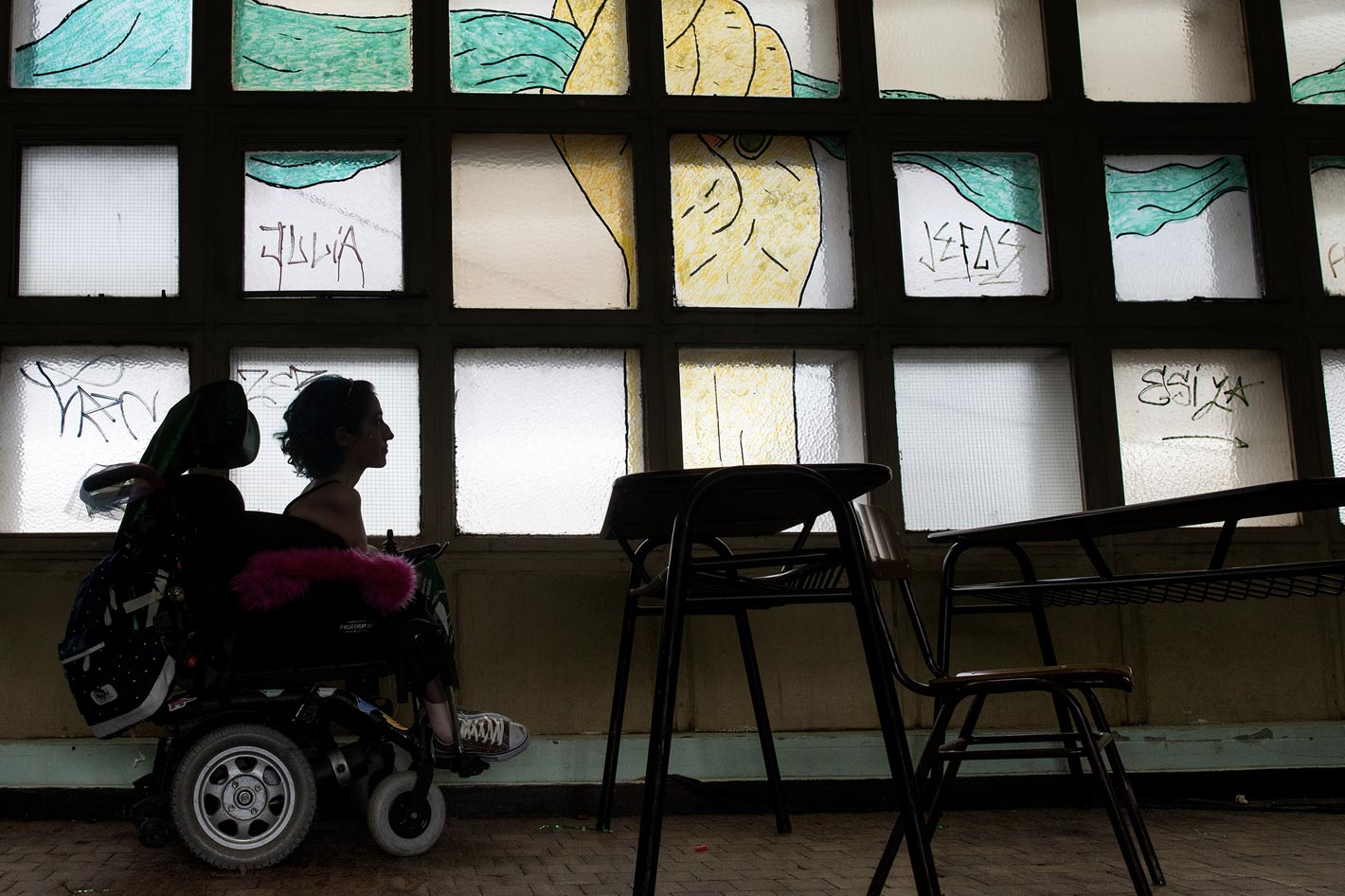 This beautiful mix of live-action and animation tells the story of Juana, a spunky 17-year-old wheelchair user who aims to explore her sexuality. Trying to find her place in a new school, she endures failure, friendship, fear, and politics as she builds her sense of pride. 4 Feet High consists of four 360-degree films and six episodes made for TV. The episodic series can be viewed on demand on the Festival’s Indie Series Program.
Device needed: VR Headset 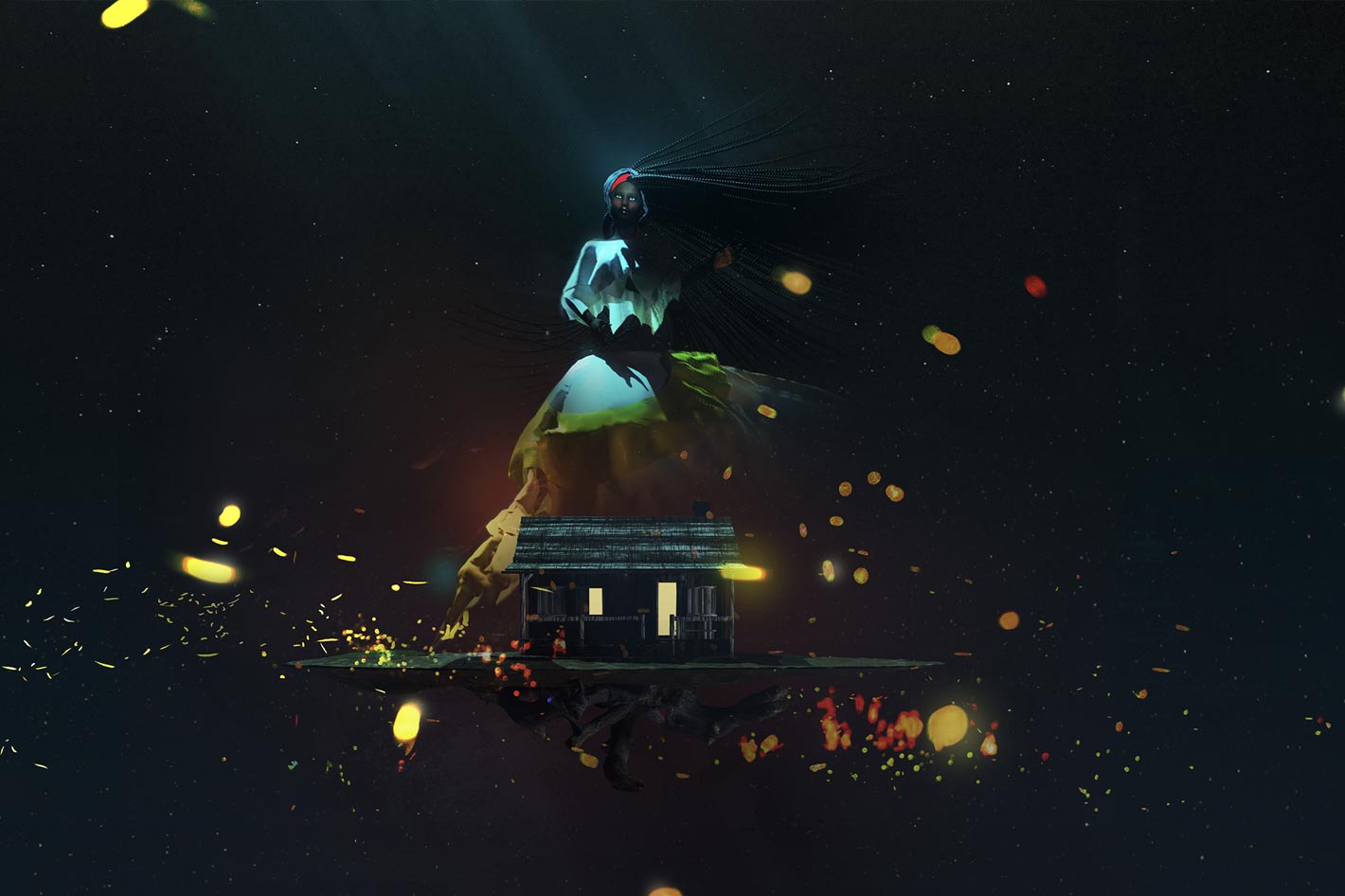 This immersive, episodic experience uses time travel and magical realism to pilgrimage through the evolution of racial violence in the U.S., making vital connections between the past and present. Episode 1 introduces the time travel portal—the Cracker House—and begins with a police altercation in a quiet suburb of modern-day New Jersey. The police altercation leads to mass incarceration and a slave warehouse, while hurtling toward a glimpse of a radiant post-racial utopia.
Device: Desktop-tethered VR Headset 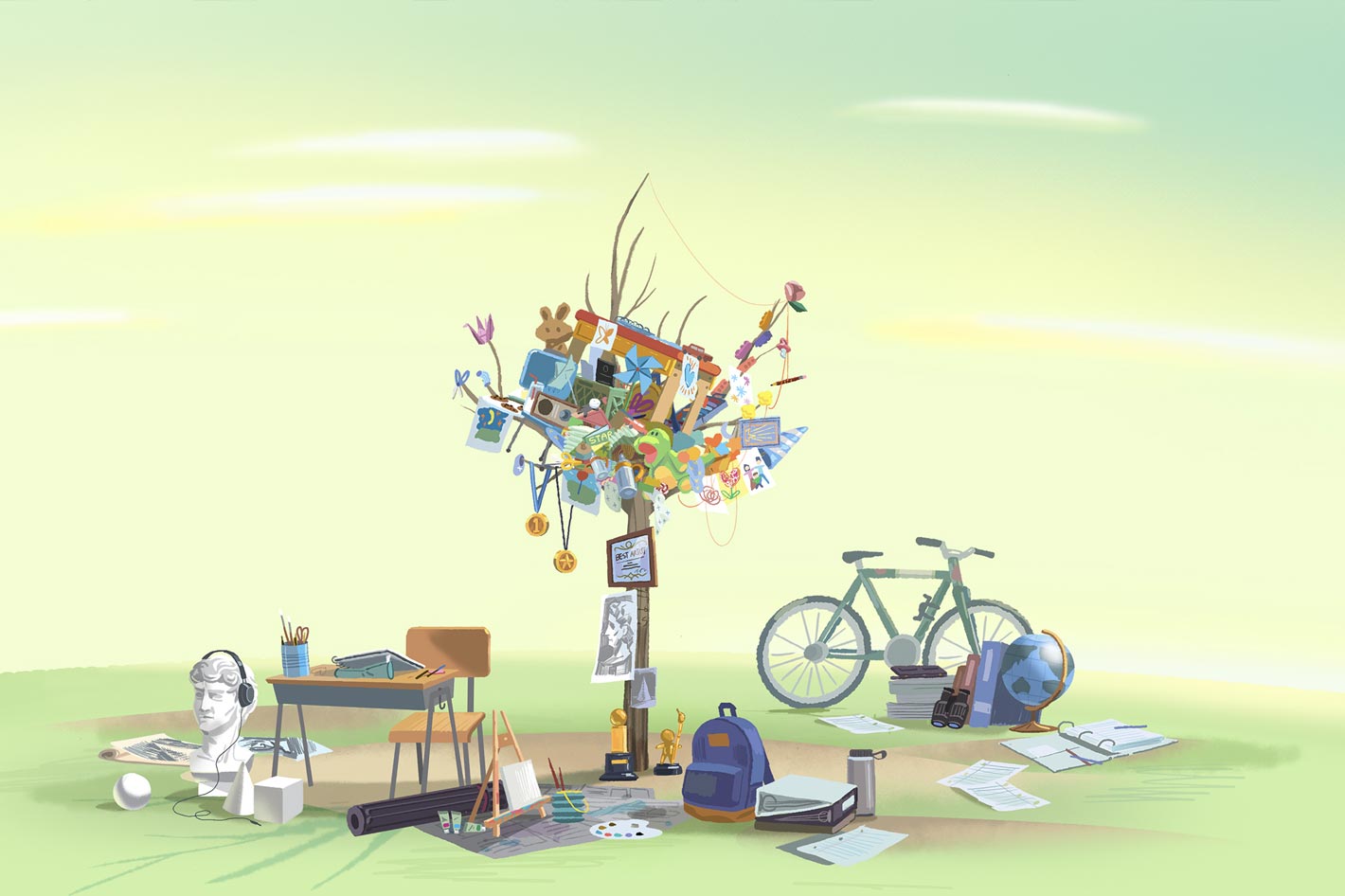 This evocative, immersive experience follows the journey of a man from birth to the end of his life, with the entire journey taking place on a grassy knoll next to a seed that grows into a sapling and, eventually, a fully mature tree. Namoo, which means “tree” in Korean, collects meaningful memories in its branches—from pacifiers, stuffed animals, books, and favorite scarves, to broken glasses and objects from times the man would rather forget.
Device: VR Headset 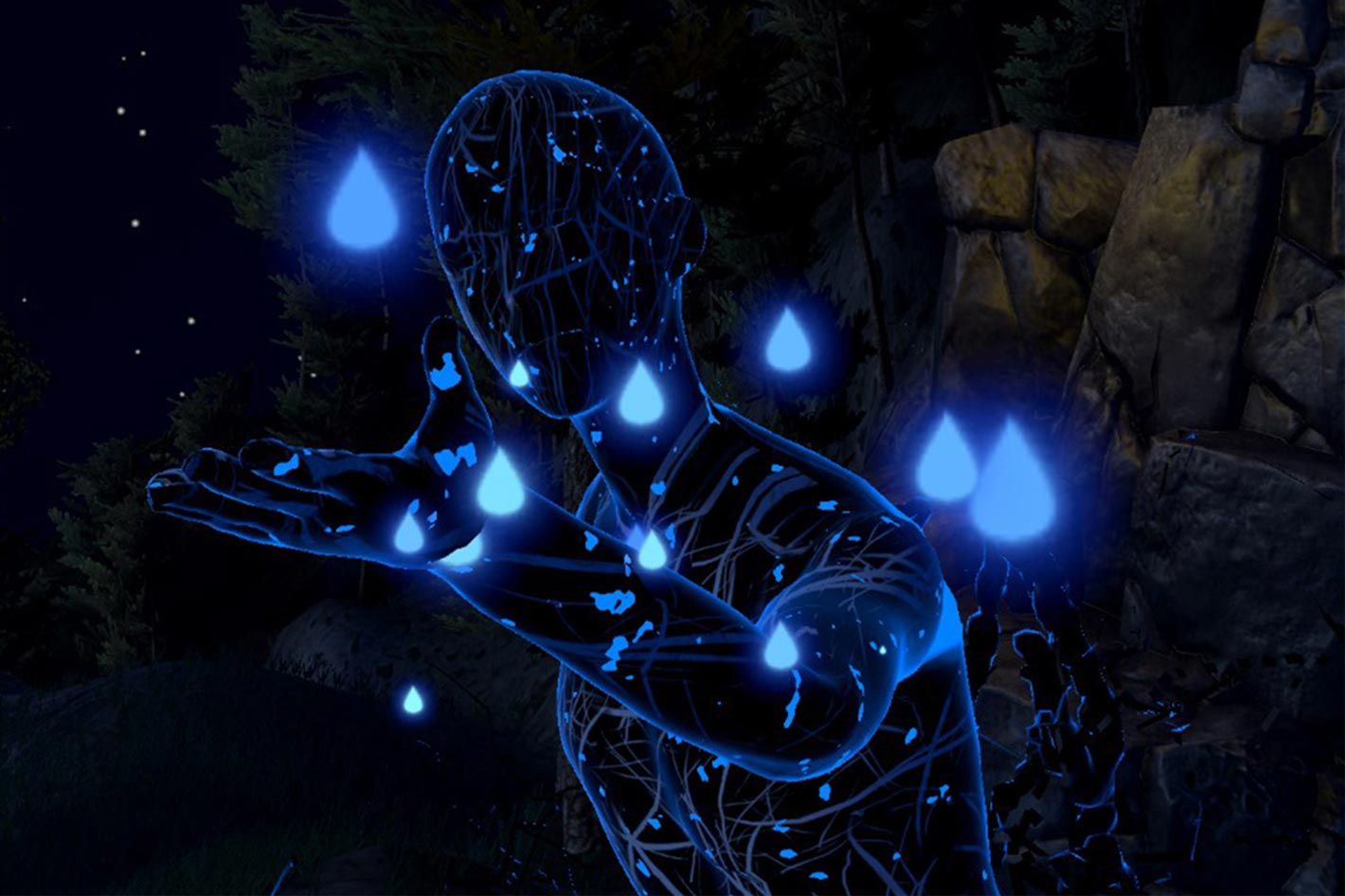 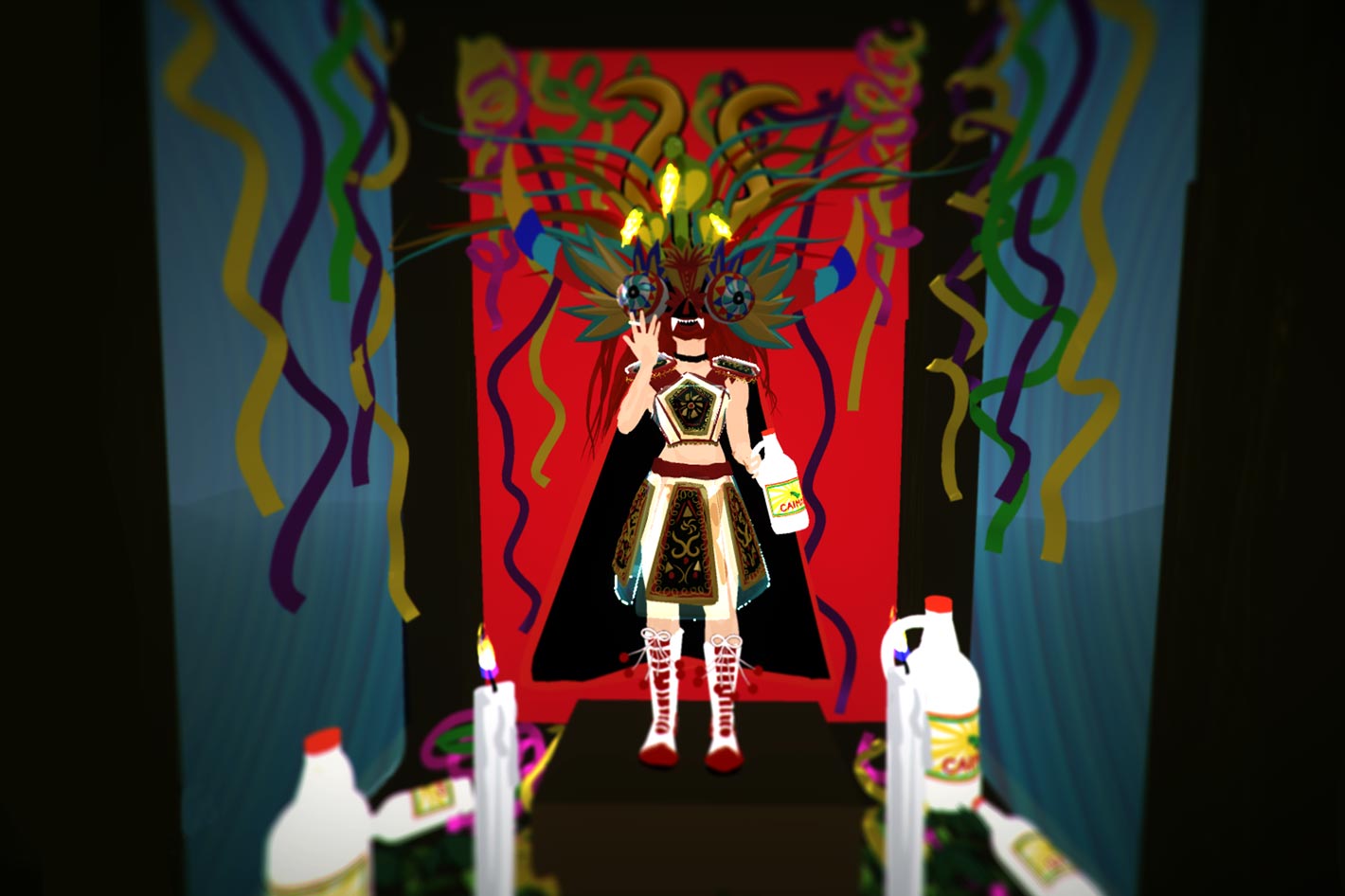 Prison X – Chapter 1: The Devil and The Sun

The eccentric deity The Jaguaress greets you at the velvet curtain gateway between theater and lived experience. She casts you as Inti, a young man who dreamed of being a drug lord but ended up in prison after his first job as a mule for la blanca. Prison X is an immersive Andean mythological play that sweeps you into a labyrinthine Bolivian prison, where you coexist with devils, saints, corrupt prison guards, and even a Western filmmaker.
Device: Desktop-tethered VR Headset 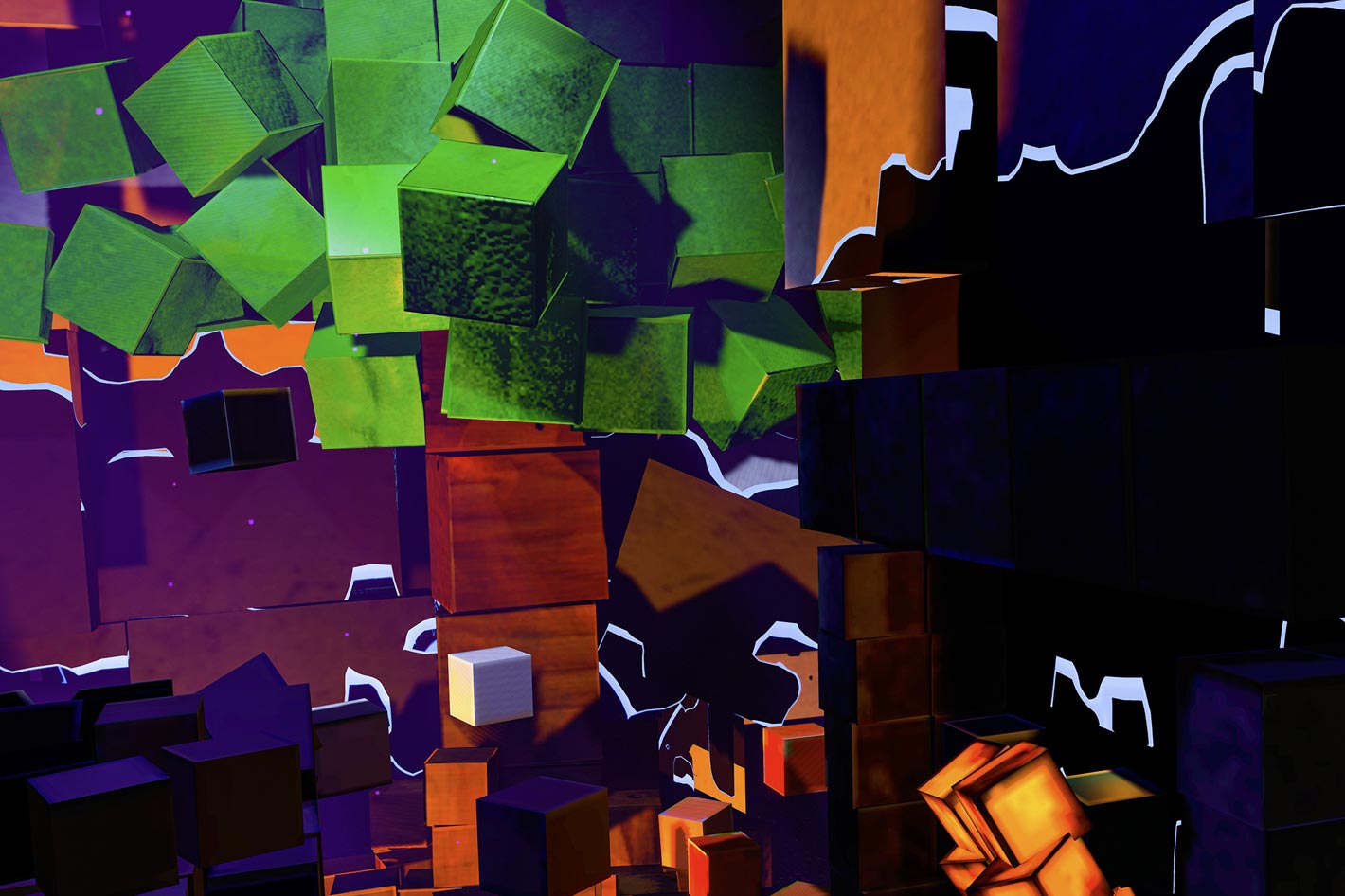 To Miss The Ending

What is to become of this continuously digitizing world of ours? Will we be left with no air to breathe, no rivers to swim, no parks to roam? This breathtaking immersive experience fast-forwards to a future where the best choice is to upload our own memories into an automated AI cloud server and reconnect with loved ones in the vastness of the net. In this digitized world, where does life take place? What are memories worth?
Device: Desktop-tethered VR headset 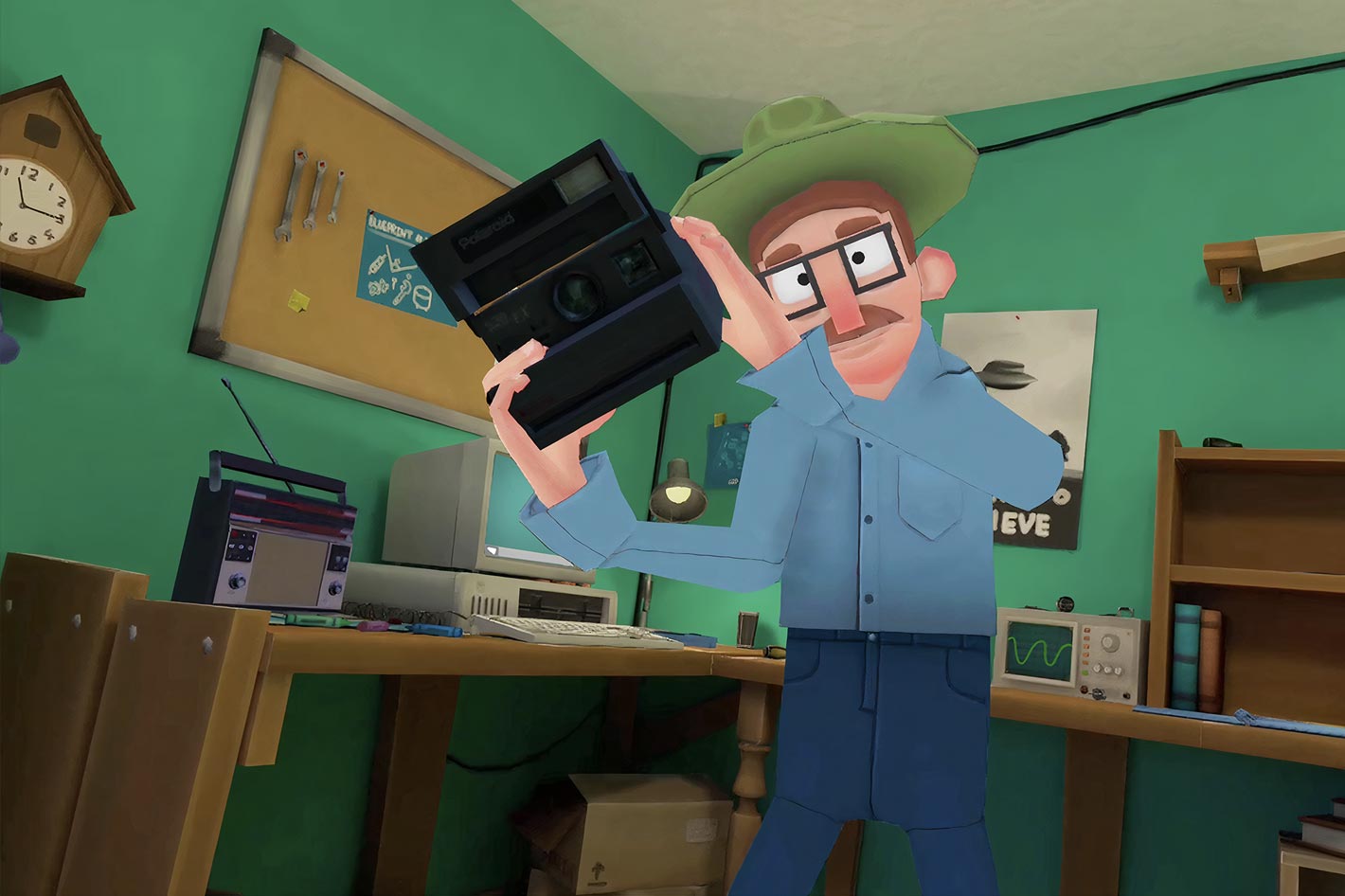 Creating new memories with the ones we love shapes who we are. In this live, interactive theater experience, you grow up alongside Grandfather in his workshop, tinkering, playing, and creating new memories together. As time passes, so do the moments. Tinker is an emotional journey, with a live performer who brings the grandfather to life, and each new moment becomes the story you create.
Device: Oculus VR Headset or Computer 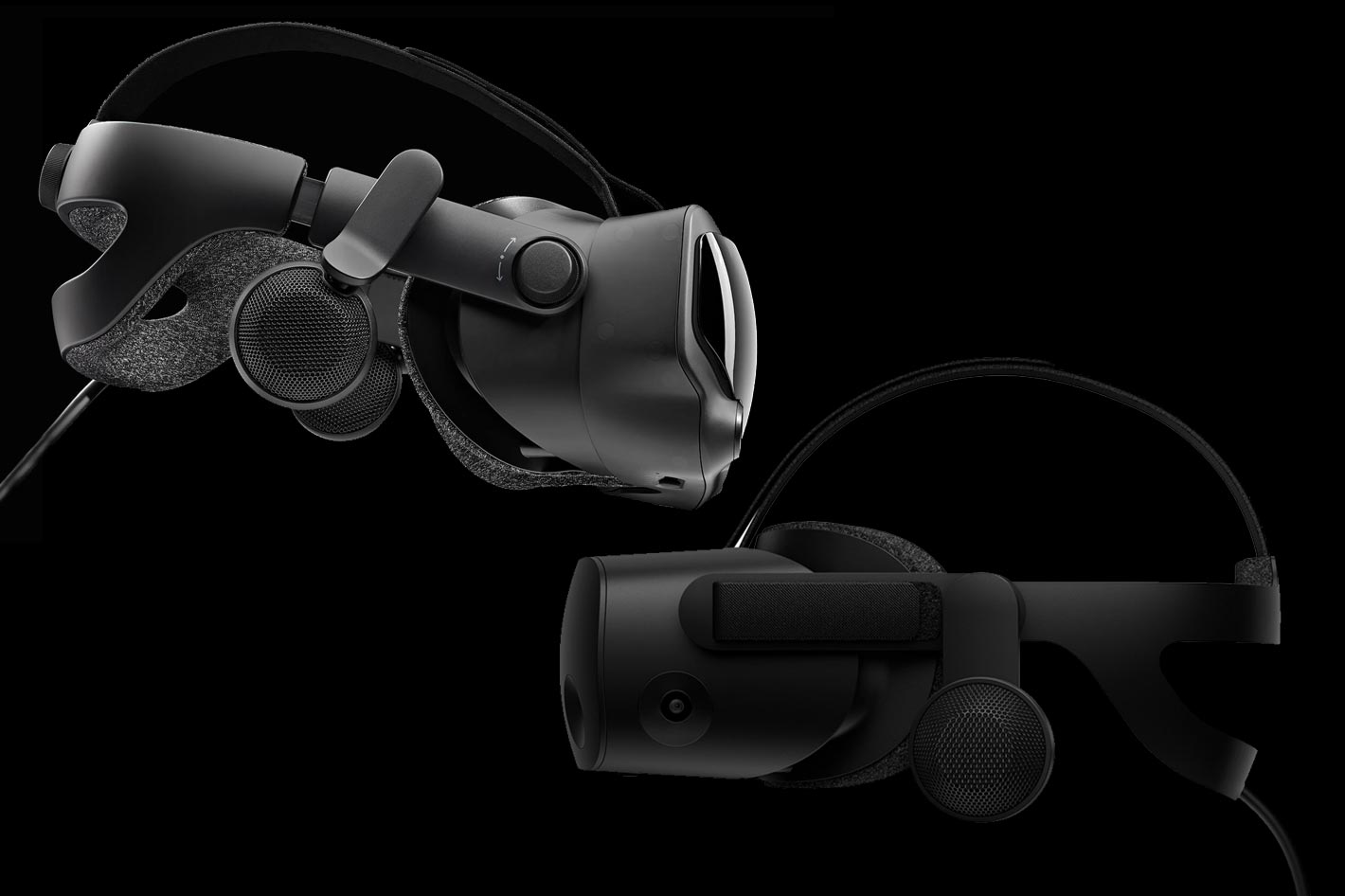 As a final note, it’s important to highlight the fact that from a total of seven projects and experiences present at the 2021 Sundance Film Festival, four are designed with desktop-tethered VR headsets in mind, a clear indication that Virtual Reality continues to be an area where the power of a computer is needed for many experiences.

So, despite Facebook having left the scene of PCVR – the Oculus Rift S was the company’s last PCVR headset – believing that the untethered experience provided by the Oculus Quest 2 – which by the way also needs a computer for some experiences! – is the future, many creators continue to produce projects that are more suited to tethered VR headsets like the Valve Index or the HP Reverb G2, which are much more powerful – thanks to the computer connection – than any Quest. 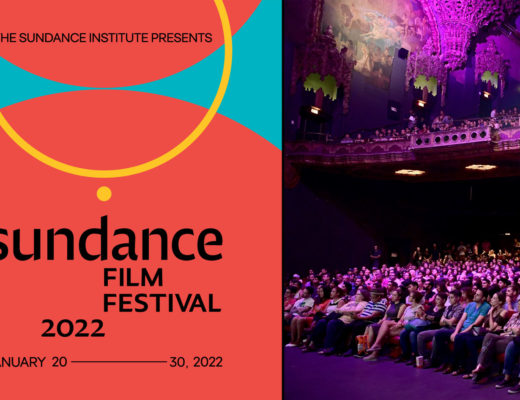