One decade after Lightroom entered the market, there are multiple alternatives to Adobe’s program that changed how we edit photographs. 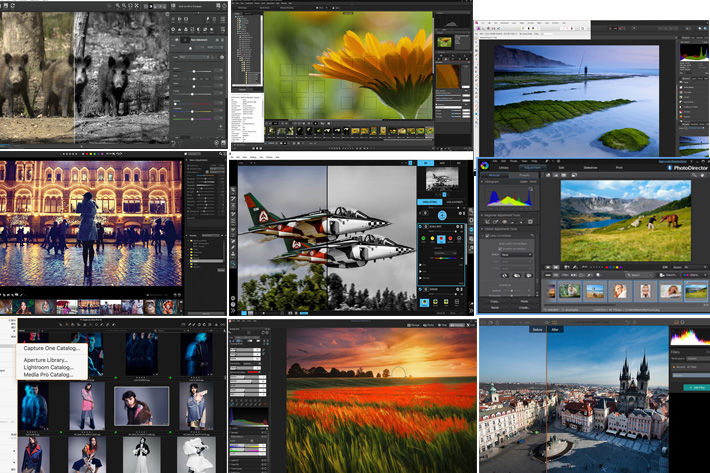 If you don’t need or don’t like Adobe Lightroom’s catalog, the universe of photo editors compatible with RAW is expanding, with new solutions available in different flavours. Here are some of the alternatives to explore.

Adobe’s Lightroom 1.0 was launched on February 19, 2007, to create a revolution amid photo editors, both in terms of tools, interface design and tone. One decade later, with almost every other photo editor following the same essential set of tools and design, the market has multiple choices, something unheard of in 2007.

With multiple solutions available when it comes to RAW editing, users feel that they have a chance to look away from Lightroom, which became the dominant tool for RAW editing since it was launched, a decade ago. In fact, there are alternatives, it’s only because many people have a natural aversion to change that we see so many still clinging to Lightroom, while complaining about its problems.

Adobe’s option to move to a subscription model has not pleased everyone –  to a certain extent, again, because people don’t like to change habits – and companies like Serif, with Affinity Photo, or ON1, with ON 1 Photo RAW, have used the idea of “one payment, no subscription” as part of their marketing campaigns. 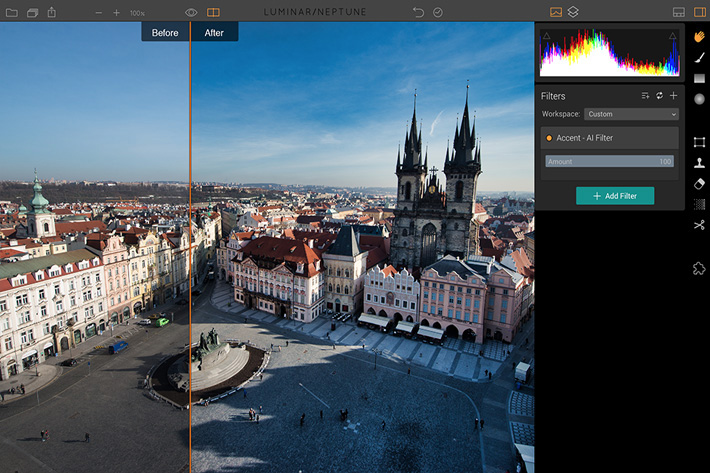 The rumour that Adobe might stop selling Lightroom standalone version altogether, only offering it as part of its Creative Cloud subscription model, continues to be present in many conversations, and makes more photographers feel that it is urgent to look for alternatives. Mac users remember well the problems created when Apple stopped selling Aperture – not so long ago – and no one wants to be shackled to a program to the extent that changing one’s archive becomes almost impossible.

The problem, though, is that many photographers have created a dependency on Lightroom’s catalog, which is both an asset of the program and, to many, its Achilles heel. The way Lightroom works, you’ve to import images – or their reference –  to a catalog. The catalog works as the central index at your local library, meaning you use it to find a file on your hard-drive, as you would to find a book on a shelf. It worked almost perfectly when Lightroom was launched, because photo storage was mostly created on a drive inside your computer.

The introduction, in recent years, of external drives, offering enhanced portability of data, created problems for many Lightroom users, not fully aware of what the catalog meant. Users moved photos from one location to another outside of Lightroom, but forgot to update the information in the catalog, creating a mismatch between it and the photo storage. The software does provide tools to sort out many of these situations, but the problem, again, is that many users barely touch the manual for the program… until after they’ve made a mistake!

The catalog offers some advantages associated with keywording and a quick search through your photos, besides local previews, but means your workflow is more complex, and, if you do not follow the rules, prone to error. That’s one of the reasons that made me stop using Lightroom altogether years ago, although I was one of the first to adopt it, already at beta stage, and write enthusiastically about the program. 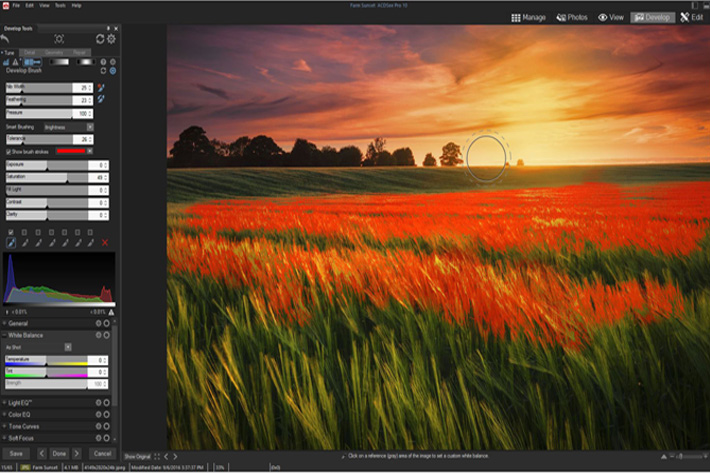 Lightroom did change, in fact, the universe of photo editing, but it is by no means the only solution available, and there are, today, plenty of alternatives to choose from. One of them, if you’re within the Adobe universe, is Bridge, which provides the same basic tools, from editing to indexing your files, add keywords and search across multiple folders. In fact, from the moment I stopped using Lightroom, I used Bridge on Photoshop CS6 – which I was already using intensively, anyway – to browse files, editing them in Camera RAW and, from there, in Photoshop.

Lightroom does offer tools that are not available in Camera RAW, and that’s probably one reason to use it, but if you don’t want to go through all the complex creation and maintenance of a catalog, maybe you should stop using Lightroom completely and search for a solution elsewhere. The problem, apparently, is that photographers don’t like to switch to a new system, meaning they will keep using Lightroom, even if they know there are alternatives. But if you’re not using Lightroom to completely manage your photos, it probably makes sense to look for an alternative in terms of a RAW photo editor.

ON1 Photo RAW is such a solution, although, as expected with a program that wants to be a bit of everything  – DAM, RAW and photo editor – it’s not free of bugs that ON1 is ironing with each new release. For those who need a way to index and browse through their photo collection, ON1 Photo RAW offers a complete solution allowing multiple ways to search, without the need to create a catalog or import anything, simply by indexing your files at the source. I’ve tried the system, and it certainly works. It might be a viable solution for those who need to organize their photos through some kind of DAM. ON1 even created a migration tool for Lightroom users to “move” their catalog to ON1 Photo RAW. 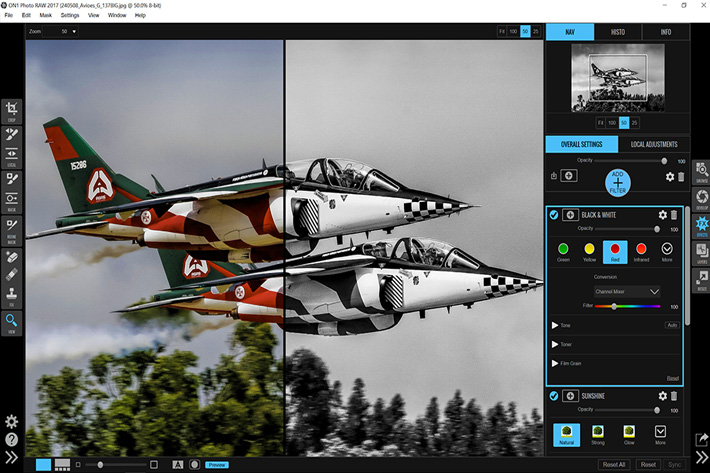 ON1 Photo RAW, about which I’ve written previously, works as a DAM, a complete RAW and photo editor and a “box of special effects”, with hundreds of presets and the option to create your own. It’s a program that wants to be a complete solution, something many photographers say it’s their dream. The problem, though, is that photographers hate to switch workflows, especially if they have used them for years. The same exact thing happened when Lightroom appeared: initially people found all excuses to not try it. Once they did, the interface and simplicity conquered them. It’s that same simplicity, bettered with a decade of experience, that most of the new programs offer.

ON1 Photo RAW is not alone when it comes to photo editors. DxO Optics have their own DxO Optics Pro 11, Corel has PaintShop Pro X9, Cyberlink offers the PhotoDirector 8 Ultra, Phase One has Capture One Pro 10, Serif has Affinity Photo, ACDSee has PhotoStudio Pro 10, and Macphun offers Luminar Neptune for Mac, which will soon be available for Windows. The list is far from complete, because there are other programs available, some even free. One such example is the recent Topaz Studio from Topaz Labs, presented as “a free photographers editing toolbox featuring state-of-the-art tools, a powerful processing engine, and hundreds of one click effects.” And yes, it is completely FREE.

Many of these programs offer some kind of photo management system, meaning you can use them as an alternative to Lightroom catalog, if you decide to explore the options they offer.  This said, it should be noted that Lightroom’s catalog system has its advantages, and it is mostly due to users not making proper use of it that problems occur. Photographers should consider their needs and how each program may – or may not – be the ideal solution for their workflow.

Before closing this article, it may be interesting to reflect on my own experience. Because I did not like, since very early, the catalog in Lightroom, the last period I used the program I only imported the images to edit,  and exported them as final high-res JPEGs, cleaning the catalog completely after each session or a couple of them, as I did not bother to keep the changes made to each RAW during the editing process. 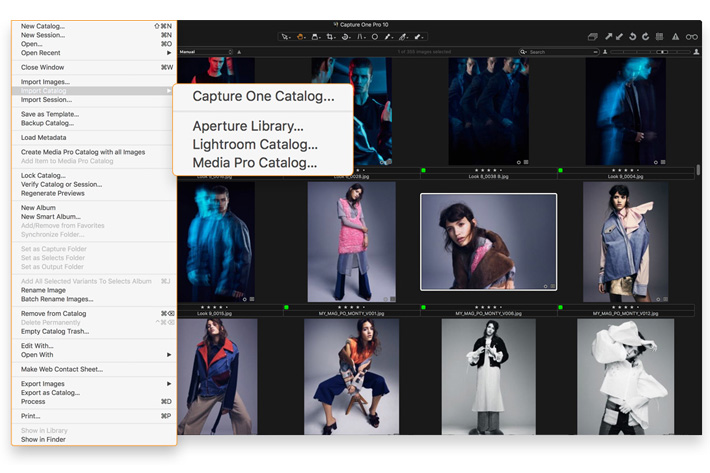 Due to the fact that my workflow goes through the creation of panoramas with multiple images, and Lightroom did not offer that option, then, Adobe Bridge became my interface of choice to select images, send them to Camera RAW, adjust them in batch before sending them into Photoshop to create a panorama. Bridge keeps the changes made in Camera RAW and those changes are kept with the files in your original folder – as Bridge does not create a catalog, but reads the source files – so I decided it was logic, for me at least, to skip Lightroom altogether.

I’ve adjusted my workflow since then, and I wrote about it here at ProVideo Coalition in 2016, at a time I knew, already, I was about to change again. I’ve adopted another solution since, although I’ve still not settled for a definitive workflow. My main photo editor at the moment is Affinity Photo, although I will use ON1 Photo RAW, sometimes. Because I try to keep an eye on new software, I’ve also tried Topaz Studio, which interests me because it is an extension and new alternative interface for Topaz Labs plugins, which I’ve integrated in my workflow years ago.

The options I’ve taken work for me, but are not necessarily ideal for everybody else. That’s the reason why, one decade after Adobe Lightroom changed the world, there are so many solutions available. I sincerely believe that while having so many options makes it difficult to choose, sometimes, it’s a blessing, because we do not all like – or need – the same things.  But if you need or want to change, you’ve to take the first step.