Zeiss’ VR ONE promising a portable virtual movie theater won the iF Design Award 2015 in the Audio/Video product category. 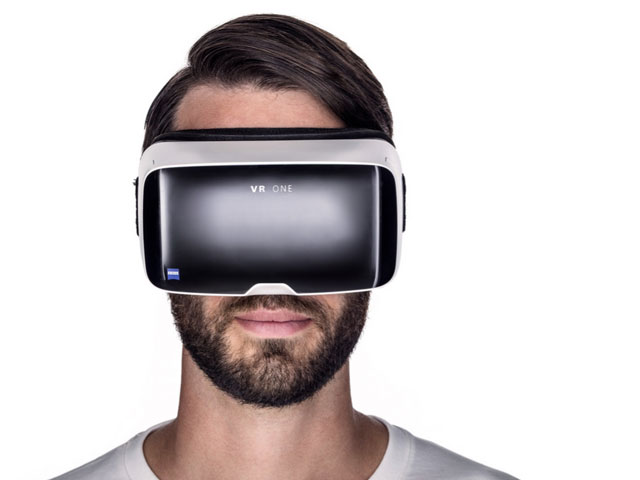 The Virtual Reality headset that creates a virtual movie theater for you to watch films, was chosen by an international expert jury that assessed almost 5,000 entries from 53 countries. Priced at $99, the Zeiss VR ONE is available for iPhone 6 and Samsung Galaxy S5.

The Zeiss VR ONE may not be the mainstream way to watch movies, but the option is there and the number of VR devices available or coming to the market suggest this is a solution considered by many users. In fact, more and more people see video in their smartphones.

With the Zeiss VR ONE that experience is enhanced, although wearing a headset like this is not something everybody is willing to do. Still, the Zeiss VR ONE allows users to experience augmented reality and virtual reality any time, any place. With see-through front shield enabling smartphone cameras for augmented reality apps, the VR ONE also allows users to wear eyeglasses while using it.

The device is a mobile Virtual Reality (VR) headset that works with smartphones featuring display sizes of between 4.7 and 5.2 inches. To dive into virtual worlds, all the user needs to do is select an appropriate VR app and slide his or her smartphone into the headset using the tray provided. Apps, for instance those which project videos of concerts in 360 degree format, become a truly special experience – allowing the user to watch a video from a range of perspectives. ZEISS VR ONE is available worldwide for the Samsung Galaxy S5 smartphone and the iPhone 6 initially. Other models are in the pipeline, and ZEISS is asking users to vote which models of smartphones should be supported. 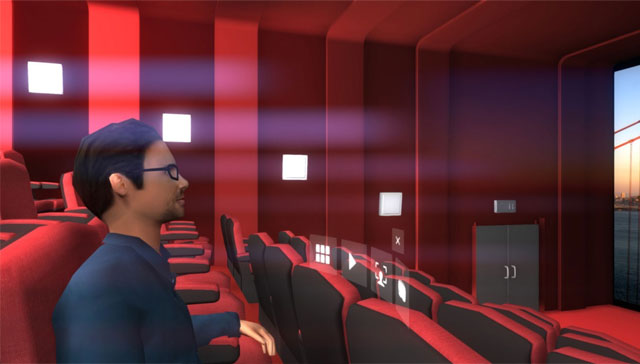 The Zeiss VR ONE Cinema App, available for iPhone and Android, enables users to enjoy movies – best resolution now is 720p – in an immersive environment with the lights off.  The app recreates the feeling of sitting in a 3D movie theatre where you can look around and towards the screen where a video is being played. You even see your virtual body and other virtual characters in your movie theater, so you do not feel alone! (is this going to be the way to see movies in the future?). 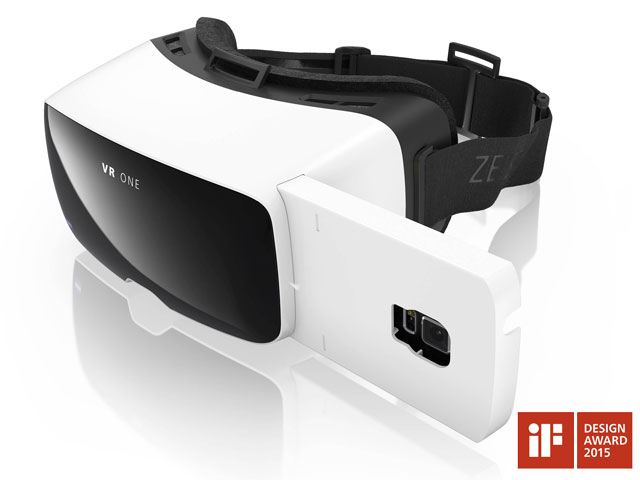 The VR ONE Cinema app features a simple and intuitive user interface where you can play/pause the current video or select other videos. And it also supports 3D movies in side-by-side format. The device itself has ports to plug in the smartphone audio and charging connectors, a smartphone tray for exact positioning of the smartphone, air ventilation openings to ease airflow and prevent fogging of lenses and internal tracking by smartphone sensors.

The excellent usability and design of the Zeiss VR ONE Virtual Reality headset convinced the jury for the 2015 iF Design Award. The official presentation of the award takes place at the “iF design award night” at BMW World in Munich on 27 February.