If you’ve an idea for a film, shoot the trailer, show it to the world, and have Josh Hutcherson as the star of a film inspired by your trailer. It can happen to YOU! 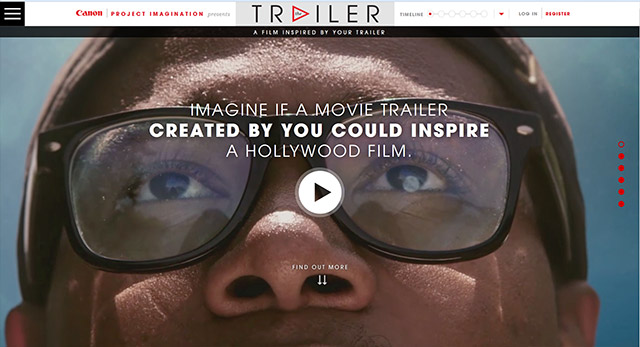 Josh Hutcherson, star of The Hunger Games franchise, is helping Canon engage a new audience through the Project Imagination: The Trailer campaign, which challenges users of all skill levels, even those who have never picked up a camera before, to easily turn everyday photo and video footage into a creative movie trailer, with titles, Hollywood style voice-overs and epic soundtracks.

For the first time ever, your life can become a movie trailer that inspires a Hollywood film. That’s the idea behind the campaign, with a winner selected by Josh Hutcherson and two-time Academy Award winner Ron Howard. That winning trailer will ultimately inspire a short film in which Hutcherson will star and produce.

“There’s something so special about creating a project that has taken root outside of Hollywood. With one winning trailer created from everyday photos and videos as the film’s inspiration, the creative possibilities are endless, and that’s the most exciting part,” said Josh Hutcherson. “I’m also looking forward to collaborating on this project with Ron Howard, as he’s inspired me throughout my career.”

Based on the concept that anything in life can be made into a movie, and every movie starts with a trailer, Canon has created this challenge open to anyone that feels they have a story to tell.To make things easy for users, Canon has launched a Trailer Editor tool, which allows users to turn everyday footage into a movie trailer.

Consumer submissions can be up to 60 seconds in length, and must fall into one of six themes: Action/Adventure, Comedy, Drama, Children & Family, Sci-Fi, and Suspense/Thriller. Creative contributors Howard and Hutcherson will choose only one to inspire a short film starring Hutcherson. Each submission will be judged based on creativity demonstrated through characters and storytelling, how inspiring or imaginative the trailer is, results from a public vote, originality and overall impression.

“Most people have more imagination and creativity than they’ve ever given themselves credit for,” said Howard. “And with Project Imagination: The Trailer, I encourage people to have fun with their storytelling. Don’t try to script anything — just go about your everyday life, shoot and collect. You’ll be surprised by how everyday photos and videos can turn into something truly captivating.”

To get an idea of what is expected, visit imagination.usa.canon.com to view sample trailers from each genre, a welcome video from Ron Howard and an inspirational trailer from actress and filmmaker Bryce Dallas Howard, who was the first official “graduate” of Canon’s Project Imagination franchise directing the short film “when you find me” in 2011. This time around, Bryce directed “solemates,” a 60-second trailer about love, personalizing her family’s love stories by shooting this in her home, with her husband, children, and their grandfather.

Bryce Dallas Howard said, “Creativity is all around us, and some of the funniest, most beautiful, and touching moments happen when you least expect it. This year, I’m joining forces with Project Imagination to invite all of you to get creative and turn your favorite everyday moments into a 60-second trailer.” 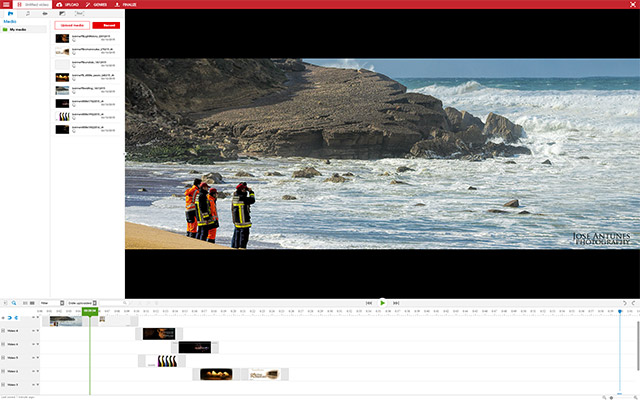 The site also offers tiered options that enable people at any level of expertise to create and submit trailers into the contest. For those who have never picked up a camera before, to amateurs and advanced amateurs more familiar with capturing photos and videos, to more advanced filmmakers, consumers can:

Project Imagination: The Trailer is the third iteration of Project Imagination, Canon’s ongoing initiative to empower creativity in everyone. The program marks Ron Howard’s third time partnering with Canon, a brand that aligns with his conviction that people’s everyday lives are visually and cinematically worth recording, bringing high quality and ease to photo and video capture with Canon cameras and lenses. It also marks Canon’s third time working with Francesca Silvestri and Kevin Chinoy of Freestyle Picture Company, the production company of the previous Project Imagination films.

“Project Imagination showcases how innovation in storytelling and the power of creativity can engage consumers,” said Yuichi Ishizuka, president and COO, Canon U.S.A., Inc. “To be a true creative enabler, Canon is providing the platform and editing tools for everyone, regardless of their expertise, to participate in Project Imagination: The Trailer.”

The contest is open until the 29th of April 2015, with the winner announced next Summer. The short film produced from the winning trailer will be released by the end of 2015. All the information about the contest is available online. 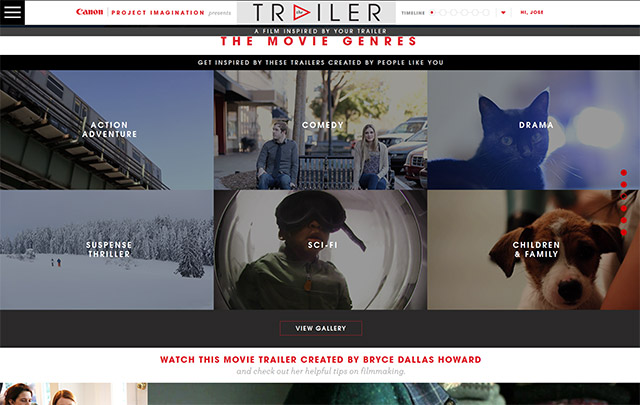 The Evolution of Project Imagination

In 2011, Ron Howard and Canon U.S.A. launched Project Imagin8ion, the first photo contest in history to inspire a Hollywood short film. Project Imagin8ion resulted in one film, “when you find me,” directed by actress Bryce Dallas Howard, inspired by eight winning photographs.

In 2012, Howard and Canon teamed up again for Project Imaginat10n, the first photo contest in history to inspire a film festival. Project Imaginat10n resulted in the production of ten films, five of which were consumer directed and five of which were directed by influential celebrities from five diverse backgrounds, Jamie Foxx (entertainer), Eva Longoria (actress), Georgina Chapman (co-founder of Marchesa; fashion), James Murphy (formerly of LCD SOUNDSYSTEM; music) and Biz Stone (co-founder of Twitter; technology). The collective project was inspired by 91 winning photographs, one from each of ten core tenets of storytelling. The 91st photo from the tenth theme, Discovery, was selected by Ron and woven into all films to create a common thread.