Wide-angles do not give you extreme depth of field all the time, if you control aperture and distance to subject and background. 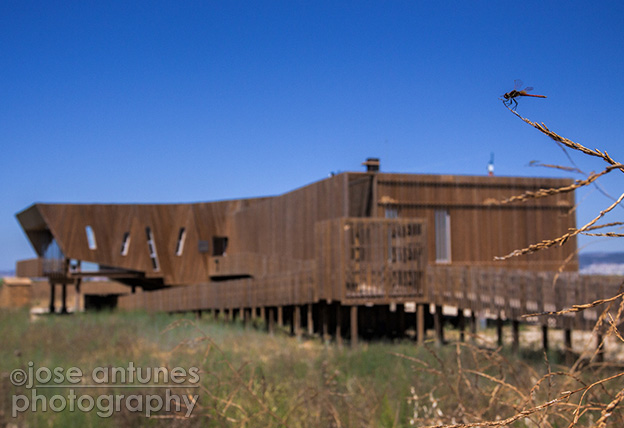 The first thing people think when they look at the first image in this article is: it is out of focus. Well, it is not. The dragonfly on the right side is perfectly focused. That's what the photographer wanted.

The picture of a dragonfly in front of one out of focus building was made recently, but I use the technique widely, in different situations. Using wide-angles for nature photography is nothing new, but exploring differential focus planes with them is not always obvious to some people, although it can lead to some interesting images. 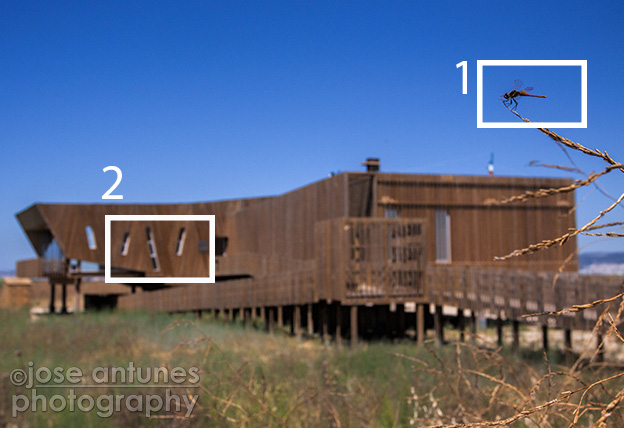 This picture is not the best example of this kind of use, but it is a practical, not preconceived shot that can be used to show what can be done in the field. It was taken while moving along a path close to the building you see in the background, the Interpretive Center for the EVOA – Tagus Estuary Birdwatching and Conservation Area, close to Lisbon, in Portugal. 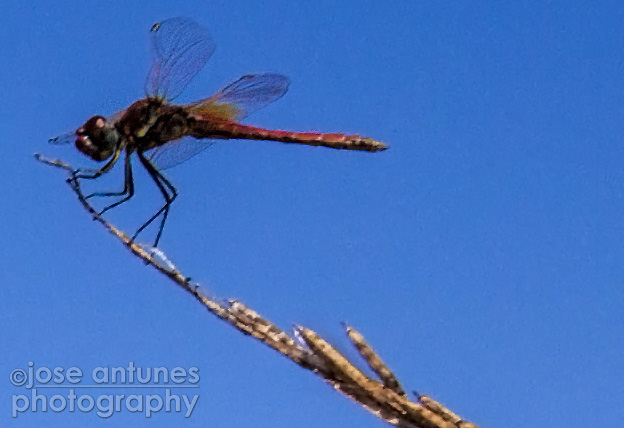 For my 5th Scott Kelby Worldwide Photo Walk I’ve decided to go to EVOA – Tagus Estuary Birdwatching and Conservation Area – Vila Franca de Xira, Portugal, a place that this October will have its first “real” Autumn time since opening to the public, early in 2013. This is a wildlife area I am familiar with, but this day I was scouting to take pictures at the “worst hours of the day”, just to show people what can be done when you have no chance to return to a place and want to go home with some good images. That's something we will face in the Photo Walk and I want to tell people it can be done. 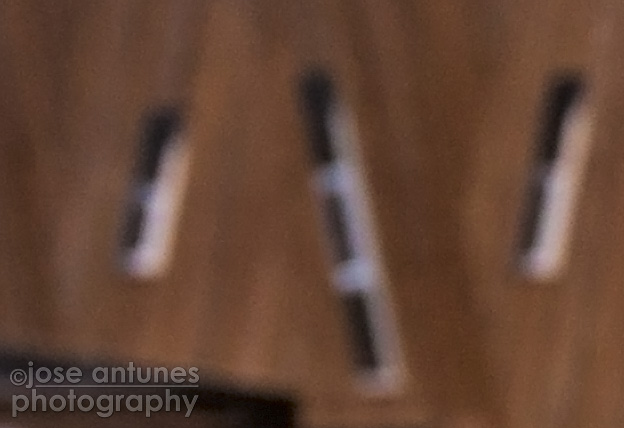 This specific picture was taken at noon, with the Sun high in the sky. I  was taking pictures of the building, an interesting architecture, but when I saw some dragonflies o the branches besides the path I decided to change perspective and include one of them as a natural element. I could not move my subjects or direct them to the ideal positions, so I had to create the best picture I could from the path I was on. And I had to be at the same time fast and move slowly, because dragonflies do not keep posing for a long time, although they can go back to the same position over and over.

I moved as close as I could to have an angle to place the building in the background – see how it extends close to the limits of the frame – and at the same time have the dragonfly coming into the frame from the right. I took three frames reframing slightly between them, and this is the best of them, in my opinion.

Now, people ask me why I did not get the building in focus. Well, I surely could extend depth of field, as I shot this at f/6.7, but I think that's answered in a simple sentence: I wanted to create this effect. After all photography is about choices. Now some people ask me why  I choose f/6.7. Well, that's easy, it seemed to be the best aperture for my exposure and also the one to give me some depth of field on the dragonfly while still keeping the distant background out of focus. I was working at ISO 400, which I tend to use when I am photographing moving subjects and wildlife, to give me more choices in terms of exposure, and I did not bother to change. That led to an exposure of 1/8000 at f/6.7, this because I wanted to underexpose the background for that saturated look, something I always like to do. And I introduced flash for the first plane,  the dragonfly. At 400 ISO I can make the flash reach that distance, even under intense sun, and this is a technique I use widely outdoors and with this type of situation. 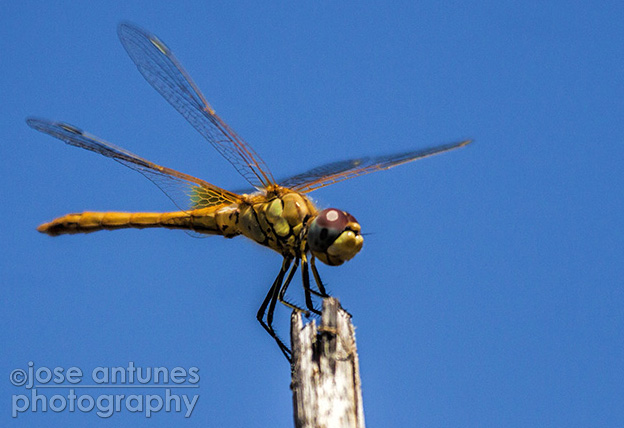 The images published show first the initial photo, then the same image with rectangles over the areas in focus (1) and out of focus (2), represented in the subsequent images, crops of the original frame. And for a final shot, the same technique applied with a long lens and with a dragonfly as the main and only subject, in this case using the longer side of my 100-400mm on my Canon EOS 50D. Exposure at 1/8000 f/5.6 with flash, the  Phottix Mitros I've been having fun with the last weeks.

For more not common uses of wide-angles in Photography check a recent article from Paul Harcourt Davies in my emagaizne, FOTOdigital. Paul is a master of using wide-angles for macro, and his article, while not centered on this technique aspect, shows multiple uses for your wide-angle lens.