A theatrical VR experiencee, Finding Pandora X, directed by Kiira Benzing, is a curious example of how frontiers between platforms vanish when you mix technologies. 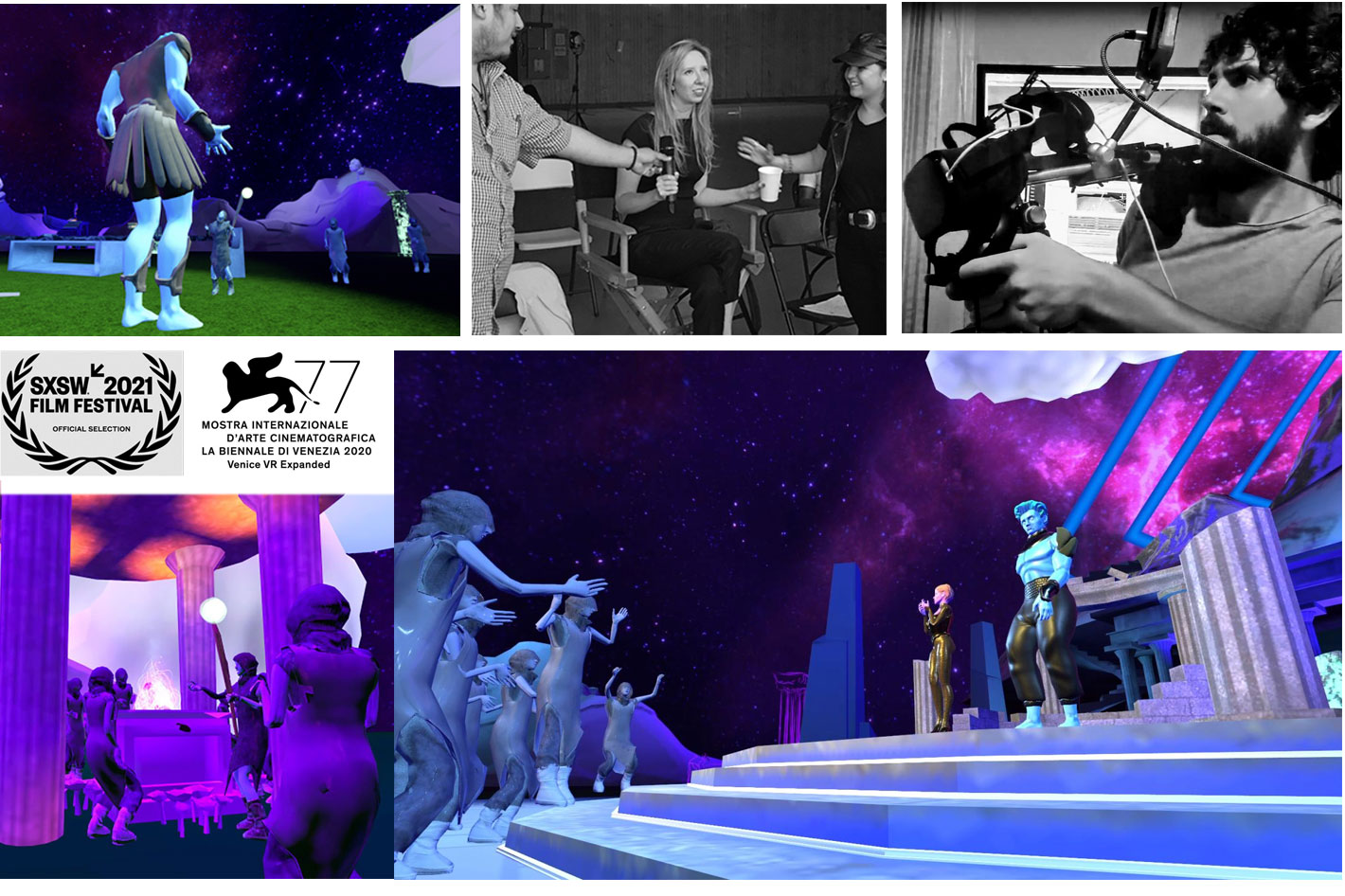 Finding Pandora X is an immersive theatrical VR experience where you will become part of a Greek Chorus. The title won “Best Immersive VR User Experience” at the 2020 Venice Film Festival.

The Augmented Reality and Virtual Reality event AWE is back with its 12th edition, AWE USA 2021, both in-person and virtual, expanding the number of people that can participate in this three-day event, November 9-11th, held at Santa Clara, California, USA. Each year, artists and creators gather at AWE to get inspired. Join them and learn how to create incredible AR/VR experiences using the latest platforms and SDKs from the likes of Adobe, Facebook (Oculus), Google, and Microsoft.

The event is the place to visit to discover and forge the future of storytelling, get in on the birth of a new medium, perfect the art of AR/VR, discuss advanced UX/UI standards and premium branded content with your peers, meet potential employers, and more. What’s the latest in game design? What makes for compelling AR/VR marketing?

Besides the multiple conferences and workshops, the event is also the ideal stage for a variety of performances, and among them one is particularly interesting to follow, if you’ve the chance: Finding Pandora X, an immersive theatrical VR experience where the audience plays the role of the Greek Chorus, interacting with live Broadway caliber actors as the play unfolds. 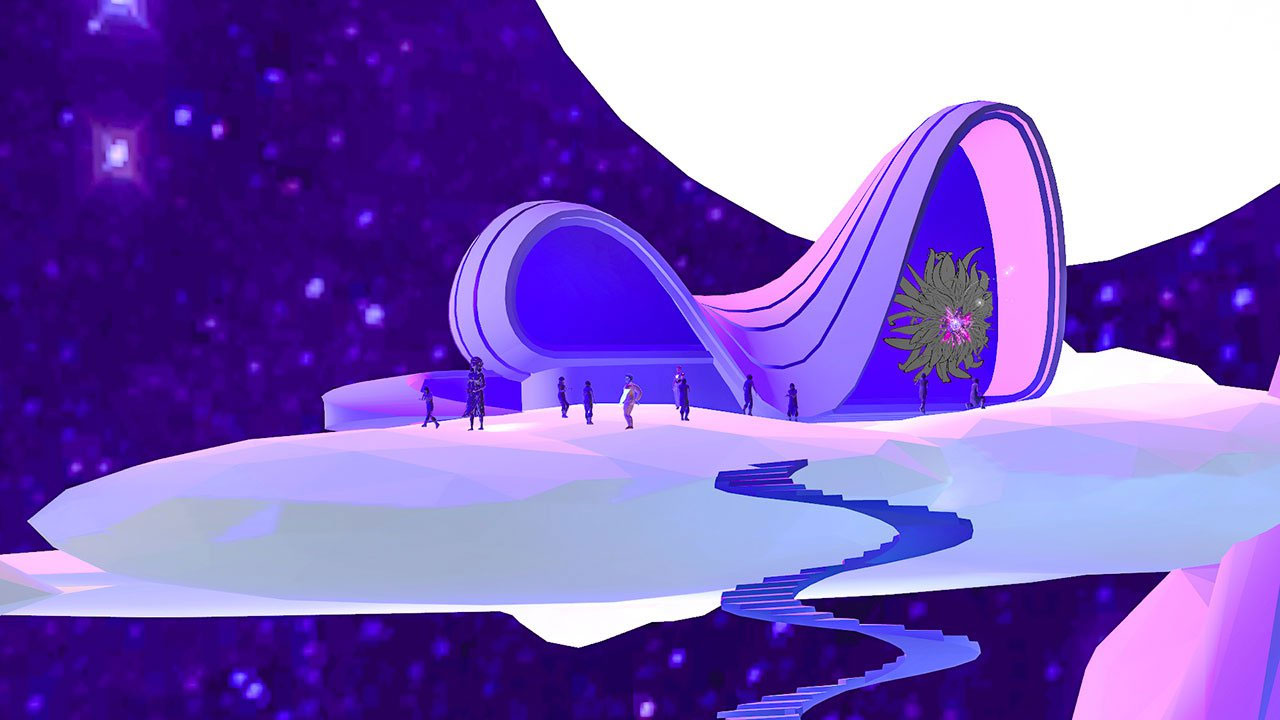 Finding Pandora X is a production from Double Eyes Studios, a company created to build interactive & immersive storyworlds through emerging technology. The production premiered in September 2020 as part of the 77th Venice International Film Festival, where the title won the Lion for “Best Immersive VR User Experience”. It also won the Audience Award (Virtual Cinema Spotlight) at SXSW 2021.

Finding Pandora X signals the confluence of Broadway talent and VR technology, and introduced the Virtual Repertory Theatre, a theatre company formed of professional actors and Broadway talent that aims to bring live performance to audiences across media. Utilizing Double Eyes Studios XR background and the power of social VR, their experiences will continue to gather audiences virtually in these unique times. The Double Eye mission is to bring meaningful stories combined with interactivity and play into fully immersive storyworlds.

Kiira Benzing, founder of Double Eye Studios and the Executive Creative Director behind the project is a multi-dimensional director crossing the mediums of theatre, hybrid cinema and virtual reality. Her VR credits include Cardboard City which won the Samsung Gear VR contest (2016) and premiered at the NYFF in 2016. For her interactive VR experience Runnin’ starring Reggie Watts, she was the first VR director to film on the Intel Studios volumetric capture stage (Sundance 2019, Jury Award for Interactive at SXSW 2019). Loveseat, (VR Theatre – Venice Film Festival 2019) was performed simultaneously before live and virtual audiences. 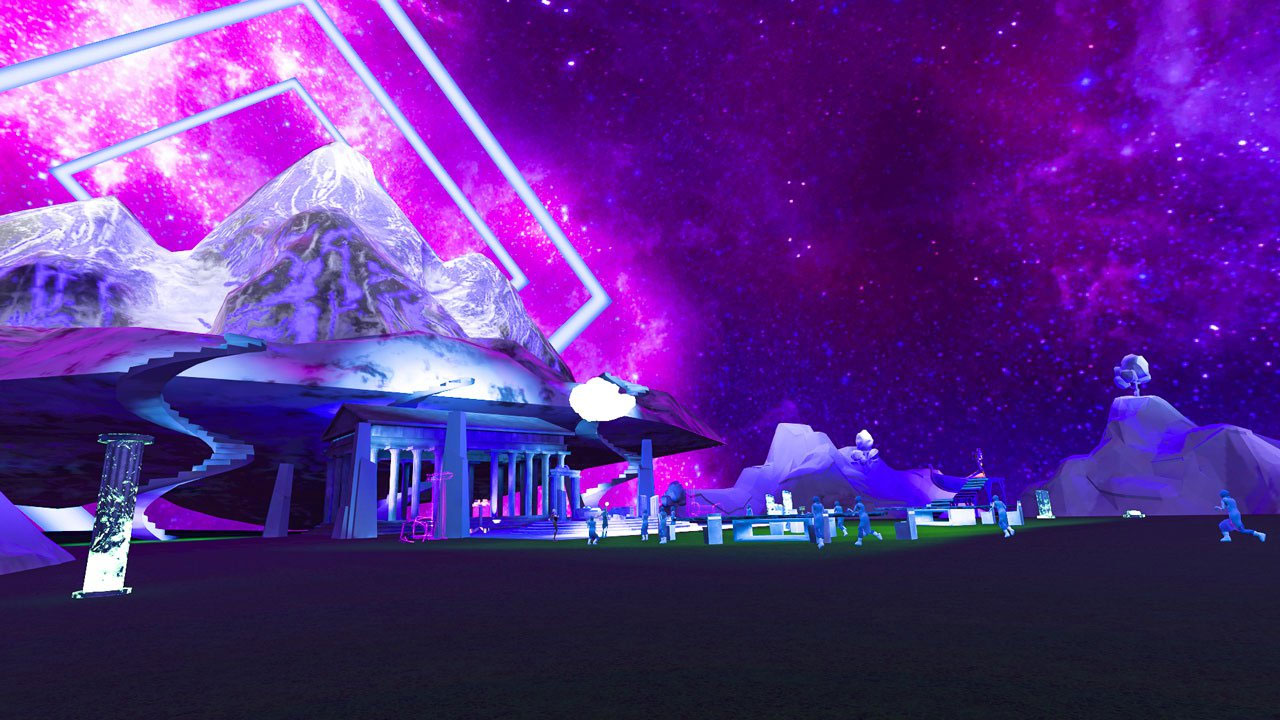 Finding Pandora X takes viewers back to the past. With the passing of ages, the Gods of Mount Olympus have faded away until only two remain: Zeus and Hera. Now they are in danger of disappearing if they can’t recover the box of hope that Pandora removed. The public is invited to watch the development of the action by entering an immersive storyworld to join this live theatrical VR experience where the audience is invited to play the role of the Greek Chorus, interacting with live Broadway actors as the play unfolds. To participate, Finding Pandora X requires one of the following compatible VR headsets: HP Reverb 1 e 2, HTC Vive, HTC Vive Pro, Oculus Rift CV1, Oculus Rift S Oculus Quest 1 & 2 (with Oculus Quest Link) Valve Index and compatible WMR headsets.

Tickets for the event can be acquired though EventBrite. On the day of your show, the public has to log into VRChat ahead of time. If you have any difficulty accessing Mount Olympus, reach out to the organizers on their Discord channel, as they will be there to guide you and ensure you enter the land of the Gods!

For those interested there is also the opportunity to have an exclusive backstage tour of Mount Olympus. The invitation for AWE attendees is clear: come glimpse behind the scenes of the Mainstage in Mt. Olympus where the production of the award-winning VR immersive theatrical experience “Finding Pandora X” is performed. Led by the production’s Narrative Director and Crew, this tour will give you insight to the backstory, how art was created, and learn how to fly above the storyworld! Bonus: you will even receive a Greek Chorus avatar.

The organizers say that as space is very limited, those interested should reserve their spot early! Use code AWEFREE for free admission! And yes, you’ll need to have a VR headset.