After two years of non-physical events, VRDays returns to Amsterdam, for an immersive five days of conferences, panels and networking, while the virtual version will expand the event worldwide. 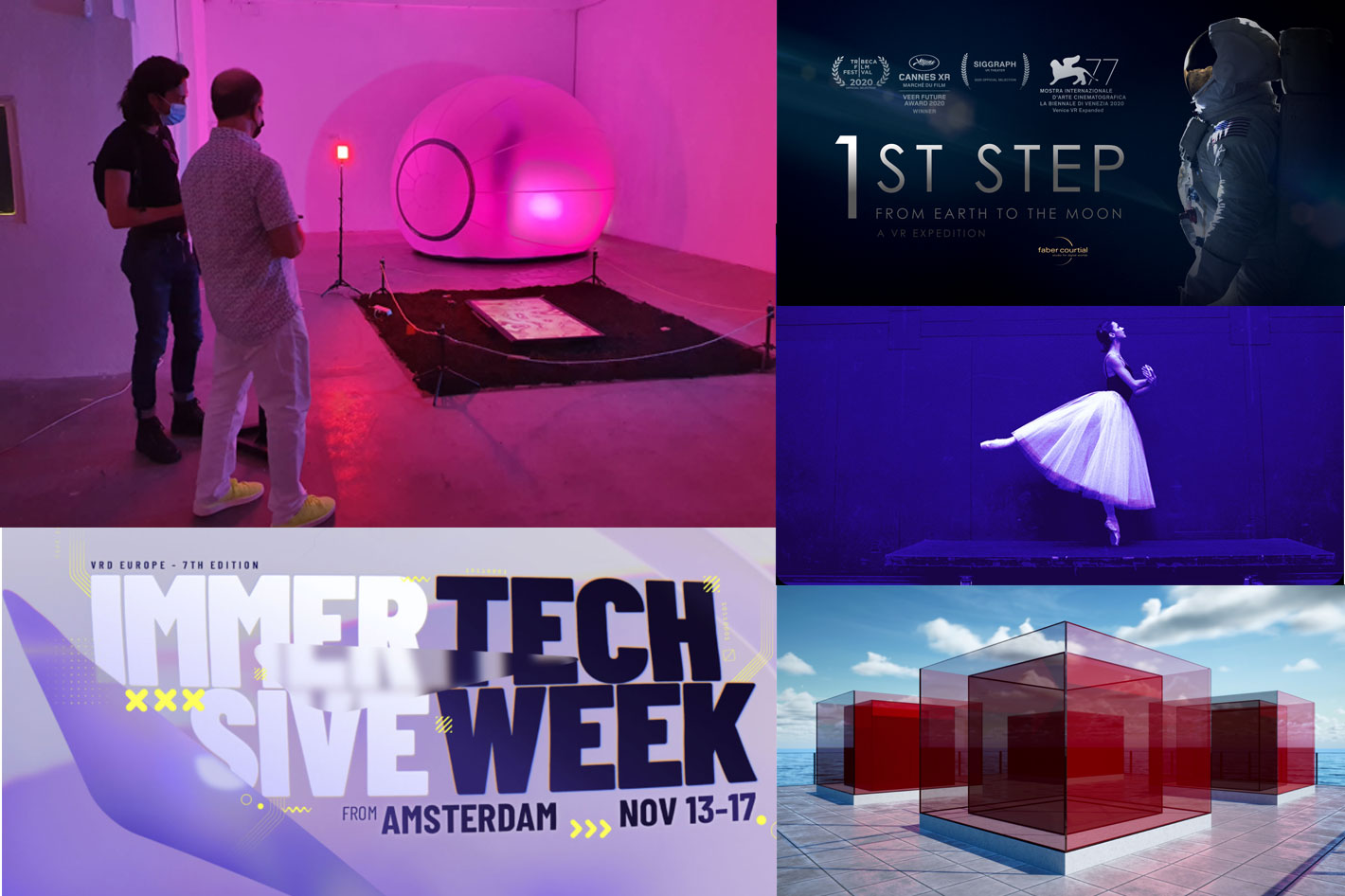 As immersive technologies change the landscape, one question arises: what can AV producers expect from the metaverse? The VRDays conference is the place to be to discover some of the answers.

VRDays is back to Amsterdam, for its Immersive Tech Week, starting November 13th, and its mission to unite the VR/AR community, inspire creative minds and drive business forward. Since 2015 the organizers have been steadily working on making their mission a reality. The 2019 edition was rock solid. Then the world changed and so did the event, and that’s when the Tech Week concept was born.

The in-person event returns after a two-year hiatus, so those who want to experience it there can, although the organizers continue to say that are not encouraging international travel to Amsterdam. In fact, although the main event will happen at the OBA Oosterdok public library, in Amsterdam, a series of Global Partner Events, around the world and online in the Laval Virtual World, expand VRDays while contributing to limit international travels. 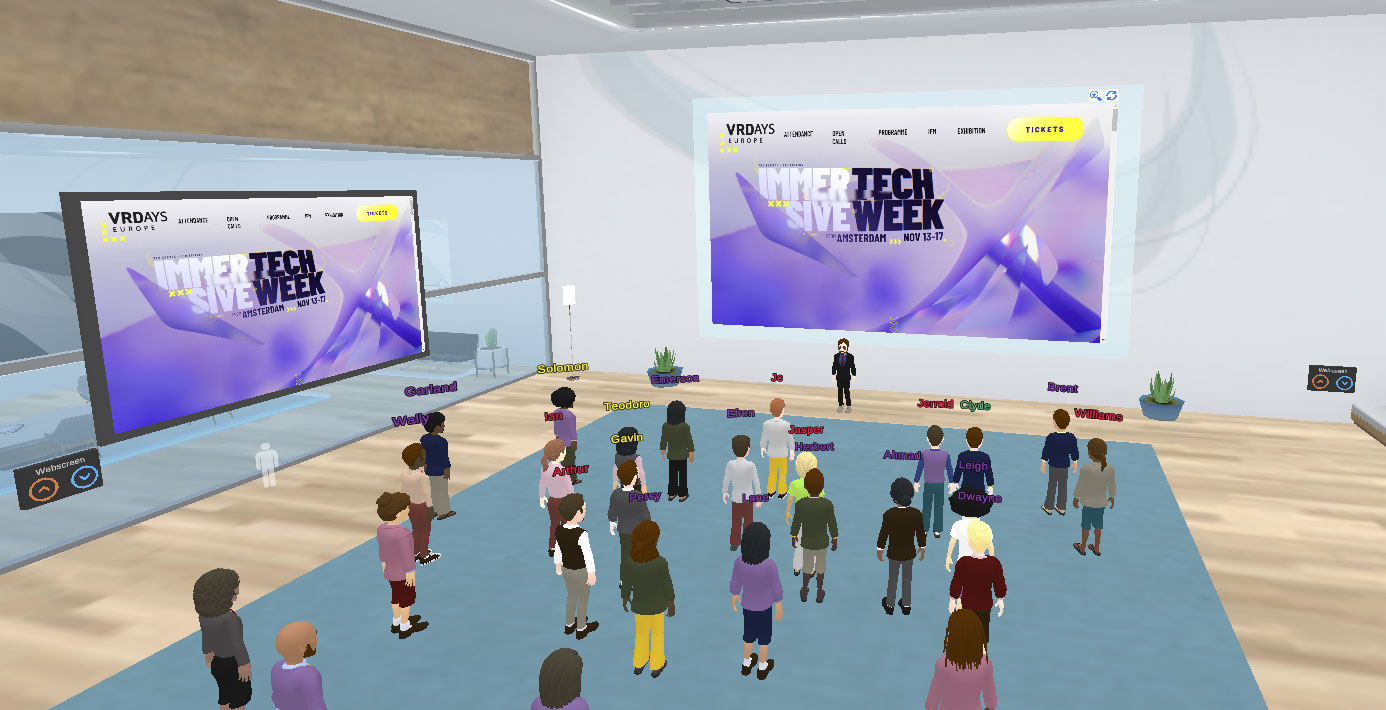 From Second Life to Metaverse

Participants can expect to have a busy schedule: five thematic days, two tracks including What the Metaverse! 30+ conferences, roundtables, Church of VR, networking, breakout floors where companies will present their latest work and projects, IFM and of course networking events and community building.

Now that the term Metaverse seems to be in the news all the time, it’s good to remember that Second Life is what can be considered the pioneer of virtual worlds. In 1999, Philip Rosedale founded Linden Lab, and built a virtual civilization called Second Life, which was very popular among creatives from a period, and is still available to whomever wants to visit it. Second Life – which I consider to be a metaverse without VR – even attracted newspapers and magazines, which opened offices and had journalists working there, covering the news from the virtual world. I know this because I was one of them, and because of the experience ended writing a book about Virtual Worlds. 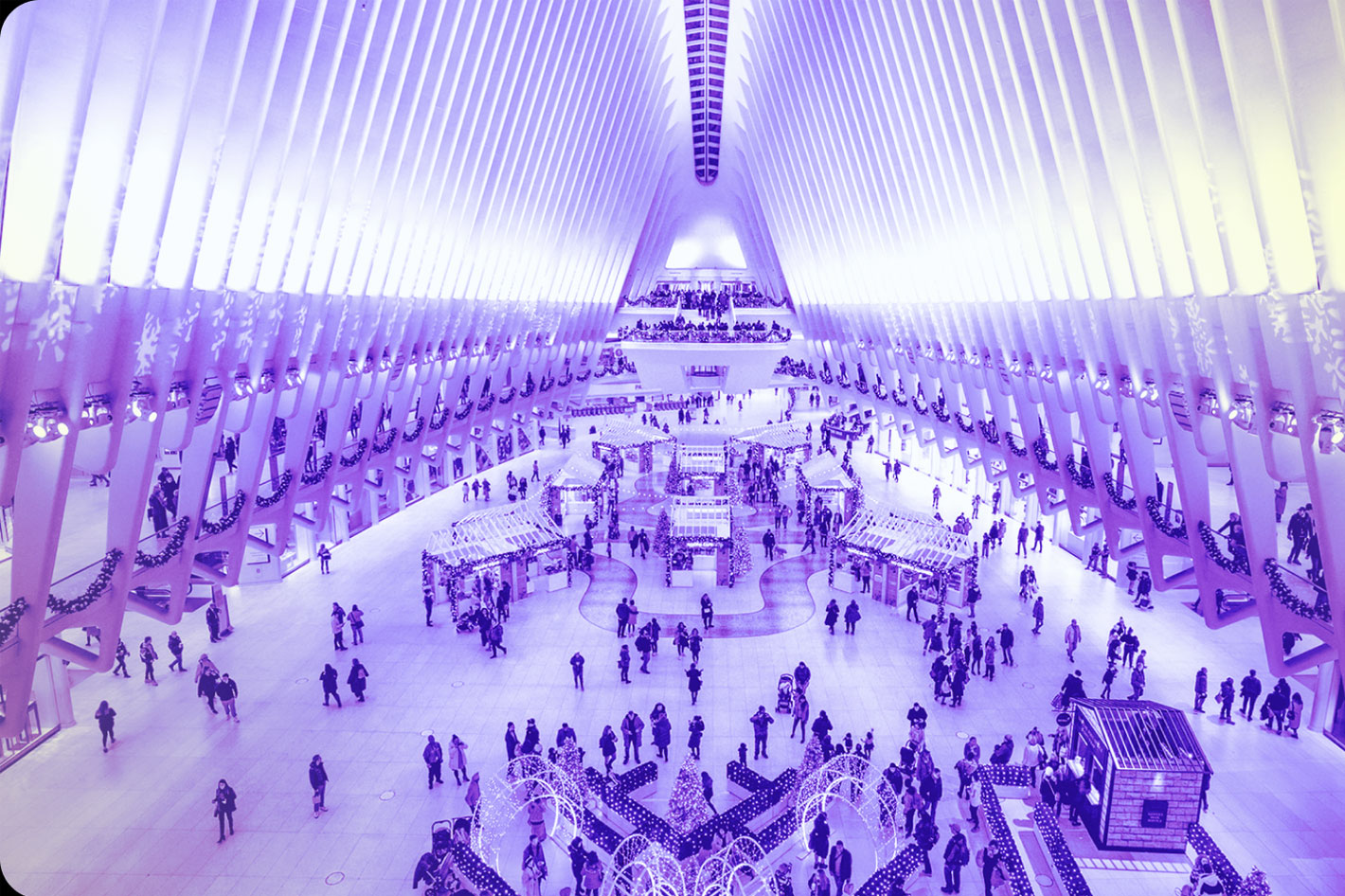 Changes in the audiovisual landscape

One million people actively use Second Life and spend close to $1 billion a year. In 2013, he cofounded High Fidelity Inc. to explore the future of a next-generation virtual-reality system and fulfill his lifelong dream of creating an open-ended, Internet-connected virtual world. High Fidelity envisions a virtual world in which you will be able to conduct business, travel, explore caves, and do nearly anything else you can imagine with other people from around the globe.

High-Fidelity never got traction, one of the reasons being the fact that Virtual Reality hardware only in the current pair of years seem to be able to offer the quality needed for total immersion. With Facebook, pardon, Metaverse, now promising a virtual world for everyone, it will be interesting to listen to Philip Rosedale’s conference at the VRDays Europe. He will speak during the “Empowering creators in mixed worlds” conference, Monday 15th November, 4PM (CEST) in the Laval Virtual World.

VRDays will be more than this, and for content creators there will be also moments to follow during the event. How is the audiovisual landscape changing due to immersive technologies? What new business models are taking shape? What can AV producers expect from the metaverse? Join the Future of AV sessions live in Amsterdam or virtually in the Laval Virtual World. 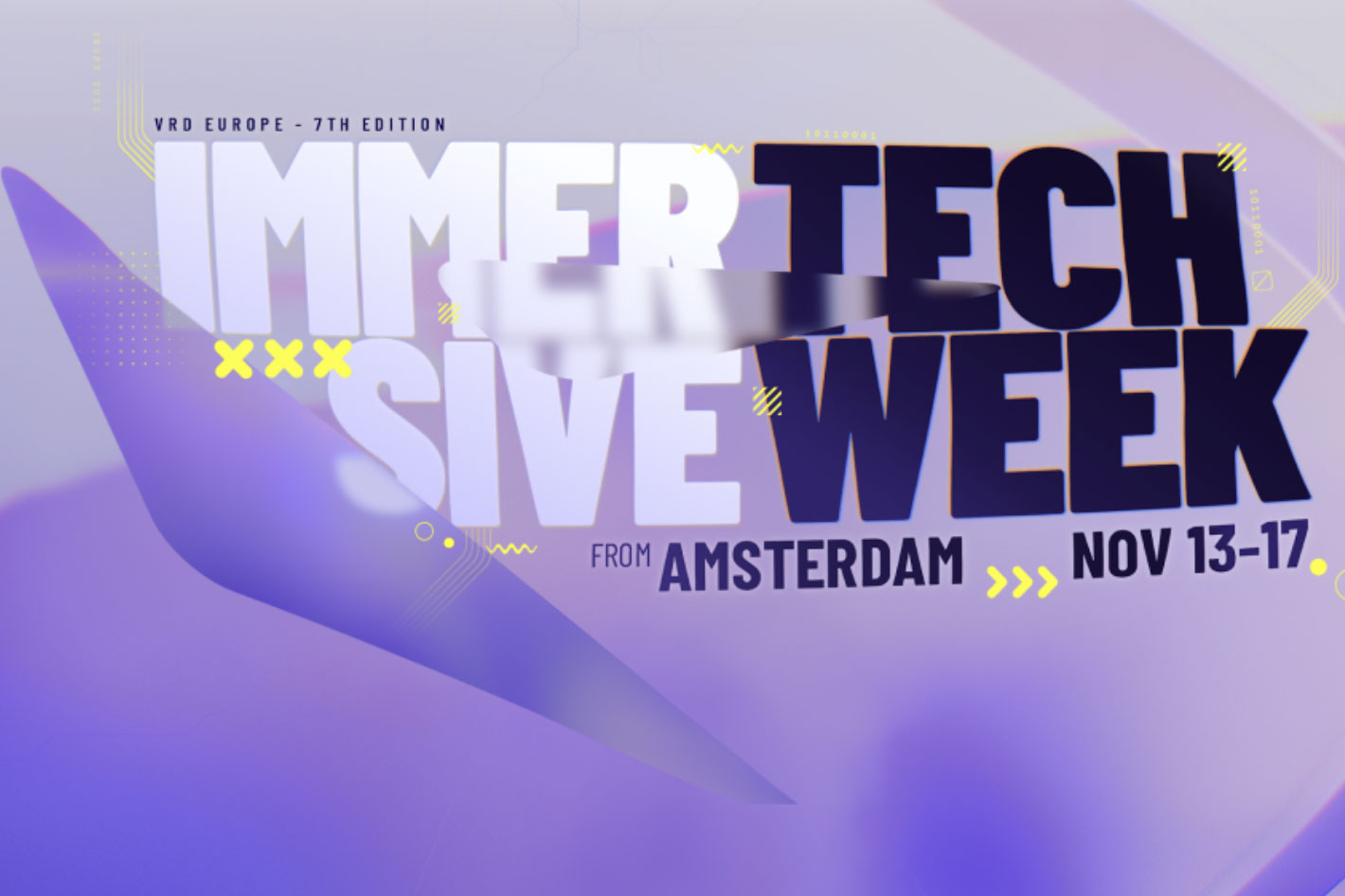 An intensive VRLab for filmmakers

On November 17th, day five of the event, the main theme is “The Arts”. Immersive technologies are everywhere in the arts. In museums, cinema, gaming, dance, theater. Artists are pushing storytelling forward by finding and creating new ways to tell their stories. This year VRDays dives into dance, into social VR as a way to unlock the potential of cultural heritage, new business models for creators and storytelling. Because telling stories is what defines us, what helps us understand each other, what makes us human.”

On November 22nd, Cinedans LAB and VRDays are organizing an intensive VRLab for dance makers, filmmakers and digital designers. Together they will explore new ways in which dance, the moving body and VR come together. On November 17th, the ‘Dance and Embodiement in the virtual world’ session serves as the kick-off of this project, with a lecture about the body in virtual reality. How do we experience virtual space and what role does our physical consciousness play in it? This is followed by three round table discussions in which the subject is explored in more detail together with the audience.

Also on November 17th, a session under the title “Why we should invest in XR Stories – How XR creators deal with an industry focused on film and TV”, included in the series The future of AV, looks at the challenges XR storytellers face when trying to find financing for the professional development of XR-works. While financing and funding structures for film- and television productions are well functioning, structures for XR creators often suffer from a misfit between funding institutions and the creators they (should be) supporting. The session can be followed at the Laval Virtual World Conference. 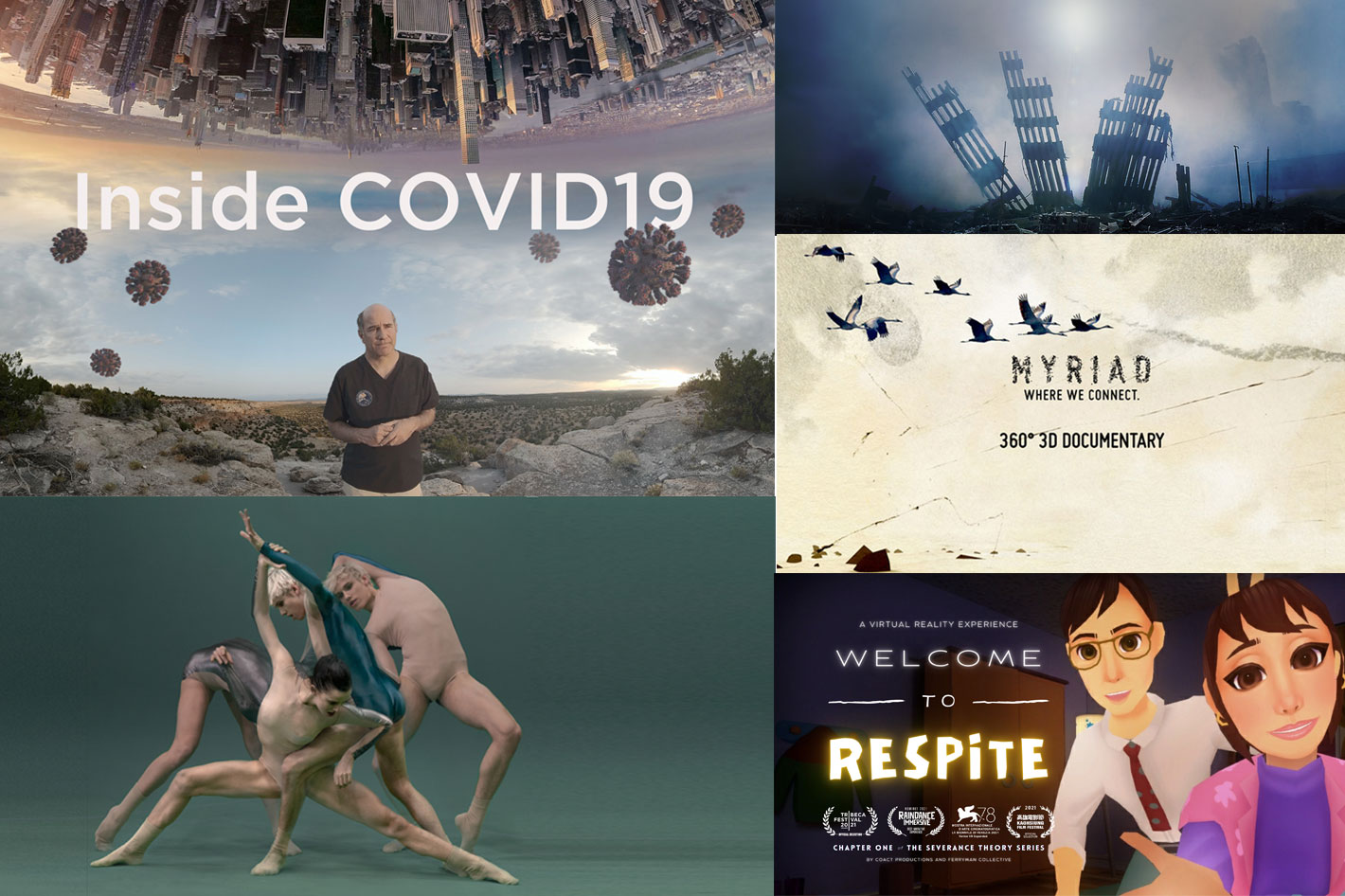 The Church of VR

VRDays is also the place to go to see some of the most outstanding VR & AR content now available. Church of VR is back with a selection of the world’s top creative VR/AR experience, including 6DOF and 360 pieces. The immersive experiences selected will be shown during Immersive Tech Week (November 13-17, 2021) at the OBA Oosterdok in Amsterdam and at the Global Partner Events all around the world. You can buy a pass now to experience the demos.

At Church of VR, creators have the opportunity to showcase their XR project to professionals and the general public. The immersive creative experiences selected for Church of VR will be shown during Immersive Tech Week in Amsterdam and at the other physical satellite events all around the world.

Featured projects this year include Severance Theory: Welcome to Respite, a fictional story that allows the audience to step into the shoes of Alex, as they embark on a surreal journey into a forgotten childhood memory or Nergens, a Virtual Reality Opera in three parts in which music and VR take you to a fascinating in-between space, but there are many other titles to check if you’ve a Virtual Reality headset.