The VoiceQ Democracy Series, launched in 2016, is a new development in post production software that professionals claim to be the most advanced ADR and Dubbing System in the world. 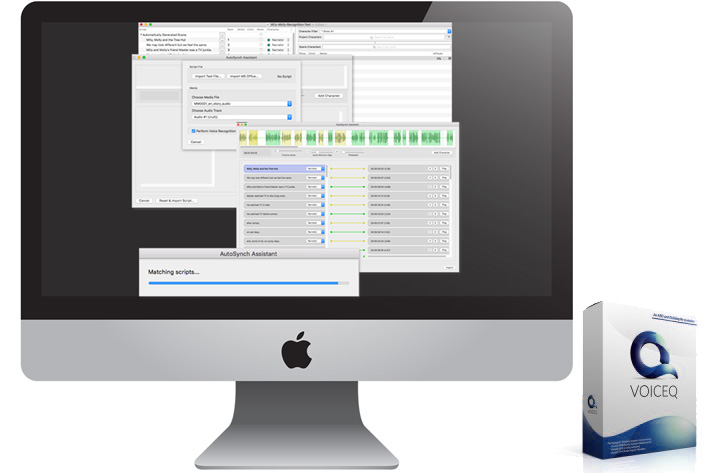 Global technology innovator Kiwa Digital presented recently what the company considers to be a paradigm shift for the industry: the VoiceQ Democracy Series. The software has a special promotion running until January 6. There is also a demo to download and try!

VoiceQ software speeds up the dialogue creation and replacement process in the post-production stage of film and television production. The most advanced software option on the international market, it is credited as halving preparation, recording and editing time over traditional options. The VoiceQ Origin Series was first developed in 2003 to support the dubbing of New Zealand’s indigenous Māori language for television and film production.  According to the team behind the software, “the goal was to enable the adaptation of film to a culture, and give audiences the illusion that they are watching a production created in their own language. After some research, our technical team adapted the rythmo band dubbing concept that has been used in France and francophone countries since 1920, and developed a software solution that replicated the best of the rythmo band features in a digital format.”

To further explain what VoiceQ does, let me share with you a quote from one article published in the Multi-lingual Magazine, in November 2012, written by Jacques Barreau, at the time vice president of dubbing and subtitling at Warner Bros, a professional that travels all over the world and is responsible for providing language conversion services for all WB business units.

In the article, Barreau, whose position at WB now is Vice President, Worldwide Dubbing and Subtitling, writes that “I remember seeing one of the first prototypes of the Voice Q software that the enthusiastic engineers came to present to Warner Bros. around this time. The New Zealand government wanted to dub the Hollywood movies in different languages from the Island, especially Maori. Without a dubbing history, as the main language is English, the New Zealanders were presented with a double challenge. Which technique would be the most efficient and how to quickly train a brand new pool of dubbing actors?  Starting from zero, what would the easiest technique be to adopt? After some research, they rightly understood that the French rythmo band was the best system, and this is where the emerging countries can help push new processes. In France, the industry was comfortable with using the same technique and not in a rush to find anything new. New Zealanders, however, understood that the concept was great, but the way the French were doing it on 35 millimeter film was much too expensive and labor intensive for such a small market. They adapted the concept to new software, which after a few years of tweaking became one of the best in the industry. They just saved themselves 50 years of research.”

“Historically high quality synchronization for dubbing and ADR could only be achieved by specialized professionals working at enterprise level. We are now in a new digital era with overwhelming demand for high quality media that can only be met by placing new software solutions in the hands of the masses. This in turn will shatter the industry bottleneck.”

The company is riding the wave of global trends driving the demand:

“Democratising ADR and Dubbing delivery is a core value for us” says Renata “The first bridge that needs to be built is the one that brings people closer, the one that breaks all communication barriers, the strongest and most important: language.”

The VoiceQ3 Democracy Series has been developed through rigorous testing and trailing over the past year, working closely with beta testers in markets around the world, to achieve a solution able to meet the challenges of this fast-changing industry. Their verdict: “ The most advanced ADR and Dubbing System in the world.”

Now the software is available under a special promotion running through January 6, 2017, which gives a 20% discount on all licenses. For those not sure if the software is what they need, there is a demonstration version available that you can download and explore. Visit the VoiceQ website for more info.