Why one DIY indie project turned to Blackmagic’s DaVinci Resolve

Blackmagic’s DaVinci Resolve 12.5 was the program of choice for editing, coloring, and finishing the original short form comedy series “Please Tell Me I’m Adopted!”  The Wraptastic Productions series is premiering March 6, 2017 on Amazon. For a damn near entire DIY production, the use of Blackmagic’s DaVinci Resolve may have been the glue keeping the production pieces together.

What is this comedy series? Well, here is some lowdown on the show itself. The series was created by Nicole Sobchack who is also the star. “Please Tell Me I’m Adopted!” follows free-spirited and disaster magnet Tiffany who loses her boyfriend, job, and home in one single day. She is then forced to move in with her newly married sister Emma and her husband. The newlyweds get pulled into the many outrageous and hilarious situations by Tiffany. 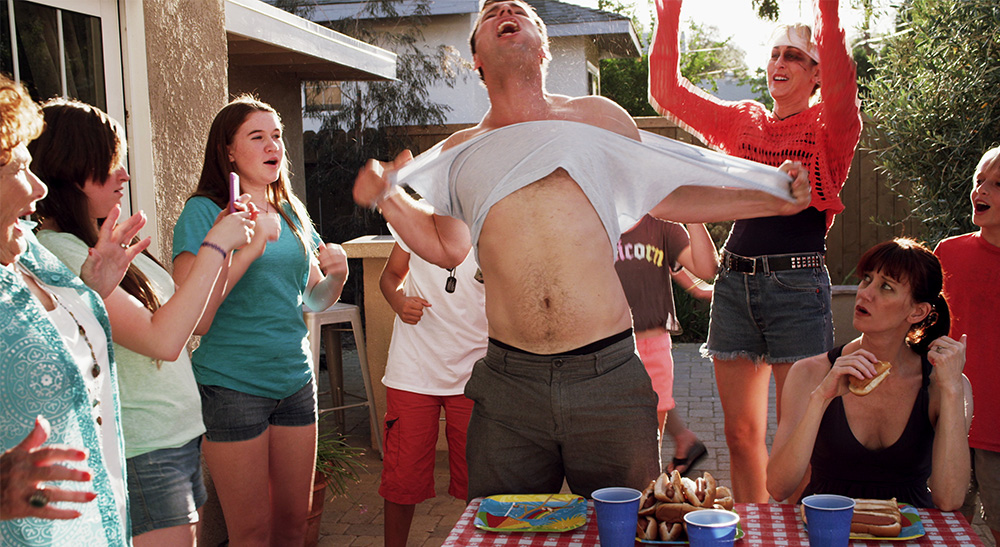 Originally, the show was a one-off youtube video which transformed into the short-form episodic comedy series it is today. This was an all out DIY production. From friends and family lending a hand to a crowd funding campaign this production looked to keep their costs down while giving them to tools they needed “Which is why we chose DaVinci Resolve Studio,” according to Chris Sobchack, Executive Producer.

Because this was a downright DIY indie project, there were the usual limitations on the amount of time they could afford to shoot.  “We shot quickly, and several of DaVinci Resolve Studio’s tools were lifesavers when it came to repurposing footage,” Chris said. “The sharpening and blur tools made shots come alive that otherwise weren’t usable, and image stabilization was huge.”

“We would find something in the trash folder and think, ‘Wait a minute, we can use that!’ We would stabilize it and zoom to cut out anything not needed. We also used temporal noise reduction,” he continued. “For example, there was one shot with three people on a couch, and we cut that into single, twos and threes, zoomed in because everything was shot in 5K, and thanks to the temporal noise reduction, you can’t tell it was done that way.” 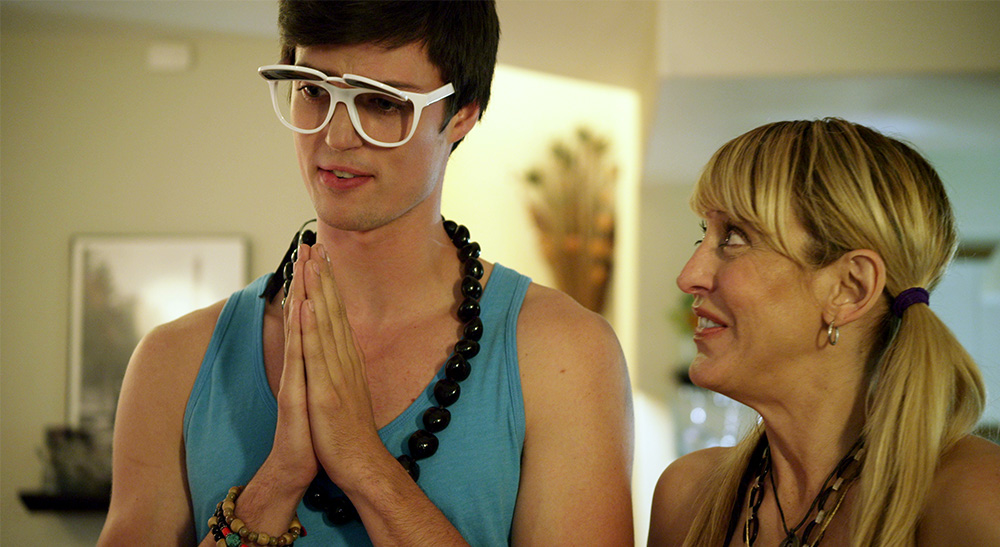 Chris state they took full advantage with DaVinci Resolve Studio’s streamlined workflow. “It’s an easy-to-use NLE, and it’s laid out to be a great workflow that’s as simple as bringing footage into the media page and then moving it along through the edit page, into color and finally, delivery.”

Since Chris is also the Drum and Percussion Technician for Elton John, He was forced to complete a large portion of the post-production while on tour. He took to editing and grading in hotel rooms and even on tour buses on a MacBook Pro using portable drives, USB hubs and Blackmagic Design’s UltraStudio Express capture and playback device.

“The whole project took roughly two years to complete, with Nicole and I doing everything in post ourselves: CGI, sound design, foley, dialogue, the score, VFX, color, editing, titles, output, and mastering,” said Chris. “I would edit and grade both on tour and at home, but as the creator, Nicole had final cut on the footage. DaVinci Resolve Studio’s trim tools were great because she could provide direction in the post suite, and I could instantaneously pull left and right a little, cut back or move around to finesse the edit.”

Like many who have taken the time to learn the DaVinci Resolve toolset, Chris took full advantage of DaVinci Resolve’s Power Windows. Seriously, if you using the program and you have not learned to embrace their power windows I highly suggest to stop reading this right now and learn this invaluable feature. Chris said, “Power Windows with HSL qualifiers were amazing for pushing the skin tones. I could make a quick Power Window, set the HSL qualifier to match, and DaVinci Resolve Studio tracked it seamlessly.”

Chris concluded, “On a technical level, taking all the raw elements, putting them into DaVinci Resolve Studio and then seeing our vision come to life was very rewarding. On a personal level, for Nicole and I to be able to do this ourselves and be able to tinker to our hearts’ content in order to get it perfect was equally as rewarding.” 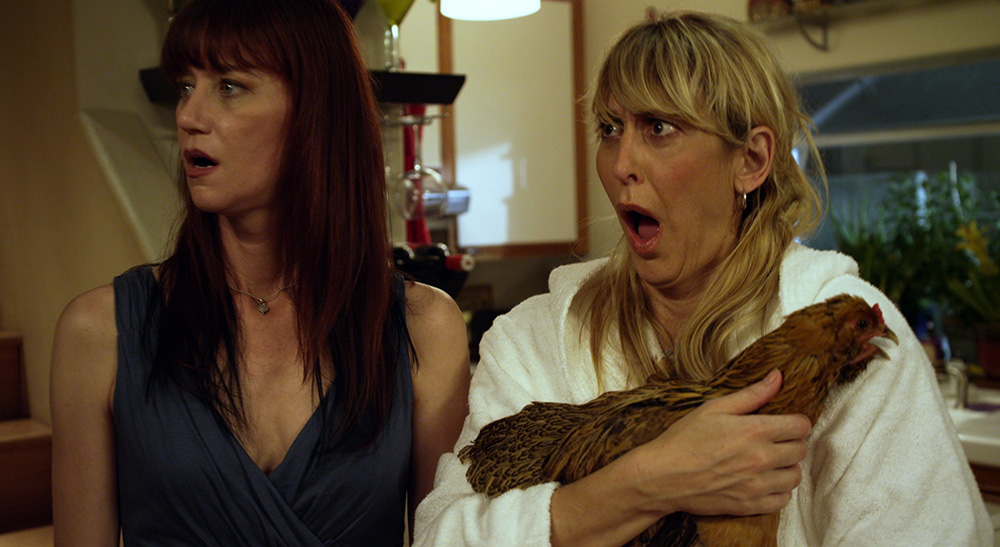 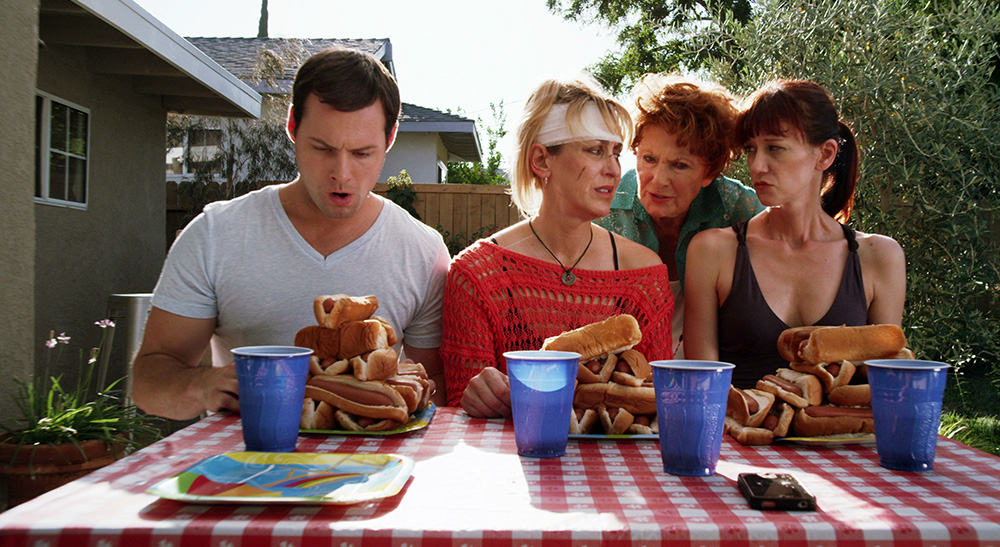