When in 2008 Panasonic introduced the first Micro Four Thirds camera, its DSLR-like G1, the company wasn’t yet aware of the revolution it was starting. Not so much for the MFT format, but because the G series initiated a path that leads to the actual GH5. 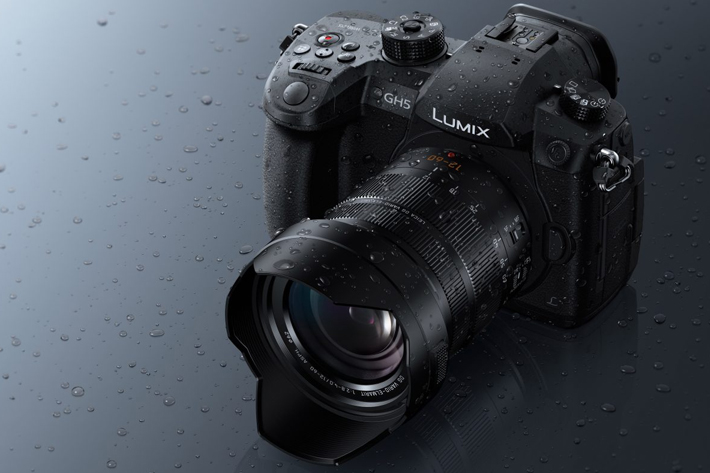 The best way to understand what the Panasonic GH5 is capable of is not through reading multiple camera reviews, but looking at the examples of the work created with it: films and photographs!

The web is packed with reviews of the recent Panasonic GH5, many of them expressing personal views, but not a deep analysis of the equipment. It takes time, more than the time dedicated to many reviews, to touch the core of the system. The final films created with the camera are the best “field test” reviews you can have, so I picked a few examples, both from the original marketing of the equipment and independently produced, as a way to help readers discover a camera that marks nine years of development of the G family at Panasonic.

To understand why the Panasonic GH5 touches so many people, you’ve to look back at how Panasonic started the G series and made it evolve to be a powerhouse in the worlds of photography and video with small format cameras. I was there when it all started… because besides writing about equipment back in 2008, I bought the first G1 model launched by Panasonic, September 2008. I still regret, today, that in my haste I did not wait for a model with video, the GH1, launched in March 2009, but then it did not seem to matter… and I wanted the camera badly after having tried it.

My Panasonic G1, with the nice red toned body and the kit lens Lumix G Vario 14-45mm f3.5-5.6 ASPH OIS, was bought for my wife to use – besides me – and  is still in use today, after my son João discovered how interesting it is as a walk-around small camera, when he wants more than the smartphone snaps. So, a camera that in 2008 received a “highly recommended” from DPReview, continues to be highly recommended by my son. The 4000×3000 pixel images (12MP) that come out from it are still much better than anything a smartphone can offer.

The G series evolved and Panasonic, somehow, got lost in the multiple branching it created throughout the first years. There were five G series to choose from: the entry level GF, GM, GX,  and then the DSLR-like G and GH. From a certain point on it became confusing for users to choose between so many models and names, many times overlapping each other in terms of specifications. So, in 2016 Panasonic announced that it would restructure the whole family, axing two of the series, GF and GM. Grouped by “form factor”, remain in production the GX compact and the DSLR-like G and GH, the last one designed to be a camera for professional video, keeping with the unexpected acceptance and success the GH series reached since the launch of the first model, GH1, in 2009.

The Panasonic GH5 is dissected on multiple reviews on the web, and you’ll find both reviews praising it completely and others that point to some shortcomings, which, after all, are always to expect, as no single product will satisfy the needs of different people. There is no perfect camera, but the general idea when it comes to the GH series is that Panasonic created a true tool for video in a very small camera.  One that can be used on its own or as the center of a sophisticated system, depending on your needs and the extent of your bank account.

A quick “google” search of the Panasonic GH5 reviews will give you multiple directions to choose from, so you can read the review or reviews that best suit your mood or desire. Here, as mentioned above, I opted to go for the final product, the films made with the camera, presenting a few suggestions that you might want to explore, both to understand the potential and for the sheer pleasure of watching the videos/films created with the GH5 by Griffin Hammond or Luke Newmann.

Furthermore, I decided to supplement the visual information with links to some marketing videos  and also to videos that I think will help readers to understand the camera and how Panasonic got here. I’ve followed the creators of some of these videos for a while, and appreciate the way they try to share their own experiences and doubts about the GH5.

I picked one of the videos from Hugh Brownstone (Three Blind Men and An Elephant Productions), the first of a three part series – of which I am still waiting for the last part – because I believe we need to sit down and rethink what we are asking for when it comes to cameras. I like his opinion and the “conversation” that these videos always create. You’re not offered a bunch of statistics and numbers, but a clean, human point of view, based on experience.

The video created by the CameraStore TV people offers us the opportunity to go behind the scenes and see how it all works to get things done. It’s not just the camera, it’s the people, everything from capture to grading, with real people discussing options and problems, trying their best, I believe, to show the whole creative process.

The remaining videos may be classified as Panasonic’s marketing – which some of them are – but they show us real filmmakers at work, with different needs and goals. Through the results shared I believe we all can understand what the camera can achieve. May these examples help you make the right choices when it comes to deciding which is going to be your next camera.