Half truths about MPEG-2 vs. AVC-I compression 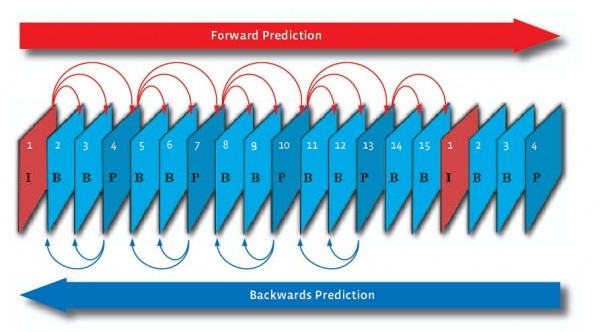 Proponents of AVC-I compression have been quick to seize on a simple, and we believe simplistic, claim: “Twice the compression efficiency of MPEG-2.” It’s a bold promise that has a nice ring to it and has been repeated ad infinitum. The only problem: it just isn’t true.

As long as there has been bit-rate reduction in video recording, there have been compression food fights. Back in 1993, Sony launched our first compressed video format. The Digital Betacam® system featured a robust data rate of 90 Megabits per second (for standard definition, mind you) and mild compression, about 2:1. Nevertheless, compression was immediately attacked as a depravity and an abomination. Of course, Digital Betacam products went on to enjoy widespread success at the high end of video production. Oddly enough, the same people who attacked compression soon embraced it across the board.

The rise of MPEG-2

Fast forward to the present day and compression is almost ubiquitous in the broadcast and video production universe. Prominent among the compression codecs is MPEG-2 Long GOP, the product of the international Moving Picture Experts Group formed by the ISO and IEC. MPEG-2 Long GOP is the technical foundation of many professional recording formats including the HDV™, XDCAM®, XDCAM HD, XDCAM EX™ and XDCAM HD MPEG422 systems.

MPEG-2 Long GOP is so widespread because it combines the efficiency of two types of compression. Its intraframe compression squeezes out the redundancy that exists within individual pictures. But wait, there’s more. The system’s interframe compression squeezes out the redundancy that occurs when one frame of video in a Group of Pictures (GOP) is almost identical to the others. The success of MPEG-2 Long GOP is evident in thousands of productions from the biggest reality TV hits to newsmagazines and documentaries, from sports to education to indie film production.

In the face of this success, the food fights continue unabated with extravagant claims for AVC-I.

It is true that AVC is based on MPEG-4, itself an evolution of MPEG-2. It’s true that AVC is a respected family of compression standards, embraced by Sony for NXCAM™ and consumer AVCHD™ products. What’s also true is that by using the entire set of compression tools as stipulated for the generic form of AVC-AVC Long GOP-AVC really does have twice the compression efficiency of MPEG-2 Long GOP. The kicker is that we’re talking about AVC Long GOP, but the competitive claim is being put forward for AVC-I.

AVC Long GOP takes advantage of a powerful, advanced toolkit of interframe and intraframe compression techniques. It excels at modest bitrates by taking out massive interframe redundancies. In fact, the advantages in compression efficiencies offered by AVC are primarily based on its better exploitation of these frame-to-frame redundancies. Take away the genius-level interframe processing and you’re left with something less impressive: a scheme with just 15-20% more efficiency than other intra-only techniques such as DV, JPEG and MPEG-2 Intra. This slight edge of AVC-I is overwhelmed by the interframe efficiency of MPEG-2 Long GOP. In the end, MPEG-2 Long GOP can produce significantly higher picture quality than AVC-I at a similar data rate.

For authoritative information on how the codecs really compare, and what kind of thinking goes into selecting an appropriate codec, I encourage you to read “Codec Technology for XDCAM Tapeless Products and Systems,” a paper by Hugo Gaggioni, Chief Technology Officer at Sony. Tell Hugo that I sent you.

The next time you’re at a cocktail party and meet an attractive person, try not to use any of the following as conversational gambits.

For a really close inspection of what makes video compression tick from a guy who knows whereof he speaks, take a look at Hugo Gaggioni’s tutorials, on Page 2. They’re the last two parts of a larger series, Basics of Broadcast Technology. The complete series is featured at sony.com/videon.

In Part 4 of Basics of Broadcast Technology, Sony’s CTO Hugo Gaggioni walks you through the fundamentals of compression from entropy, lossless and lossy compression to some recent refinements.

Part 5, the conclusion of the Basics of Broadcast Technology series deals with inter- and intraframe compression, I-frame insertion at scene changes, AVC technology and a glimpse of the future.