Sony is rapidly adding HLG (Hybrid Log Gamma) encoding as an option across its line. HLG is a metadata-free HDR encoding originally designed for live broadcast by the NHK and BBC, but Sony is taking it farther. They’re talking about an “Instant HDR Workflow” based on HLG, in which HLG can be used both for live broadcast and as an acquisition encoding for simple HDR editing: 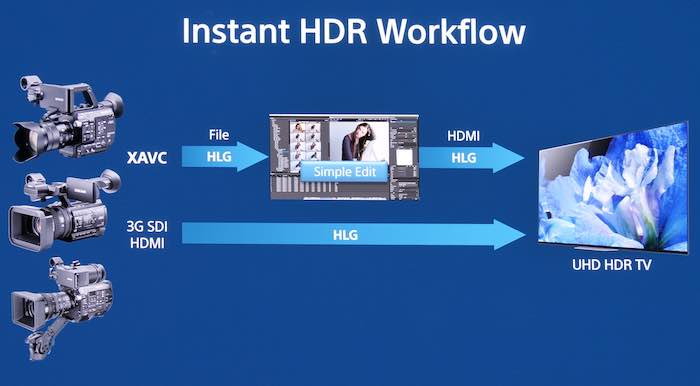 The advantage of HLG is that it’s an “easier” encoding to work with than, say, S-Log3, as no LUTs are needed. If you’re outputting an HLG-encoded file, simply edit and export: you’re done.

I note that FCPX happily lets you cut HLG files and export as HLG, HDR10, or SDR, so Sony isn’t pushing anything too controversial here. It’ll be interesting to see how widely this use of HLG is adopted.

Disclosure: I’m attending NAB on a press pass, but covering all my own costs. Sony hasn’t paid me anything.

Last Fall shortly after the iPhone 12 was announced, we published a video where I explained how to work...