The Virtual Arcade at Tribeca Film Festival features 21 world premiere virtual and augmented exhibits from a total of 33 virtual reality innovative exhibitions and experiences waiting for the public. 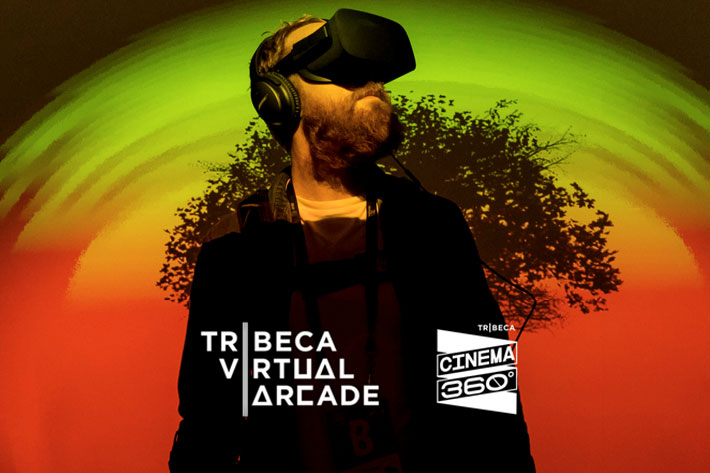 The Tribeca Film Festival, presented by AT&T, has been the premier curator of cutting-edge interactive storytelling for more than a decade. As one of the first festivals to champion VR as a dynamic form of storytelling, this year’s offerings include 33 virtual reality (VR) innovative exhibitions and experiences from top creators such as Jeremy Bailenson, Chris Milk, Eliza McNitt, Eugene YK Chung, Gabo Arora, and Saschka Unseld, and emerging artists Asad J. Malik, Gabriela Arp, and Lucas Rizzotto.

Several Immersive projects featured in the program tackle timely cultural issues, including racism (1,000 Cut Journey), climate change (This is Climate Change), immigration and xenophobia (Terminal 3), nuclear war (The Day The World Changed) and HIV/AIDS (Queerskins: a love story). In addition, the lineup includes programming that allows visitors to become active participants in astonishing experiences, such as swimming with sharks (Into the Now), caring for a baby elephant (My Africa), being caught in the bombing raid of a town square (Hero), and participating in a groundbreaking collaboration of AR and Immersive Theater from creators Graham Sack, Sensorium Works and NY Theater Workshop (objects in mirror AR closer than they appear).

Tribeca Cinema360 spotlights four immersive screening programs: VR for Good Creators Lab, This is Climate Change, horror themed It’s Right Behind You, and the breathtaking experimental visions of Horizons. This is the opportunity to experience 360 degree mobile VR content in a cinema setting. The organizers say visitors should “be prepared for a different and immersive experience you won’t get in a regular theater…”

Tribeca’s position as a stage for VR should not be seen as a surprise, as the history of the festival is deeply connected with many of the changes in the different industries that are represented at each edition. As far back as 2005, before YouTube even launched, Amazon and TFF collaborated on a digital short film contest where users submitted over 1,000 entries onto the site, which had been custom created and was one of the first sites that allowed content upload ability with consumer interaction.

In 2007 the Tribeca Film Festival premiered the first film shot in a cell phone. Dutch avant-garde filmmaker Cyrus Frisch shot the 70-minute film, titled Why Didn’t Anybody Tell Me It Would Become This Bad in Afghanistan? for only $200 on a Sharp 903 cell phone, with its built-in 3.2-megapixel camera. 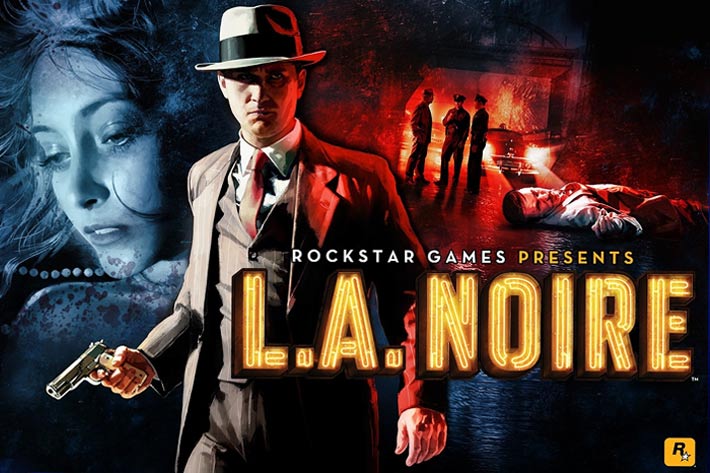 L.A. Noir, the first video game in a film festival

Aware of the similarity of languages between games and cinema, the 2011 Tribeca Film Festival was the the first film festival to welcome gaming in to the official program with the World premiere of L.A. Noir, a detective-based Xbox 360 and Playstation 3 game starring Mad Men’s Aaron Stanton and modeled after crime noir films like L.A. Confidential and Chinatown.  In 2013 Tribeca returned to movie-inspired gaming to premiere Beyond: Two Souls, a PS3 fantasy role-player led by Oscar nominee Ellen Page.  Two years later, Tribeca Games teamed up with Riot Games for its inaugural event “The Craft And Creative Of League Of Legends.” An initiative created to showcase innovation and storytelling in gaming. The event featured five panels with Riot Games’ designers, artists, producers, and musicians.

In 2011 the TFI New Media Fund was launched, to provide funding and support to non-fiction, social issue media projects which go beyond traditional screens – integrating film with content across media platforms, from video games and mobile apps to social networks and interactive websites.  TFI awards grants ranging from $50,000 to $100,000 to select storytellers whose non-fiction, socially conscious works push boundaries and demonstrate the power of cross-platform storytelling and dynamic audience engagement. 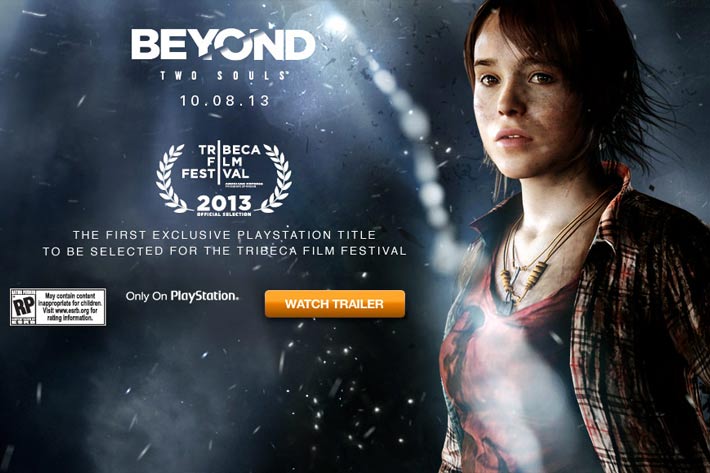 With VR, AR, and interactive becoming common words, TFI Interactive launched at TFF 2012, as a one-stop-shop for Interactive Storytelling during the Festival.  Run by the Tribeca Film Institute, the day assembles the brightest thinkers and innovators for an all-day forum that explores storytelling in the digital age, audiences are able to experience next-level documentary projects, VR, and cinematic video games.

Exploring new frontiers,  in 2013 Tribeca introduced the #6SecFilm Contest, an online juried competition in which people created 6 second stories with a “beginning, middle, and end” via the phone app Vine.  The submissions were separated into four categories: “Auteur,” “Genre,” “Series,” and “Animate.” Also in 2013 the Tribeca Film Festival introduced Storyscapes, a juried, competition section of immersive transmedia works created to celebrate new trends in digital media and to recognize creators who employ an interactive, web-based or cross-platform approach to story creation.

In 2014 the Tribeca Film Festival unveiled Tribeca N.O.W. (New Online Work), a program created to discover, highlight, and celebrate New Online Work from independent storytellers who choose to create and share their work in the online space. Also in 2014, TFF teamed up with the music video service Interlude to launch “Tribeca Interactive & Interlude: A Music Film Challenge,” created in collaboration with The Lincoln Motor Company via Genero.tv’s global creative community. Digital storytellers created interactive music films from their choice of three music tracks: “Heavy Seas of Love” by Damon Albarn; “Ticking Bomb” by Aloe Blacc, and Dead in the Water” by Ellie Goulding.

Possibilia, an experience in interactivity

The same year new grounds were explored, when Daniels, the daring directorial duo comprised of Daniel Scheinert and Daniel Kwan, brought Possibilia, a first-of-its-kind non-linear seamless film, to the Tribeca Film Festival for its World Premiere. The films’ directors and cast presented a live screening of the film with real time choices being made on stage, before the audience’s eyes, an experience in interactivity.

Virtual reality and cutting edge interactive work became a regular presence in the festival. Chris Milk was the inaugural Tribeca Film Festival Featured Creator at Spring Studios in 2015 bringing a sampling of his company VRSE’s newest efforts, including Clouds Over Sidra, an eyeopening, humanitarian-minded project, produced by UNICEF, that put users in the shoes of a 12year-old Syrian refugee in a Zaatari camp in Jordan, and Evolution of Verse, a 3.5-minute short that placed users in beautiful, post-card-ready, computer-generated landscapes. The industry was discovering the potential of VR to create social narratives.

The film Clouds, an immersive, VR-centric documentary, shown through the Oculus Rift, won the Bombay Sapphire Award for Transmedia at the 2014 Festival. Oculus Story Studio also showcased a short (6.5-minute) experience called Lost at the 2015 Festival using the Oculus Rift Crescent Bay prototype. Lost took viewers on a journey to a moonlit forest inhabited by an unexpected creature.

Tribeca, a stage of convergence

In 2015 Jeremy Bailenson brought the Stanford University’s Virtual Human Interaction Lab to TFF. The lab featured three unique VR experiences: you could travel as a marine biologist to the bottom of the sea; play quarterback in a football game; and walk a mile in the shoes of someone of a gender, race, or age, other than their own. That same year Penrose Studios debuted for the first time their VR short film The Rose and I.

The examples above do not represent the whole list of activities associated with TFF. The early interest for games led to the integration, in 2011, of the Games for Change Festival into TFF, and the festival also explored the universe of hacking, in 2015,  when DEF CON founder Dark Tangent brought his internationally acclaimed hacking conference to the Tribeca Film Festival, marking DEF CON’s first New York City event.

For the 2018 edition, which runs until April 29, Tribeca Film Festival continues to be the stage of convergence for multiple technologies and visions of the world.

A festival with a mission

“We are at a cultural crossroads. In times of crisis and contemplation, artists have always found a way to inspire and challenge,” said Loren Hammonds, Programmer, Film & Immersive. “The creators that we’ve invited to take part in this year’s Tribeca Immersive are no different. They are using technology and storytelling to tackle subjects such as the dangers of nuclear weapons, racial and religious discrimination, and the real face of climate change. VR is a medium of transportation, and these pieces will do just that for our audience.”

“Each year, we’re seeing creators push boundaries and explore new ways to tell stories through VR. As the technology improves, so does the storytelling, and with that we are able to use VR to tackle new issues, experiences and narratives and invite new audiences to experience these projects,” said Ingrid Kopp, co-curator of Tribeca Immersive.

The Tribeca Film Festival is the leading cultural event that brings visionaries and diverse audiences together to celebrate storytelling in all its forms, including film, TV, VR, gaming, music, and online work. With strong roots in independent film, Tribeca is a platform for creative expression and immersive entertainment. The Festival champions emerging and established voices; discovers award-winning filmmakers and creators; curates innovative experiences; and introduces new technology and ideas through premieres, exhibitions, talks, and live performances.

The Festival was founded by Robert De Niro, Jane Rosenthal and Craig Hatkoff in 2001 to spur the economic and cultural revitalization of lower Manhattan following the attacks on the World Trade Center. Nelson Mandela attended the Opening Day ceremonies at New York City’s City Hall for the first Tribeca Film Festival where he addressed the crowd about the power of film to unite, humanize, and inspire us all. Now in its 17th year, the Festival has evolved into a destination for creativity that reimagines the cinematic experience and explores how art can unite communities.