Between 1857 and 1860, and 20 years before Thomas Edison recorded his version of Mary Had A Little Lamb on a tinfoil roller he called a Phonograph (1877), a French typesetter/inventor, Édouard-L©on Scott de Martinville, created what are now considered to be the very first recordings of the human voice on a machine he called a Phonautograph. The Phonautograph had a barrel-shaped drum made of Plaster of (what else?) Paris. It sported a diaphragm attached to a pin stylus which vibrated and produced sawtooth waves and squiggles on a hand-cranked roll of rag paper blackened with soot from, most likely, a whale oil lamp [while America had begun to convert to petroleum products at the beginnings of the Civil War, Europe still primarily used whale oil in their oil lamps]. M. Scott’s invention was an attempt to measure the frequency of sounds without the guidance of direct human contact, something along the lines of a seismograph.

“There is a yawning epistemic gap between us and L©on Scott, because he thought that the way one gets to the truth of sound is by looking at it.”

At the time of M. Scott’s recordings, there were no play-back technologies available to convert the scratches and squiggles into audible sounds and, until now, the sound wave tracings on sooty paper could only be admired as fascinating visual artifacts. To understand this concept, one can refer to an article by Jonathan Sterne, a professor at McGill University in Montreal, who, in 2008, in an article in the New York Times, wrote, “There is a yawning epistemic gap between us and L©on Scott, because he thought that the way one gets to the truth of sound is by looking at it.” Alas, let us draw the baleful curtain, dear reader, on Professor Sterne’s yawning gap. 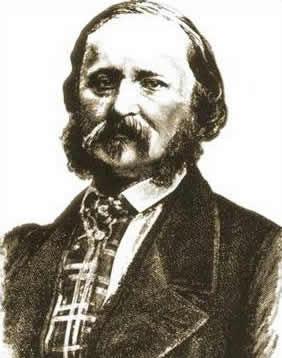 In April, 1877, Charles Cros, a French poet and inventor, realized that one could reproduce the wave tracings of the phonautograph using the photoengraving process to achieve some measure of playability. M. Cros began developing his own version of a recorder called the Paleophone. Before he was able to build a working model of his player, however, Thomas Edison patented his Phonograph on January, 1878.

First Sounds To The Rescue

First Sounds, which is, “an informal collaborative of audio historians, recording engineers, sound archivists, scientists, other individuals, and organizations who aim to make mankind’s earliest sound recordings available to all people for all time,” were the first to express an interest in converting the scratches and squiggles on soot-blackened paper into listenable material. After scanning the phonautograms from the French Academy of Sciences, First Sounds’ David Giovannoni also found recordings from 1857 and 1859 at the Institut National de la Propri©t© Industrielle. He and the archive staff at the Institut made high-resolution scans of the recordings. The scans were sent to scientists at the Lawrence Berkeley National Laboratory in the hills above U.C. Berkeley, who used a scanning device, I.R.E.N.E. (Image, Reconstruct, Erase Noise, Etc.) located at The Library of Congress. I.R.E.N.E. is used to create digital maps of grooved media using optical measuring technology to recover the audio data and reduce noise. Repair is done by digitally retouching decayed or damaged digital image maps of old audio recordings on wax and shellac discs. The audio data recovered from the phonautograms was used to produce the digital-image-to-sound files that are used in Tonehammer’s Phonautograms library. 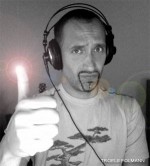 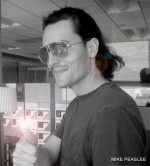 Tonehammer, created by Troels Folmann and Mike Peaslee, is probably one of the most admired and best kept open secrets in the sample library world. They started out releasing tuned and untuned percussion instruments no one had ever heard of, Propanium, Anti-Drum Vols. I and II, Whale Drum, Hangdrum, Cylindrum, Bamboo Stick Ensemble, etc., and have expanded to include stringed instruments, wind, bowed, piano, choirs and voices. While they originally designed all of their samples targeting Native Instruments’ Kontakt 2.2.4-to-3 full retail versions, they’ve begun converting samples into EXS24 and SFZ patches.

As of this writing, Tonehammer instrument sample libraries are available only through downloads from their site. The owners of Tonehammer also produce samples under the name Microhammer. For instance, Microhammer’s Luminabells are percussion sounds recorded from striking differing sizes of lightbulbs. You can check everything out at the Tonehammer site. Prices are reasonable. Individually, most are $100.00 or less. The entire Tonehammer bundle of instruments is $3,135.00.

“In the spirit of celebrating the past and present day sonic pioneers who brought this piece of history to us, we converted one of the sets into a playable instrument. We chose the D Major scale recording titled “Gamme de la Voix – Vocal Scale (May 17, 1860)”, since it made for the most direct and flexible instrument.”

The Phonautograms library and several other sample libraries are free for download at Tonehammer.

A few months ago, Tonehammer reproduced and became two new companies, SOUNDIRON and 8DIO. Both artists, Troels Folmann and Mike Peaslee, are offering new, innovative sample libraries, along with all of the libraries they offered in the past through Tonehammer and Microhammer. Check out their sites to see what they’ve been up to! Here’s what SOUNDIRON’s M1 Garand Rifle sounds like:
M1 Garand Rifle by Soundiron