A band of misfit engineers birthed the digital revolution, 70 years ago, creating the base for the digital world we live in today. A book by journalist, writer and video producer Tom Green, celebrates the date. 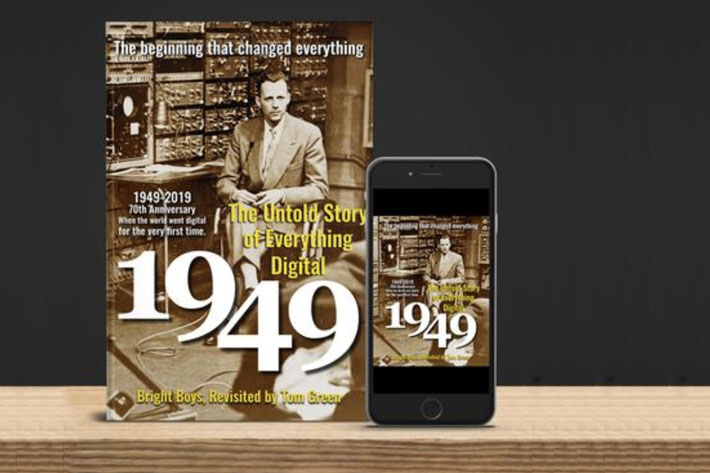 Cameras and editing tools that seem almost magic, computers and mobile devices with more power than the first computers used to take astronauts to the Moon. We take it all for granted and continue to ask for more. We want our cameras, video and photo editors to do more, computers and networks to run faster, and with Artificial Intelligence (or whatever other name you want to call it) we seem to be getting it, for better or worse.

What many tend to forget is that nothing of this would be possible if it wasn’t for a band of misfit engineers, led by MIT’s Jay Forrester and Bob Everett, that birthed the digital revolution, inside an old laundry. The Bright Boys, as they are called, were the first to imagine an electronic landscape of computing machines and digital networks, and the first to blaze its high-tech trails. 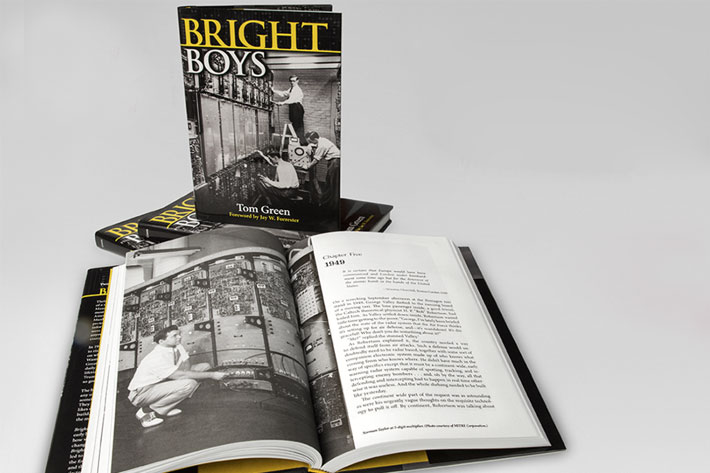 The world just celebrated 50 years of Apollo 11 landing on the Moon. What many do not know is that Eldon Hall, builder of the Apollo Guidance Computer (ACG), had first experience with digital computing with Whirlwind, later incorporating Forrester’s magnetic-core memory discovery into the ACG’s rope core memory system. Whirlind, if you’re still lost, was the name given to the world’s first real-time, electronic, general-purpose, digital computer.  Whirlind was built 20 years earlier, in 1949!

Jay Forrester said, then, “We were engaged in an endeavor that no one else could claim to understand.” The team, headquartered at 211 Massachusetts Ave., Cambridge, MA., at the Barta Building, occupying some 2500 square feet of floor space,  nurtured a monstrous, Rube Goldberg-looking machine called the Whirlwind computer (1948-1959). Although the exact eureka moment of Whirlwind’s first digital ping is shrouded in a bit of mystery, by the fall of 1949, it was definitely purring away, solving simple equations in real time and displaying answers on an oscilloscope. It was a first-ever for real-time digital computing. 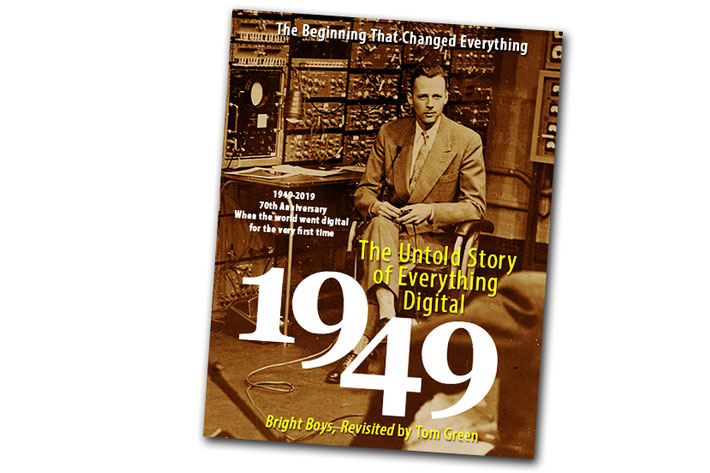 A real story told as an adventure

The story, told as an adventure, comes to life in the pages of The Untold Story of Everything Digital: Bright Boys, Revisited, a book by journalist, writer and video producer, Tom Green, who has been reporting on and producing programming about technology for over two decades. Green is also the author of another book,  Bright Boys: The Making of Information Technology, 1938-1958, published in 2010. This new book takes on that story and expands upon it for this special, anniversary edition.

Although you can buy this new book on its own, Tom Green says that “the books are a complementary pair. It’s recommended for readers looking to examine the more expansive quest for Information Technology (1938-1958) to see Bright Boys, especially for its bibliography and footnotes that cover both books in depth. Browsing through The Untold Story of Everything Digital: Bright Boys, Revisited, which is available in digital format (thanks guys!) is an exciting journey through time, which will make you appreciate even more what technology can do for us. 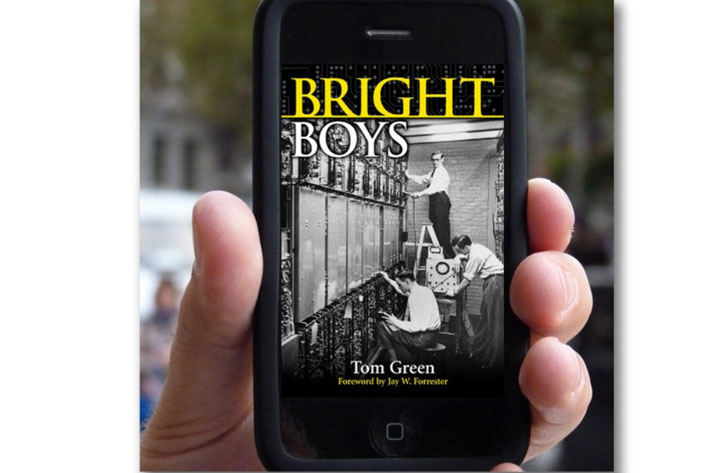 All the RAM in the world was theirs… a whole Megabyte

The Untold Story of Everything Digital: Bright Boys, Revisited  offers some amazing reading that will make you want to go through the 182 pages without stopping.  Let me share two paragraphs here:

“With the ubiquity of digital computing today—in a world “going digital” in every conceivable way—it’s hard to imagine that Whirlwind and its creators were not more appreciated from the git-go. If the world had known then how much Whirlwind was about to affect just about everything, Forrester, in the spring of 1949, might have been fending off paparazzi rather than ill will. 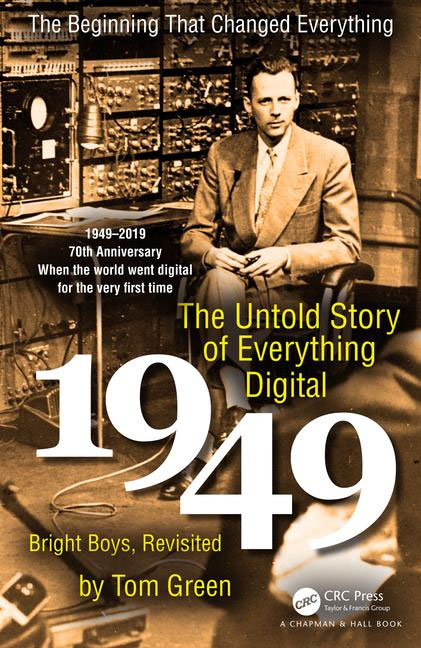 Sometimes even world’s firsts have a tough time convincing anyone of their true value. In 1949, there was less than a megabyte of

RAM on the entire planet, and every bit of it resided in the Barta Building. Forester and company had not only birthed digital computing, but they had birthed Information Technology as well. However, not many seemed to care.”

The books are also available in digital format

Tom Green notes that “not much happens today without the aid of digital electronics, and certainly little in the future will take place without it; yet the young engineers who made going digital possible for the rest of us are faceless, when they should be recognized and honored.”

In fact, everything we know today started then, 70 years ago. As Tom Green says, “2019 is the 70th anniversary (1949-2019) of the Bright Boys pinging off that first binary bit out into the world. It was a beginning that changed everything. Few believed in them…or their strange new technology. We do now.”