Photo books that offer more than an explanation of techniques open windows to new worlds that shoothe the soul. Here is a new one: The Field Studio by photographer Niall Benvie. 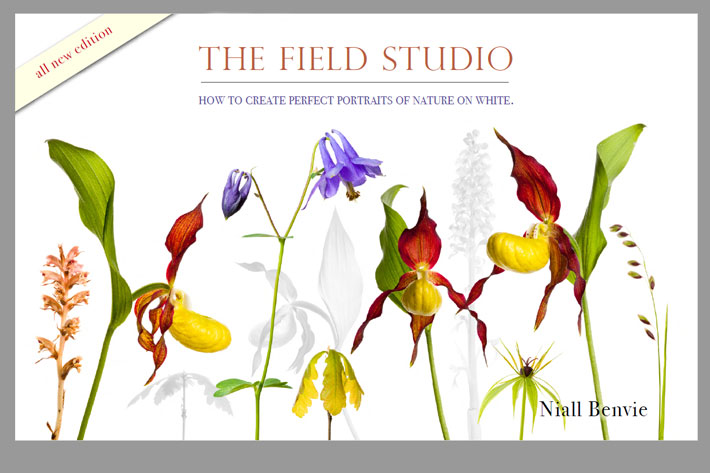 Available this April, the all new edition of “The Field Studio – How to create perfect portraits of nature on white”, by photographer Niall Benvie is a 61-page  adventure that starts close to home.

Seven years ago Niall Benvie sat down to write the first edition of “The Field Studio – How to create perfect portraits of nature on white”, one eBook explaining the core techniques of a process that was and is the hallmark of the Meet Your Neighbours project: subjects photographed against a white background that is lit from behind.

The original eBook is “the bible” for whoever decides to try the technique. Presented as “The definitive guide to creating extraordinary images on white, in the field” the 47-page original eBook reveals how Niall Benvie returned to a technique he had tried previously, on film ”but had abandoned because success was too hit or miss”.  The photographer placed “a piece of translucent white plastic behind some goat willow catkins, put a flash behind it and fired a second one through a diffuser from the front.”

Using a digital camera made all the difference and opened new possibilities.“The moment I saw the preview blinking on camera’s LCD”, writes Niall Benvie, “I realised that I had found a way to revisit old subjects and produce a completely fresh body of work. And to do that locally.” That’s how the international  project Meet Your Neighbours started. Together with Clay Bolt, a South-Carolina photographer who embraced the idea and, writes Niall Benvie, “took Meet Your Neighbours to a whole new level”, the concept was shared worldwide, and soon more than 40 other photographers were active documenting the natural world in their countries, a number that has grown since then. 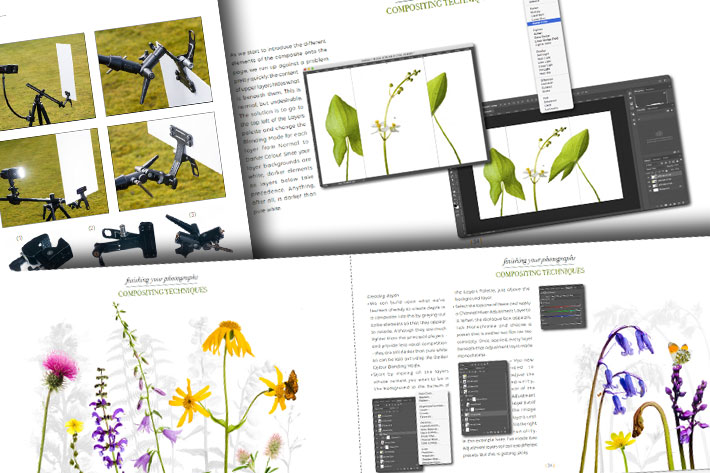 The field studio technique allows the creation of a unique body of work that helps to make people familiar with the neighbourhood wildlife, in order to build interest and empathy and engage people in the major environmental issues of the day. The project’s tagline, “Biodiversity begins at home” encapsulates the project’s ethos, wrote Niall Benvie in the closing words of the first eBook. It continues to be valid this day and has served many photographers around the world to awaken the interest of communities for those unseen neighbours that live all around us.

This April, a revised edition of the eBook  The Field Studio is launched, with 61-pages and more ideas to explore regarding the images created using the MYN – Meet Your Neighbours protocol. Niall Benvie writes that “In the seven years since I wrote the first edition of this e-book, enough has changed to merit a substantial revision of it. Change has taken place in the technology we have available to create and process the images but moreover, we’ve had time to see the evolution and maturity of the Meet Your Neighbours project, then just a couple of years old. Its signature look was, and is, defined by the white background and it has proved, as we had hoped, to be an effective tool to engage interest in the subjects.” 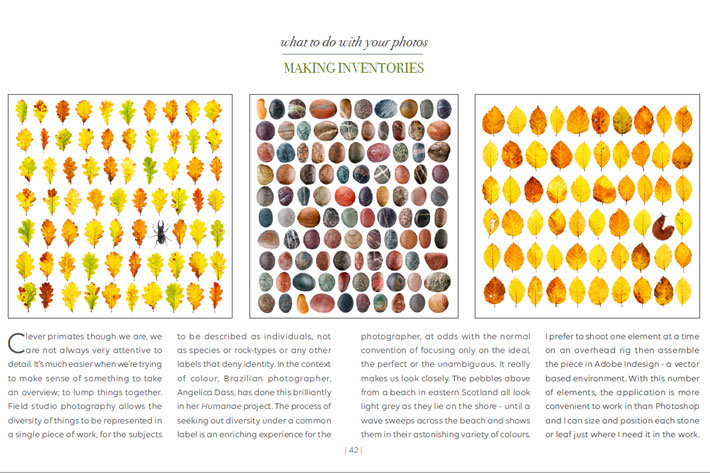 The value of sharing

The author concedes that “My interest in producing field studio images waned after I published the first e-book; it began to feel like I was just repeating myself. But one of the biggest lessons I’ve learned during my creative career is the value of sharing.” In fact, while for many people just learning the technique was enough, some photographers “took the basic idea and found new things to do with it, things I hadn’t thought of”, adds Niall Benvie.

The photographer has since ”re-appropriated some of these ideas, put my own spin on them, then put that new work out into the world” a revelation to which he adds that “a creative feedback loop, initiated by sharing a technique, is a mechanism we creatives are ill-advised to ignore.” The eBook The Field Studio includes work from three photographers, Clay Bolt, Lily Kumpe and Mark Barrett, that have taken the idea to new grounds, projects that will, no doubt, help others who read this eBook to set their own experiences to share with the world. 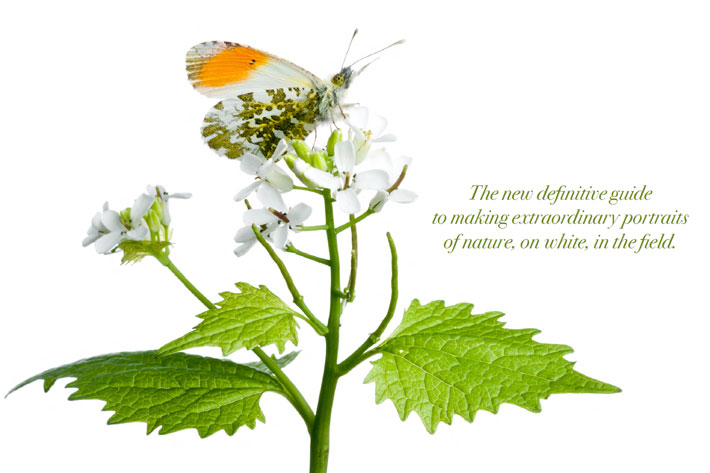 Try this at home now

While I’ve mostly photographed flowers and small critters using the MYN protocol, I’ve also explored  the technique for my series The Birds of Prey Portrait Sessions, started in 2011, from which I picked some “bird portraits”  that won a prize in a major photo journalistic competition. The international judges gave me a second place in the Environment category… although I entered the Portrait section, as I was thinking “outside the box”. 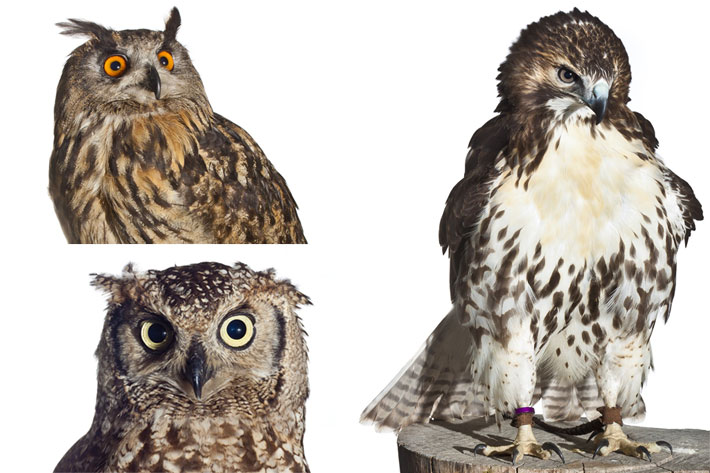 The fact that these birds live in captivity – and can not be returned back to nature – made it easy to create a studio session to photograph them. Once the studio was set up, each bird was placed on the tree trunk used as a perch and photographed in a brief session conceived to not stress the animal. As these birds are used to people, it was easy to achieve the results shown here, with some birds apparently enjoying the session.

Although my experience with birds of prey departs from the Meet Your Neighbours protocol, which asks photographers to shoot their subjects in the field, it’s another approach and use to the technique that may help others to find subjects to photograph using the same process. In fact, I’ve used it also for still life, and tabletop photography, something you can try yourself, if you’re quarantined at home. This is probably a good time to discover, try and perfect the Meet Your Neighbours approach to more than wildlife. 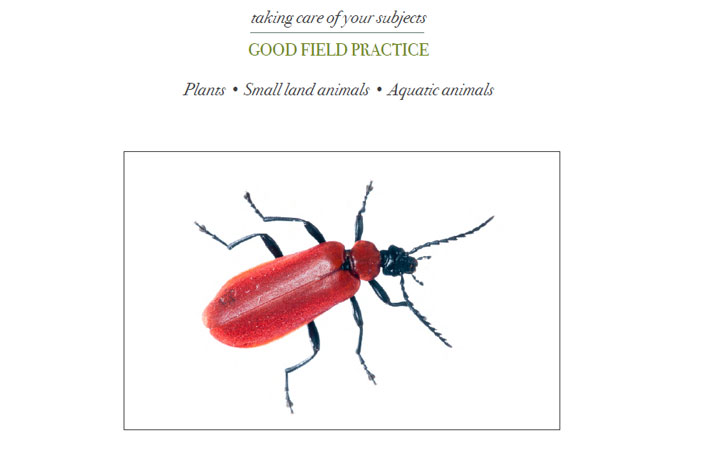 The technique, which Niall Benvie explains in detail in his new eBook  and is easy to understand – although it takes a little practice to master – will allow any photographer to discover a whole new world to photograph, while in the field. It’s perfect and you’ll enjoy the results, especially if you’re after a different way to document wildlife close to home. The number of projects created by different photographers around the world using the technique confirms its potential, and it’s a never ending experience that will give you a whole new vision of your neighbours. If you’ve your own garden, maybe you can start there!

The eBook The Field Studio, though, is more than the mere explanation of the technique. Niall Benvie takes us back to the original experiments that led to the use of white backgrounds, shares some of his thoughts, experiences and fears felt throughout the whole process and then points to multiple ways to take the Meet Your Neighbours concept to more than pure editorial levels, exploring artistic expressions that allow for other ways to explain the world around us. His own images and those from the photographers invited represent  a pool of ideas that you’ll probably want to use as starting point to your own adventures in the natural world.

Follow the link to Niall Benvie’s webpage dedicated to the eBook The Field Studio – How to create perfect portraits of nature on white” for more information and to buy the eBook.