A Ghost in the Making recently won Best Short at the 2016 G2 Green Earth Film Festival. Filmed with high-speed cameras, it’s a cry to save America’s native bees. 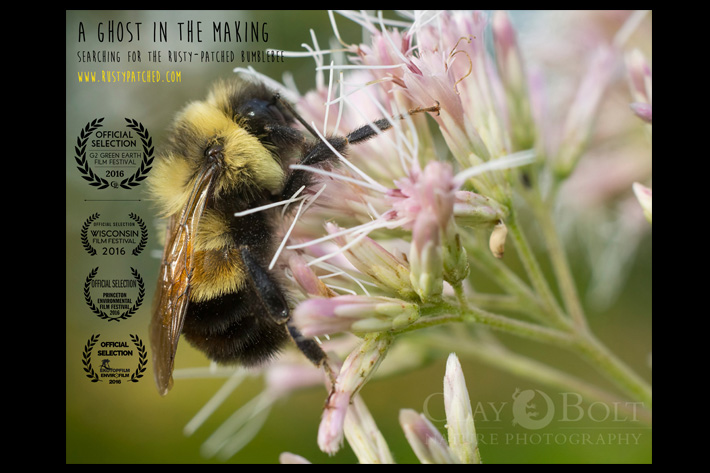 A documentary about bees needs to move fast. That’s why the production team used cameras delivering everything from 24 to 634 fps to create a short documentary that will make you see bees in a different way.

November 16, Wednesday, from 5:30pm to 7:00pm, at the Carnegie Institution for Science, in Washington DC, the program Wild Speak – Photography Conservation Communications, will present short environmental films and trailers produced or created by the International League of Conservation Photographers (iLCP) Fellows and Affiliates. 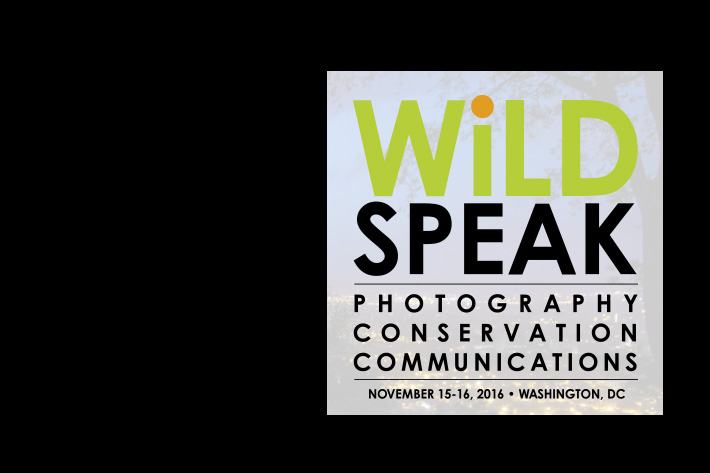 One hour of films will be followed by a Q&A session with the filmmakers present. The free program will include a trailer for the film A Ghost in the Making, which represents a turning point in the career of nature photographer Clay Bolt.

I’ve followed Clay’s crusade for a while, as I know him from a project he started in 2009, with photographer Niall Benvie, Meet Your Neighbours, for which I contribute. Meet Your Neighbours is an international nature photography project developed to encourage an appreciation of the wildlife within our own communities. MYN photographers now represent over 40 locations around the world!

Clay Bolt is a natural history and conservation photographer, specializing in macro photography with an emphasis on invertebrates, reptiles and amphibians. He’s an Associate Fellow in the International League of Conservation Photographers (iLCP), President-elect of the North American Nature Photography Association (NANPA), and the co-founder of Meet Your Neighbours. His current focus is on North America’s native bees and the important roles they play. In 2015, Clay moved to Bozeman, Montana, to take on the position of communications lead for WWF’s Northern Great Plains Program.

Clay, whom I’ve interviewed more than once, has a special interest in insects, which led him to discover a passion for bees. One bee in particular became the center of his project: the Rusty-patched Bumble Bee. His documentary A Ghost in the Making, is the story of that elusive species. For this project, Bolt partnered with Day’s Edge Productions, a science, nature, and conservation-oriented, broadcast-ready production company that features a team of Ph.D.-trained scientists and award-winning filmmakers. 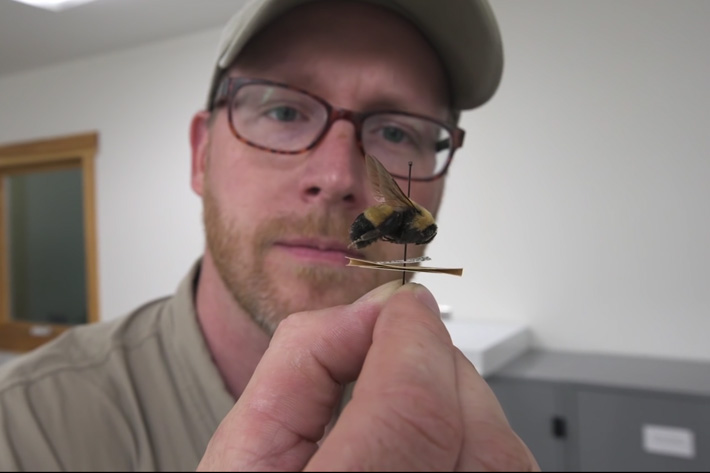 To film the various bees in action, Day’s Edge Productions used the Fastec TS5 high-speed camera, capturing the bees’ flight behavior in slow motion on many occasions. According to Jason Daley, a writer for Smithsonian.com, “Clay and Day’s Edge Productions pulled out all the stops, using drones, slow motion cameras and swelling music to show the beauty of the little bee and the challenges it faces.”

Fastec Imaging is pleased to have contributed high-speed camera technology for an award-winning documentary bringing attention to the 4,000 species of native bees in North America that are either endangered or at risk of becoming endangered.

Since its introduction in 2015, the Fastec TS5 High-Speed Camera has been used in a wide variety of scientific, industrial, academic and artistic applications. Featuring a 5MP 12-bit high-speed CMOS imaging sensor, a 7” touchscreen display, and a built in SSD to store up to 2TB of image data, the TS5-Q model records up to 2560 x 2048 (QSXGA) at 243fps to onboard memory for 6.3 seconds. Recording speeds increase to a maximum of over 29,000fps at smaller resolutions. At full HD (1920 x 1080), used for this project, the camera records at up to 634fps. 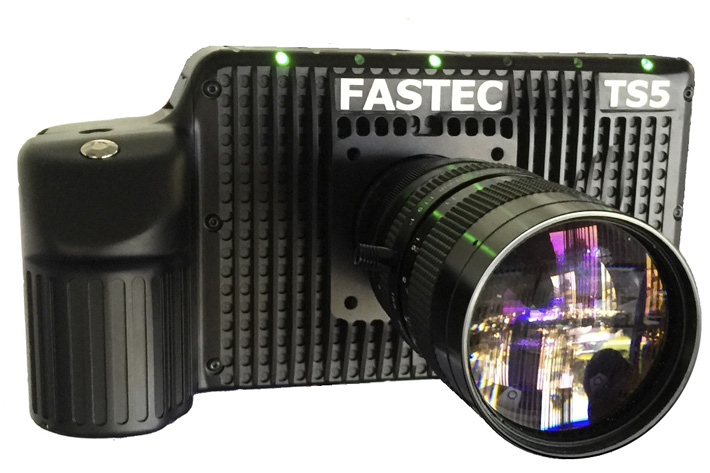 Asked about projects for the future, Clay Bolt says that “The rusty-patched bumble bee is only one of many species of North American bee that needs more exposure and conservation support. We feel fortunate that Ghost in the Making has played a role in US Fish and Wildlife Service’s landmark decision to recommend the rusty-patched under the protection of the Endangered Species Act, and we hope to produce other films to speak up for other bees and other lesser known creatures in the near future.”

The documentary A Ghost in the Making is a 19 minute voyage with Clay Bolt that will change your perspective about multiple things: bees, photography and video. Seeing Clay Bolt create some of the photographs will make you understand that you do not need a whole lot of gear to get good results. Both traditional photography and images created following the MYN protocol appear in the documentary. The video itself will make you want to grab your camera, whatever it is, get lost in Nature and express your feelings. The bees… well, they will change your mind about bees, reveal you a whole new world and reasons to help save the bees.

The Bee That Breaks Your Heart