To capture photos or video of wild animals close to your door you don’t need high quality cameras and the right technology may already be in your hands: it’s a smartphone! 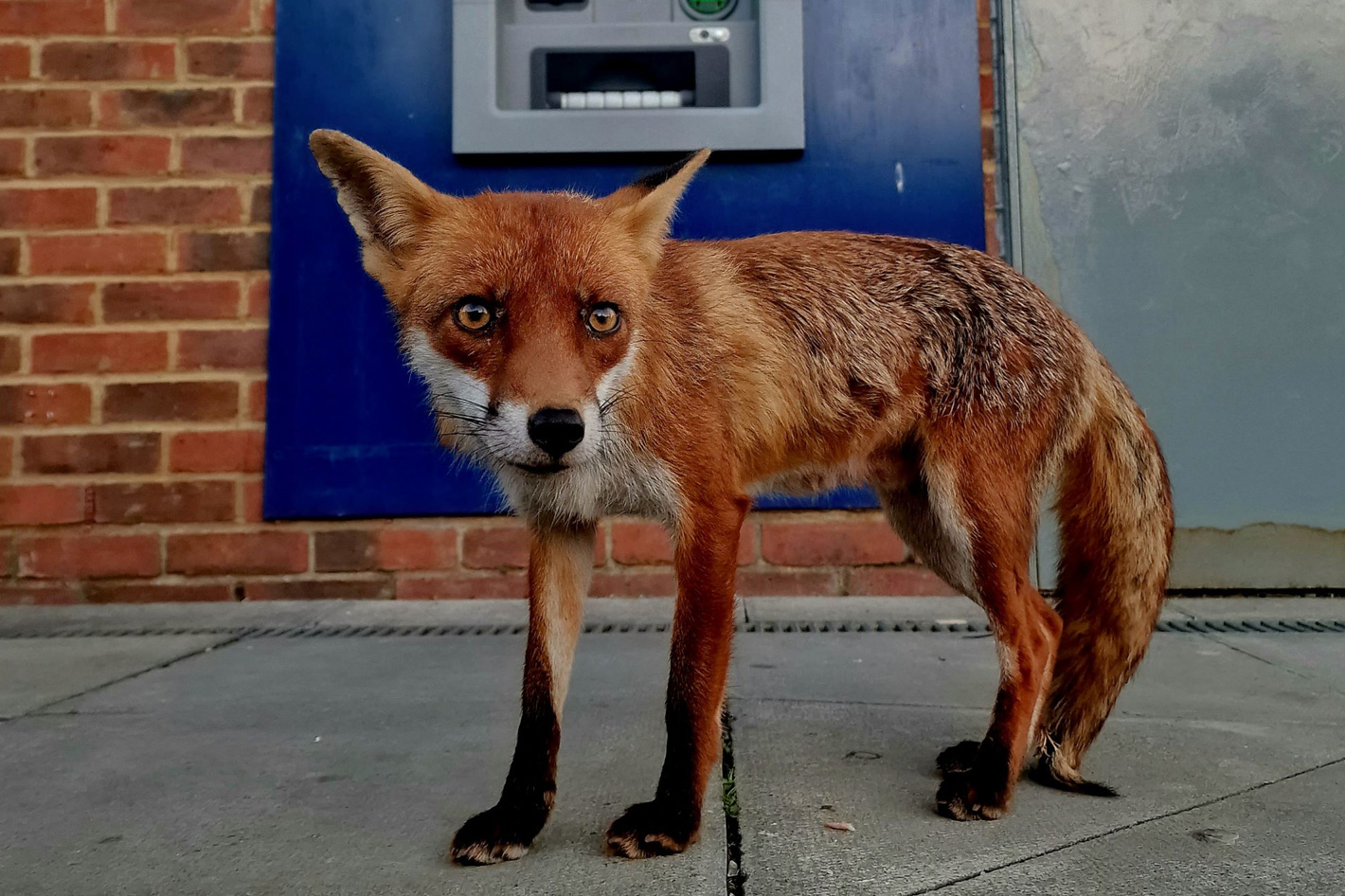 Wildlife photographers Ian Wood and Kyle Moore spot and snap pictures of Britain’s most elusive animals including badgers, hedgehogs, and deer… and do it all with just a smartphone.

Since I bought my Samsung S22 Ultra, I’ve used it as my main camera for photographing nature, from wildflowers to insects, with some video included. I’ve yet to use it for mammals, from deer to hogs, but I’ve by now amassed a good collection of images that show the versatility of the smartphone when used as a tool to document nature and how human’s actions change the landscape around us… in good and bad ways.

The smartphone is the only camera I use now to document nature and wildlife around the area I live, so I am aware of its potential, and I’ve only touched the surface of what it can do. Still, as recent news from United Kingdom show, when it comes to capturing pictures and video of wildlife in their garden, 62% of Brits believe they don’t have the right access technology to snap animals, with 59% wishing they had access to high quality cameras for this reason.

Wildlife photographers Ian Wood and Kyle Moore show that you don’t need to have a lot of gear to capture images – both stills and video – of wild animals, and they show it at night, which is considered a more difficult part of the day to get things right. What you discover watching the video now made available is that you don’t need to carry a lot of gear with you and the only camera you need is a Samsung S22 Ultra smartphone, which offers a Night Mode function that will do the trick.

The video guide is part of a larger project that included a survey of 2,000 Brits, to know how familiar they are with the wildlife living next door to them. Respondents were asked which of the UK’s most elusive creatures they had seen in the wild with two thirds (66%) revealing they have never seen Britain’s native red squirrel and 47% claiming to have never seen a hedgehog. 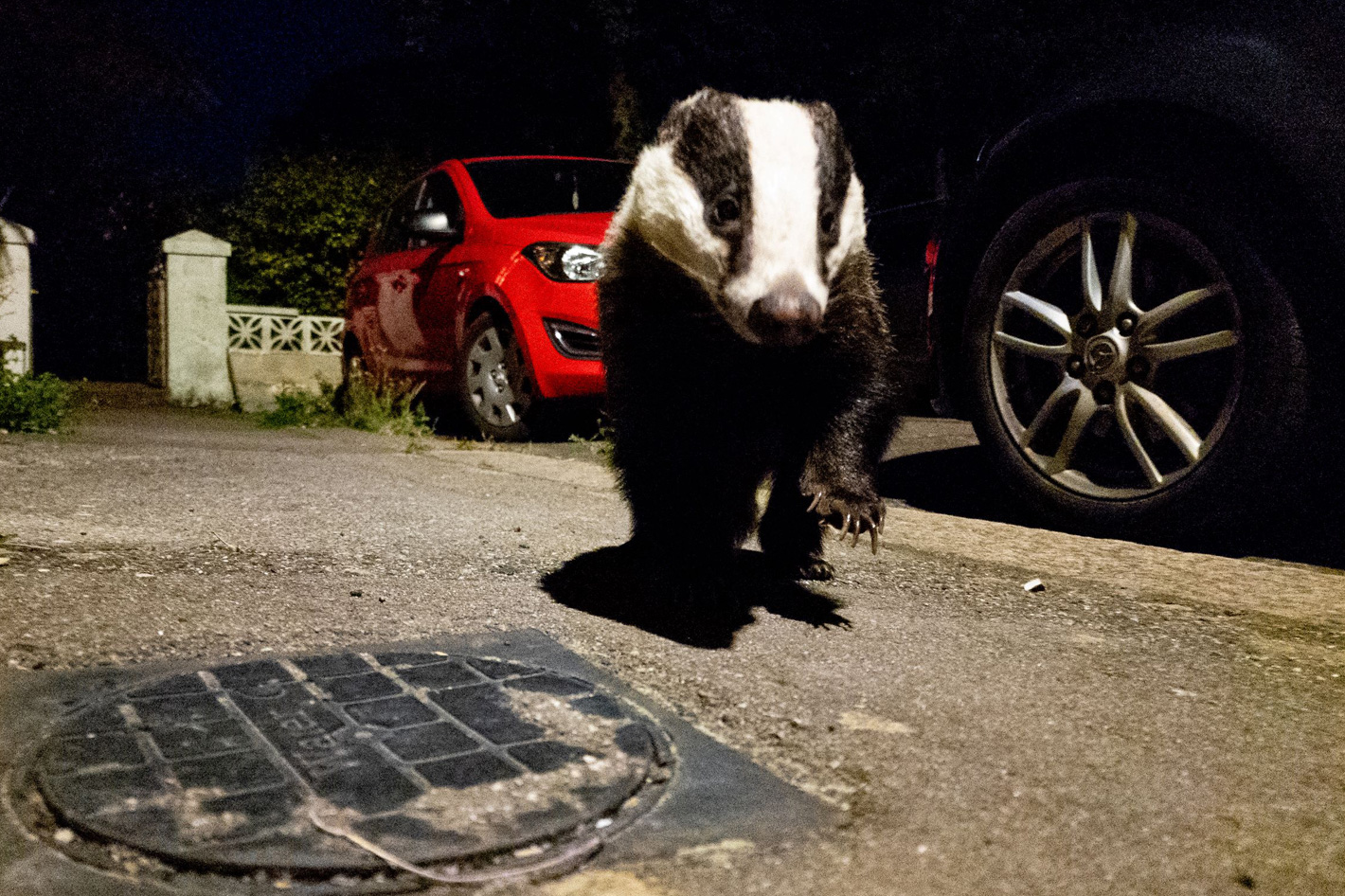 The new research identifies Britain’s most seldom spotted creatures, a list topped by nightjar, the pine marten, and the golden eagle, considered among the UK’s most elusive species. Four in ten (41%) of those surveyed said they didn’t know bats were native to the UK, despite the nocturnal creatures representing a quarter of all indigenous mammals in Britain.

Almost a third of Brits (36%) weren’t aware that species of deer could be found in cities, even though the deer population in the UK is at the highest it’s been for over 1,000 years. Does and stags are regularly spotted in urban areas and villages around the UK, from Glasgow, to Sheffield and London.

Over a quarter of respondents (27%) admitted they’d only had the opportunity to see wildlife like owls, bats, and badgers when at wildlife sanctuaries or zoos.

This is revealed at a time when wildlife populations are growing across UK cities making it easier than ever to spot critters in the back garden or crossing city roads, with London alone being home to more than 15,000 known species across birds, insects, and mammals. When it comes to capturing pictures and video of wildlife in their garden, 62% believe they don’t have the right access technology to snap animals, with 59% wishing they had access to high quality cameras for this reason. 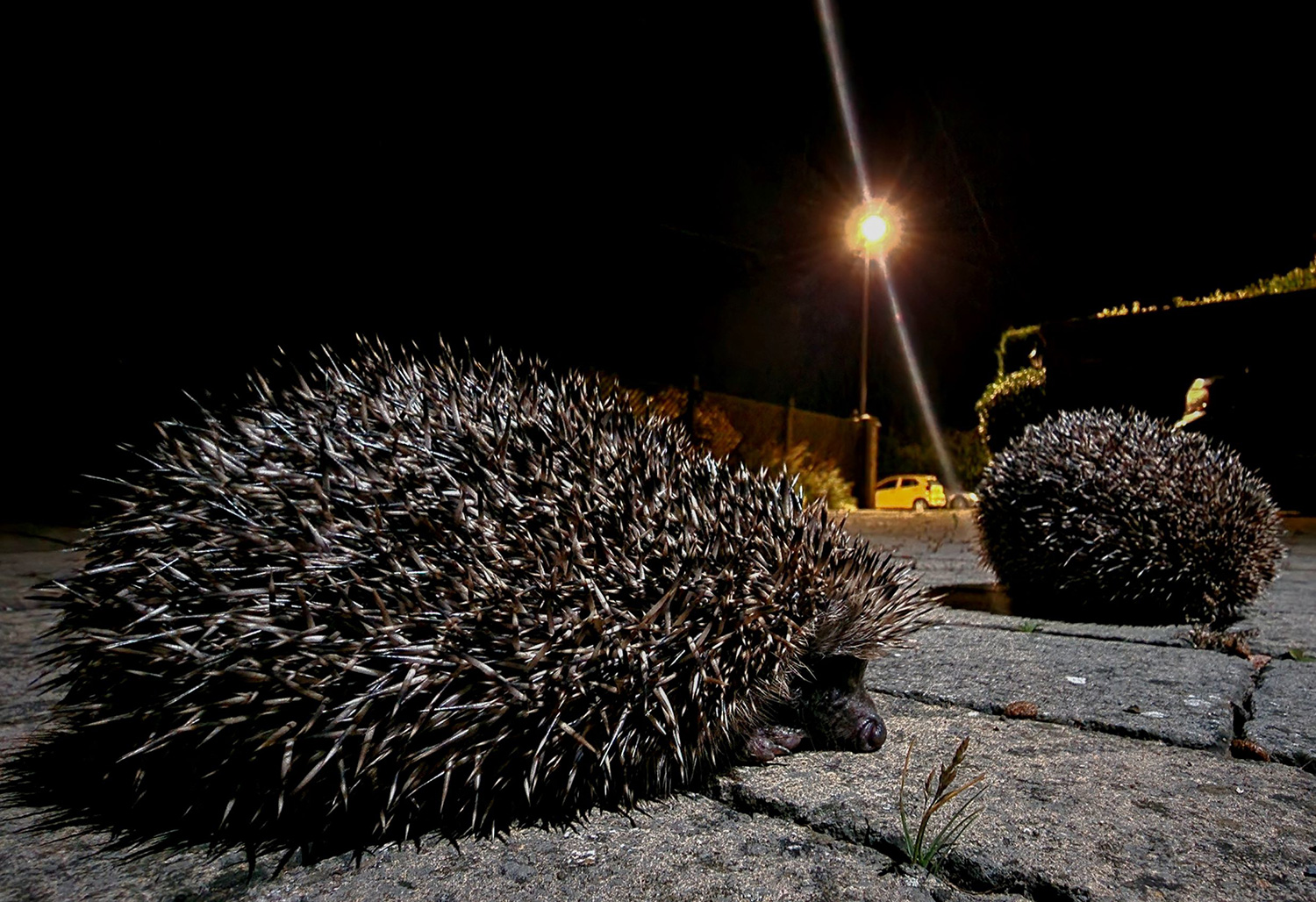 Wild animals living alongside us

Smartphones, or at least some models of smartphones, can help change that, if you motivate people to use them for more than selfies! Samsung UK has partnered with TV and radio presenter Angellica Bell to create a video guide to help the public spot and safely capture photography of British wildlife using the Galaxy S22 and its Night Mode and Pro camera functions.

Samsung also partnered with wildlife photographers Kyle Moore and Ian Wood to document a series of the UK’s nocturnal for the video guide to spotting and safely snapping nocturnal wildlife presented by Angellica Bell. The guide follows the two photographers as they spot and snap pictures of a Britain’s most elusive animals including badgers, hedgehogs, and deer.

When asked about the project, Angellica Bell said “In the UK’s built-up urban cities, it’s easy to forget just how many amazing animals are living alongside us. From the urban fox on the prowl to a herd of deer living in a housing estate, it was incredible to work with two talented wildlife photographers who were able to capture unbelievable footage of these animals. Following their simple tips, you could be on your way to becoming an accomplished wildlife snapper in no time, and capture some of our incredible wildlife too!”

Lecturer in ecology at the University of Brighton, Dr Bryony Tolhurst said: “It’s no surprise that the Nightjar and the Pine Marten are named as the UK’s most elusive animals as they only live in certain places and are secretive and hard to spot. Despite popular belief, UK towns and cities aren’t devoid of wildlife at all and in fact are home to a wide array of mammals, birds, and insects. Some of the animals on the list are nocturnal and live on our doorsteps, so some of the best opportunities to see the animals is when the sun starts going down.” 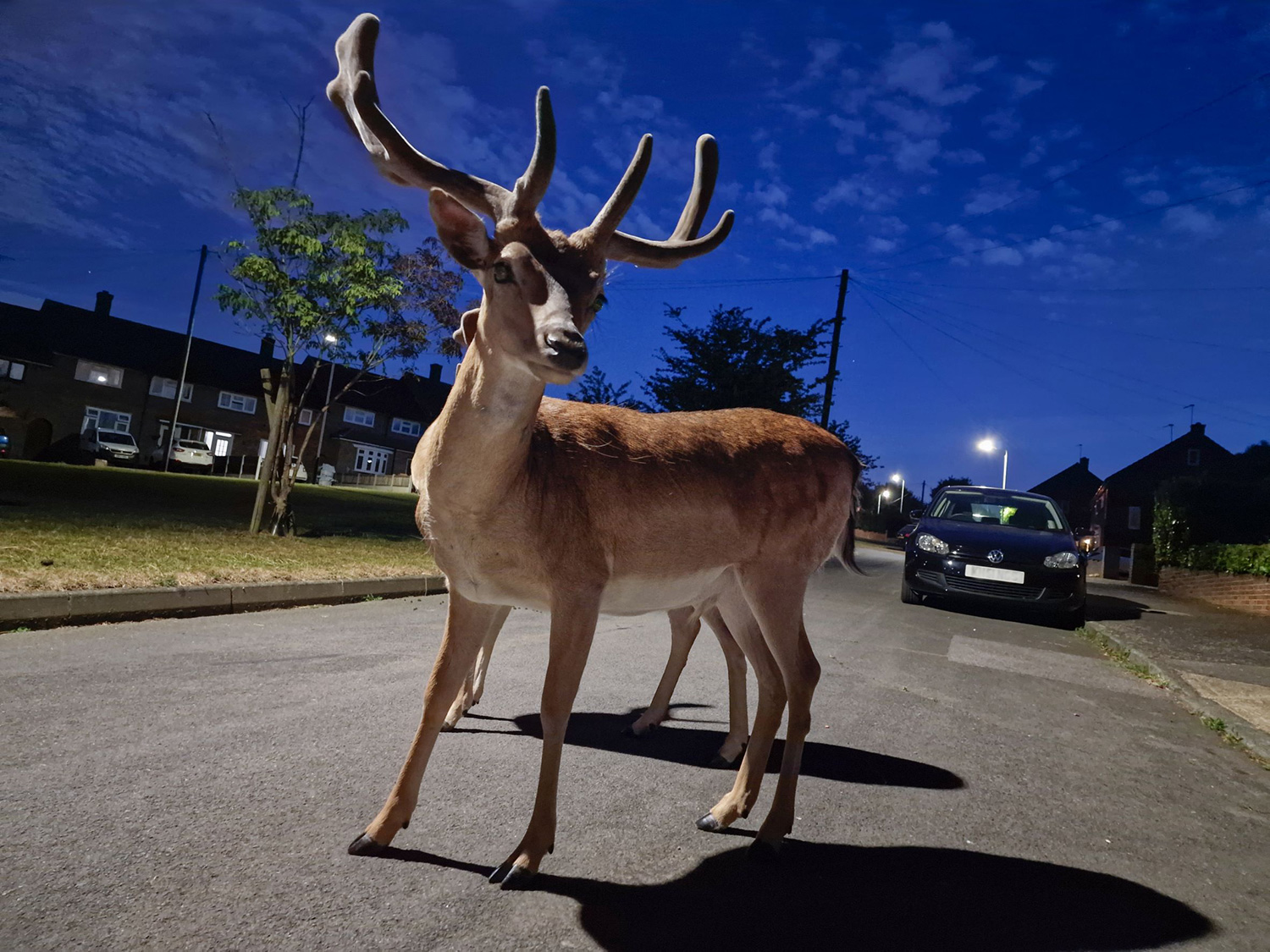 Ashrita Seshadri, Head of Brand Marketing at Samsung UK added: “When developing the Samsung Galaxy S22, we wanted to give our community the most advanced camera experience possible. Night Mode allows users to capture amazing shots in lowlight and night-time conditions making it the ultimate tool for the urban wildlife photographer just as these illusive animals come to life.”

Photographer Ian Wood, who sometime ago penned in his blog “So nice being back home after my time in Africa … Spring flowers and nocturnal visitors every night! A few shots from yesterday at my watering hole” about photographing foxes and badgers in his back yard al so wrote, on a more recent note: “I’ve been working on an interesting commission for Samsung recently using their S22 Ultra phone for nocturnal wildlife photography. It’s groundbreaking for photography on a mobile phone and takes decent photos even in low light.”

Kyle Moore, a wildlife photographer that runs a unique experience, a Foxes by Night workshop around his hometown, has spent many years photographing, as he says, “a number of different individual foxes and through countless hours of patiently waiting and observing, I have got to understand their nightly habits very well!” His experience in the field was used for the video guide presented by Samsung, and although the gear being used is different, one only must understand that “the best camera is the one you’ve with you” and follow the tips shared in the video to get starting shooting wildlife with a smartphone. Let the urban safari begin!