Fixed apertures on all cameras mean you do not have much control over depth of field on the Samsung S22 Ultra. Here are a few notes that may help you to achieve better results. 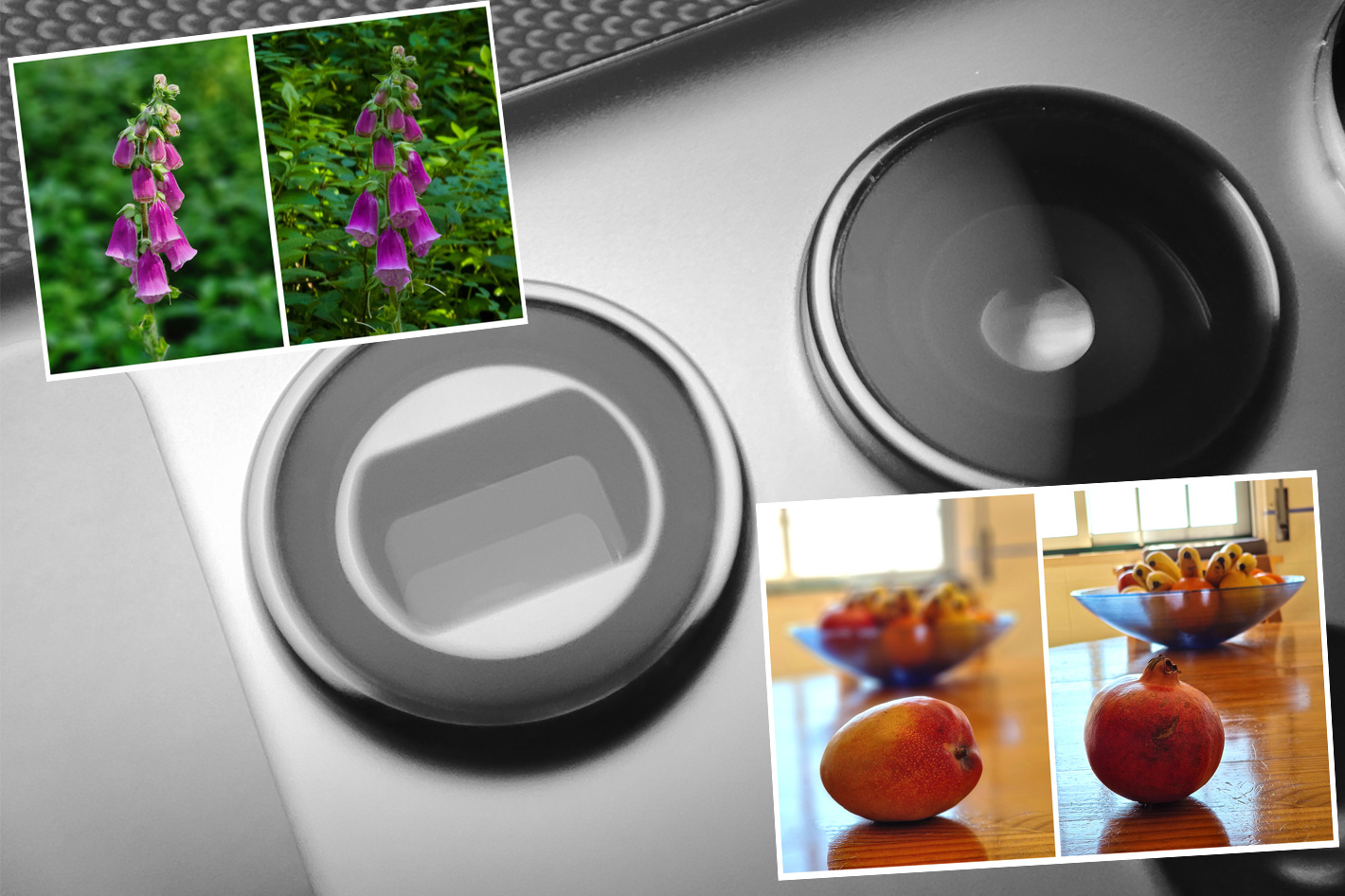 To get the best blurred backgrounds when shooting with a smartphone, you need to forget manual control and embrace computational photography. But you can still define a few things…

While smartphone cameras are also bound by optical laws when it comes to depth of field, computational photography has introduced some unique options that, despite limitations, are interesting to explore, if you know where to look and understand how to bend the AI to your own goals.

I’ve explored, since the first days I got my Samsung S22 Ultra, how the cameras available work with depth of field, and I’ve reached some interesting workflow methods that may help others to get better pictures with this model but also with other smartphones. I’ve mostly explored the two telephotos included, 70 and 230mm, as they offer focal lengths closer to those I like to use with conventional cameras.

Depth of field, or DoF for short is a key element for many of my photography, and I’ve played with it, mostly to photograph flowers in, as I use to call it “my own way”. The recipe is simple – a long focal length and a wide aperture – but the way to get the results I desire is a bit more complex. Let me explain the concept before we continue.

Photographing flowers “my own way” results in image where the flower is detailed against a blurred background. In nature, where you can not move your subjects from their position, for best lighting and composition, you’ve to find a subject that can be placed close to the lens but that at the same time is distant enough from the background so you get the soft bokeh, that can either be a blur of different colors – other flowers, sky, patches of green – or a single tone, darker or lighter according to the lighting conditions.

While some may imagine a macro setting, I use to photograph flowers with the long end of a zoom lens, in my case a 100-400mm paired with an APS-C sensor, which gives me the field of view of a 640mm. As the lens I use focuses at 90cm, I can get really close to my subject and, through using a f/5.6 aperture, get everything behind the flower out of focus. This is done, generally, while handholding the equipment.

Because optics are based in rules, many times I’ve to give up photographing a specimen that looks very good to the eye, because of various reasons: I can not get close enough to the flower or the distance from the flower to the background is not enough for the result I want, and, in many other cases, none of the conditions are met.

What was already a difficult task with a conventional camera and a long lens becomes even more demanding when you try to create the same type of images with a smartphone that is less ergonomic to keep steady, has a prime telephoto lens of only 230mm (which is great for this type of device, though…) and because of the way the optic system works makes it harder to get a bokeh similar to a conventional camera, AFAICS.

Having played for a while with the cameras I’ve a series of notes with distances and camera modes and what they allow you to achieve, which I believe can help others to get better results from their smartphones. While some of the concepts apply to smartphones in general, the results shared here are from the Samsung S22 Ultra and reflect my experience trying to get the best results, when photographing flowers, with the 70 and mostly with the 230mm lens.

As a rule, I never use the basic camera mode available on this model. As I want to control the changeable parameters – ISO, speed, focus and WB – I use either the Pro mode from the Camera app or the Expert RAW app. I’ve shared my reserves towards the Expert RAW before, so for this article I will just say that, in general terms and when it comes to DoF, both the Pro mode and the Expert RAW work the same way. I’ve also published, before, a long text about the MFD – minimum focusing distance – so if you want to know more about the subject, go and read it.

No control over aperture

Photographing flowers outdoors is feasible with the Samsung Galaxy S22 Ultra, but for this test, where I wanted to measure distances and try different settings, I recreated a typical outdoor situation setup – this time on my kitchen table as my cats decided to sleep on the studio area -, with an orchid and some dried flowers for background. As expected, and abiding by the rules, the closer you’re to the subject and the more distant the background is, the more diffused it becomes.

One aspect to consider, before we continue, is that the 230mm telephoto in the S22 Ultra allows me to get really close to the flower, so I only get a section of its petals, but as I want to get the whole flower, I need to shoot from afar, which by itself means that the background will be less blurred, for the same setup. One other aspect to remember is that I’ve no control over aperture – which changes DoF – so the f/4.9 aperture remains constant.

With the 70mm (image on the left), filling the frame with the flower while leaving some negative space reveals too much of the background space, although everything is – slightly – out of focus. But it is a busy background. The 230mm telephoto (second image from the left) works better, with an image almost identical in size but with a smaller angle of view that only reveals the dried flowers, but continues to be a cluttered background that does not help to define what the key subject is. Moving the dried flowers further back does blur the background more, but as happens with any conventional camera, if you can’t keep the background distant, you’ll never achieve the results you want. the solution is revealed in the third image from the left. Keep reading!

Portrait mode and a 3x crop

This exercise helped me to confirm that unless you can effectively control the distance from the subject to the background, you’ll not be able to separate it from its surrounding, and this is true for flowers or any other subject. If you opt for a close-up or macro, you can achieve better separation, but with flowers – read subjects – of medium size that you want to capture whole, distracting backgrounds can be a problem. This means that we’re exactly where we started: bound by the laws of optics!

Now, because this is a smartphone, and computational photography plays a part, I’ve good news for you. It’s possible to separate the flower from the background. Although optical rules are still present, they are apparently broken by some magic. I can tell you what happens, but you’re probably not going to like it. Portrait mode in smartphones does a neat trick when photographing people, as it does some math under the hood and creates a “mask” with a blurred background around the subject.

While not a perfect solution – you’ll soon discover why, if you start using it… – it works in some situations… and it can be applied to more than portraits of people. There are some “rules” to follow, with subjects having to be between 3 and 5 feet for the automatic system to work, and the system is usually paired with the wide-angle lens. The Samsung Galaxy S22 Ultra has an extra asset, though, as it gives you the option to use 3x digital zoom while in Portrait mode, meaning you get a better separation from the background as you “zoom in”.

Basic Camera app to the rescue

The basic camera app is not something I use, but the only way to use Portrait is through this mode, so I’ve spent a few weeks now using it, just for “portraits”, of different subjects/objects, to test the system, both indoors and outdoors. It does work, as the images published here show, but one word of warning: if you open the EXIF file you’ll discover that even if the info stats the 70mm lens was used, what is being used, in fact, is the wide-angle lens – 23mm – with 3x digital zoom applied. It’s a “dirty secret”, especially if you prefer to use optical lenses instead of digital trickery.

Two things are true, though: the result imaging is very detailed, and it’s a straightforward way to get blurred backgrounds – most of the time -, although it’s not always perfect as I would like it to be. It would be fantastic if Samsung could make this usable with the real 70mm lens – at least – but I guess computational photography is not something that can be used everywhere. One more note about Portrait mode: you can adjust the focus area and intensity of the effect after taking the shot, and there are different effects to choose from.

One final note for all those who, at this moment, have asked: does this work with video? Yes, it does, as there is a Portrait Video mode accessible by opening the “more” option in the basic Camera app, in the S22 Ultra. You can capture video with the wide-angle lens and also with a value of 3x digital zoom – or crop – (70mm), and you have access to some of the filters associated with the option, as well as the option to define the intensity of the effect.