Do you want a chance to help build a better camera?  Then read this:  Apertus, an open source camera project, will soon kick off their crowd-funding campaign where they will be looking for early adopters and developers for their upcoming Axiom Beta Camera.  One just has to be willing to put down their money on a camera that is in the development phases.

Who is Apertus and why are they building an open source camera?  Apertus is an open source community striving to put the camera you want in your hands by keeping the whole project… open.  Sharing is the key.

The Beta camera is a camera in development.  As soon as they launch their crowd-funding campaign the Beta Camera will be sent out to a few brave souls to help them work the bugs out.  What is the Beta camera..? well it's a camera… in beta.  Otherwise, it's in the process of being developed.  It's not perfect, but this will likely be the only time one can get their hands on a camera with these features and pay so little.

– Remote control of all camera functions from smartphone, tablet, laptop

– Using Microzed board (instead of Zedboard used in AXIOM Alpha)

When Apertus kicks off their crowd-funding campaign backers who support Apertus and their Axiom Beta Camera can look to spend $760, with the additional cost for the sensor, to become an early adopter.  This amount is dependent on the different modules one wants to add to their camera.  Obviously, the more modules the more it's going to cost you.  Following a brief community vote, it appears the CMOSIS CMV 12000 sensor is the choice for many who are looking to pick up this camera and give it a try. 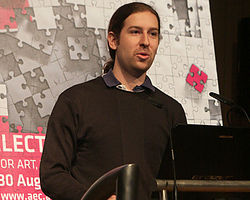 Why make an open source camera? Why not buy a camera?

For me personally, it started as Red announced the Scarlet 3K camera as the very first affordable cinema camera solution. At that time, I discovered the apertus° project (it did not have the name yet at the time and was just a forum thread basically) and thought: “Do I really want to rely on a company to know what I need or do I start to design my tools myself”. After Red delayed the Scarlet and changed it and then canceled it altogether in its original form, I was already a member of the apertus° project for some time and never regretted that decision.

How much will a camera operator be able to change in the camera?  RGB to NIR?  Or, is a change like Color with a de-bayer to a mono chromatic image even possible?

It purely depends on the skills, energy and time of the person to customize the camera to their needs. This can go from a simple change in the GUI to add a new button to creating a complete custom enclosure with a new lens system plus camera internal image processing for a special application, there are no limits.

Will a user be able to add speed ramping or change the dynamic range of the sensor by going from a global shutter to a rolling shutter?

For speed ramping features the external recorder will probably be the bottleneck in the Axiom Beta. Once we have our own internal recorder module (Axiom Gamma probably) that should be easily possible.  If the image sensor supports that features (dynamic range tricks, global/rolling shutter) then the camera will support such features as well.

With such inexpensive cameras like the Blackmagic’s, how can Apertus stay relevant?

Blackmagic creates minimum feature products for a mass market. People who waited for one year and finally got their 4K camera from them now realize that their camera had just been made obsolete by BM at NAB and that its unlikely they will see any issues/problems on their current camera fixed anytime soon.

If you buy a cheap camera lasting one year for 5 years its really not that cheap anymore. With the Axiom we don't just create a product, we create an entire platform with an ecosystem. Look at what Magic Lantern did to 5 year old cameras and imagine what the Axiom will become within that time frame without any artificial barriers and obstacles like Canon uses to secure their firmware but having all the documentation and firmware sources freely available.

Who will succeed using the Beta Camera?

The Axiom Beta is a developer prototype so its clearly not for everybody. Many people ask us if they need to be programmers to use it. The simplest way to describe what the user experience will be like is to compare it to Magic Lantern. If you are “hacker” enough to create a custom SD card with magic lantern on it and then boot the alternative firmware on your DSLR chances are good you will be “hacker” enough to use all aspects of the Axiom Beta.

We will provide the community with all the information required to get started and also dig deeper if somebody wants to do that and the community together with the apertus° team will provide all the support we can to help every single user with his questions/problems/ideas.

Who will fail… or is better off using something different?

People who just need a “point-and-shoot” camera and have no interest in learning how the device works will not be happy with the Axiom Beta (and probably will not like most other cameras as well 🙂  ). If you are open minded and ready to learn how the camera works and how you operate it you will be just fine.

Who is your ideal customer?

For the Axiom Beta we seek to find early adopters and developers mainly. That are people who don't just want to USE the camera but also give something back to the community. That can be feedback about what works, what could be improved, how it could be improved to actual contributions to implement such improvements like software/documentation contributions or a new custom built enclosure for example. Our ideal customer sees the Axiom Beta not just as a piece of hardware but as a social experiment that he/she can be part of and benefit from.
What is the time-table… as best as possible… for the beta camera?  Also, this is for me as a way to work with you to help build interest when the time is right.

We will require around 1-2 months to prepare the campaign properly at least if everything goes well, we need to create a crowd funding video and graphics explaining what we want to do in an easily accessible way.

From reading a bit about you and the project… I have a feeling you’re a touch of a rebel… someone who wants to do it their own way.  Am I right?

yes, the self liberation approach is a key aspect of the project. 🙂

I talked to DOPs who were involved with camera designing engineers from big companies and they were shocked how completely out of touch with reality those engineers were with no idea about the real world requirements of the tools they were designing.

Has a camera manufacturer tried to buy Apertus yet?

Thats the subversive part of apertus° 🙂
Nobody can buy apertus° as a project – there is nothing physical you can own – its a philosophy and a community of people committed to that philosophy. All our work is freely available so nobody can shut us down or use the technology for closed source products.
There are no patents to buy, there is no brand to acquire.

How close will the Axiom Beta be to the module’s concept?

The Axiom Beta will be modular to some extent (like changing external connectors) but will not use the Open Modules concept yet.

What recorders do you suggest using with the Beta Camera?

Any recorder that can accept a 25-30 FPS HDMI Full HD signal should work.
For the Axiom Alpha we used an Atomos Samurai with a HDMI to SDI converter.
For 4K video we will need to test solutions once they become available. So 4K video output can be seen as only “experimental” for now.

For those looking to put the money down and become beta testers what do you suggest to them to best prepare themselves?

There is not really anything you need to prepare or train for, I guess a good thing people could do is get to know the community they will soon be a member of – maybe there are other Axiom Beta users living close by to where they live – this could lead to some interesting future collaboration…

(Thanks to Apertus and Sebastian Pichelhofer for answering my questions – B)

To me, this is an interesting project.  I love the idea of potentially getting a few of my ideas into a camera system, and helping Apertus develop their vision.  Then there is the cynic in me who wonders how Apertus will survive in the long run.  Can they innovate quickly enough to become a choice for camera owner/operators?  Needless to say, I love what they are doing and have already donated to their effort.  I will be one of the first to back the Beta Camera and help them on their journey to make an open source camera system. 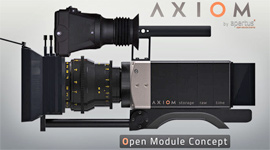 If you have more questions then do not hesitate to contact Apertus.  Below you will find all of their necessary links as well as a way to get in touch with me.