I will write about the URSA Broadcast in a bit. Stay with me as I present some background first. A few years ago the Digital Bolex was announced with a 16mm sized sensor. The build, the sensor size, and the styling all hearkened back to the days of film and the original Bolex. The goal: to capture the nostalgic feeling of celluloid and the early days of filming fleeting family moments or shooting ones earliest of film projects. Yet, the Digital Bolex was/is modernized for today’s creative and digital demands. I felt like the team behind the Digital Bolex hit a home run but the speed of the camera market just proved to be too fast for the camera to survive in an aggressive market place, at least this is my uneducated guess.

The labor of love for filmmakers Joe Rubinstein and Elle Schneider the camera, sadly, eventually went down the path of many digital cameras. The idea though, a Super 16mm digital camera, was not lost on the industry, or me. Blackmagic’s first Pocket Cinema Camera had a Super 16mm sized sensor and many owner/operators loved sourcing vintage lenses to give their original Pocket Camera’s a unique look to the image. There is even an online petition making the rounds asking Blackmagic to add a S16mm crop to the Blackmagic Pocket Cinema Camera 4k.

Last year, Blackmagic Design snuck in a Digital Film Camera with a Super 16mm sized sensor into the camera market and did not tell a soul. Not. A. Single. Soul. This feature was hidden behind the black magnesium body housing a more intelligent, or lucrative, design: Live Broadcast Production within the URSA Mini family design. The Blackmagic Design URSA Broadcast has all the features a B4 ENG Camera needs to excel in the Live Broadcast world. It’s stacked with available accessories: the Blackmagic Camera Fiber Converter, Blackmagic Fiber Studio Converter, Blackmagic URSA Studio Viewfinder, and all work well with Blackmagic Design’s ATEM switchers. The camera even has the pro features found on the URSA Mini Pro giving easy access to buttons and settings allowing shooters to change critical settings without the LCD open. 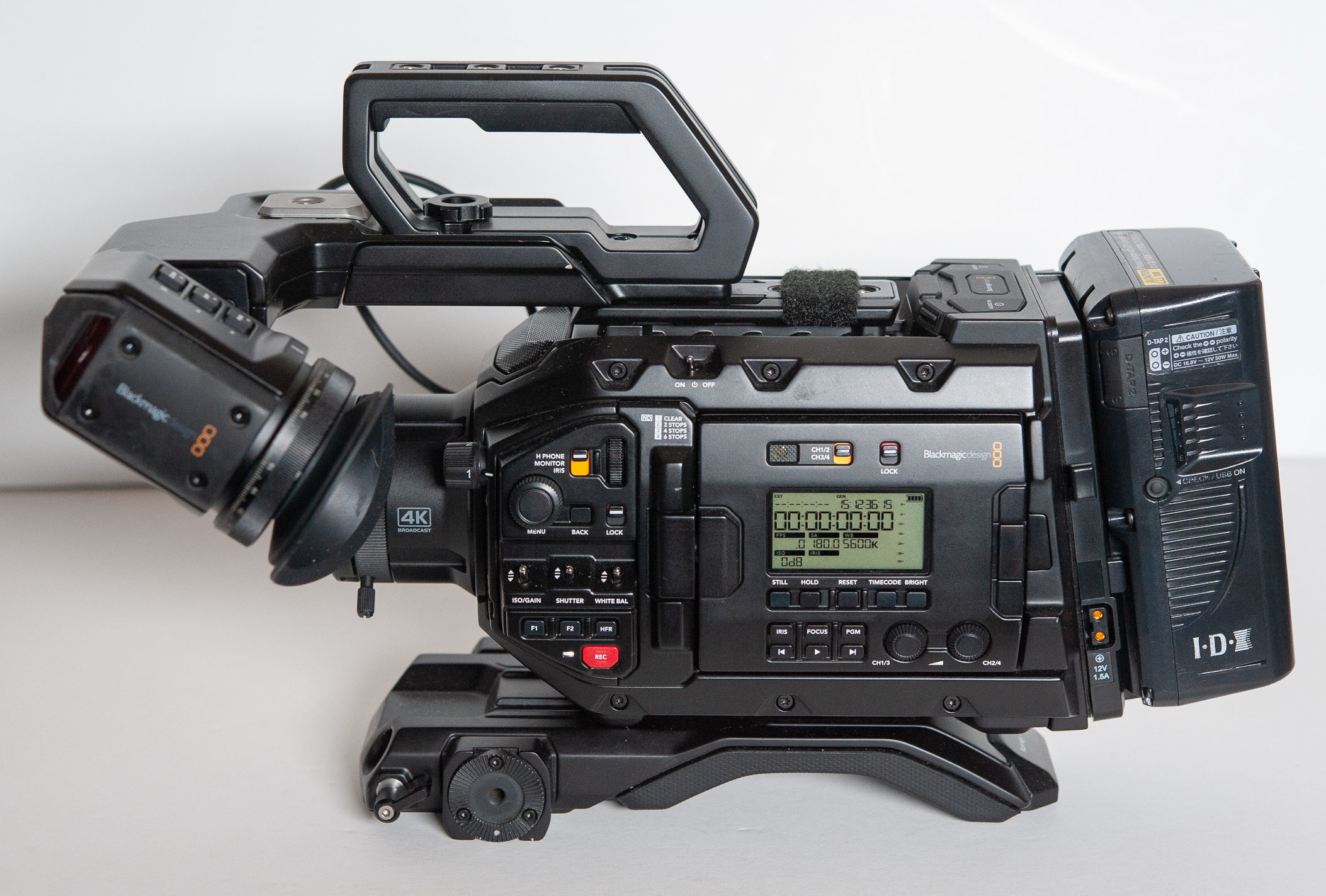 On many occasions, I have shot news stories on my Blackmagic URSA Broadcast camera. I even used the camera for a CBS News 48 Hours gig.  Using a Canon or Fujinon B4 lens, on a B4 mount camera, can give shooters the ability to shoot very wide and extremely telephoto without the need to change lenses. Speed is absolutely paramount if the goal is to cover breaking news well, and the URSA Broadcast definitely helps, but what about those shoots where you want a more stylized look? 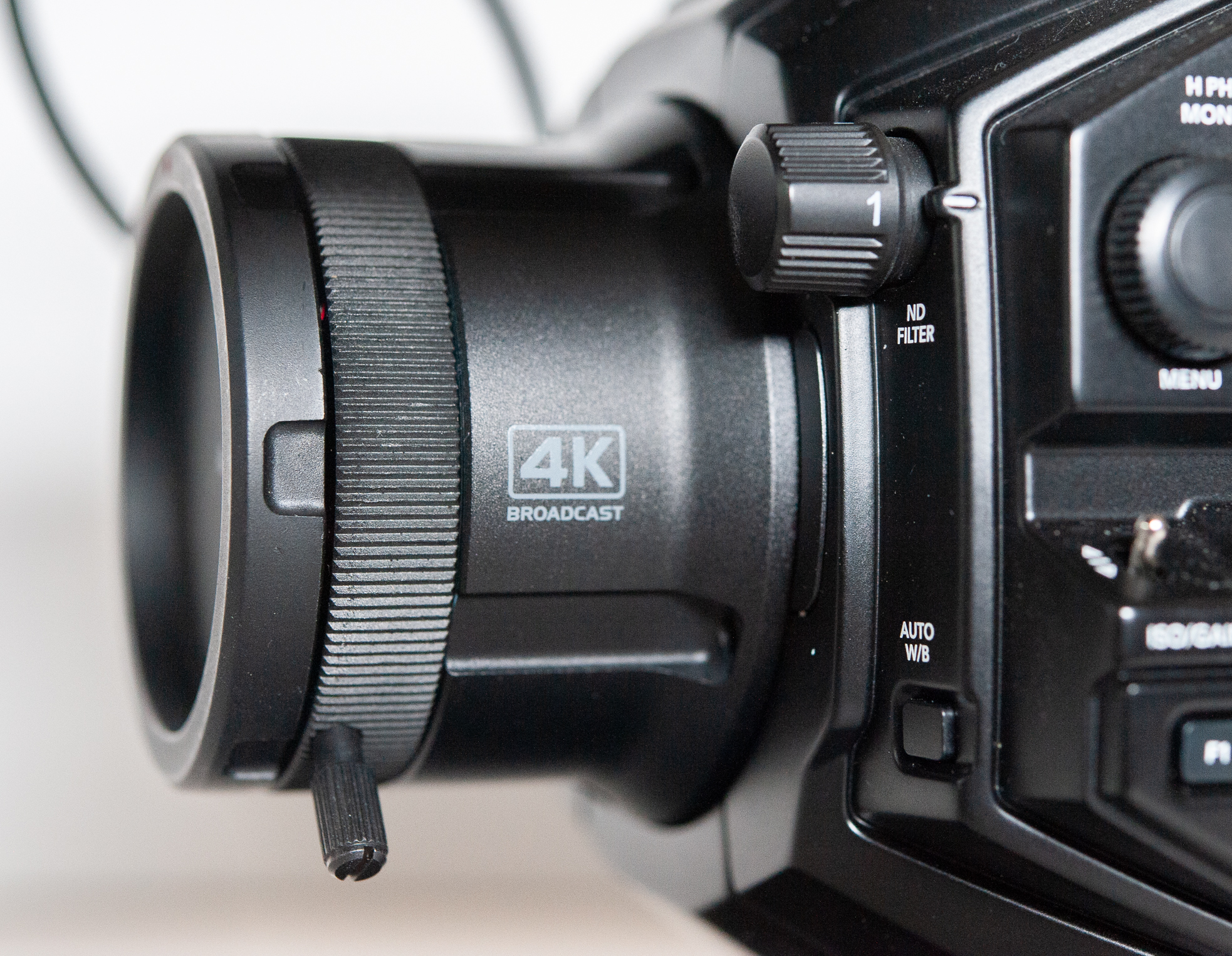 URSA BROADCAST AS A S16MM CAMERA

Interestingly enough, if one exchanges the B4 lens mount for a PL lens mount on the URSA Broadcast you suddenly have the option for a completely different aesthetic. For those who went to film school or started in music videos, like waaayyyyy back in music videos, we may have shot on film because it was the only option. Gosh, I feel old. Now, one can go back to their Super 16mm roots with the URSA Broadcast and vintage S16mm lenses.

On separate shoots, I used a vintage Canon 8-64mm zoom and vintage S16mm prime lenses. The two types of lenses gave me two different looks and I took away a new tool to put into my tool belt. Check out the video of the URSA Broadcast and Super 16mm prime lenses above. I shot this all in UHD on Cinema DNGs.

On this legendary cinema lens. Yes, legendary. I mean, if the lens is good enough for “Hurt Locker” it is good enough for me. I tested this lens in a more controlled environment. When a shooter wants flare the Canon 8-64mm can deliver a clearly definitive vintage vibe.

When lens flare is not present then fringing is what you need to be watching for when using an older lens like the Canon 8-64mm. In my short test, and my longer experience with the Canon on other cameras, is this lens produced a fair amount of fringing. In a photo, this is easy to fix in Adobe Lightroom. In video, not quite as easy. So be aware.

Here is an example of the Canon 8-64mm coverage of the URSA Broadcast sensor.

So, when I took off the B4 lens mount attached to my URSA Broadcast and put on Blackmagic’s PL Mount I gained a slightly sharper image and a little bit more light. This helped the Canon 8-64mm become a solid option for the URSA Broadcast, which… let’s be honest can use as much of the light available as possible.

These lenses immediately brought my nostalgia of Film School to the forefront. I loved the image and I think it was with these lenses the Live Production/ENG look usually coming from the Blackmagic URSA Broadcast became more cinematic. This change in the overall image has everything to do with the wider apertures and interesting characteristics traditionally found in vintage prime film lenses. Make no mistake, I drooled over the combination of the URSA Broadcast and Super 16mm Prime Film Lenses. What is great, these lenses are usually easy to find and rent for a reasonable cost. If I had to shoot a narrative scene or super indie film with an URSA Broadcast, these lenses would be my choice to use.

Because I had swapped out the B4 Lens mount for a PL mount, again no optical element found in the PL Lens mount, the wider apertures helped the URSA Broadcast to see further into darker scenes than it had with a B4 lens. Plus, Super 16mm depth of field can be pretty darn drool worthy even if it is not Full Frame, or Large Format, rail thin depth of field. 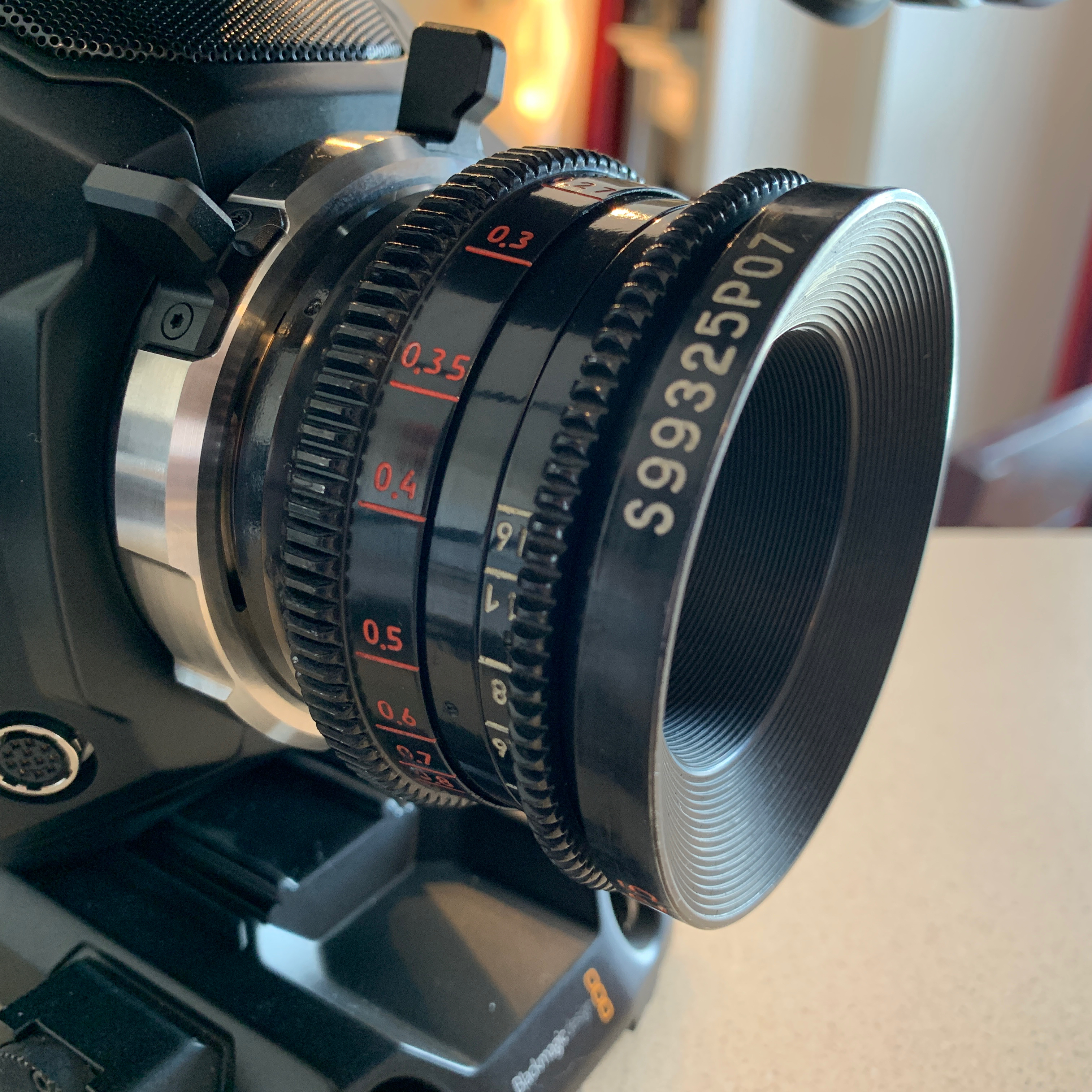 3 Distinctive looks out of 1 camera. Do not underestimate the visual differences  you can deliver with simple lens mount changes and sourcing distictintive lenses. I think we can focus too much on the camera, it’s resolution, and how it sees the world and forgetting one key aspect of the image acquistion recipe, the lenses. While vintage lenses can present interesting visual character make sure you test your lenses before heading out on a big shoot. I especially suggest shooters to check edge to edge sharpness or lack of it when shooting with a vintage lens on a fast aperture. No one wants to bring back out of focus footage. 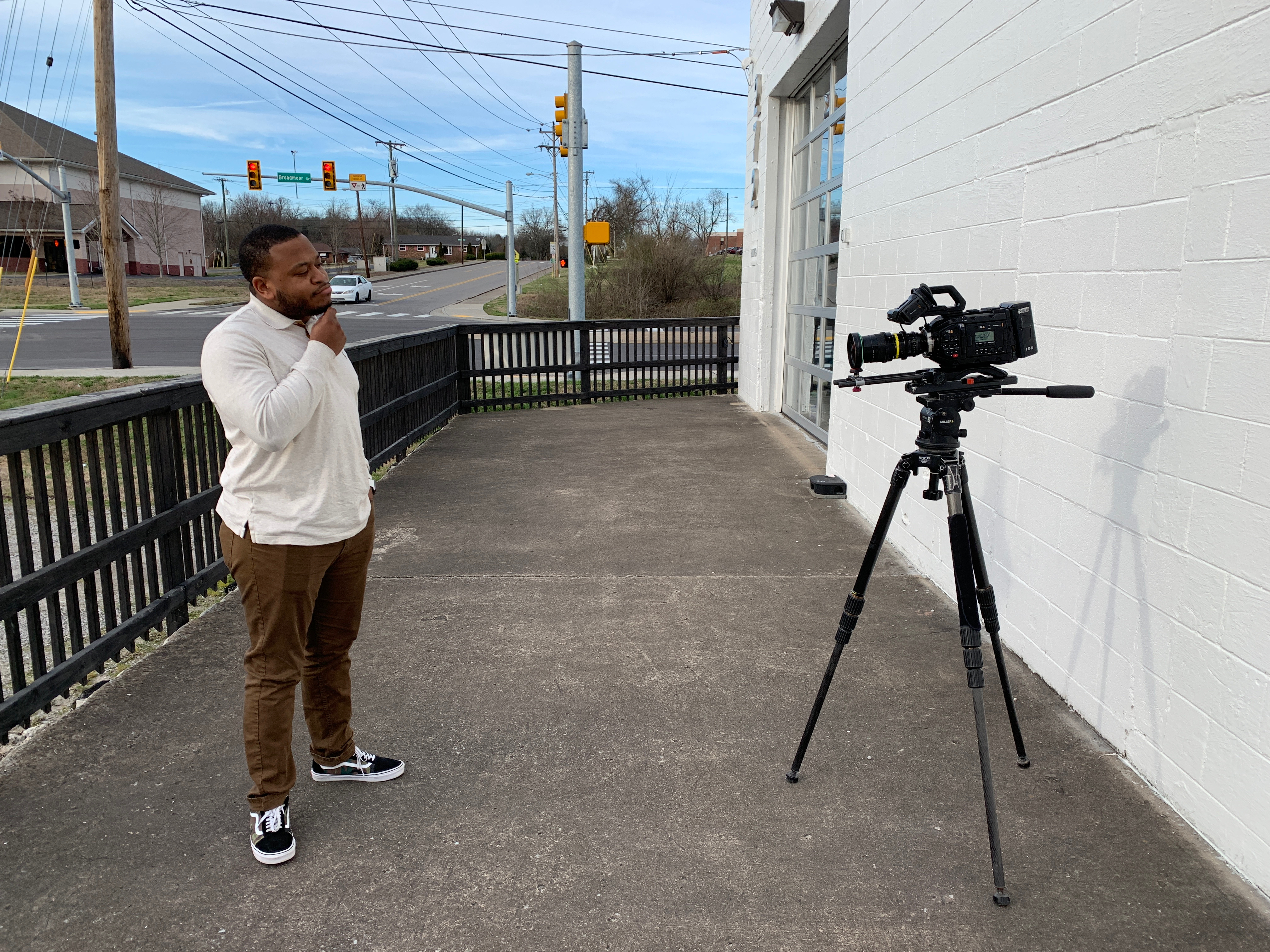 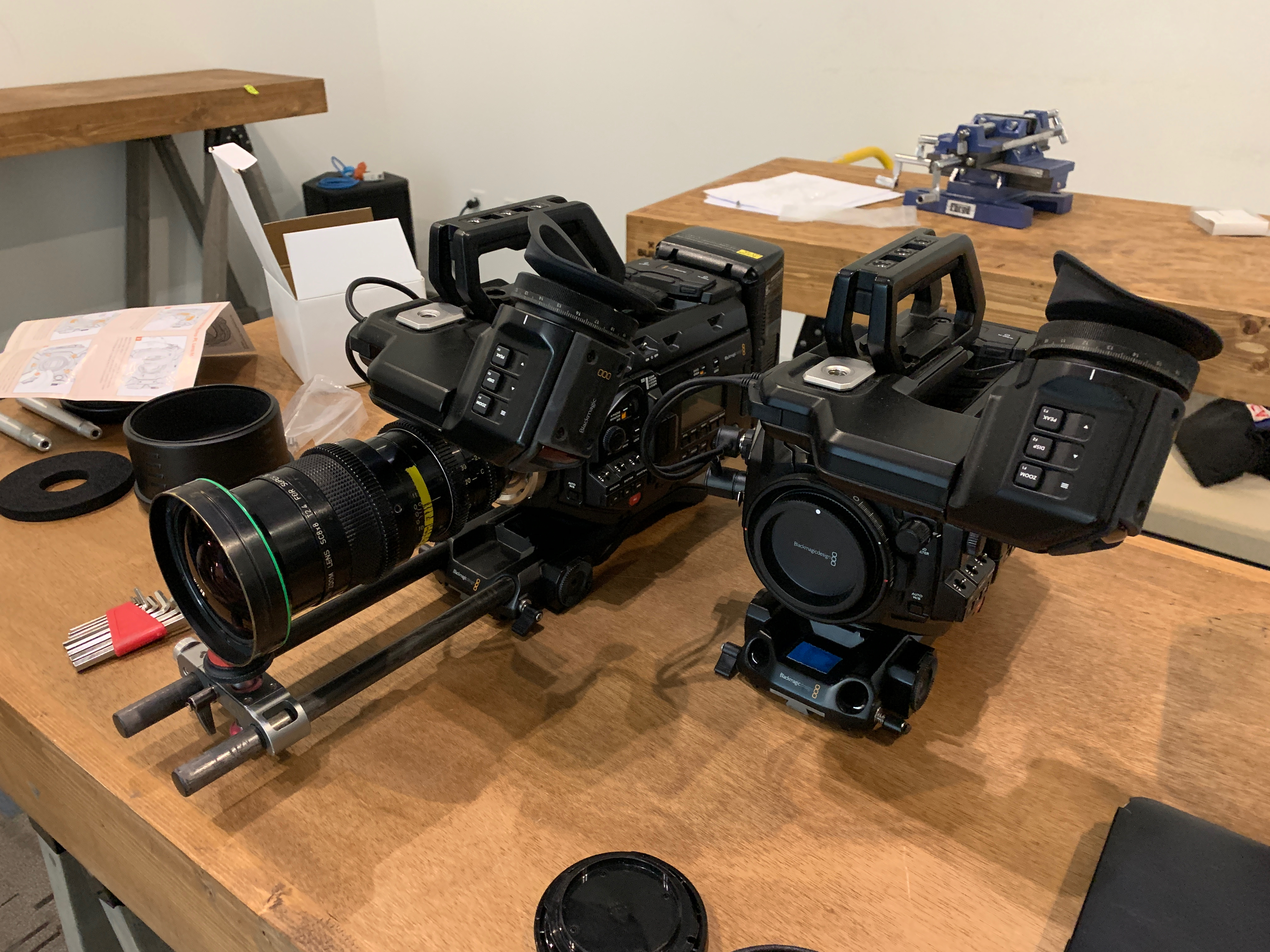