When students walk into a class named 105 Intro to Editing Aesthetics, they don’t know exactly what to expect but they are almost universally excited by it. It’s as if they are about to learn a secret. How to edit creatively. Ah! If only they had this one class years ago they would be editing Avatar 2,3 and 4 right now.

As the class rolls along students begin to realize that they are at the beginning of a very long road toward creative awareness.  What is taught in aesthetic editing classes is how to be open minded and at the same time objective about your own work.

There is no exact way to cut a scene.  Instead, instructors train students how to accept feedback from others, and then implement that feedback through their own creative voice.

In this article we’ll explore some of the techniques that instructors Mark Sult and Paul Petschek use to put students on the path towards creative awareness. Both of these instructors teach at Video Symphony, a digital media training center in Burbank, CA. 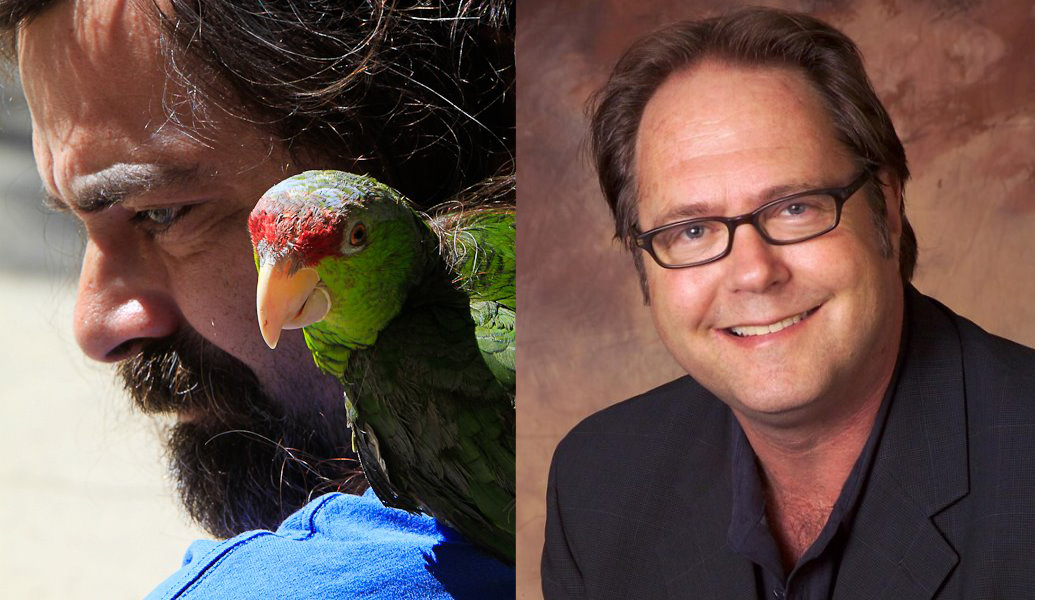 The most traditional classroom exercise is the group screening critique.  In this exercise each student edits the same scene and then screens their cut to the rest of the class. The instructor along with their classmates provide a critique. The exercise has two objectives; to give each student insight into their own editing abilities and flaws, and to provide perspective for students through seeing a variety of other people’s work.

Not all students react well the first time they have their work critiqued.  Students can feel vulnerable and insecure about their skills. After all, they are students. Sensitivity from instructors is required in those first screenings.

“I always tell them, look I want to make it clear to everyone that this is not a race, and this is not a competition, this is your own personal journey. It doesn’t matter what anyone else does.” Says Mark Sult to his 236 Dailies to Rough Cut class.

“Sometimes to get them a little more open to positive and negative I have them do a polarity game. I ask them to list a few opposites. And then I read them out loud and ask them how they feel about them.” The idea is that opposites aren’t good or bad, they are different. This puts the students in a more objective frame of mind.

“You have a particular frame of mind that you’re in and in order to expand that box you need to be exposed to other’s scenes.” Mark says. Plain and simple.  Seeing the work that others do with the same footage is a first step to truly absorbing that there are an infinite number of ways to cut a scene.

At some point the critiques need to begin. So what do you say first?

“With any human being they want to hear the good points.  You’ve definitely got to start there even if you’re going to go somewhere else…  If it’s (all) kibitzing or critiquing, people are going to tune out.” Petschek says.

Mark also eases into things. “I like to get feedback from the group first. I like to ask people, how did they feel?” Having never had these kinds of discussions before, the students aren’t exactly sure what to say.

“The pulling teeth part is getting people to participate. I will often call out individual students. Were you in the story? Did you care?” Put on the spot to express their feelings, the students begin to think.

Mark’s approach has another benefit. Putting the group’s comments in the spotlight gives them ownership over their opinions and takes pressure away from the editor of the scene. It’s not as easy to say you do or don’t like something if you also need to defend your position.

Everyone in the class must give a reason for their opinions, which is the foundation of critical thinking in editing.

Teachers need to be aware of their own biases.  When I provide feedback at EditStock I find it easy to get locked into what I think is the best cut. That is a force every editor must constantly stave off.

“It’s often easier to see what’s gone wrong than what’s gone right” Petschek says. In the professional world we often only think of notes as being negative. In a teaching environment it is just as important for students hear the positive side of their work. The natural abilities students have should also be encouraged.

“You need to be really sensitive to what’s gone right and make sure that students absorb it… I don’t want them to abandon what they’ve learned. You should add skills…  Have them own things that seem to be working,” Petschek says.

At EditStock even after seeing the same scene cut dozens of ways, once in a while I’m inspired by some new way of using the material. That is what keeps me honest.

It’s important to gauge the reactions of students while notes are being given. Teachers have to know when it’s time to back off.

“If they start getting defensive they are not going to change right now in front of their peers.”  Paul says. Gaining confidence and developing a thicker skin and less defensive approach, is part of the exercise. It takes a lot of courage to be willing to display your work in front of others.

“I believe that a shut down student is really not going to learn much. I make sure the information is not too overwhelming, and make sure it’s broken down into steps that are doable.” Paul says. Doable steps. That’s a great insight. This gives a student the feeling that they can tangibly do something to improve. That’s not a common feeling when learning a subjective skill like art.

Some instructors simply provide a critique, while others will have students make changes to the cut on the spot.  The whole class is watching and there is a lot of pressure.  This exercise is called director / producer collaboration.

“I actually sit with them at the Avid and have them make changes right there” Mark says, “It’s a scary thing that they are doing.” Trust me, it is. I’ve done it.

All of a sudden your technical skills and personality traits matter.  With their peers sitting behind them, students feel the pressure of each minute as it passes in silence while they scour the Avid for a button. Students have stormed out, broken down, and questioned their choice of profession.

Mark is acute to this pressure.  When things start to get a little rough he’ll nudge the student in the right direction, “Here’s how I would do it,” he says, “but you could also do it like this.” referring to various software techniques.

Paul starts his 107 Basic Editing Workshop by having everyone edit a silent movie.

“People today tend to be “sound addicted”, meaning they tend to … overly depend on sound to fix their edits. It’s a big shift for students to realize they are training more so to be picture editors, and nobody else is going to be responsible for changing the picture after they do.” He says.

Mark has his own twist on the silent movie concept.  “I always tell them to watch (their cuts) without sound.” Mark says referring to his 207 class. Mark says that in his professional life he will even watch his dailies without sound!

“The classification at the (Editor’s) Guild is Picture Editor. Tell it with pictures.” Mark says.

Not all creative editing classes have to involve hands on cutting.  One of Mark’s classes is 136 Script to Screen. The students read the script to a film Mark edited called April Showers, out loud and all the way through. Then the class watches the final film, which is vastly different than the script.

“We literally lost a character. And her performances were some of the best in the film.” Mark says.

For the most part the students are surprised by the final version. Then Mark explains to the class how the rough cut of the film did reflect the script. However, through the screening process it became clear that the film needed a lot of structural changes.

“We didn’t just go from the very first screening to the film as it is now… It wasn’t just a giant leap, it was a process.” He says.

The goal of this class is to teach students story and pacing skills. Their job as an editor will be to make the film work as a whole.  April showers was cut down from approximately a three hour rough cut to a 104 minute lean, smooth flowing feature film.

“One thing that’s hard for people to do is think in sections.” Paul says. “Anything relatively complex that we create needs to have sections. I think that’s one of the most undervalued things that we teach.” Paul is referring to both the sections within a scenes as well as the larger sections, known as acts in a film.

Large concepts like this take experience to learn.  Therefore it isn’t any one particular class as much as it is taking all the classes collectively which teach this principle. That’s why it is a hard concept for students to grasp.

“Expansion and contraction.” Paul says, “No matter how complicated the scene gets you need to be able to expand the sections or contract the time and space.” This is true for any act as well. If students had this in mind before they experienced director / producer for the first time they would have already been planning on expanding or contracting their cuts.

There is no scale to measure the progress a person makes creatively.  So what are the goals of creative editing classes?

“In the end I want them to have a huge dynamic range of feeling. I also want them to develop a “neutral observer status” so that they can accurately and effectively evaluate their own work and make adjustments, even before outside notes.” Paul says.

In addition to those two goals Mark tries to expand his student’s perspective. “The hardest skill to teach is thinking outside the box or feeling outside the box. How (the footage) can be used outside of your mind’s eye.”

Both Mark and Paul think that students shouldn’t ever disregard a note.

“They need to realize that that’s part of what they get hired for.” Paul says.  However, that doesn’t mean that, as professionals, editors need to always do as they are told.  Instead editors should find the root cause of a critique and then fix the emotional quality which the critique giver is asking for. As to how the exact cuts go, “they can then add a little extra something to it to make it their own.” Paul says.

Finally, students shouldn’t take the notes process so hard.  As life’s evaluations pileup over and over in a person’s professional life their confidence will grow.  But it all has to start somewhere.

Misha Tenenbaum is an Assistant Editor living in Los Angeles, California.  His recent work includes JOBS, American Horror Story, and Chris Carter's THE AFTER.  He is the founder of EditStock.com, a place for people to download professionally shot film footage to practice editing with.