The old Italian brand Ferrania is coming back to the market after a Kickstarter campaign titled “100 More Years of Analog Film”. 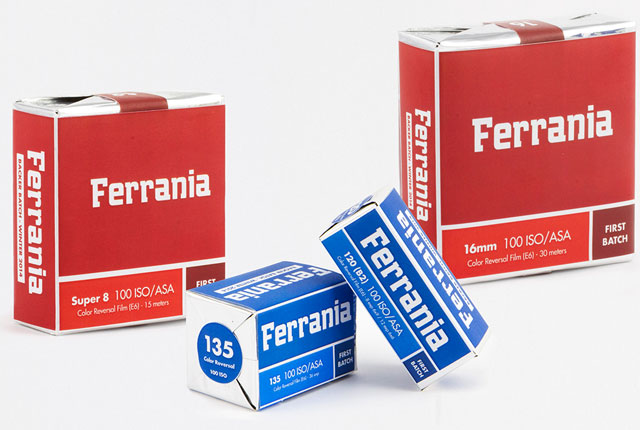 FILM Ferrania was officially formed in Ferrania, Italy on July 23, 2013 by co-founders Nicola Baldini and Marco Pagni with the aim to build a new factory from the leftover parts of the old one, originally founded in 1923. And there is a “So You Think You’re a Director?” contest  going on until February. Keep reading to know more.

The duo started a Kickstarter campaign titled “100 More Years of Analog Film” under the idea “Help FILM Ferrania build the factory of the future and the first batch of film is your reward” and from September 29th to the end of October 2014 managed to get $322,420 pledged of $250,000 goal, from a total of 5,582 backers.

The backer’s names are now in a Founders Wall published online, where it is also possible to find more information about the project, things like how fast the funding progress went, the geographical distribution of the backers (35.6% of them are from America and 38% from Europe), and how many films of each type those backers will receive from April 2015 onwards

To begin, FILM Ferrania will manufacture 35mm and 120 still formats, as well as Super 8 and 16mm cine formats.  Ferrania has been making both still and motion picture film since 1923 in the northwest Liguria region of Italy. Ferrania made very popular 35mm and 120 consumer films, as well as inexpensive cameras that were as popular in Italy as Kodak was in the US during the same time. But the Ferrania brand was most associated with cinema. Fellini was a big customer. So were De Sica and Antonioni. In fact, the vast majority of classic Italian movies released between 1923 and 1965 were shot on Ferrania stock. 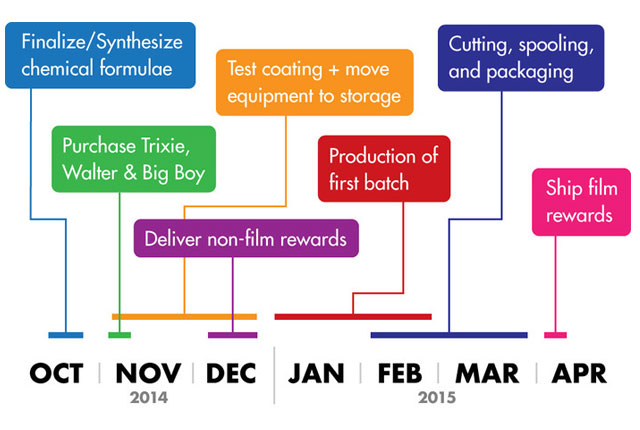 Through much of the 30s and 40s, Ferrania film was a nearly obligatory “choice” for most directors due to the fascist government and their autarchic policies. The movies made during that time period were unrealistically positive, with opulent productions and fanciful characters.

The best-known Ferrania film stock from that era is the legendary P30 black and white film. This film was the subject of a massive advertising campaign in the United States in the wake of Sophia Loren’s 1960 Academy Award for the film Two Women, directed by Vittorio De Sica. Ferrania’s popularity multiplied in 1963 with two more Oscars for 8½ by Federico Fellini and starring Marcello Mastroianni and Claudia Cardinale, and shot on P30.

Between 1964 and 1999, Ferrania was owned by The 3M Corporation and sold films under various brand names. After 3M’s exit, Ferrania soldiered onward until finally turning off the machines and locking the doors in 2010. All this and much more can be found on their website, on the pages starting with “From Bombs to Shells – A Brief History of Ferrania, Part 1: 1882-1963”.

With the cooperation of the Italian government, FILM Ferrania settled on the original factory built in 1923, the Ferrania Research & Development (L.R.F.) building, which contains a miniature film production line. A team of people worked there for more than a year to refurbish and re-engineer this building to prepare it to start. But this facility only allows to produce a small amount of films, which goes to backers first, so the plans include an ambitious new factory design that will allow FILM Ferrania  to produce enough film, at a reasonable price, to meet worldwide demand.

The films announced are, according to FILM Ferrania, just the start.  They are designing their new factory to be flexible enough to produce almost any film format ever created.  And they want to open a dialogue with the users, to decide what’s next. The final aim, they state, is nothing less than fundamentally changing the way you buy, use and process film today. The company aims to restore confidence in the future of analog film. Their philosophy? The founders say that “We are people who love film, you are people who love film, and people have the power. So let’s do this!” 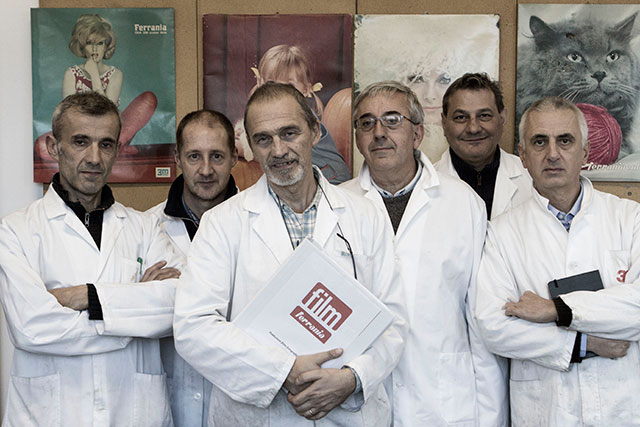 Besides the interest from still photographers, many cinematographers have expressed their interest in this move from FILM Ferrania, either through direct support of the Kickstarter campaign – the Founder Wall names reveal some of those names! – or on social networks, own blogs or professional pages. Although film as we know it may soon be considered in the category of “art supplies”, it is refreshing, in the midst of so many digital discussions – 4K, 8K or bust! –  to find we still like to have a taste of the past and that people is not only willing to support but also eager to try these new/old formulations.

Until the 9th of February FILM Ferrania has a “So You Think You’re a Director?” contest, for those that think they can edit a film. The contest is based on some motion picture tests made with Ferraniacolor that were found in the old buildings of Ferrania. To know more about this contest, the project and the whole story of Ferrania, visit their webpage. You’ll be amazed at so many wondrous stories you’ll find there. Let’s hope the dream of “100 More Years of Analog Film” becomes true. Now let me see where I left my Super 8mm camera…