Canon had a good time at 2018 Sundance Film Festival, welcoming filmmakers to Canon Creative Studio, to share both knowledge and news of equipment. 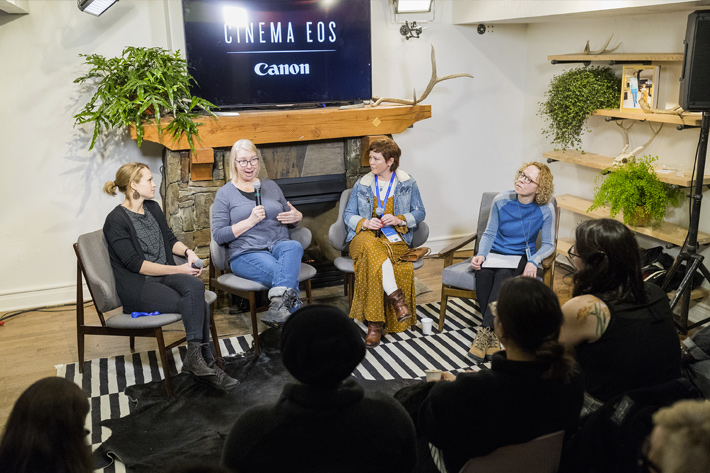 Live panel discussions, interactive displays of Canon equipment and a workshop “Backpack Filmmaking with the EOS C200,” were all part of Canon’s presence at the 2018 Sundance Film Festival.

Although nothing is official, Dual Pixel AF is having a new version coming to both cinema and still cameras, confirming that the technology has potential to expand further, as yet another tool accessible to both professionals and enthusiasts. But at 2018 Sundance Film Festival, Canon, who is a sponsor of the event, showed the goods they could show right now. Guests were invited to take a hands-on tour of Canon’s newest cinema camera, the EOS C200, and learn about Canon’s innovative Cinema RAW Light 4K video format. Guests also explored Canon’s flagship cinema camera, the EOS C700, as well as Canon’s line of Cinema, CINE-SERVO, COMPACT-SERVO, and EF lenses.

The festival was the right time for Canon to celebrate filmmakers working behind the camera with daily programming at the Canon Creative Studio, located at 592 Main Street. At least 63 of the 239 films and projects that premiered as part of this year’s slate – over 26 percent — were shot using Canon equipment, so there was a reason to celebrate. Festival projects filmed using Canon cinema cameras include Generation Wealth, The Adulterers, The Sentence, Robin Williams: Come Inside My Mind, Crime + Punishment, The Trade, The Price of Everything, This is Home, and Awavena. 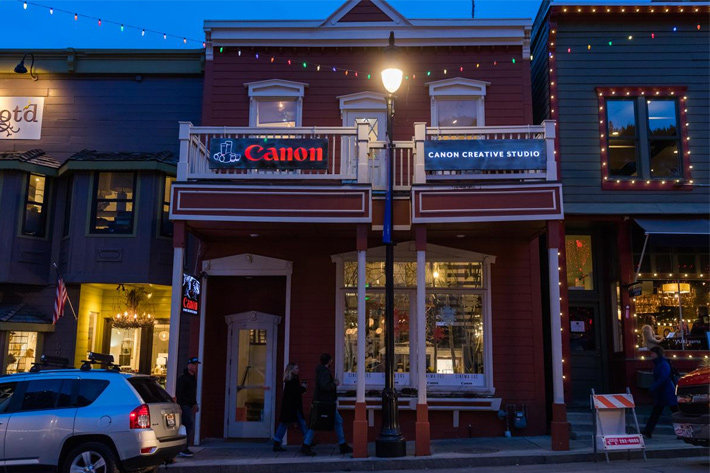 “Each year, we return to the Sundance Film Festival to connect with the filmmaking community,” said Yuichi Ishizuka, president and COO, Canon U.S.A. “In Park City this year, we celebrated innovative projects from the minds of some of the world’s best filmmakers, as well as the bold new technology that help make these projects possible.”

Canon also introduced a new media partnership with American Cinematographer, the world’s leading publication dedicated to motion imaging and the art and craft of professional cinematography; the monthly international journal, published by the American Society of Cinematographers, is now in its 99th year. The magazine’s editors were on-site at the festival, and several of its contributors moderated a series of six in-depth panel discussions at the Canon Creative Studio, discussing topics such as lens choice, documentary cinematography, and shooting cinematic VR. 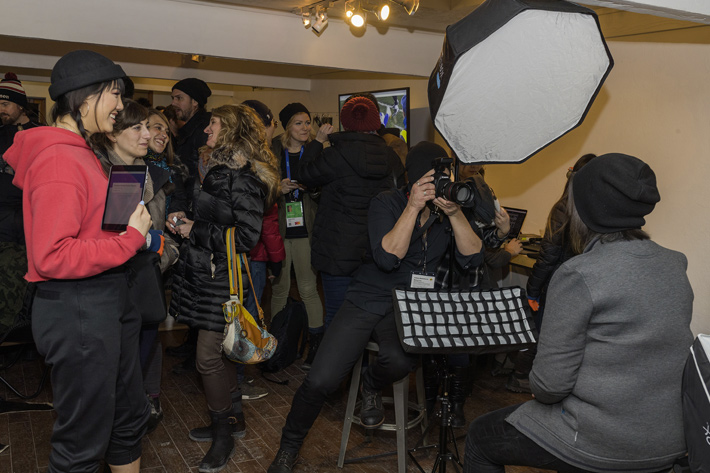 In the second year of Canon’s popular collaboration with IMDbPro, the essential resource for entertainment industry professionals, IMDbPro Members were able to instantly upload their newly snapped portraits to their profiles, which reach entertainment industry decision-makers and hundreds of millions of fans worldwide on IMDb, IMDbPro, and Amazon Video. The IMDbPro station was open January 19th-22nd, from 11am-5pm, and guests were also able to experience IMDbPro’s new iPhone app, which empowers members with a convenient way to search the profiles of more than 4 million people, access the latest industry news, get contact and representation details for more than 300,000 industry professionals, and tap through to call or email directly.

On Monday, January 22nd, Canon presented a workshop called “Backpack Filmmaking with the EOS C200,” featuring the versatile and cinematic EOS C200 camera. Canon’s Loren Simons and cinematographer Shana Hagan (Generation Wealth, Inventing Tomorrow, Lenny) led attendees through an experiential session that demonstrates you can shoot cinéma vérité and lit, sit-down interviews with only what you can fit in a backpack. The workshop allowed filmmakers to get better acquainted with the EOS C200 camera’s Cinema RAW Light workflow — from capture through post.