Streambox recently did a live, hands-on demo of streaming applicable for Digital Cinema and VFX production environments. Now the company has an Emmy Award for its streaming technology. 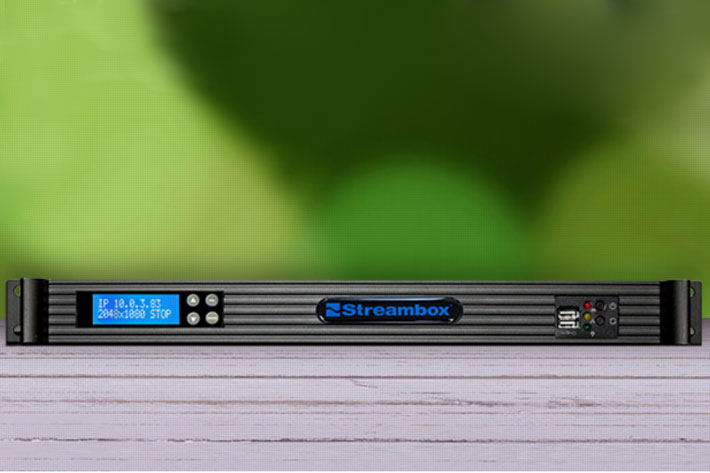 Streambox is a recipient of an Emmy Award for Technology and Engineering. The award has been granted to Streambox for their work on pioneering reliable transmission methodology for live contribution and distribution television links.

This November Streambox did a live, hands-on demo of streaming applicable for Digital Cinema and VFX production environments at the Deluxe/Encore facilities in Vancouver, British Columbia. Using the Chroma Encoder and Decoder system, attendees had the chance to see streaming at a quality level that makes real-time, collaborative editing, color grading, VFX creation, and review possible using public Internet access from multiple locations.

For the technically minded, let’s say that Chroma supports up to 12-bit, 4:4:4 RGB video at HD, 2K DCI, UHD, and 4K DCI resolutions with a near lossless codec that integrates HDR standards including Dolby Vision. Interfaces include 12G/6G/3G/1.5G SDI as well as HDMI. Up to 16 channels of audio with 5.1/7.1 surround sound enables sessions with Dolby Atmos and DTS-X. Before I forget, to announce the live demo Streambox used an interesting question: so you think streaming is just for watching vids on your smartphone?

If you think streaming is just for watching videos on your smartphone, think again. Still, and that’s one interesting aspect of Streambox’s technology, smartphones are just one of the tools their technology uses. In fact, for broadcast applications such as remote news gathering, live news production, and live event contribution, Streambox has deployed LDMP technology on iPhones, iPads, personal computers, and hardware systems which can be connected to Cloud services to meet a wide range of requirements. Streambox offers encoder and player software running on Mac OSX, Linux, and Windows systems, as well as encoder and player iOS and Android-based apps. In addition to compact hardware encoders which can be deployed on cameras and drones, there is a small form factor NODE player device that supports up to 10 programmable channels. 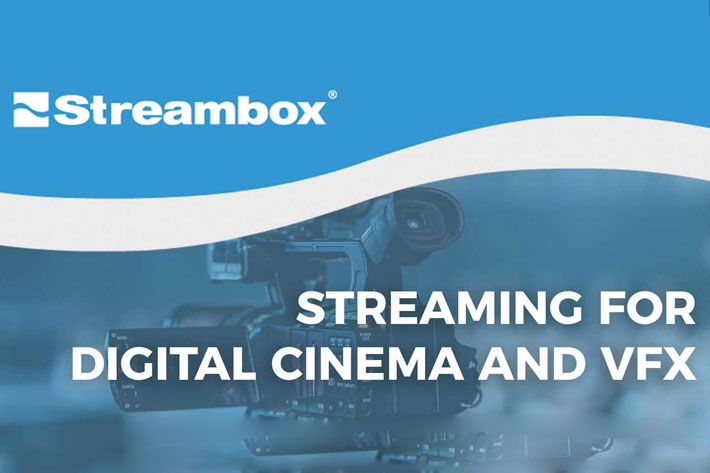 There is more, though, and that takes us to the reasons why Streambox is the recipient of a 2018 Technology and Engineering Emmy Award for innovation in streaming transport by the National Academy of Television Arts & Sciences. The award has been granted to Streambox for their work on pioneering reliable transmission methodology for live contribution and distribution television links. 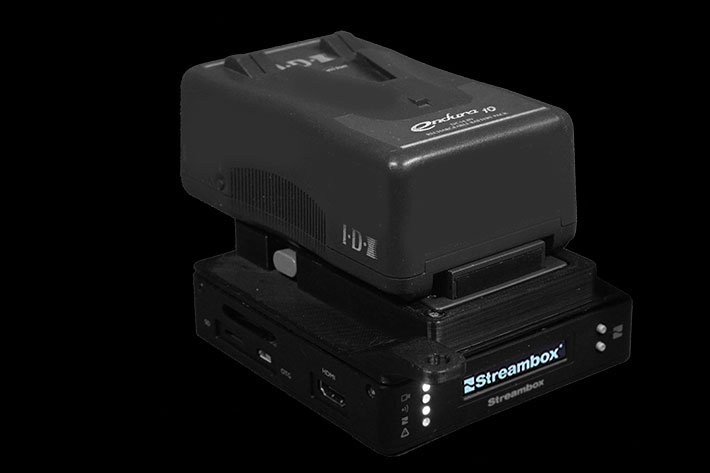 Streambox at the Kim-Trump summit

In the past, a significant amount of real-time broadcast event coverage was restricted to expensive satellite connections, or contending with 4 to 6 second delays using other networking connectivity, if and when available. Aside from such technical limitations, news gathering can face situational obstacles such as governments shutting down different networks to keep a story from getting out.

Using Streambox technology, early adopters such as CNN were still able to get video coverage back to Atlanta from challenging environments during the Arab Spring. A compact Avenir encoder was used to stream celebrations for Mohamed Morsi’s election for Cairo, and recently a Chroma encoder/decoder system with Streambox Cloud Services was used to do live interviews between Singapore and Atlanta covering the Kim – Trump summit. Other broadcast networks using Streambox include BBC, NHK, FNC, ABC, NBC, FOX, and Al Jazeera.

For broadcast applications such as remote news gathering, live news production, and live event contribution, Streambox has deployed LDMP technology on iPhones, iPads, personal computers, and hardware systems which can be connected to Cloud services to meet a wide range of requirements. Streambox offers encoder and player software running on Mac OSX, Linux, and Windows systems, as well as encoder and player iOS and Android-based apps. In addition to compact hardware encoders which can be deployed on cameras and drones, there is a small form factor NODE player device that supports up to 10 programmable channels.

Streambox pioneered Cloud IP distribution of live media as well, which produced a dramatic decrease in latency and a substantial increase in reliability by providing enhanced first and last mile connectivity. Streambox Cloud Services distribution also uses LDMP for transport to any number of designated destinations around the world at high quality and low latency. 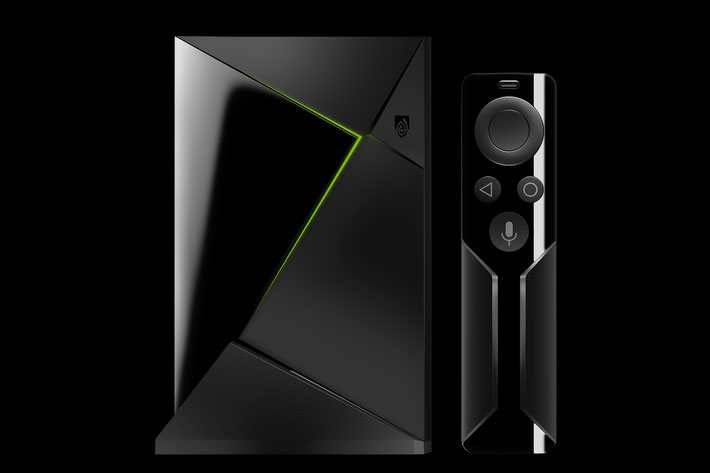 For critical applications such as live two-way interviews, the Streambox Chroma advanced encoder / decoder with LDMP offers high quality UHD and HD streaming. Chroma systems are ideal for IP-based UHD and HD video contribution from studios, bureaus, and affiliates over low cost Internet networks. Users can stream secure live media from the field locations to multiple destinations with automated routing. Chroma functions as a streaming decoder and player at network and station facilities as well. Chroma also integrates easily into outside broadcast vehicles to remotely manage and distribute streaming video. Master quality video bit rates of up to 120 Mbps enables the delivery of even cinematic quality video contribution.

To properly complement the capabilities of LDMP transport, Streambox also has developed optimized codec technology. The most recent ACT-L5 near lossless codec used in Chroma supports the most advanced color profiles, color spaces, color depths, and video resolutions. At a base level, the codec offers 10-bit 4:2:2 HD video, but also works with HDR standards such as SMPTE 372 including HDR modes, Rec.709, DCI P3, Rec.2020, gamut HDR10 PQ/HLG, and Dolby Vision. Moving up a step, the codec provides UHD resolution and can offer up to 12-bit 4:4:4 chroma sampling, again with HDR and Wide Color Gamut support for the best visual experience. 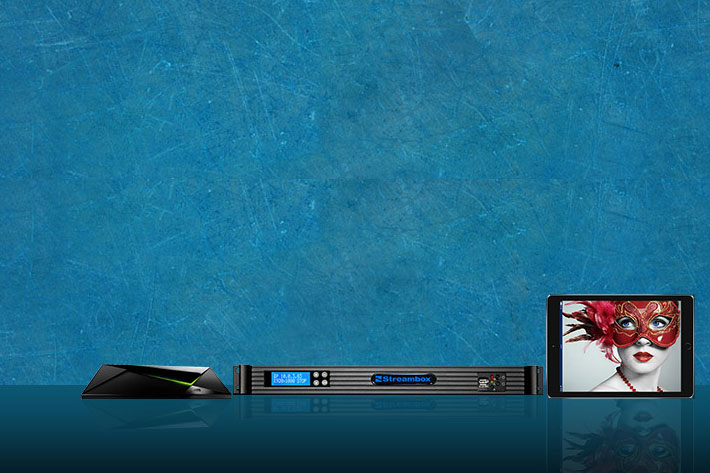 In conjunction with LDMP transport, Streambox systems offer end-to-end strong AES encryption with a symmetric key, forming a protective shield around the transport of valuable video content with no increase in stream latency.

Broadcasters are not the only ones to benefit from this exceptional technology. Business, HOW, Education, Public Safety, Defense, and Post-Production organizations also use Streambox solutions. Feature, trailer, advertising, or television production facilities use Chroma for collaborative applications including live reviews, color grading, VFX creation, and editing. In these instances, Chroma can provide 12-bit 4:4:4 RGB/XYZ at 2K and 4K DCI resolutions.

Using Streambox technology and solutions offer users some key advantages for broadcast contribution and distribution, including the ability to work on networks they already use, the capability of streaming out to network locations, websites, and social media platforms simultaneously, and most importantly, the functionality of operating over standard public networks with high quality and low latency, even with limited bandwidth. 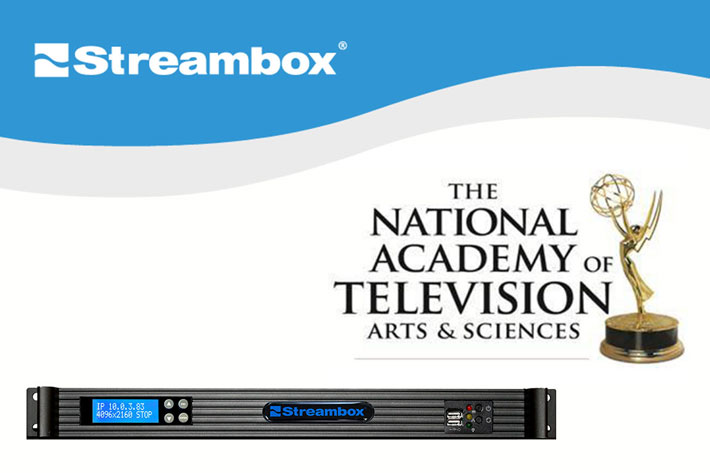 The  70th Annual Technology & Engineering Emmy Awards from the National Academy of Television Arts & Sciences (NATAS) will take place in partnership with the National Association of Broadcasters (NAB), at the NAB Show at the Wynn Encore Hotel and Spa on Sunday, April 7th, 2019 in Las Vegas, NV.

Announcing the event and the recipients, Robert Seidel, Chairman of the Technology & Engineering Achievement Committee said, “Screen actors are always cited for Oscars.  Stage performers are similarly proud of their Tonys.  Television journalists are quick to add an Emmy to their resume – and with good reason. We award the Technology & Engineering Emmy Award to these outstanding companies and individuals who are the ‘tool makers’ of the industry that have materially affected the television viewing experience.”

Dear Hollywood: If We Don’t Speak Up Now, The Industry As We Know It Will Never Be The Same (It’s Gut Check Time)

After Effects can import simple 3D scenes, either natively using the .ma file format, or with 3rd party plugins...

NBC Olympics, a division of the NBC Sports Group, has selected Canon U.S.A., Inc., a leader in digital imaging...