A look under the hood of this breakthrough communications technology – from a beta tester.

One thing the COVID-19 pandemic has done for everyone in media production is test their abilities to communicate, produce and deliver media content while working remotely. I wrote an article about Working from home with Frame.io last summer, and have found the service truly game-changing for how our teams can share proofs with our global teams, but connectivity still remains a big issue for many. This will be the first in a series of articles I’ll be sharing on my quest for better Internet service through Starlink, Elon Musk’s satellite communications grid serving Internet around the globe. I’m a beta tester and expecting delivery of my hardware shortly, and I’ll take you on this journey with me. 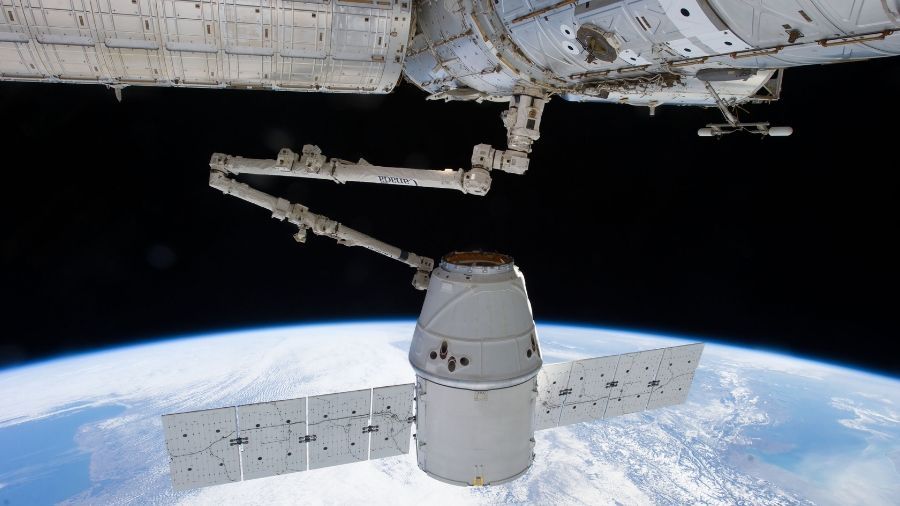 The Need for Speed

Starlink is ideally suited for areas of the globe where connectivity has typically been a challenge. Unbounded by traditional ground infrastructure, Starlink can deliver high-speed broadband internet to locations where access has been unreliable or completely unavailable.

As someone who moved out to a rural community in the Sierra foothills in Northern California gold country about 3 years ago, leaving the insanity of the congested Bay Area also meant a real lack of services. Specifically, Internet! We were told there were several options available and doing my limited “research” prior to the move, little did I know that the promises by the service providers were of course, only best case scenarios with perfect conditions. 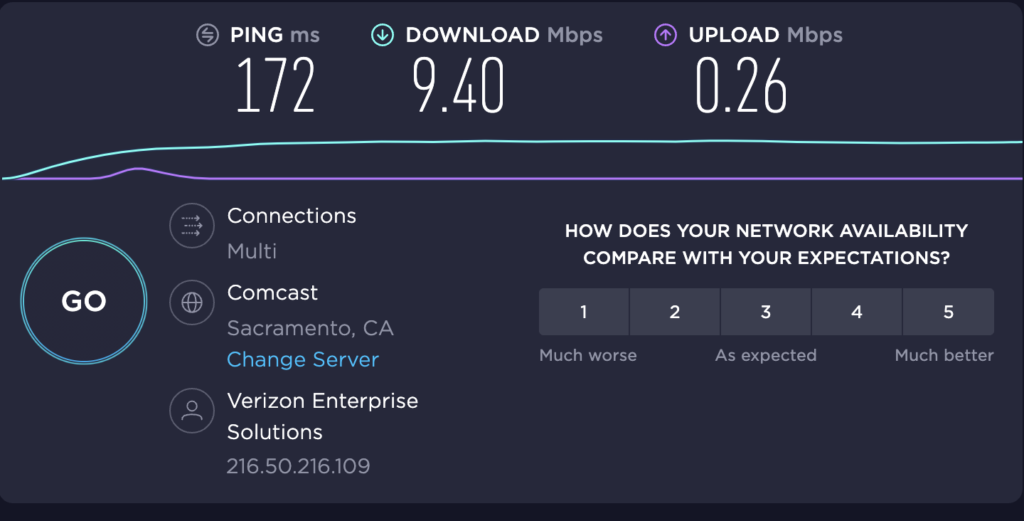 We first started with what promised to be the fastest speed we could get – ViaSat (similar to HughesNet). It’s like Dish TV only there’s an uplink and it’s dedicated to Internet service to a fixed satellite at high altitude, that relays to a ground station somewhere far away (in our case, it was somewhere near Chicago, IL). It’s painfully slow (averaged over 150ms ping, 15Mbps downlink, and less than 1Mbps uplink on a clear, sunny day). If it ever rained or snowed here it was down. If it was raining or snowing in Chicago (where the relay was connected to the Internet) then the service was down. And for about $200/month, if you used up more than 100GB data in the month they would throttle it down to an unusable crawl where you were lucky to get an email. This left me driving all around to neighboring towns searching for a coffee shop with WiFi I could use for a couple hours each day so I could upload/download files to our server. It got old and I got fat from buying lates and chocolate croissants way too often! 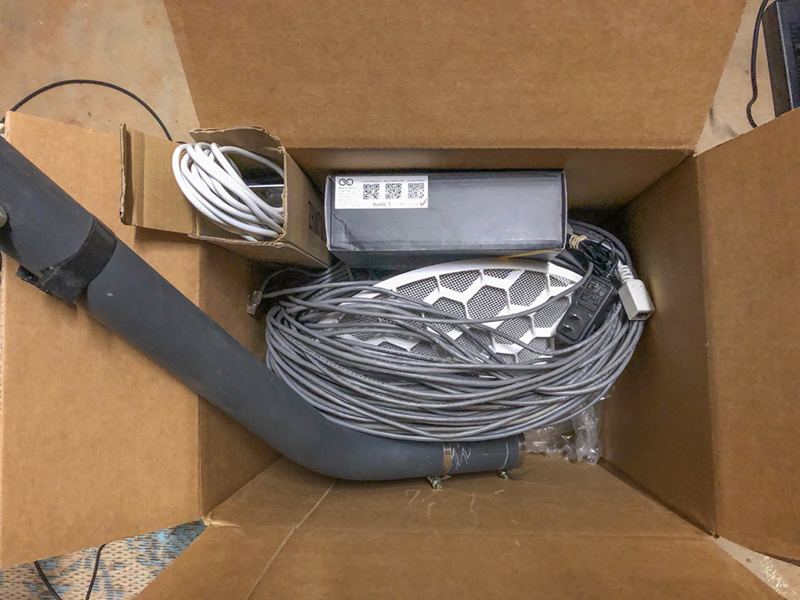 We were then introduced to what promised to be the answer through multiple dedicated 4G/LTE antenna services (not just a hot spot you get from your Cell carrier with a 40GB cap) but quickly found out that most of the service installers/providers are actually running a scam with batches of data SD cards they get off the black market or 3rd/4th party suppliers who “guaranteed” the cards were good for unlimited use and rechargeable each month. Obviously, we found this out the hard way. 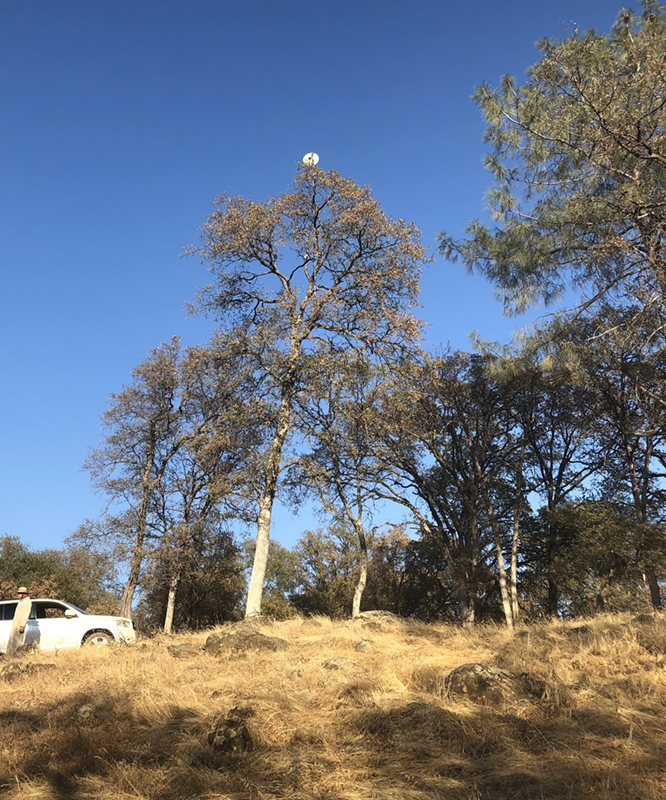 After a couple of weeks running decent speeds (14ms ping, 56Mbps down/28Mbps up) apparently AT&T discovered the usage and blocked our location from their local towers. Verizon the same. We struggled with several antennas, cards/accounts, etc., and lost thousands of $$ trying to make it work. We now have a box of junk in the garage and nothing to show for it. Another couple of months at the coffee shops and no TV streaming. Especially hard during the pandemic!

We finally got another local provider that uses microwave technology on a pier to pier network, which is what we are currently using. We have a small dish on a pole mounted 100′ in the air in an oak tree at the top of our hill on a property about 350′ away from the house. We’re getting a steady, slow service (20ms ping, 14Mbps down/3Mbps up) and that obviously is just barely enough to do a Zoom convo or stream Netflix, but it’s been steady with little issue for the past 6 months. Obviously this is not a long-term solution, but we’re keeping it throughout this entire Starlink beta period so we have a second reliable connection regardless.

Enter the Starlink “Better Than Nothing” beta program

I signed up to be notified when the beta program would be open for our area last summer when all this other craziness with our previous providers was going down, not knowing when or if it was actually going to happen this year. I then got a notice in early February that the beta program was now available in my area and I gave my exact location and a deposit to hold my place and wait to be notified later this summer/fall when the hardware kits will be shipping. To my surprise I got that notification in March and at the time of this article being published, I await my hardware kit to be sent.

In the meantime, I’ve been doing my own research and inquiring with other beta testers; a couple whom have already been testing their hardware and the results have been pretty amazing so far, even though the network isn’t at full operational status just yet. I’ve discovered an iPhone app and a website that shows your potential connectivity with the satellite mesh as they move over your area of the sky, to prove quite helpful in my planning.

The Live Starlink Satellite Map uses your location to show you which satellites your dish may connect with as the Starlink mesh rotates in two directions. This is great to determine how the system may work for you in your area. 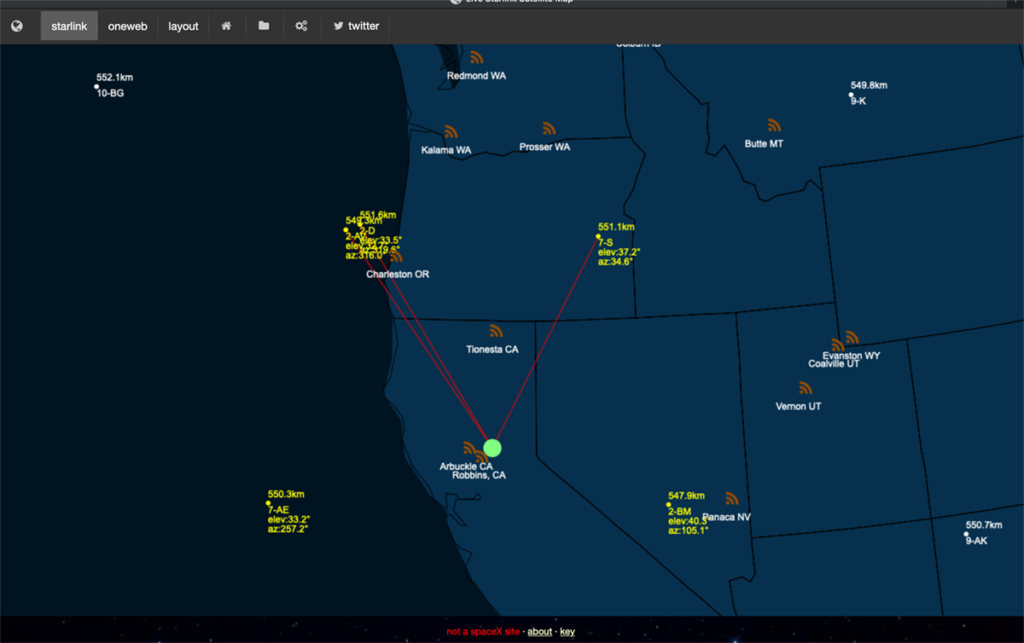 Also, for planning purposes of where to mount your dish antenna when it arrives, the Starlink Satellite AR Tracker app for iPhone/iPad gives you direct information on the nearest satellites in your area as well as an AR overlay from your iPhone’s camera as you scan the skies over your home. 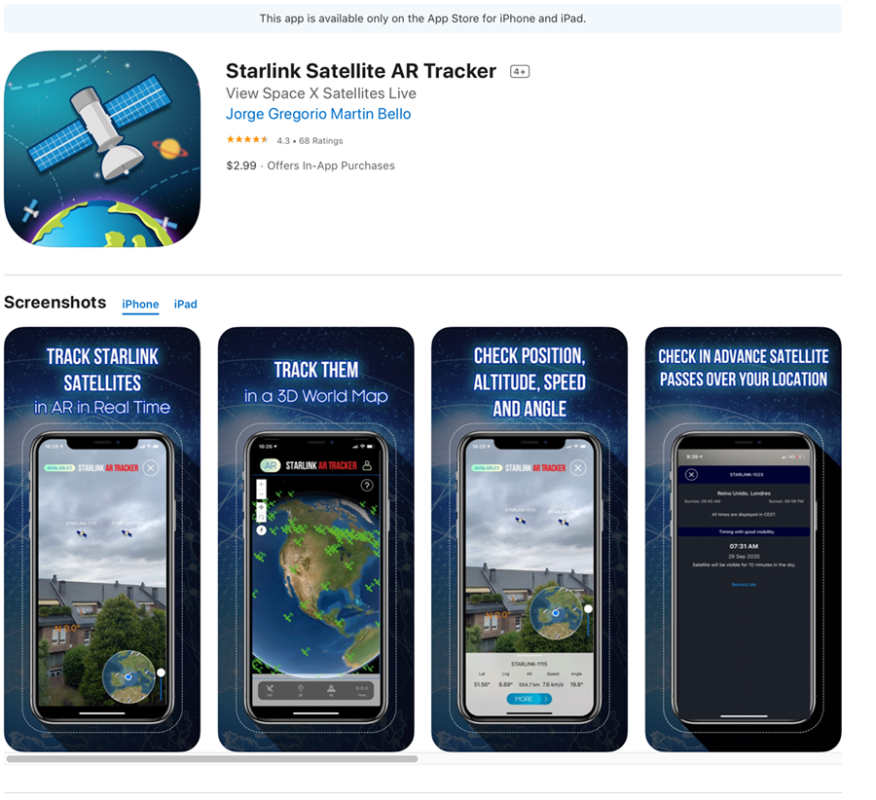 This is in real time and once in awhile you can even catch a satellite “train” go over (after deployment at lower altitude, they climb to their eventual orbit and lock into the mesh, filling in gaps, and not as visible in the sky).

Between this app and the website mentioned above, I was able to make my decision to proceed with the hardware purchase in the beta program.

How does the Starlink mesh network work?

Starlink is now delivering initial beta service both domestically and internationally, and will continue expansion to near global coverage of the populated world in 2021. During beta, users can expect to see data speeds vary from 50Mb/s to 150Mb/s and latency from 20ms to 40ms in most locations over the next several months as we enhance the Starlink system. There will also be brief periods of no connectivity at all.

This video from Mark Handley explains how the technology works with great visuals. This was from December 2019 so much of the proposed tech has already been implemented as projected.

According to this article from Catherine McNally on Reviews.org from February 2021, there are currently about 800-1000 satellites in the mesh providing limited service to the beta test group – more than double what Elon Musk had originally stated would be required for minimal coverage. Ultimately, the mesh should encompass around 42,000 satellites in the end. There are also several ground stations that connect to the mesh as relays and connectivity to the rest of the Internet.

The SpaceX Starlink satellites will be in low orbit, around 350 miles above the Earth. Because of that relatively short distance, SpaceX claims the latency should be between 25ms and 35ms. That should be fast enough for most internet tasks, including gaming. Download speeds should also be pretty quick, at about 1Gbps. SpaceX has yet to confirm what upload speeds will be like (though beta testers are reporting much higher results so far – check out the SpeedTest one Beta Tester sent me recently – Ping 35ms, 262Mbps Down/15.1Mbps Up). 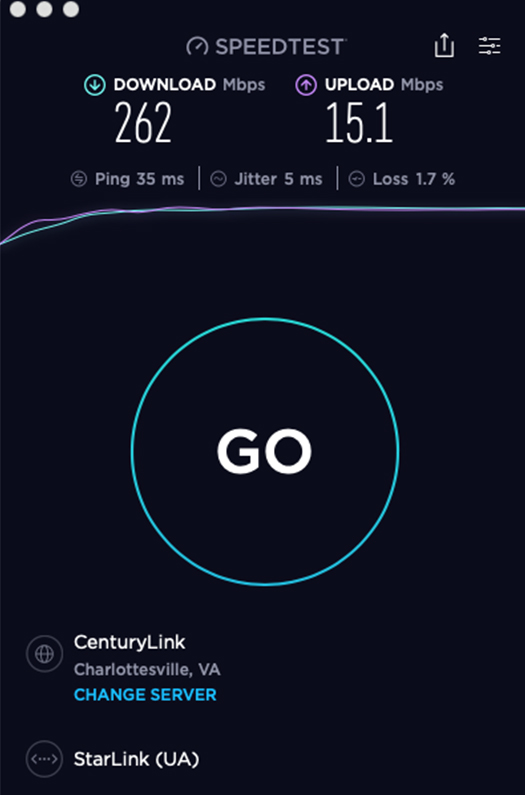 By comparison, the current HughesNet satellite internet service offers download speeds of up to 25Mbps. However, its latency speeds are much slower at about 600ms.

But the Starlink satellites aren’t without opposition, and competitors like Amazon and others aren’t far behind the race to space-based Internet providers. One big concern for the general public and astrophotography communities is the shear volume of safelights in the night sky. While early launches have shown reflectivity issues, the Starlink teams have worked closely with leading astronomers around the world to better understand the specifics of their observations and engineering changes they can make to reduce satellite brightness.

As noted in a TechRadar article in February 2021 by Jamie Carter and Hamish Hector, Elon Musk’s SpaceX is making a huge commitment to the internet. Not in the form of another one of its “whoop whoop yeah!” style webcasts (though it will do that, too), but by steadily launching up to 12,000 of SpaceX’s own satellites that could eventually bring fast Internet access to every human irrespective of where they are on the planet.

If SpaceX can offer speeds of 10 Gbps to every human on the planet, and undercut land-based networks, it could become a massive internet service provider. Add to that the fact that 50% of humans still have no internet access, and you start to see why SpaceX is so interested in making the most of its own rocket launch capabilities.

At the time of writing [their article], Starlink makes up a quarter of all active satellites, and that share is only increasing each month. The service has deployed over 1,000 satellites in order to provide internet access to its current subscribers and is continuing to expand so it can boost both coverage and performance. 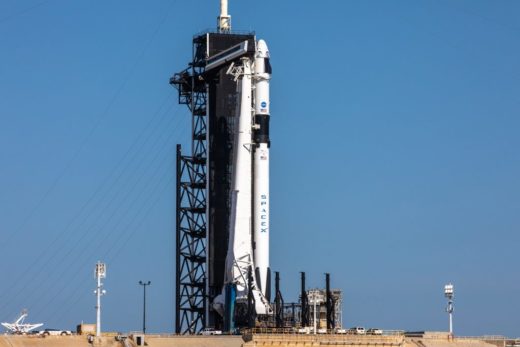 Each satellite in this Elon Musk Starlink project weighs just 573 pounds (260kg). They are basically very flat and then when 60 of them are placed inside one of SpaceX’s Falcon 9 rockets. When they are put in orbit, a single large solar array comes out to power the satellite. The main portion includes four powerful antennas for internet transmissions. They also have lasers that connect each satellite with four others in orbit. Finally, they include ion thrusters that use krypton gas. This allows them to stay in orbit longer even at these lower distances from Earth.

On to the Beta Program…

Hopefully, I should receive my hardware kit in April and will share my experience from unboxing/setup to first results here on ProVideo. 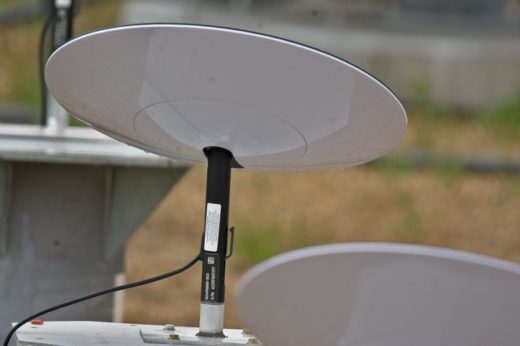