StabiLens solves the biggest problem gimbal operators face: rebalancing. It’s not a “one size fits all” solution, but it may well be the solution you need to swap lenses without having to rebalance. 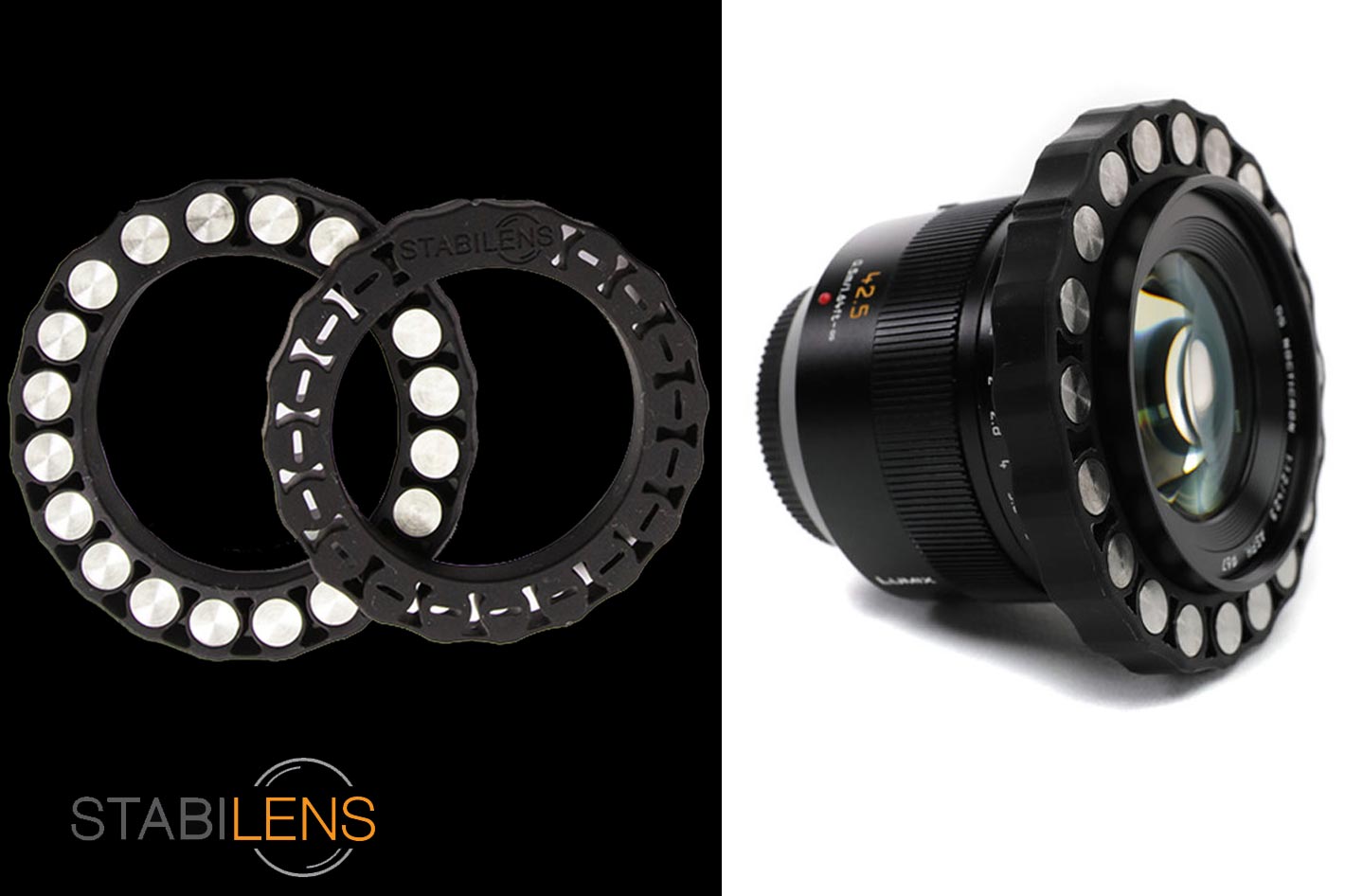 A video published recently by StabiLens shows how to swap 4 Lenses in less than 1 minute on a gimbal! It’s a real-world demonstration that shows how the system works when all the conditions are met.

One month ago StabiLens published a video showing the advantages of its Stabilens Gimbal Ring System solution. The video, under the title, “Traditional Gimbal Rebalance vs StabiLens Rebalance”, shows how the StabiLens wins by a landslide in a head to head competition. As always happens with new products, some people clapped at the idea while others immediately pointed to the multiple problems the system has.

On paper, the concept looks great. The Stabilens Gimbal Ring System is a first of its kind camera attachment that allows gimbal operators to swap lenses without having to rebalance. The traditional gimbal workflow requires users to balance their gimbal with every new lens, eating up precious time while on a shoot. With StabiLens gimbal ring, gimbal operators only need to balance their gimbal once to their largest lens. Each smaller lens is then counterweighted to match that weight distribution. 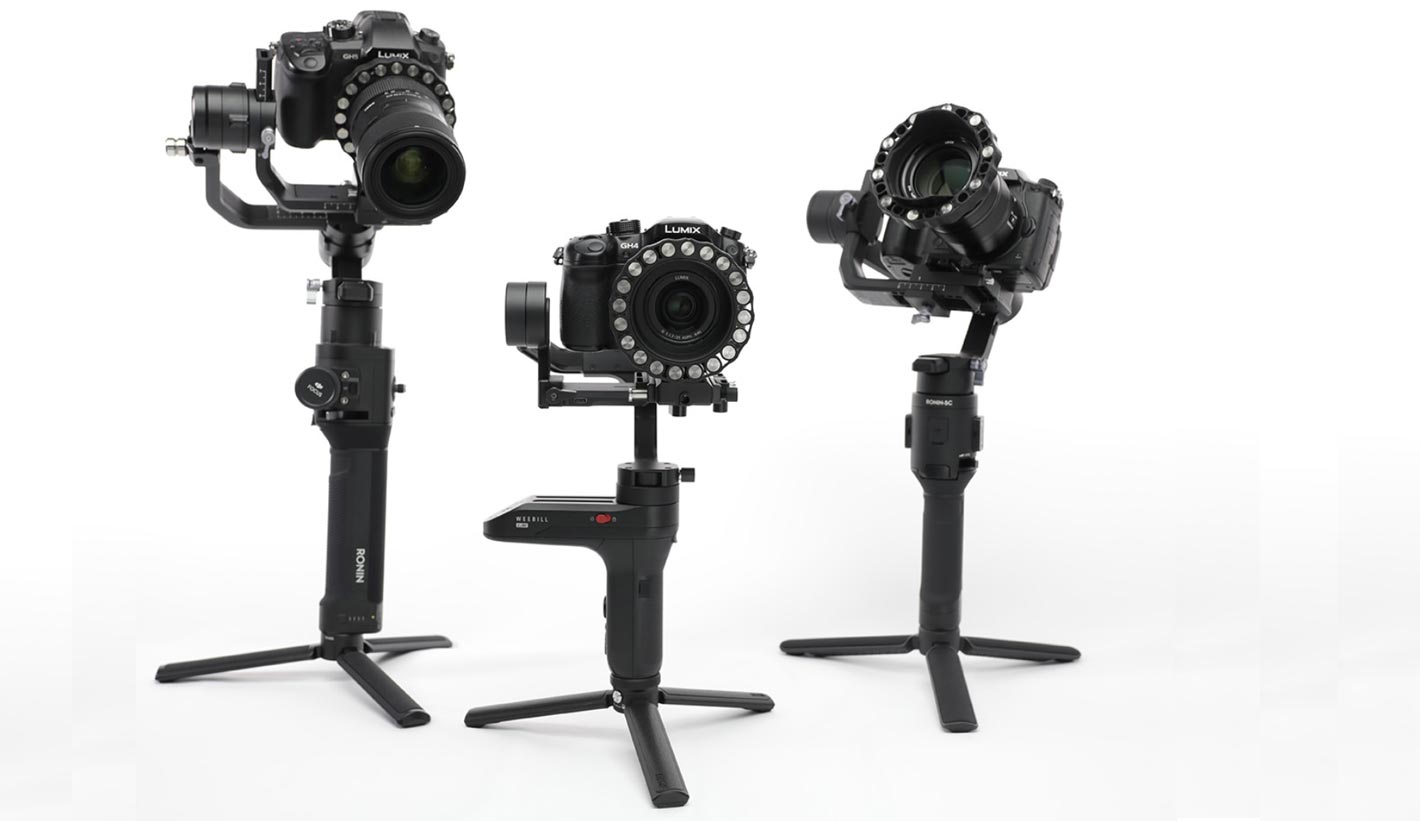 The inventor of the StabiLens

Once you’ve balanced your largest lens, all lenses can be hot swapped on set without wasting time rebalancing. Because the counterbalancing is done before getting out in the field it saves valuable shoot time allowing camera operators to be more creative and efficient. Now, this is true, only, when some conditions are met, and that’s something you need to understand before claiming the system doesn’t work.

To better understand the whole concept one has to know more about its creator. The inventor of the StabiLens Gimbal Ring,  Zac Miller, began his career in 2005 getting his hands dirty on independent feature films in Boston. Since then Zac moved to LA and worked on Television shows, films, commercials, corporate videos, and web content for clients like CBS, ABC, 21st Century FOX, National Geographic, Diet Pepsi, HGTV, MTV and WGBH. He’s produced educational content for Harvard Medical School, The National Science Foundation and The US Department of Transportation. 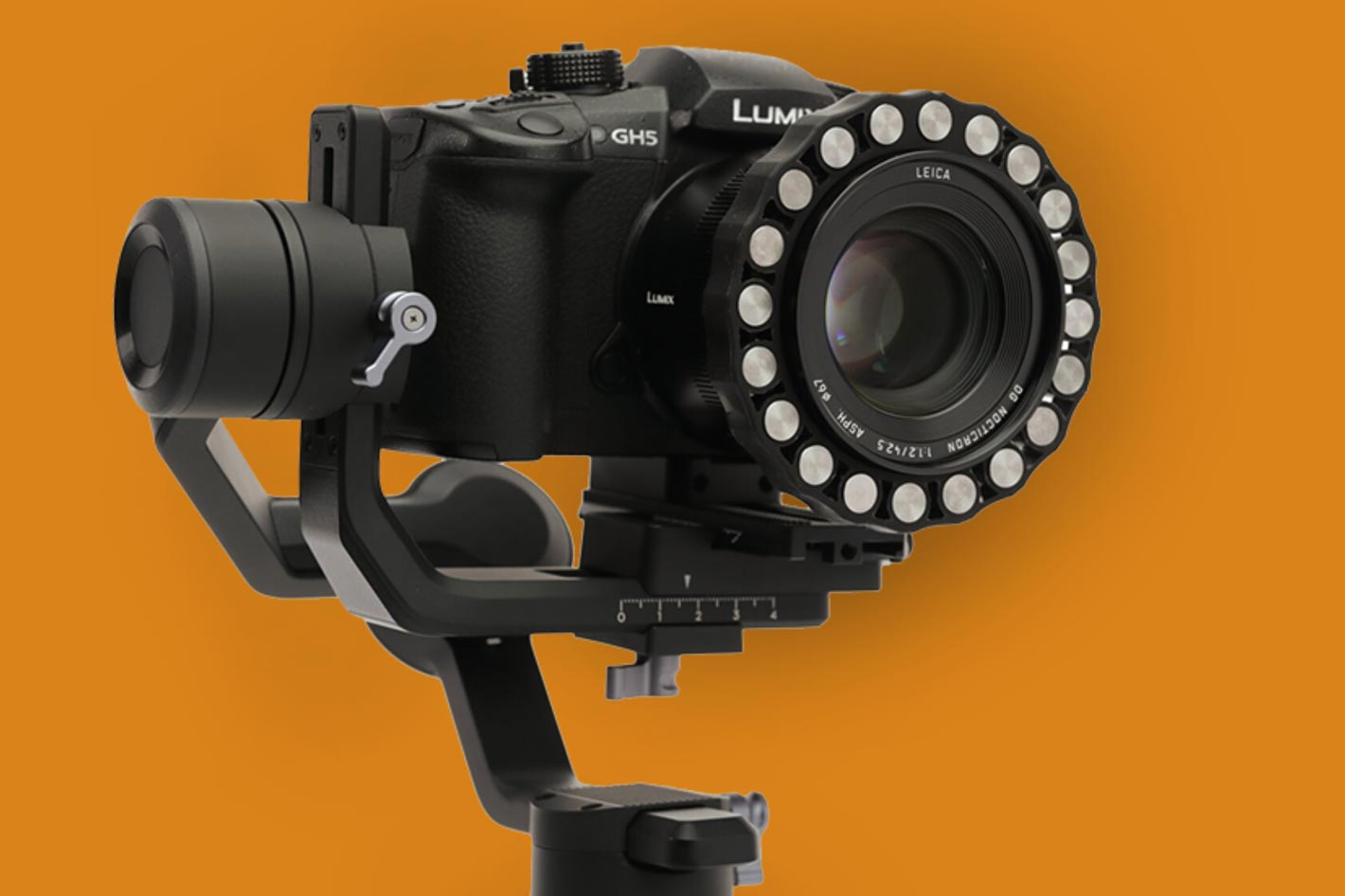 Created to solve a filmmaker’s problem

As so many other inventions, the system was created to solve Zac’s own probems. He says this: “I loved the beautiful, cinematic look I got while shooting on my gimbal but shooting on a gimbal also really sucked. I found myself making creative compromises because on most shoots I don’t have the time to rebalance my gimbal more than once. The StabiLens gimbal ring solves that problem and allows me to be more creative and get exactly the shot I want every time. I spent a year churning out dozens of prototypes before we discovered the perfect design that was universal, sleek and nearly invincible.”

The StabiLens works with all brands of cameras, stabilizer and gimbal, and it fits on most lenses between 58-100mm in diameter. According to the information available, StabiLens only needs to be set up once and then you can instantly balance your gimbal over and over again. It was designed for pros using DSLR and mirrorless cameras who don’t have time to waste during shoots. The StabiLens ring stretches around your lens and works by matching  each lens’ center of gravity. It can add between 21-261 grams of weight (.58 lb) and fits over most lens hoods. 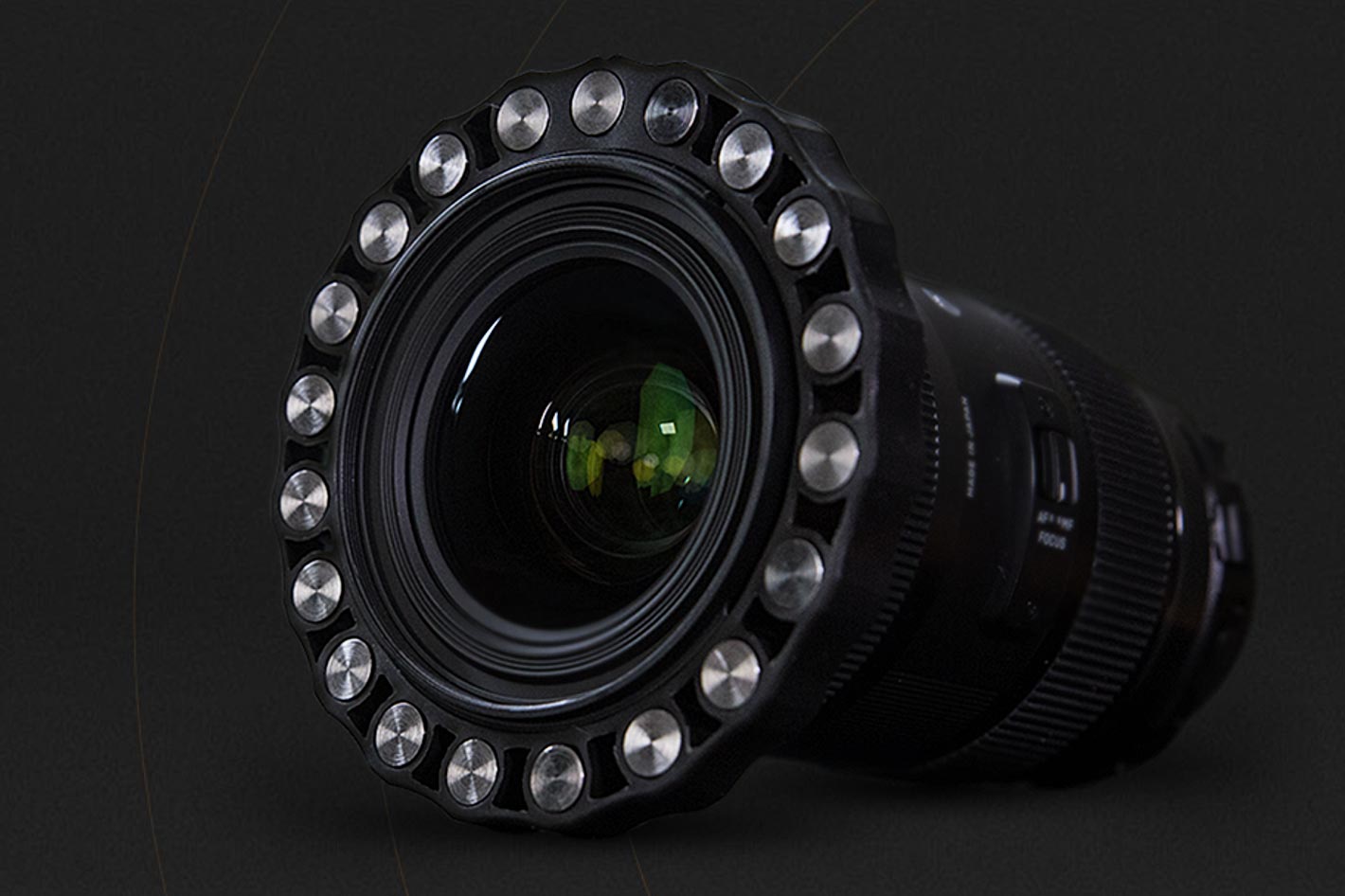 So, there is a weight limitation that has to be understood. Another aspect becomes clear watching a video published a few days ago: Zac uses four lenses – a 35mm, a 24mm, a 85mm and a 42.5mm –  and, meaning the system works well if you use the same brand of lens or similar and are just changing the focal length… what may be the case for many users. The video clearly demonstrates that the solution works fine, with the last lens used being placed on the camera without the adapter, and only afterwards the gimbal ring being added, to show how well it works, once it is calibrated.

The new video confirms what StabiLens promises, but also confirms that the StabiLens system may not be for everyone. If you rarely change lenses or if you have very different lenses in your kit, the system may not be for you. Still, gimbal beginners who have trouble balancing their gimbal might appreciate the solution, as will do professionals who depend on moving quickly and want to use the right lens for the moment. StabiLens even suggests that with the system your b-cam operator can pick up a pre-balanced gimbal and use the entire kit without any learning curve. 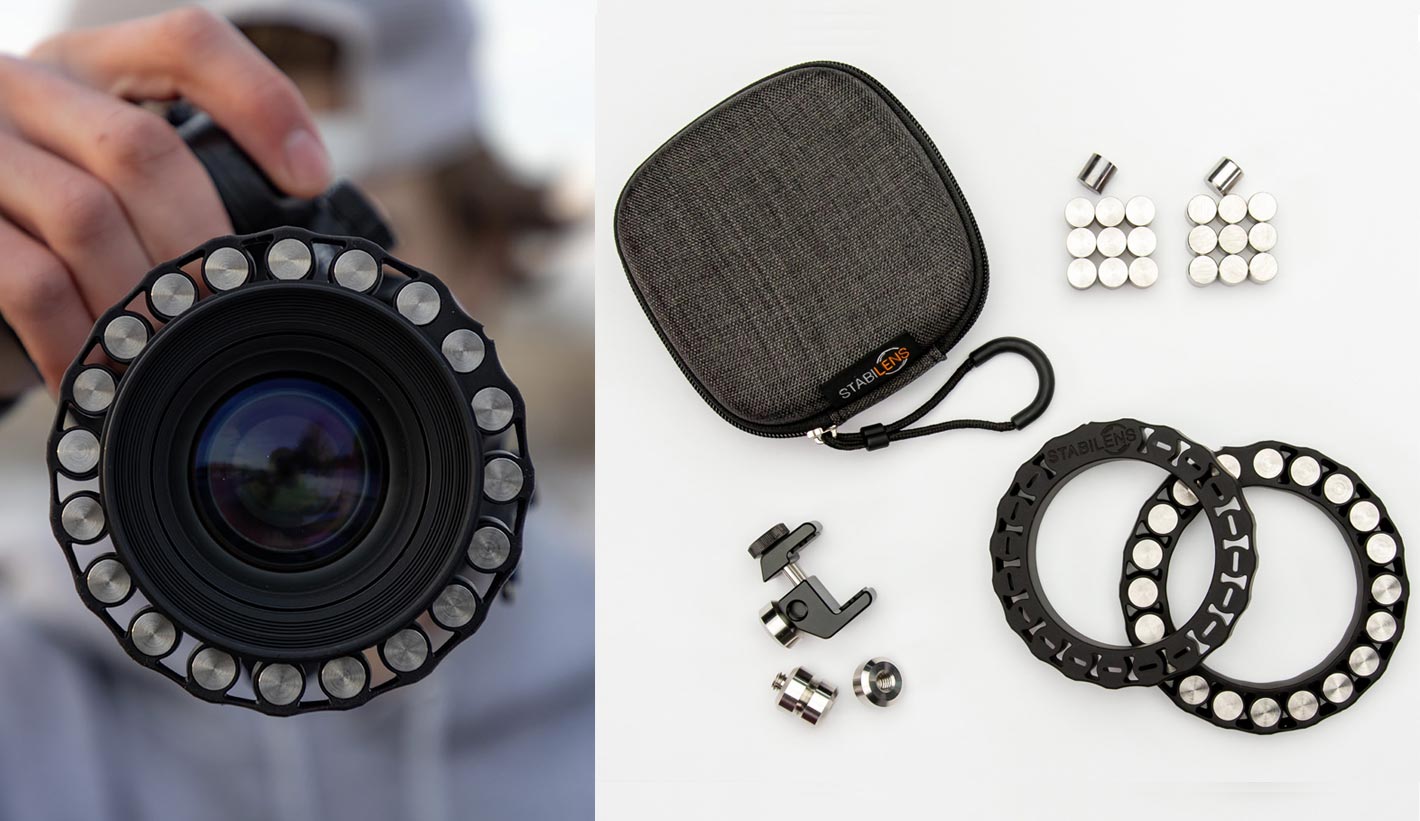 If you’re just starting, you can go for the basic kit and then buy additional items, as StabiLens also sells add on products such as additional rings, weight expansion packs and hard cases. StabiLens can be customized to work with many setups and as the ring can safely and easily fit over lenses between 58mm – 100mm, the kit will continue to work even if you change system and have to move between

StabiLens works with motorized gimbals as well as traditional balanced camera systems. Once balanced, lenses can be swapped as many times as needed without further rebalancing. This allows users to remove the StabiLens system at any time, say for instance if operators want to shoot on a tripod, and then reattach later when they go back to operating a gimbal. 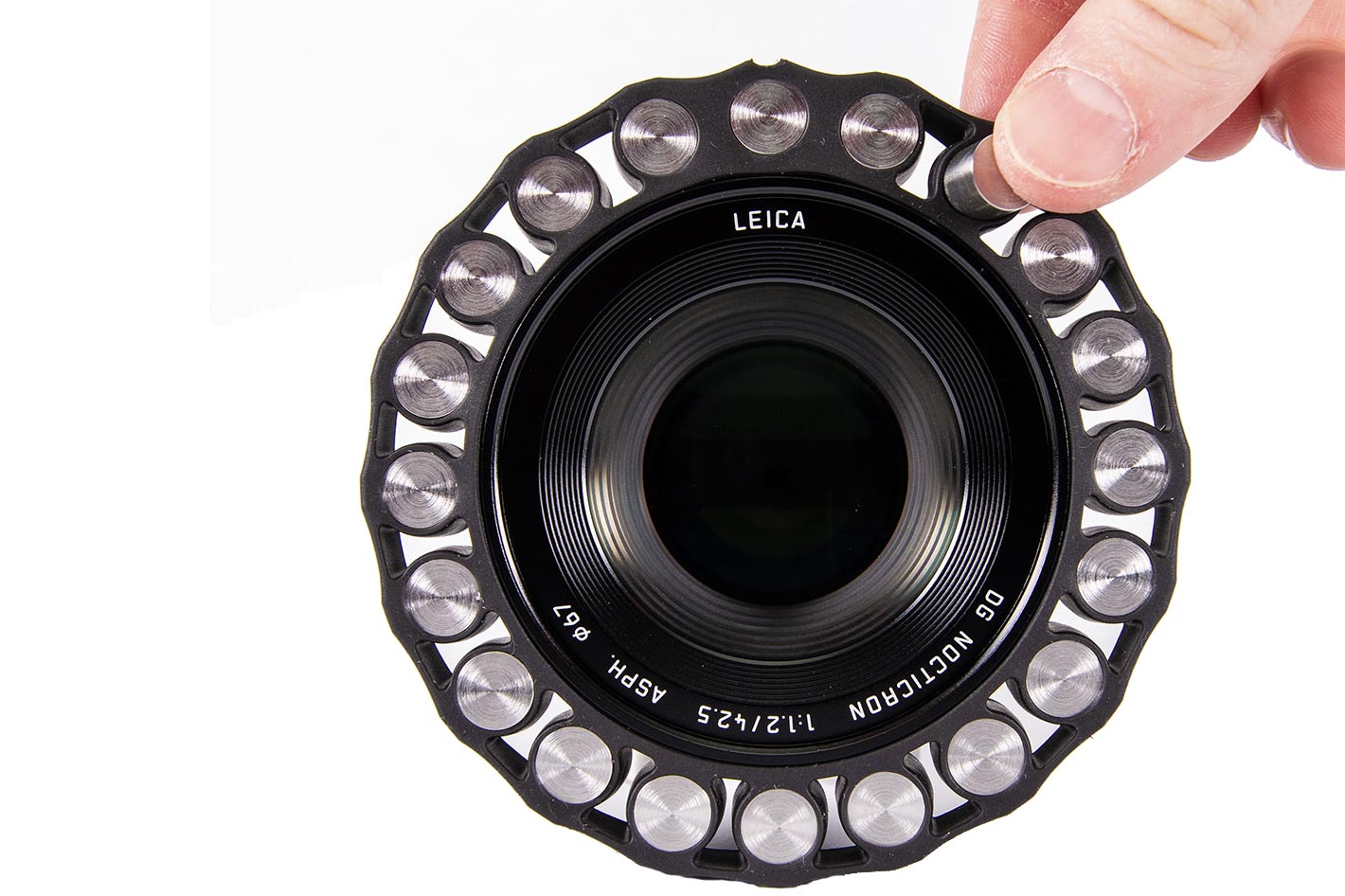 A concept similar to Xume adapters

Although different, the StabiLens system as a concept is similar, to a certain extent, to the Manfrotto Xume magnetic adapters, created to allow those who use multiple creative filters  a way to quickly change filters without having to screw/unscrew them. With the Xume you also need to have adapters for different lenses, in order for the system to work.

As noted earlier, the StabiLens system is not suitable for everybody. Still, some filmmakers, as Zac Miller, who invented it, might like this solution so they don’t have to rebalance every time they change lenses. As Zac Miller says, “ I invented it  because I wanted my gear to work for me and not the other way around”. 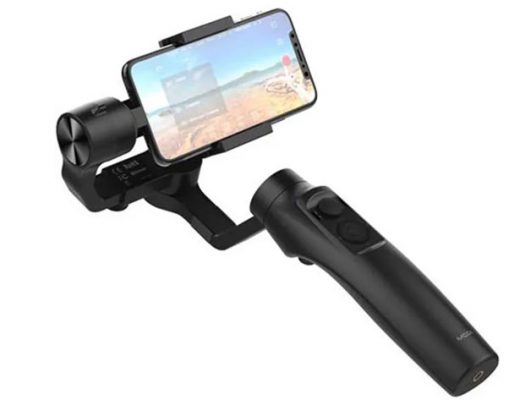 It can charge your phone and charge itself while shooting, and that’s just part of the things it does.... 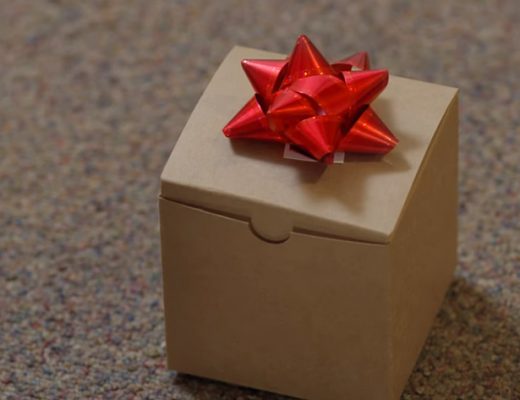 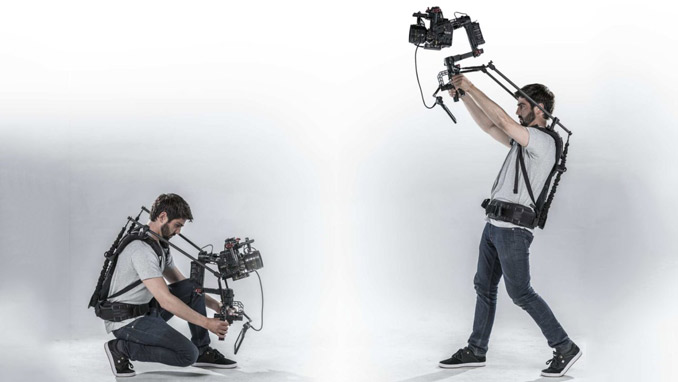