SPY, a FotoKem company offering creative finishing services for commercials and feature films, has opened a new studio in Santa Monica, Calif. SPY: LA extends the capabilities of its main facility in San Francisco, and will specialize in VFX based commercial productions. SPY: LA began work in December on a number of visually compelling spots for such clients as UPS, Asics, THQ/UFC, Hillshire Farm and Canon. The new West Coast locale is within FotoKem’s award-winning sound studio Margarita Mix. 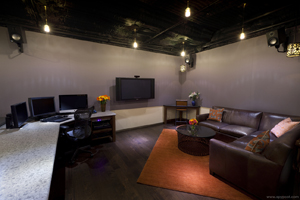 “Anchored by Emmy Award-winning talent and industry leading technology, SPY: LA provides the same level of quality services that is offered in our San Francisco facility,” says Co-Founder Eric Hanson. “The two studios are securely connected by a high speed network offering real-time interface capabilities between San Francisco and Santa Monica, and this west side location greatly enhances our ability to interface effectively with our clients.”

FotoKem Senior VP Rand Gladden notes, “There is synergy and scalability for our clients in the aggregation of solutions provided by SPY and Margarita Mix. The flexibility of SPY’s interconnected locations and FotoKem’s Burbank headquarters offers a wide range of artistic and technical support from set to delivery. Our goal is to continue to support the creative community through investments in talent and technology.”

Hanson adds, “The connection and design of the facilities will empower collaboration; when there are tight turnarounds, creative changes, and advancing deliveries, this will be a great value-add for the creative process.”

SPY was founded in San Francisco in 1998 by Darren Orr and Hanson, and acquired by FotoKem in 2009. A highly regarded creative studio, SPY has contributed to many projects for some of the industry’s leading advertising agencies, including Goodby Silverstein & Partners, TBWAChiatDay, Leo Burnett, DDB, and more. Over the past several years, SPY: SF has also provided visual effects for a number of features including Fox’s Avatar and Sony Screen Gem’s Priest, as well as effects and color grading for director Francis Ford Coppola on his visually complex self-released feature, Twixt.