Having a drone crash on water is the last thing drone pilots want. But the Splash Drone, contrary to other drones, simply loves water. It’s a waterproof drone! 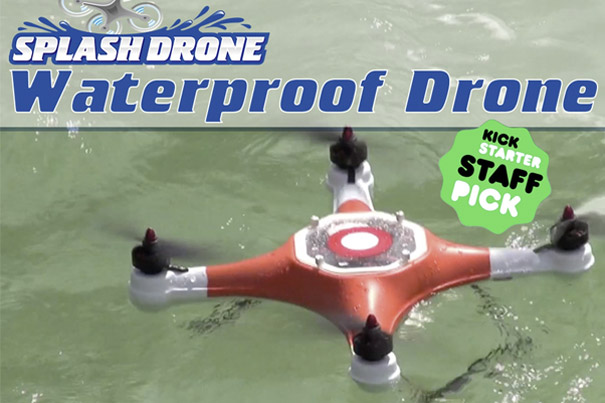 Splash Drone is a waterproof drone with live video feed, payload release mechanism, emergency flare system and camera stabilization gimbal. It is designed to carry a GoPro camera to capture action adventures on water or land.

Seriously, why would anyone want to fly their drone into the water? Well, whoever wants to film their aquatic adventures without the fear of losing the drone. The Splash Drone is designed specifically for that task, a fully waterproof quadcopter, packed with useful features and capable of landing and floating on water. No more of those images of a drone user frantically trying to reach a drone before it sinks…

Alejandro Rodriguez is the drone developer behind the Splash Drone. Founder of Urban Drones, Alex believes that drones should be easy and practical, and the Splash Drone, which is an evolution of the Mariner, designed by the team but now obsolete and out of production, is the new step in that direction. Alejandro says that “I have been working on drones since 2007, way before most people knew what they were. Back then I was a video producer at a TV station, but my obsession with drones lead me to a career change. Along the way I’ve met some incredible people. After forming a team of like-minded drone geeks, we’ve successfully made and brought to market our own On Screen Display (OSD), a Long Range System (LRS) and other drone accessories.”

The dream of building a waterproof drone has been there since early on, but “it needed to be practical and easy to fly for first time users. So with our combination of experience in both manufacturing and drone design, we started working on a concept. After tons of feedback and several iterations, the Splash Drone was born. Above all, the most difficult challenge was developing the waterproof gimbal. We started with a clear dome, but quickly realized that we needed a gimbal that could touch the water, uncovered.” 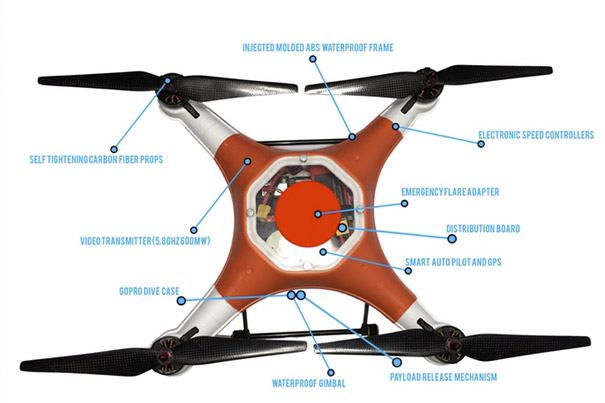 Since May 2014 the team has been prototyping the drone, through many tests of the mold and all the components. The injection mold took 3 months to complete… and many sleepless nights. The team also tested several camera gimbal configurations, facing the challenges of building a waterproof gyro stabilization board and the signal cables.

The Splash Drone will be available from July 2015 on and comes in two flavours: traditional remote control or app based control to unlock its autonomous features. 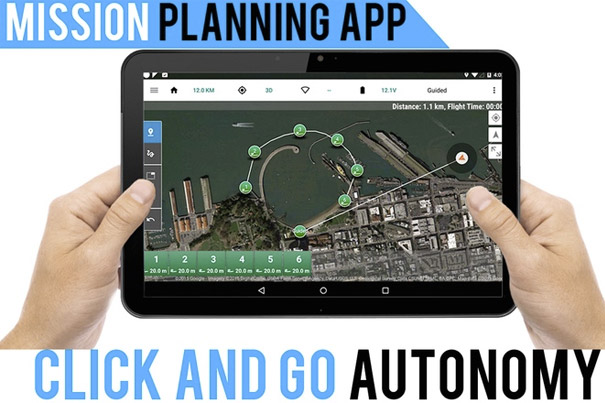 Standard Remote Control Version: Allows you to fly in GPS assisted mode, attitude mode, or hover over one position to capture your action. It also has return to launch location and automatically lands at the flip of a switch. This uses a proprietary flight controller.

App based Control: Your Android device allows you to use the Splash Drone’s autonomous features with an app that lets you fly a mission on a set path of activate the Follow Me mode. The Autonomous uses Open Source software, Pixhawk from 3DR.

Visit the Kickstarter page to know more about the Splash Drone. 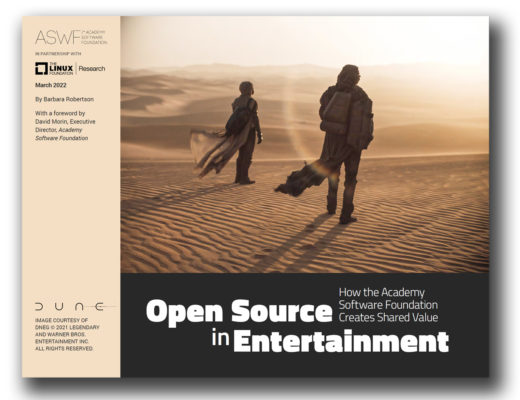 The new research paper from the Academy Software Foundation spans the evolution of open source technology in the modern...