Sony is finally developing their own wireless lighting control system to work with their flash units. The company wants to meet the growing demands of professional Sony photographers 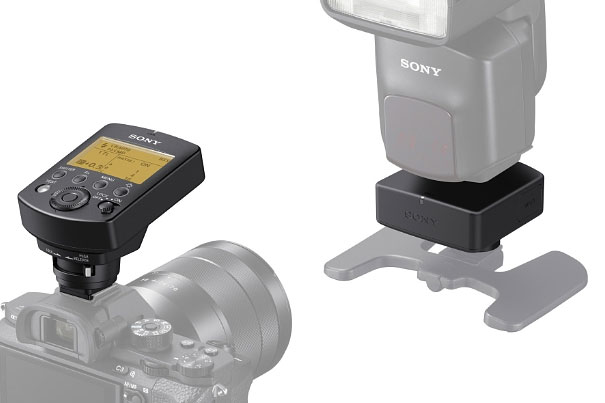 Sony used the WPPI Wedding & Portrait Photography Conference+Expo, in Las Vegas, to announce the development of their own wirelss lighting control system, and presented a prototype of the system at their booth, during the event.

The WPPI Wedding & Portrait Photography Conference+Expo, which is the premier industry event for photographers and filmmakers specializing in the creative and business aspects of wedding and portrait photography and filmmaking, seems to be the adequate place to announce the new product.

Photographers using Sony cameras have had to use independent systems and many times feel they are the last to be served. A good example is Phottix’s range of flash triggers, which are primarily created for Canon and Nikon with Sony versions taking some extra time. The recent Odin II system is available for Canon and Nikon but the Sony version was mentioned recently, with a laconic note: ”it’s coming”.

Apparently, Sony woke up to the fact that many users do need a wireless lighting control system, and is following the same way as Canon and Nikon, introducing their own system, as a way to capture some market in an area that seems very promising. Contrary to Canon and Nikon, though, Sony is not showing – yet – any new flash with a wireless system, opting to create a new lighting system which will include the FA-WRC1M wireless radio commander as well as the FA-WRR1 wireless radio receiver, both able to work with their interchangeable cameras and external flash units.

It’s an interesting option, as it means Sony photographers aspiring to go the wireless path can simply pick their existing flash units and connect them to a FA-WRR1 receiver, place a FA-WRC1M on the camera hot shoe, set the parameters and start shooting. No doubt Sony will announce some new flash units, already wireless, in the future, but this seems to be a logic and easy to implement upgrade step that will make Sony users happy.

Sony is a bit late to this market, especially if we consider that Minolta, whose camera segment they acquired years ago, was always an innovator and the company responsible for the first wireless TTL flash system, introduced in the early 1990’s… but mostly never understood by users and those that should do the marketing and explain the invention.

The new system from Sony offers, in technical terms, the usual specifications found in similar products. With a maximum range of 30m (approx. 98 feet), the new radio controlled system will, indicates Sony, “allow for an extremely flexible wireless flash shooting experience with exceptional performance in all types of shooting conditions.” In total, the system can control a maximum of 15 separate flash units in up to 5 groups of flashes.   While using the system, photographers have the ability to control the exposure of connected flash units either manually or automatically depending on preference.   Additionally, the new lighting control system will be capable of flash sync speeds of up to 1/250th of a second with high speed sync (HSS) available as well.

The new Wireless Lighting Control system will be available this Summer at authorized retailers throughout the US and Canadian markets. Pricing and detailed specifications will be released at a later date, said Sony.