Sony’s F65 CineAlta™ camera, the world’s first production camera with an 8K sensor, is adding another first to its list of credits. FOX Sports is using the F65 camera to capture ultra-high resolution images for its “Super Zoom” technology.

“The whole concept is about getting significantly better replays,” said Jerry Steinberg, senior vice president, technical operations, of FOX Sports. “Since we’re starting with such a high-resolution image, we can really zoom in more closely on a shot than ever before and still get a completely clear picture without worrying about losing any pixels. We can get closer in, especially on controversial plays, so viewers will see an extraordinary amount of detail that they normally wouldn’t see on a regular replay, and the Sony 4K technology is making this possible.” 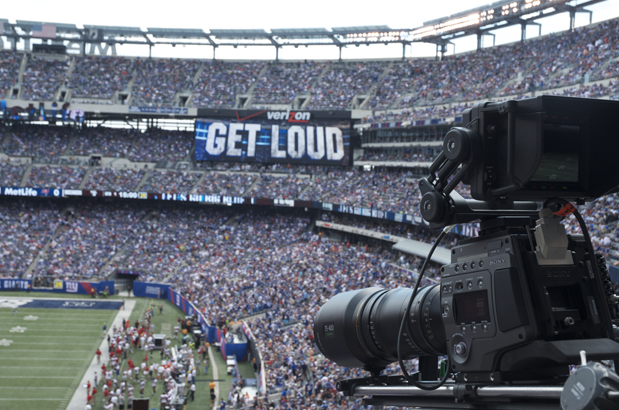 The Sony F65 camera made its debut on the first 2012 NFL on FOX broadcast, and the plan is to continue using at least one for each game, strategically placed for the best camera angles.

The images from the F65 camera are run through a control unit and sent via fiber to a PsiTech Vortex system housed in the game production truck, where an operator can electronically zoom in on the image many times to provide a conclusive image for replays.

“The F65 was designed to deliver the highest quality images, not just for producing movies or TV shows, but also for a range of applications, as FOX Sports is proving this season,” said Rob Willox, Director of Marketing, Large Sensor Cameras at Sony Electronics. “We’re proud that once again, Sony technology is being used to re-shape the TV viewing experience.”