The Xperia family of smartphones continues to expand and while all users will find enhanced features, the new Sony Xperia 1 III and 5 III offer some revolutionary features for photographers and videographers. 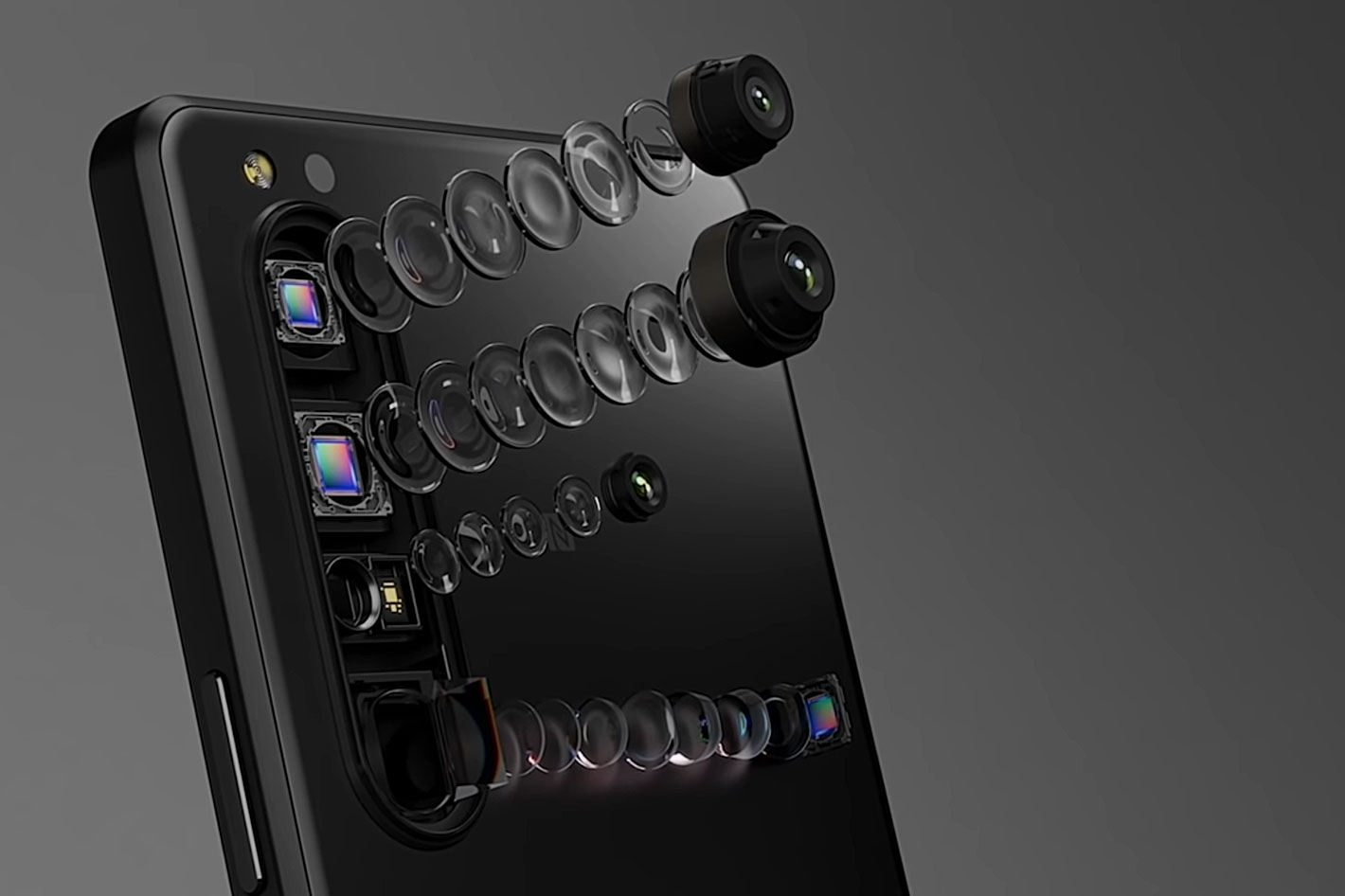 Sony has taken smartphones where no one dared before: the new Xperia 1 III and 5 III represent the first time ever that a variable telephoto lens has been paired with a Dual PD sensor in any smartphone.

Sony Electronics Inc. recently announced two new additions to its Xperia 1 and 5 flagships series line-ups – Xperia 1 III and Xperia 5 III. Both devices provide a rich collection of integrated features that connect Xperia community with some of the most advanced technologies across Sony’s entire suite of consumer electronics products. Whether they are photographers, audiophiles, cinephiles, gamers or cinematographers, the next generation of Xperia 1 and 5 flagships series will deliver a user experience that is unlike any other smartphone in market today.

The new features enhance a series of functions that in many cases this smartphone family already offers but the new pair introduces new options that keen photographers and videographers will appreciate, from a brand new AI (artificial intelligence) super resolution zoom technology to the World´s first variable telephoto lens paired with a Dual PD sensor included in a smartphone.

“Today we’re introducing two new Xperia models that are significant for both Sony and the industry as a whole,” commented Neal Manowitz, President and COO, Sony Electronics Inc. “Drawing on our leadership in imaging, display and audio technology, we’re proud to debut the world’s first smartphone with a 4K 120Hz display and the world’s first smartphone with a variable telephoto lens. We continue to break new ground and provide passionate consumers with a more powerful creative device and an immersive entertainment experience like they’ve never had before—all in the palm of their hand.” 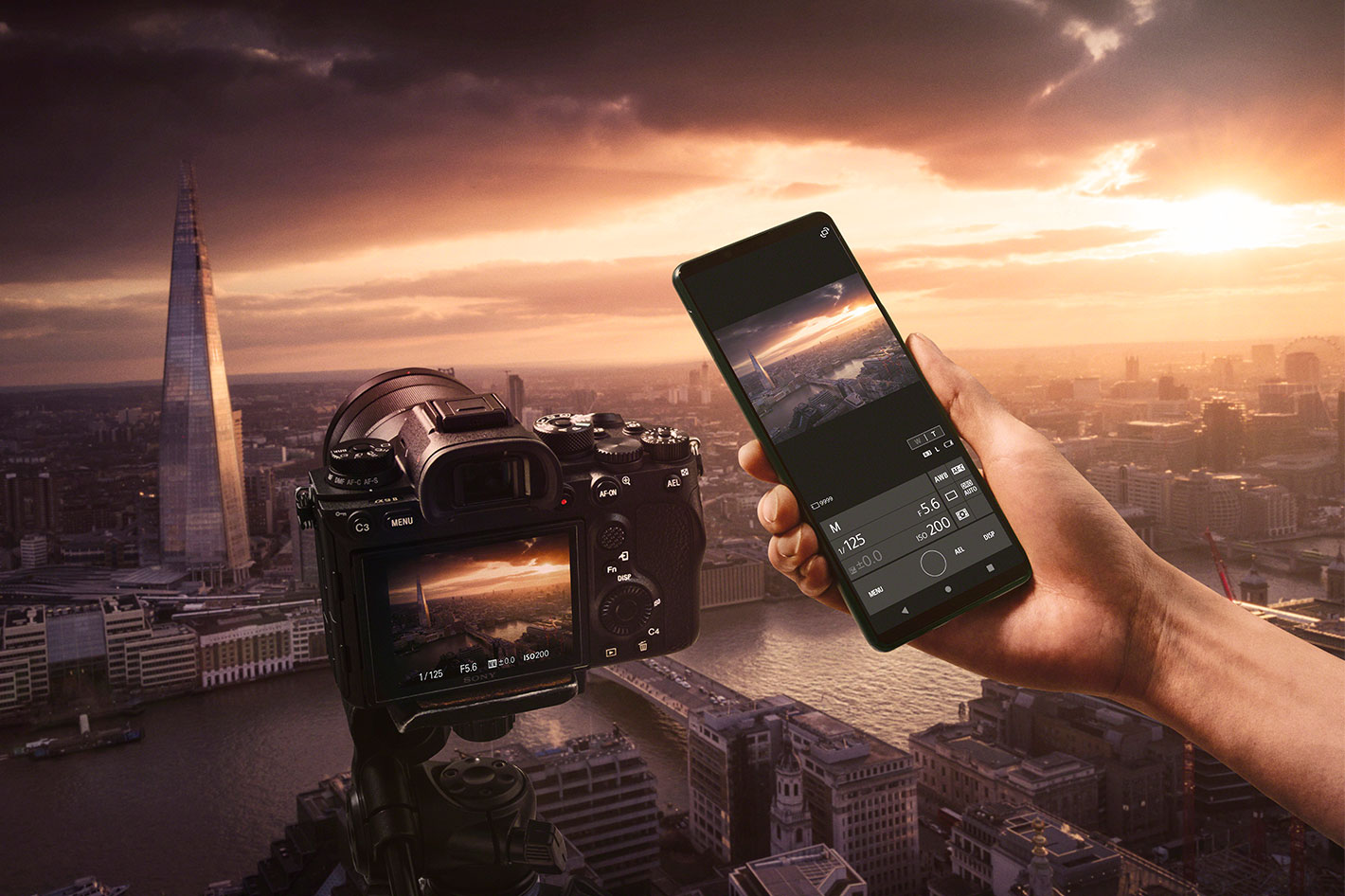 Developed with technology from Alpha cameras

As with previous models, the new Xperia 1 III and Xperia 5 III are co-developed with the engineers behind the Sony Alpha brand cameras that are renowned for their industry-leading autofocus technology. It should not come as a surprise that both models feature fast, accurate continuous AF plus Real-time Eye AF in all lenses. With Xperia 5 III and its advanced object tracking technology, photographers can capture accurate shots of moving subjects in a wide variety of scenarios with a simple tap on the screen.

Xperia 1 III presents an even more sophisticated feature set for photographers that strive for picture-perfect results. Object tracking is upgraded with Real-time Tracking, allowing users to shoot the most challenging moving subjects with precise focus. Using AI-based algorithms and the 3D iToF sensor to measure distance, Real-time Tracking can accurately detect and focus on a subject even if the subject temporarily moves out of sight so they can capture even the most difficult images with ease.

When speed is a necessity, both models offer continuous AF that performs AF / AE calculations at up to 60 times per second – enabling users to shoot and store up to 20 shots (20fps) with high precision, accurate focus and optimized exposure. This level of performance is comparable to that used in professional sports cameras such as the Alpha 9 series. The BIONZ X processor enables users to shoot in low-light scenarios in Burst Mode for the first time, producing results with noise reduction that have never previously been possible in predecessor models. 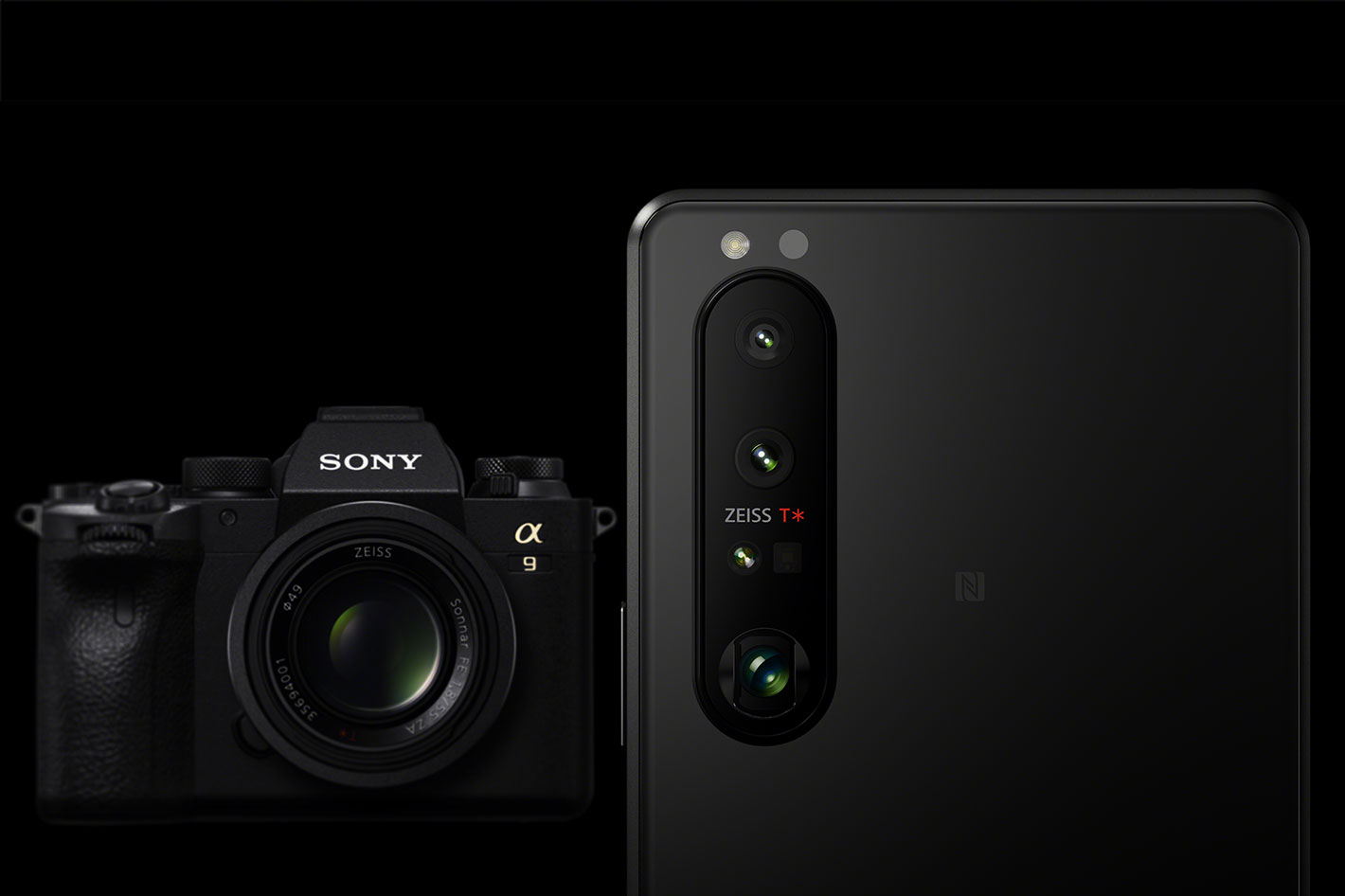 A variable telephoto lens, not a zoom

The optical system used in the new models is a step forward, as it offers new options for image gathering. These new models represent the first time ever that a variable telephoto lens has been paired with a Dual PD sensor in any smartphone.  The variable telephoto lens on each of the new Xperia models allows for focus to acquire instantly when users are switching between the 70mm and 105mm lenses.  Sony says that “pairing this unique lens setup with a dual PD sensor and a dual PDAF capabilities ensures that all of the beauty and detail in each image is captured in full, across the entire focal range.”

One important note before we continue: the variable telephoto lens used in the new smartphones is not a zoom, more a system that was popular in compact photo cameras in film days, offering, through the flip of a switch, the ability to change between two focal lengths. Sony has applied here a similar system, meaning that you have access to two – optical – focal length values, 70 and 105mm, but not to the intermediate focal lengths.

It’s a clever solution that expands the coverage options available to both photographers and videographers, as the Xperia 1 III and Xperia 5 III offer a total of four focal lengths in photo and video recording – 16mm, 24mm, 70mm and 105mm focal lengths, giving creators the freedom to capture a variety of settings from landscapes to wildlife in stunning clarity.  Both models continue to feature ZEISS optics calibrated specifically for the Xperia smartphone. The ZEISS T* coating contributes to exquisite rendering and contrast by reducing reflections. 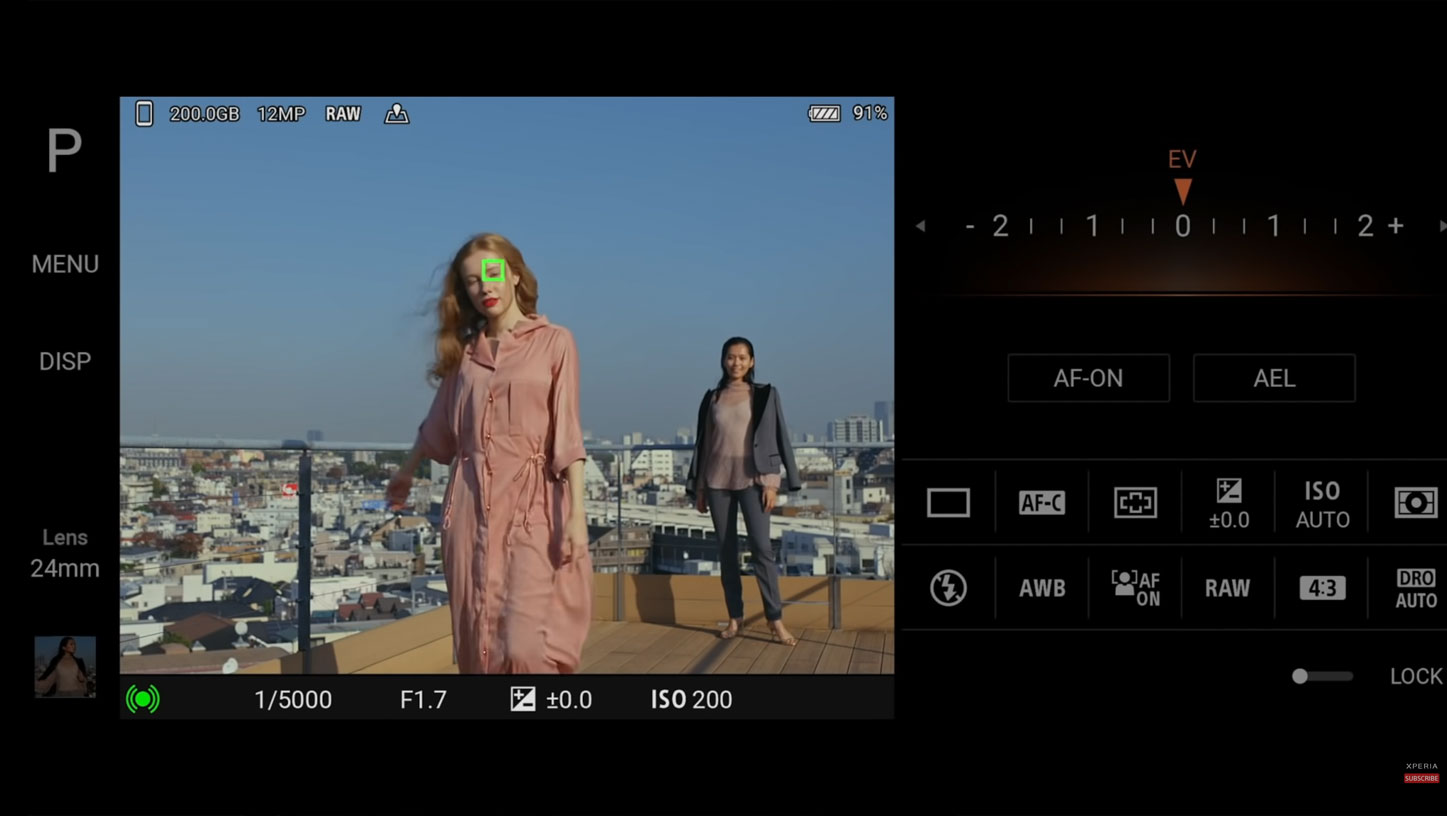 The next generation of Xperia both incorporate new AI super resolution zoom. This technology uses Sony’s AI processing to restore detail and definition to images, ensuring precision is not compromised. Additionally, like their older siblings, Xperia 1 III and Xperia 5 III feature the Photography Pro function, making it a breeze to capture professional-level photography in a palm-sized device.

Both models were developed in collaboration with professional photographers to mirror many of the manual controls available in Alpha series cameras including ISO, shutter speed, EV Indicator, RAW support plus a dedicated shutter button (with embossed finishing exclusively on the Xperia 1 III). New for this year’s smartphones is the ‘Basic Mode’ feature in Photography Pro which enables fast access to a range of easy-to-use photography features including a touch shutter button, portrait orientation, artistic bokeh effect, panorama and more. 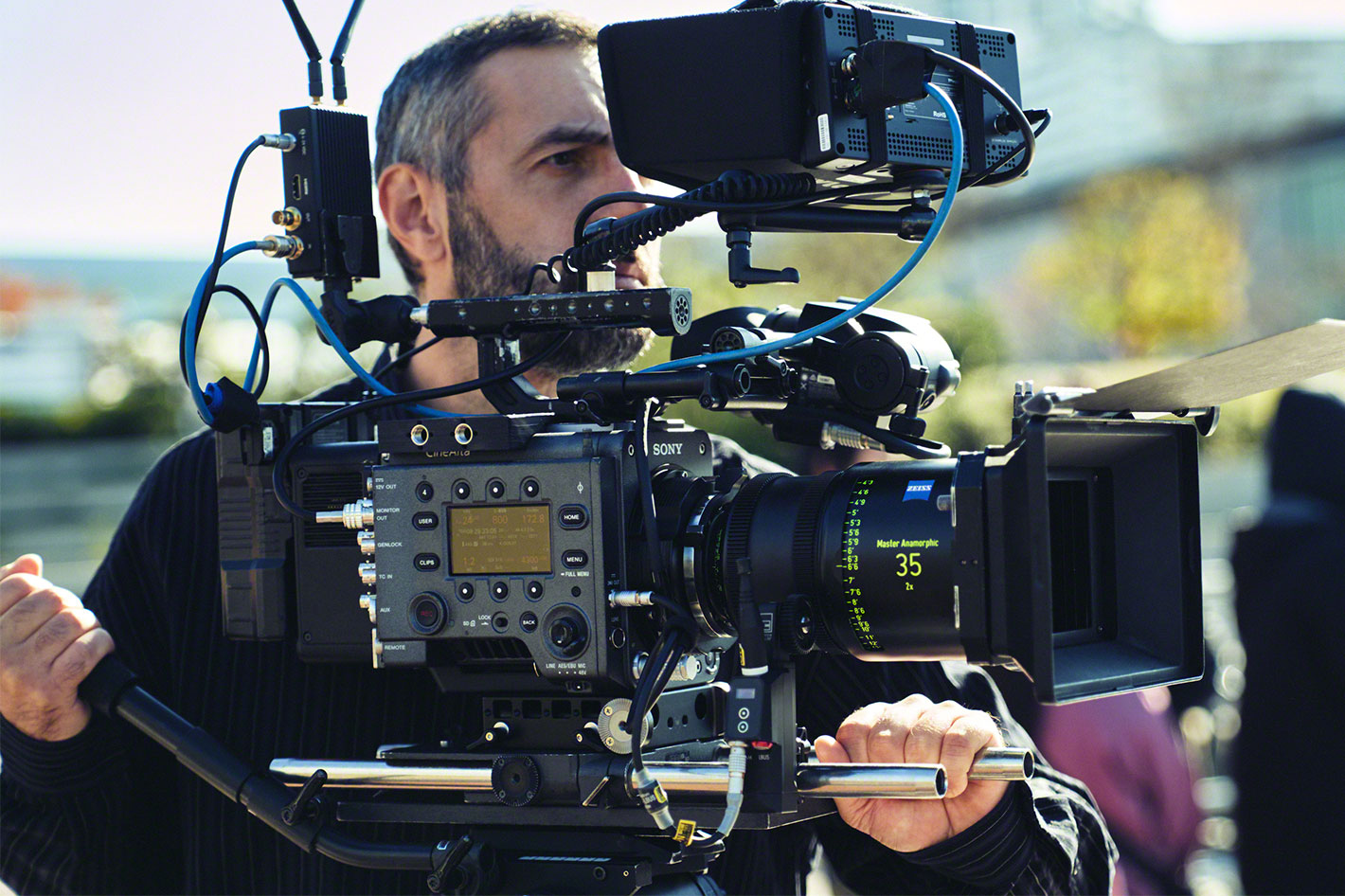 New features within both models include a range of UI improvements designed specifically with movie makers in mind. For instance, to help users control their workflow, they can easily check how much free memory is remaining and how much recording time is still available. Users can also easily check which parameters they used on a specific clip to apply them to other projects. Each clip’s parameter details now include resolution, FPS, look, lens, stabilizer, WB, ISO, shutter angle/ speed, focus and audio level. This is further complemented with the ability to review and organize footage with clip playback, allowing users to play back clips with a simple swipe on the phone’s display. 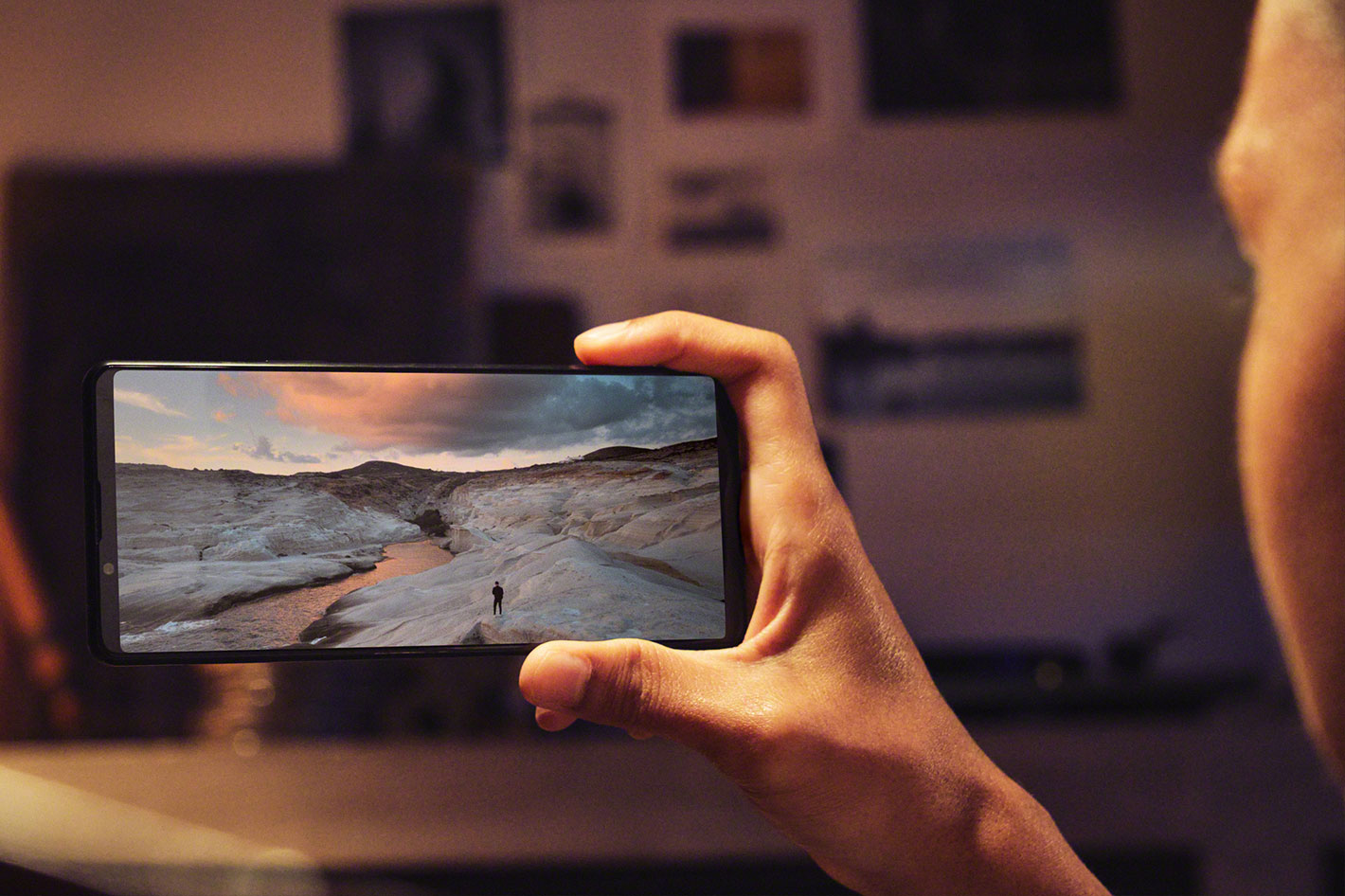 Users can now enjoy their favorite entertainment as the producers intended with the Creator Mode. “Powered by CineAlta,” it now features a factory-calibrated OLED display to mirror the color reproduction of Sony’s professional color monitors used in leading Hollywood studio productions. Additionally, both models feature 10-bit equivalent displays (8-bit with 2-bit smoothing) that can display a myriad of colors without banding and support BT.2020 color space.

Xperia 1 III and Xperia 5 III capture the senses and offer an audio-visual experience like no other. Streaming content is more lifelike than ever with more contrast, color and clarity. Consistent with their predecessors, they benefit from the X1 for mobile engine which brings BRAVIA HDR remastering technology for a beautifully expressive viewing experience. Similarly, thanks to the continued incorporation of Dolby Atmos sound tuned in collaboration with Sony Pictures Entertainment, users can experience a fully immersive, multi-dimensional performance with headphones or the smartphone’s built-in Full-stage stereo speakers. 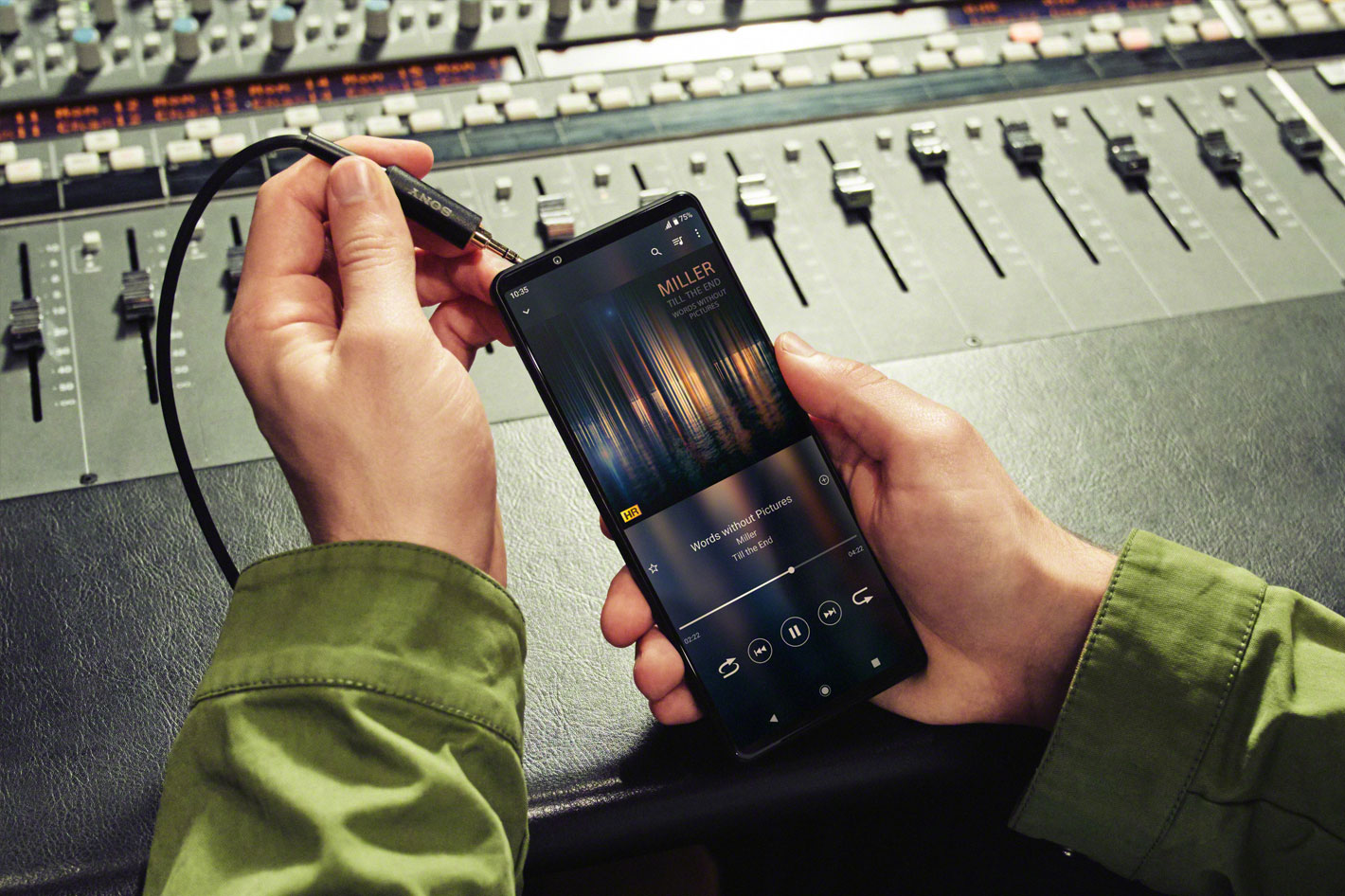 Designed to offer gamers all the features they want, the Xperia 1 III and Xperia 5 III also allow listeners to immerse themselves in sound that is so authentic, it can feel like they are at a live concert or with the artist recording in a studio. Much like the immersive experience for cinephiles, the new Xperia models utilize sound tuned in collaboration with Sony Music Entertainment. In addition to unique hardware decoding, a newly developed speaker virtualizer enables Xperia 1 III and Xperia 5 III to be the world’s first smartphones to reproduce 360 Reality Audio in the speakers. To top it off, new TIDAL subscribers will get three months of TIDAL Hi-Fi free when they buy either model, including the 360 Reality Audio experience.

Combining 5G and Wi-Fi connectivity with the latest Qualcomm Snapdragon 888 5G Mobile Platform, the next generation of Xperia raises the bar for smartphone performance thanks to the Qualcomm Kryo 680 CPU enabling up to 25 percent higher performance and Qualcomm Adreno 660 GPU delivering 35 percent faster graphic rendering than the previous generation. 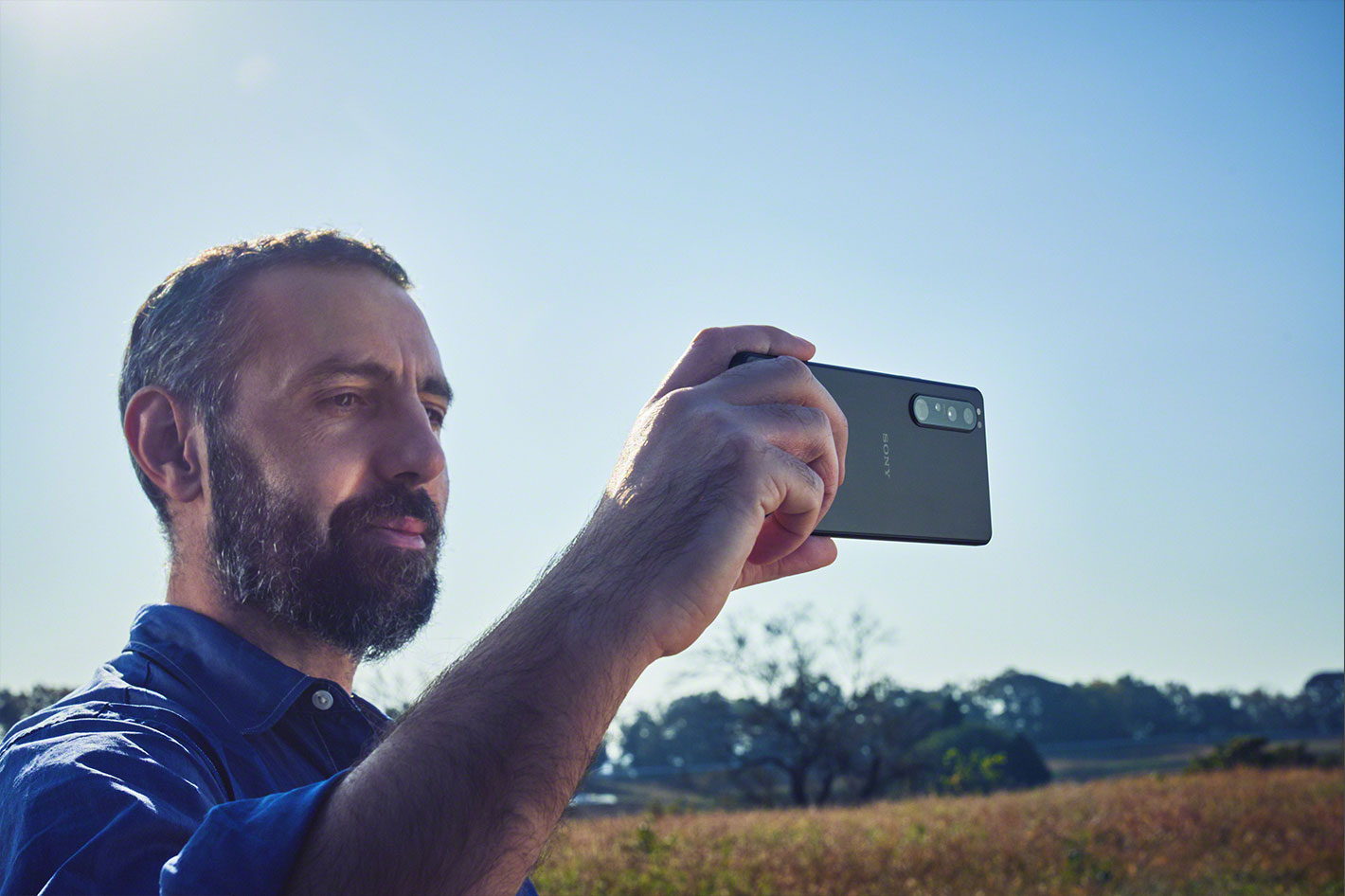 With a 4,500mAh battery, both models offer plenty of power to keep users going through the day while a range of charging features helps maximize convenience and prolong battery life. When the battery needs a boost, it can be charged up to 50 percent in just 30 minutes with the included charger XZQ-UC1. Furthermore, Xperia Adaptive Charging allows the battery life to be extended up to three years (up from two in previous models) in both models. Xperia Adaptive Charging works by monitoring the phone as it charges, to make sure the battery isn’t overworked.