ODSD77U Drive, Media A Crucial Part of Any Production 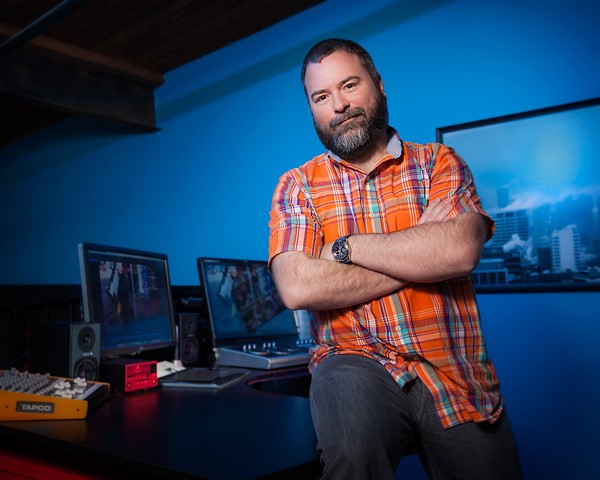 Toronto-based Allan Schwartzenberger is one of a new breed of animal prowling the digital jungle. He’s a “Preditor” – short for producer/editor/director.  His deadliest enemy in this wilderness? Data loss. That’s why he’s traded his tape-based archive system for Sony’s Optical Disc Archive.

Schwartzenberger has been working in production and post production for the past 15 years. During that time, the landscape has changed dramatically and budgets have gotten leaner while expectations have increased. Like many media professionals, he winds up wearing multiple hats and is what is commonly referred to as a ‘Preditor’, industry slang for Producer / Director / Editor. One of Schwartzenberger’s major challenges with the shift to digital production has been Data Management.

“I made the move to Sony’s Optical Disc Archive system from a tape-based LTO system because it is one-button and is simple to operate, reliable, and offers optical storage which is fundamentally better than magnetic tape. We’ve moved past tape everywhere else, so why end up with a digital archive on tape? That’s a step backward. Optical Disc Archive makes sense in so many ways,” Schwartzenberger said.

Schwartzenberger opted for Sony’s optical technology during his work as the Post Production Supervisor on “The Devil’s Horn,” a new documentary directed by Larry Weinstein that is currently showing on the film festival circuit.  It is a history of the saxophone featuring some of its most legendary living players.  Production began in 2012 shooting with several different Sony cameras starting with the F100, then the FS700 and finally with the FS7. The Sony Optical Disc Archive system went into service a year ago replacing the existing tape system.

“Some of these sax players are in their 80’s and 90’s. They won’t be around much longer.  If the material isn’t archived properly, there’s no going back. These are great interviews and can be used again in different projects. Say we want to highlight a particular artist years from now. Optical Disc Archive’s ability to random-access footage to pull specific interviews makes that easy. There’s no need to fast-forward and reverse to find clips, another fundamental advantage over tape.” 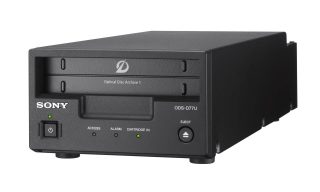 Simplicity of setup and operation of the Sony Optical Disc Archive were also crucial.

“I’m not an IT guy, I just want this to work with the least effort. The USB 3.0 interface and the actual operation of the unit is pretty straight forward,” he said.

As the digital age advances with ever-increasing storage demands, the need for an optical archive has become imperative according to Schwartzenberger.

“Back when we were working with 40 to 120GB drives, we’d worry about losing large chunks of data if a hard drive went bad. Now, if your 6 terabyte drive goes down, it’s a complete disaster.  With the arrival of 4K, this is a top issue for producers. If you take the effort to shoot something, with thousands of hours and the efforts of many people invested, you don’t want to jeopardize it,” he said.

Despite claims of archival resilience for tape, much of that depends on proper storage for the media – that is, under temperature and humidity controlled conditions. The real-world use is often quite different.

“We’re not working on projects with enormous budgets so we don’t have special storage vaults. Inevitably, these archives end up on the shelf or in a closet. That isn’t what the tape cartridges are designed for. Likewise for hard drives. They aren’t built to sit. And as these sit, the earth’s magnetic field becomes a factor over time. But with Optical Disc Archive, none of that matters. The laser physically inscribes the data into the media once and forever. You don’t have to think about it,” he said.

Despite the many long-term advantages, Optical Disc Archive may seem more expensive in the short term. But Schwartzenberger has implemented a workflow that delivers a similar cost structure. With his old tape-based archive, a media card coming back from shooting would get written to three different places.  It would be stored on two hard drives, one off-site, and another onto a RAID of hard drives for redundant reliability. Now, it is stored on one hard drive, one Optical Disc Archive and then the RAID.

“We’re saving the cost of one hard drive and investing it into Optical Disc Archive media. Best of all, that moves the archive process up earlier in the workflow cutting out an extra step. There’s time and effort saved, too,” he said.

“Tape sufferers from all the same things that made it obsolete for acquisition. Recording/playback heads touching tape and all kinds of moving parts in the transport mechanism means there’s a lot that can go wrong and much that has to be maintained.  With Sony Optical Disc Archive, there’s no physical contact with the media, and far less that can go wrong with the device itself. Reducing points of failure means increased reliability. What’s the point of an archive system that isn’t as reliable as possible?” he said.

Being a filmmaker who primarily produces international documentaries, both long and short, I know the pain of traveling with...