The NX30 beats its bigger sister the NX70 in a few areas, but is yet to be upgraded to Beyond AVCHD. 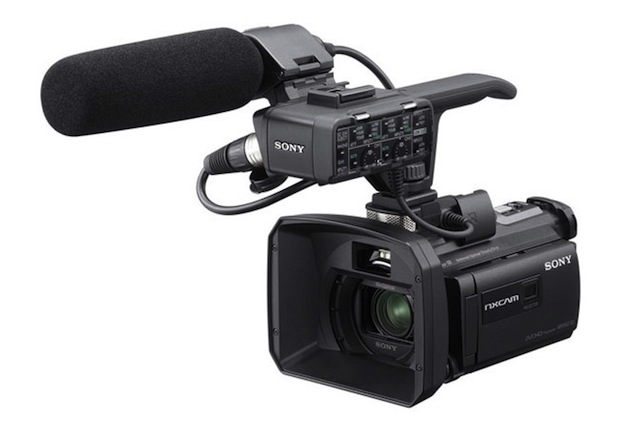 Thanks to Miami dealer and rental house Midtown Video and later to PRODU.com, I had a brief opportunity to test the Sony NX30, the NXCAM camcorder I’ve come to call the “little sister” of the NX70, which I covered in detail last year. Officially called the HXR-NX30 followed by a regional suffix, this camera shares the same sensor, a similar lens, and the same segregated status. Ahead you’ll learn all about how it compares to its bigger sister the NX70 and to competitive models like the Canon XA10 and the Panasonic AG-HMC40.

What I mean by “best in class”

I mean the market space of cameras which are under US$2500 list price (under US$2000 street price) and offer the combination of:

Cameras compared in this article

In this article, the cameras compared are the Canon XA10, Sony NX30, and Sony NX70. I have left the Canon XA20 and Canon XA25 out of this article since they aren’t shipping yet. However, I will publish more articles covering them soon.

Link to my NX70 article

Here is the link to you NX70 article from 2012: Sony NX70: the rainproof HD camera that may leave you with drops in your eyes

Basic specs of the NX30 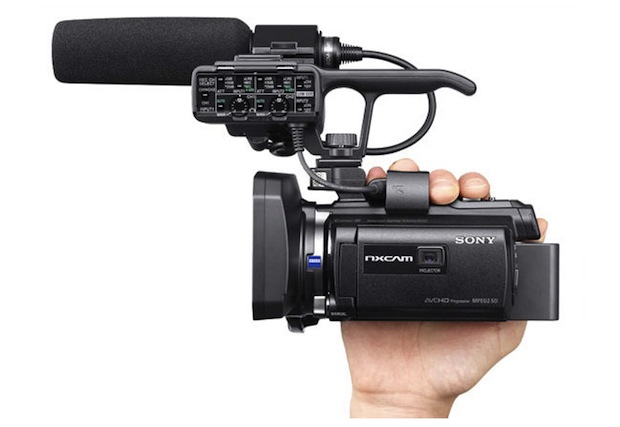 The NX30 is a segregated professional AVCHD camcorder which features a larger-than-typical sensor for its market space (as described above). While the Panasonic AG-HMC40 has a very small 1/4.1-inch sensor, the Canon XA10 has a larger 1/3-inch sensor, and the NX30 has an even larger 1/2.88-inch Exmor R sensor. The sensor in all three is some type of CMOS. Although the AG-HMC40 (the oldest of the three referenced cameras) uses a 3MOS sensor and the other two cameras use a single CMOS sensor, having a sensor per primary color is no longer considered a must-have to achieve high-quality, and some cameras that are multiple times more expensive use this approach nowadays.

Advantages of this larger sensor: Beyond the potential better sensitivity and other benefits (including making it easier to reduce depth-of-field when desired, although not nearly as much as even larger ones in other cameras), the larger sensor can offer a wider widest angle with the same lens (without having to resort to the cost and complication of a wide angle adapter or converter). At their respective 35mm equivalents:

So if you value very wide angle shooting, the NX30 is the strongest of the three referenced cameras. Of course, if you favor telephoto, the advantage is in the opposite direction, since the maximum telephoto at their respective 35mm equivalents are:

However, most people I know prefer to favor the wider wide angle in this type of a camera for several reasons.

In versions typically sold in 60Hz countries, the NX30 offers the same framerates as its bigger sister the NX70 in those areas (after the NX70 received its 2012 firmware update):

On the other hand, versions typically sold in 50Hz countries will offer the same framerates as its bigger sister the NX70 in those areas:

The ones I marked presumably is based upon prior experience with other NXCAM models.

The terms benign PsF and malignant PsF were defined in part 1 of the PsF’s missing workflow series, which as of today has reached part 10 and continues…

Ed Moore gives his first impressions of the NX30

Interesting features of the NX30

Sony’s musical video promoting the 59.94Hz version of the NX30

It’s not my style of music, but it shows the camera’s features well.

What the NX30 has in common with the NX70

How the NX30 differs from the NX70

The following are extra shutter speeds that I found in the NX30 that I didn’t find in the NX70:

See the original NX70 article for more info about the other shutter speeds which are in common among these two cameras.

Due to its additional features, better performing zoom, and its much lower price, I consider the NX30 to make much more sense than the NX70, unless you really need your camera to be rainproof.

I hope that Sony offers a firmware update to make it Beyond AVCHD compliant. Here is a link to a related article which includes my Beyond AVCHD Manifesto.