The Right Size For Most Gimbals

I take Sony’s newest camera, the FS5, through the paces to see if it’s the right 4K camera for you. I dive into how well the camera flys on a Ronin, and how good is its 240fps.

Let me get straight to the point, Sony has listened to shooters and made some features easier to find and easier to implement in their new FS5 camera. In other words, Sony has made the FS5 fun to operate, at least in my opinion. Yet, is this the camera for you? Just because a camera is fun to operate does not mean it’s perfect for every situation. I’ll get more into what I mean in a minute. Until then, a little fun video I shot with Sony’s FS5 shooting 120fps on a DJI Ronin. 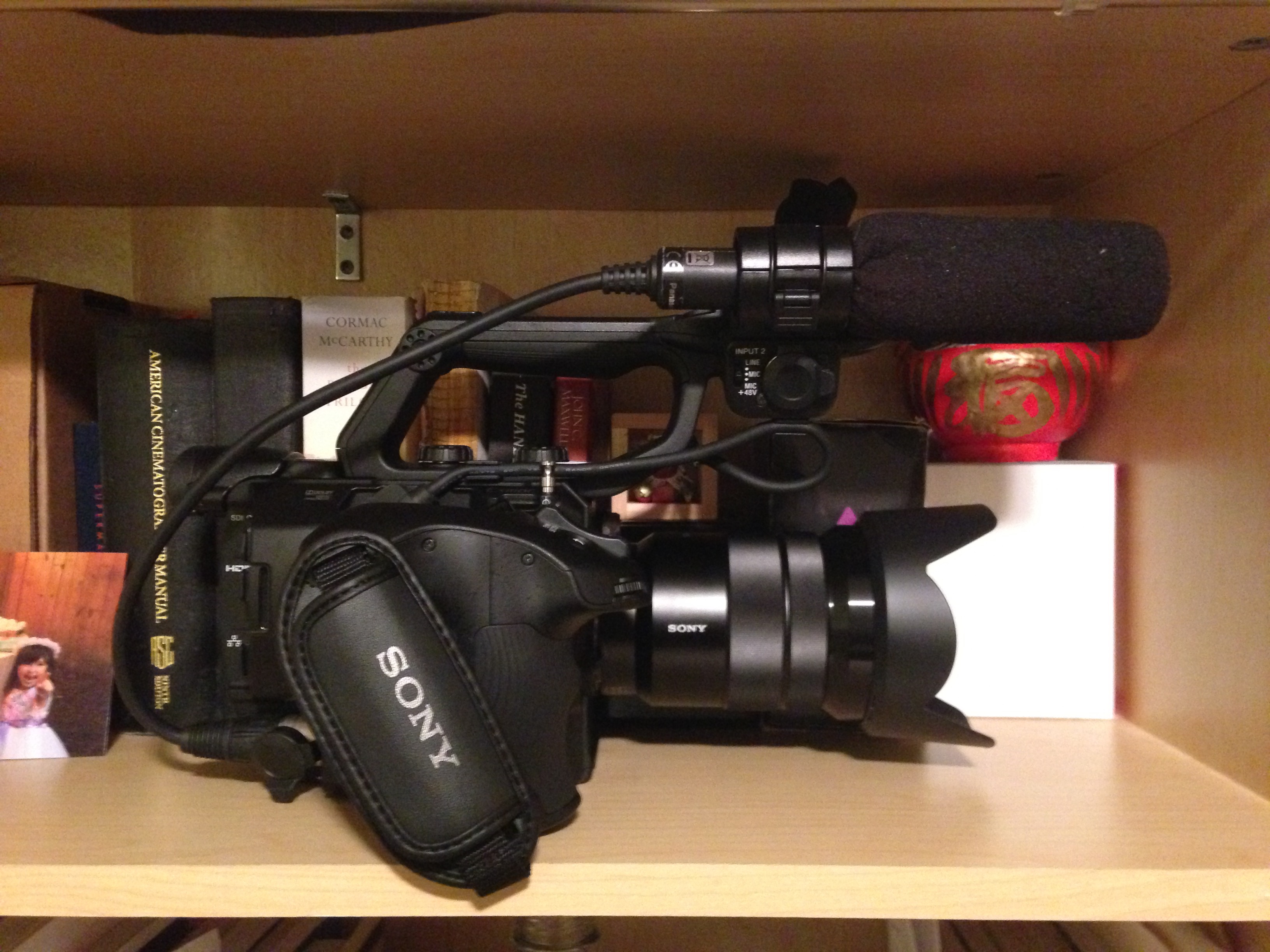 What you’re seeing is a small edit, of a much bigger project, I put together to show off the Sony FS5. When shooting this sequence I found how much I prefered operating the Sony FS5 while it was on a DJI Ronin. I mean, the camera barely weighs 2lbs. In my estimation 1 hour of Blackmagic Cinema Camera and DJI Ronin equals 3 + hours of the Sony FS5 and the same gimbal. I think this was Sony’s intention. They want a dedicated “video” camera for you to fly on a drone or on a brushless gimbal. Essentially, for someone like me it’s the quintessential “B” camera to a F5 or FS7. The only problem? The Sony FS5 is most likely falling at “A” camera price range for many.

There is more to the FS5 than it’s smaller and lighter dimensions. Sony took the lessons they learned from the FS7 and incorporated 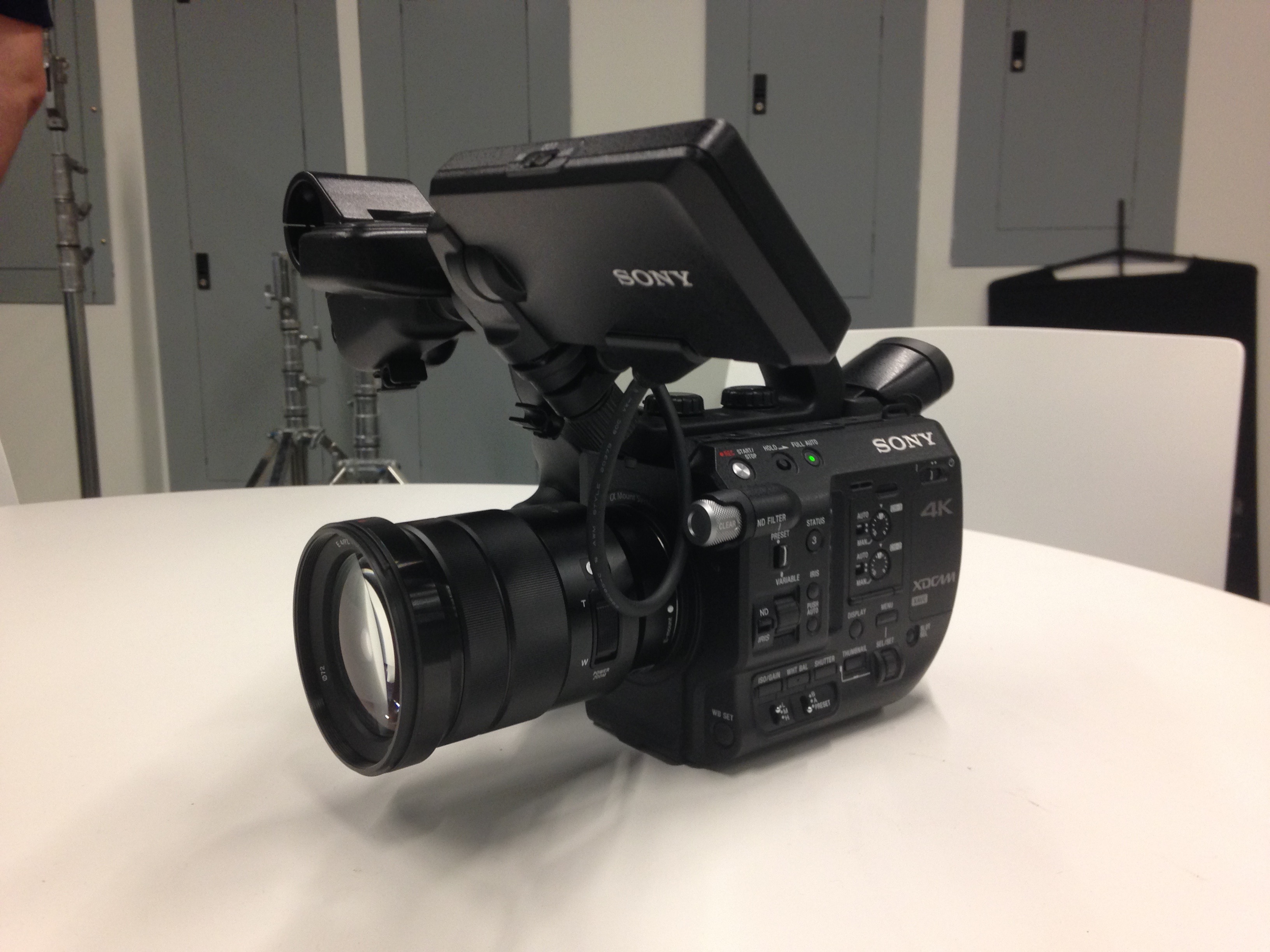 them into the FS5. First there is no rebooting when changing base settings. A few cameras I’ve used reboot when a base setting is changed. It slows things down, and if you’re a documentary shooter it means you might miss the shot. Like many of Sony’s cameras the FS5 has many assignable buttons. To be able to change settings with a touch of button instead of menu diving is very nice. Anything to make it easier to operate. According to Sony, this camera was made to be hand-held. I know it feels great in the hand. The right-hand grip doesn’t have an extendable arm like the FS7, but I’m not 100% sold it needs it. I see this camera resting not on my shoulder but in my hand. Kind of like a Canon C100 or C300. Yes, you can buy a quick-release place and shoulder pad and go to town much like the FS7 if you want, but I think shooting like that kind of kills the point of the FS5.

What I saw when shooting 4K with the FS5 is it looks nearly as good as the FS7, but not 100% the same as the FS7. Of course, the FS5 is limited in its color bit depth: 8 bit to the FS7’s 10bit. The FS5’s 4K is also limited by XAVC-L codec. Whereas the FS7 has the more robust XAVC-I codec. Does all of this mean the FS5 4K is substandard? Of course not. Just know it has a few limitations yet can still look great. Just be aware you won’t be able to push and pull the 4K footage in post nearly as much as the FS7. How about noise when shooting SLog3 at 3200ISO in 4K. I didn’t see much of a problem of it and I only used the LUT in Adobe Premerie in the video below. 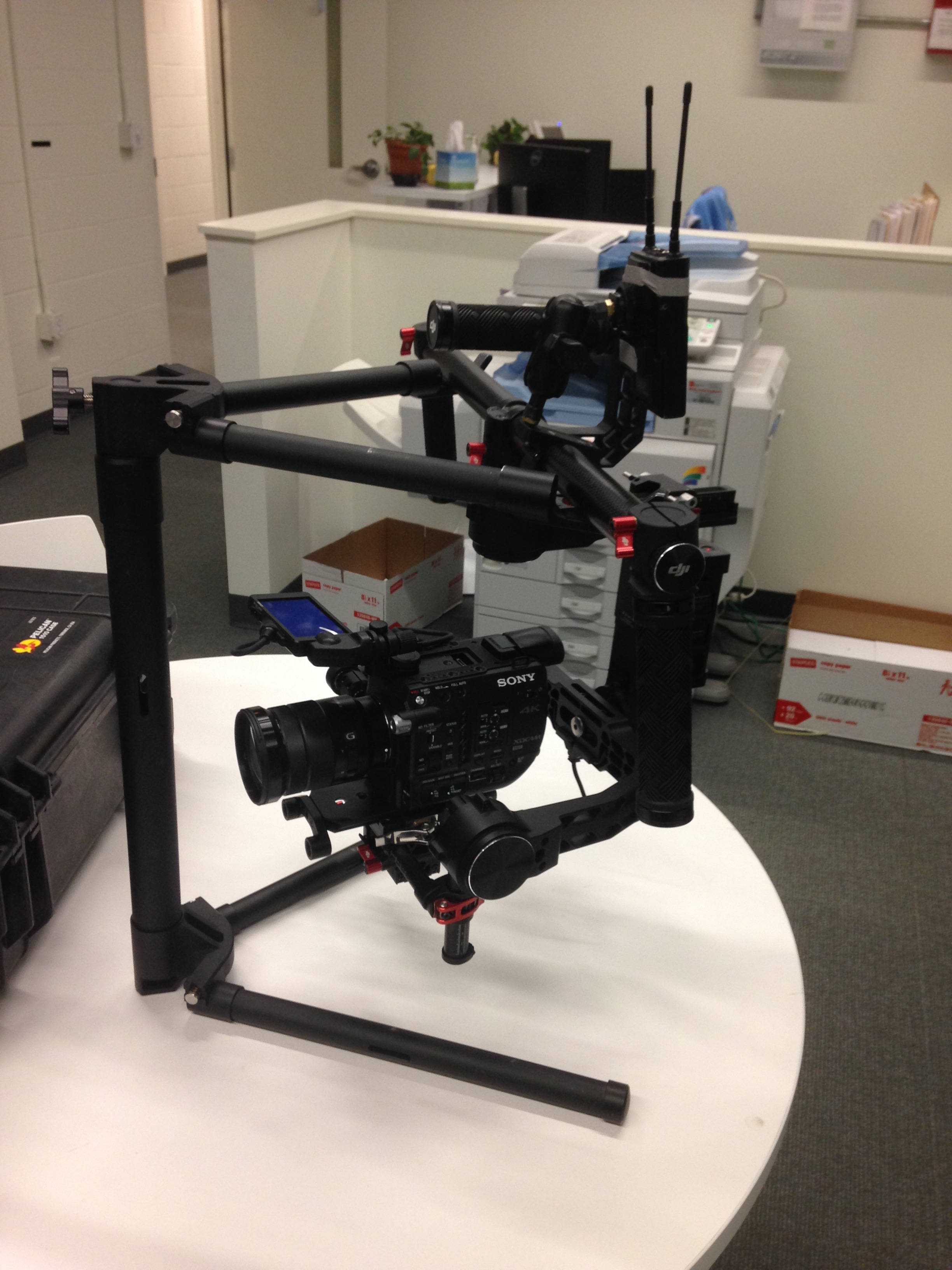 With the Sony FS5 you get the same sensor found in the FS7 and F5 but in a smaller package. Just like the FS7, the FS5 is meant to be an all-around kind of camera. A camera capable of run and gun documentary shooting as well as the ability to moonlight as a production camera. The FS5 fits the first role better than the latter. It’s an easy camera to operate and the FS5’s small size means one shouldn’t become worn out from shooting with it all day.

Just like Sony’s other cameras one nearly needs a post-graduate degree to navigate the FS5 complicated menu system. What’s great about a complex menu is Sony gives shooters a ton of options meaning an operator can tailor his camera settings to the shooting situation at hand. This is a nice feature when one becomes an owner/operator, and especially nice for freelancers who are expected to hand footage off immediately following a shoot. My suggestion, take the time to read the manual and become as knowledgable as possible. Make the best of your investment and be the menu expert. It can only help.

I first experienced Sony’s Neutral Density Wheel on their PXW-180. I suggested the wheel needed to be in all of their future cameras then and I still stand my that statement. Being able to dial in ND like you can with the FS5 is utterly fantastic. For example, in my Chewbacca shoot I set the camera to the aperture I wanted and only used the ND Wheel to control my focus. It was fast and I was able to keep the depth of field look for the entire day. Plus, there was no color shift from any density of ND. The ND Wheel needs to be in all of Sony’s future cameras. It is that brilliant. 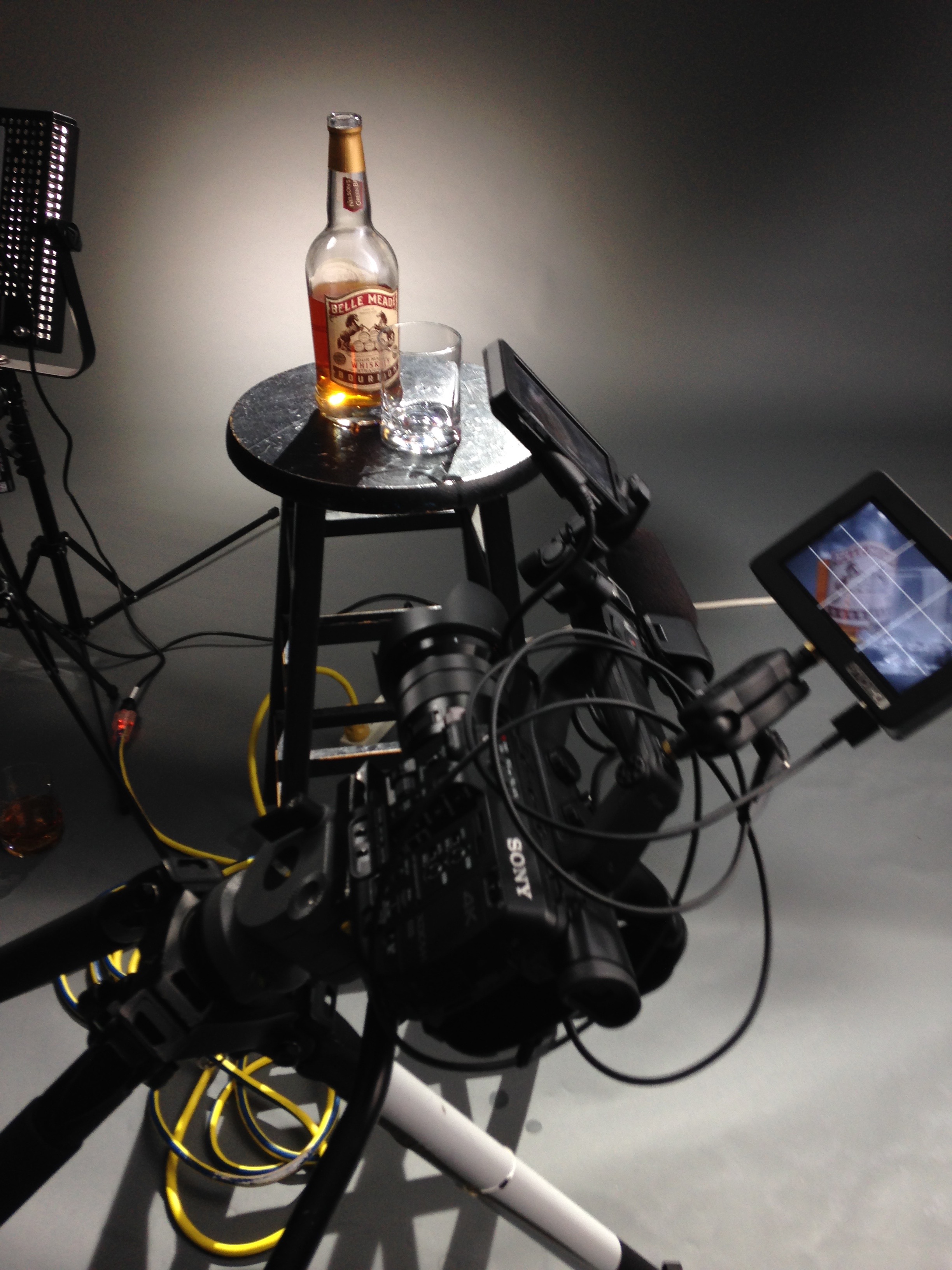 18-105mm F4 is a nice kit lens for this camera. The lens is wide enough for most work and long enough to everything else. The F4 aperture? Since the FS5’s native ISO is 3200 I had no problems with a lens limited to F4. What I liked best was the ability to use the FS5 auto focus when flying the camera on a DJI Ronin. For most situations the 18-105mm and FS5 is an adequate pairing. It’ll get you through most situations. E-mount, fortunately, is one of the most adaptable lens mount found. This means your Canon L glass, and just about any other lens, will work on the FS5. One of the best adapters for EF Mount lenses to the FS5’s E-Mount is Meta-bones. They make both a regular adapter and also a speed booster, getting you closer to the Full Frame look. Just be aware E-Mount isn’t the most robust mount so grab a lens support for those heavier lenses. 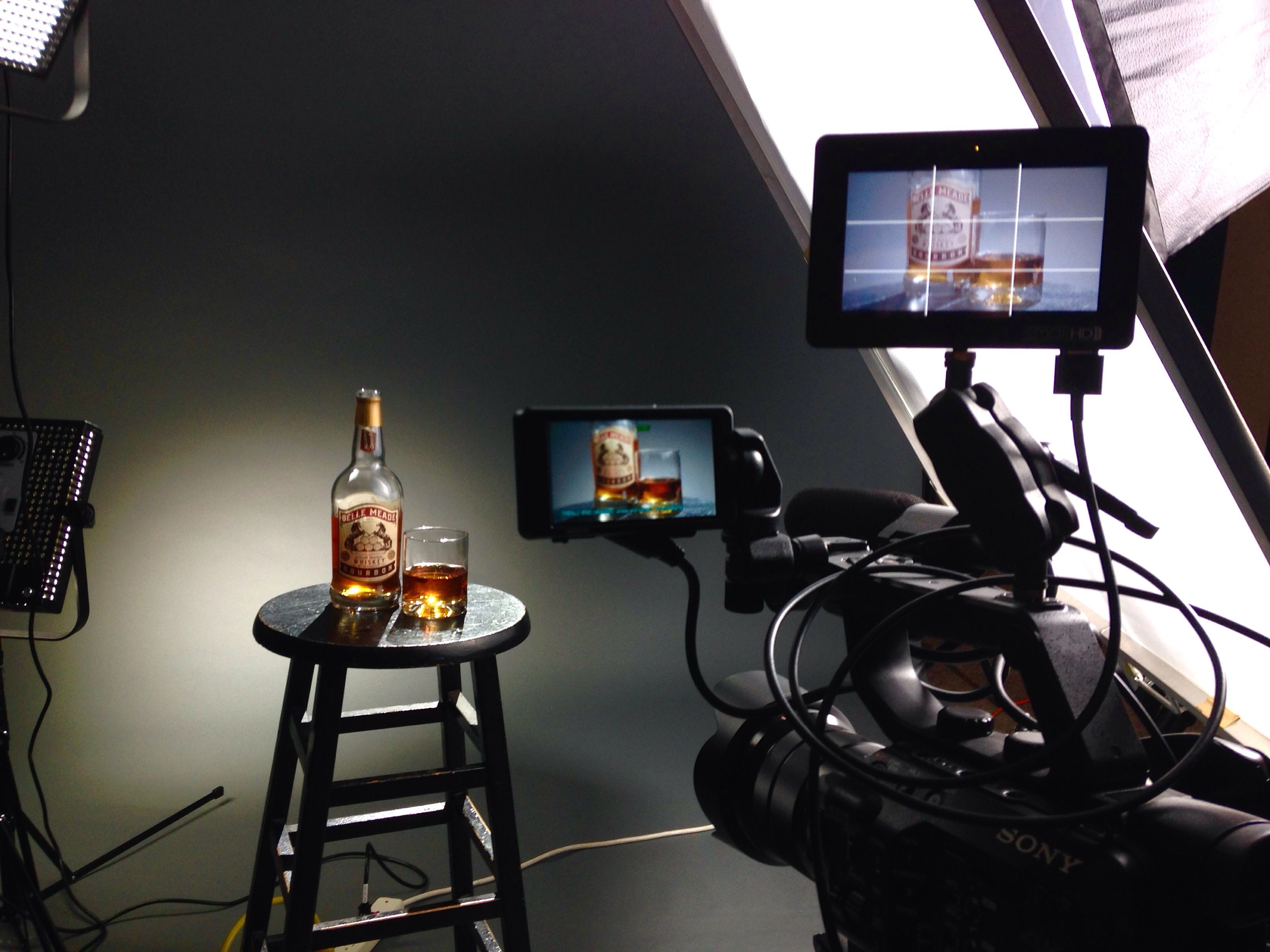 Like it’s predecessor, the FS700, the FS5 can record high frame rates. 120, 240, and even 480 frames per second all can be recorded with a buffer. A shooter can select an traditional record trigger, and an end trigger. The end trigger allows you to see the action first and then hit record when the action is finished. A great tool for wild-life photography, or any situation where a shooter has to wait until his subject moves.

Because of the buffer recording high frame rates the noise in the image can be more apparent. Make sure you have correct exposure while shooting. If you have raise video levels in post, even a little, noise will become apparent. 120fps and 240 fps were great frame rates, and the image did not show any degradation. Anything higher than 240fps is something I would stay away from with this camera. If you take another look at the Chewbacca video you’ll see a couple places where I lifted the exposure in post and noise becomes more apparent. In the Whiskey video above I took the time to reduce the noise. I want you to know the noise when shooting 240fps can be cleaned up to a point, but it isn’t perfect.

HOW DOES IT HOLD UP

With the Sony FS5 costing $5599.00 USD and the Sony FS7 costing $7999.00 USD these two cameras are brothers from the same mother. So, why would a shooter want to buy one camera over another? Let’s look over their similarities: Same sensor, lens mount, dynamic range, and both are meant to fit into a documentary shooting situation well.  Where do they differ? The FS7 shoots 4096 x 2160 up to 60fps and the FS5 only shoots 3840 x 2160 up to 30fps. The FS5 records XAVC-L while the FS7 records XACV-I. The FS7 has a base ISO of 2000 and the FS5 has a base ISO of 3200, which is more inline with the A7 series of mirrorless cameras from Sony. If I was looking to buy a Sony FS camera I’d have a difficult time choosing between the FS7 and FS5. The FS5 can fly on a gimbal. Plus, the FS5 comes with clear image zoom which is fantastic, but didn’t work when shooting HFR. In the end, both cameras are great and more than capable to help you capture the stunning footage you know you can shoot.

To find out more about the Sony FS5 go here