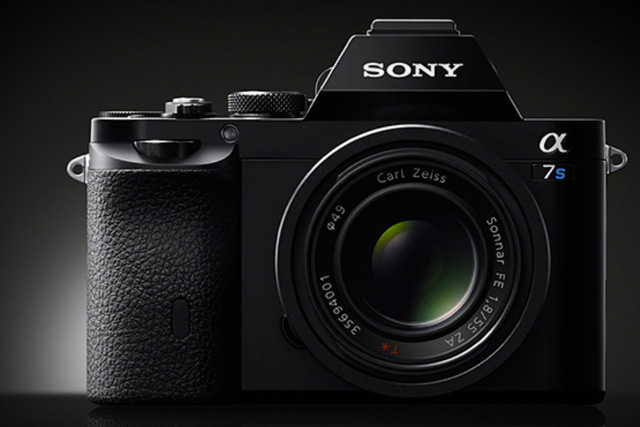 The newest camera in the Alpha family (Sony says α7 and α7R) is not only one of the smallest full frame camera’s in the world, it is also a sign that the race for 4K video in full frame (35mm) sensors has begun. Sony cameras are no DSLR as we know them, these mirrorless models are something different, but in the end it does not matter: Sony is at the pole position for the new competition, and chose NAB to show the A7S.

Reading through the press-release from Sony, one discovers the A7S now presented to photographers and videographers.

The new model is also the world’s first camera to utilize the entire width of a full-frame image sensor in 4K video acquisition, and does this without cropping or line skipping as it can read and process data from every one of the sensor’s pixels. This allows 4K video shooters to utilize all of the artistic and creative benefits provided by the unique sensor.

“The α7S gives Sony the most complete, versatile lineup of full-frame cameras in market today,” said Neal Manowitz, director of the interchangeable lens camera business at Sony Electronics. “Between the α99, VG900, RX1, α7, α7R and now α7S models, we have completely revolutionized what it means to be a ‘full-frame’ camera, bringing a new level of quality and portability to enthusiast photographers and videographers.”

Sony, the world’s largest manufacturer of image sensors, has developed a unique 12.2 MP sensor with extraordinary sensitivity that allows the α7S camera to collect dramatically more light than traditional cameras and to produce beautifully detailed, low-noise images in even the darkest environments.

The camera also features a newly developed on-sensor technology that allows it to optimize the dynamic range throughout the entirety of the ISO50 – 409,600 sensitivity range. This on-sensor technology also broadens the range of tonal gradation in bright environments and minimizes noise in dark scenes, allowing the camera to deliver impressive results in these extreme conditions where other cameras (and image sensors) typically struggle.

With the new α7S camera, the high-speed read out of the 35mm full-frame image sensor combined with the high-speed processing of the BIONZ X processor enables significant improvements in video quality.

These powerful components allow the camera to process data from all of the sensor’s pixels and output stunning HD and 4K (QFHD 3840 x 2160 pixels) video while utilizing the full-width of the sensor. In addition to the benefits for low-light shooting, the read out of all pixels frees the video from aliasing, moiré and false color artifacts (as opposed to pixel binning) to achieve the highest quality video. 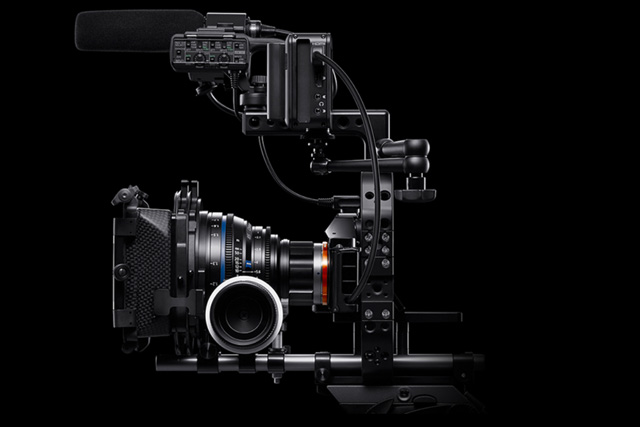 The α7S camera is also equipped with S-Log2 gamma. Common to Sony’s range of professional video cameras, S-Log2 expands the dynamic range by up to 1300% to minimize clipped highlights and loss of detail in shadows. Additionally, for the first time ever in a Sony α camera, the α7S adopts the workflow-friendly XAVC S recording format in addition to AVCHD and MP4 codecs. XAVC S format allows for full HD recording at a data rate of 50 mbps with lower compression for improved video quality.

Other specialist video functions on the new camera include a picture profile that can adjust settings like gamma, black, level and color adjustment, and can be saved for use in a multi-camera shoot. It also has Full HD and 4K base band HDMI output, time code/user bit for easier editing, synchronous recording feature with compatible devices, various marker and zebra displays on both the LCD screen and viewfinder and can dual record XAVC S as well as MP4 (1280×720 @30p).

The camera also has a Multi-terminal interface shoe that is compatible with Sony’s XLR Adaptor Microphone Kits (XLR-K1M plus a new model under development), allowing the use of professional microphone systems.

The high ISO sensitivity range of the α7S camera is extremely effective for still image shooting, especially in low-light conditions, where the camera can shoot at high shutter speeds while keeping noise as low as possible. This is particularly useful for shooting indoor, dimly lit sporting events or other situations where most cameras typically struggle.

The camera is also equipped with the same high-precision Fast Intelligent AF system as the α7R camera, with drastically improved low-light AF sensitivity that can go as low as -4EV.

Directly compatible with the growing family of E-mount lenses, the α7S camera can also be used with A-mount and others lens systems with optional adapters. Sony’s complete α lens system now includes 54 total lenses for both A and E mounts, including several premium offerings from Carl Zeiss and G Series Lenses.

As a whole, Sony’s E-mount lens system is particularly well-suited for video shooting, with a variety of models containing “movie-friendly” features like smooth focusing, powered zoom control, and silent iris/aperture control. Building on this, Sony has announced development of a brand new, full-frame power zoom 28-135mm F4 lens E-mount lens that is an ideal match for the powerful movie capabilities of the α7S model.

Pricing and availability of the α7S full-frame interchangeable lens camera will be announced at a future date. To learn more about the product in the meantime, please visit http://www.store.sony.com, and follow #SonyAlpha on twitter for the latest α camera news. 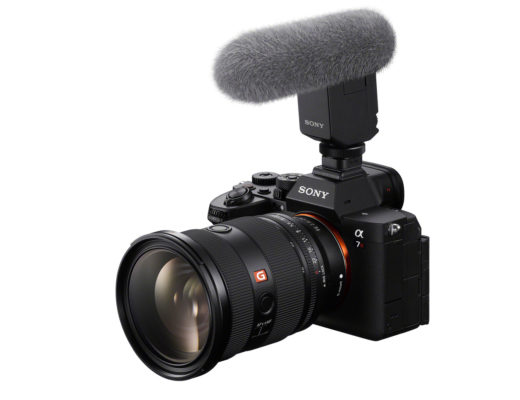