The first units of the Solo quadcopter are out in the market, and the team at 3DR took the time to create a video showing how their gimbal works. Also, did you know the Solo has a Black Box? 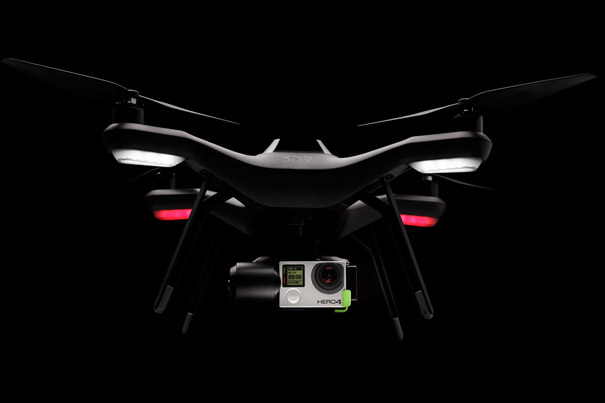 With the Solo app available on the App Store and Google Play, users are finally able to take their Solo copters out for a ride. One interesting aspect of this quadcopter conceived to work with GoPro cameras, is that 3DR has decided to open the source code for the Solo flight controller.

According to a note published on 3DR website, “Solo is a consumer product, aimed at simplifying the process of getting great aerial footage. As a development story, true to 3DR’s open spirit, Solo was developed not just by us at 3DR, but in concert with the ardupilot core development team and contributors around the world. Solo’s flight characteristics, performance and robustness are a testament to the power and adaptability of APM:Copter, which is why we’re so pleased today to officially open that source code to the world at large: The repository with full history is now available for download on GitHub, the first of many development doors that we’ll be opening on Solo.”

Also within the article one discovers that “in addition to opening Solo source, we are today publishing the set of guiding principles that went into developing all of Solo’s subsystems—3DR’s Open Source Policy. The policy, developed by the 3DR software engineering team in conjunction with the community, addresses key questions: How do we do development? What do we choose to open? Why do we do it in the first place? For 3DR, the policy represents a set of guiding principles on how we plan on doing development, and we feel it important to, in turn, open to the broader community for clarity, accountability and, well, because we’re excited to share it!”

Having the concept of open source hardware and software at the core of Solo’s development is an essential part of 3DR strategy. But for them it does not stop with the source! 3DR strives “to put powerful tools in the hands of developers. In some cases this means source code, and we plan on opening other parts of Solo, including much of SoloLink. In all cases this means making Solo the number one development platform, which means great APIs and developer tools. We plan on deepening DroneKit integration into Solo, so that developers can easily add new shots in Python and apps on Android, with new language bindings for other platforms coming soon.”

People at 3DR consider that “the word ‘platform’ is getting quite a bit of traction these days”, however, they believe “it’s not enough to call something a platform ahead of building it. A platform isn’t an over-engineered airframe, coincidentally exposed cables or slides in a presentation; it’s a bolt pattern, a pinout, an API and a source code that exists in the real world with engineers to support it. So rather than pay lip service to the term, we chose to place the world’s leading autopilot development platform—APM:Copter—at the heart of Solo, running on the new Pixhawk 2. Connected to the flight controller we have SoloLink, which brings the power and flexibility of Linux computing onboard a consumer vehicle for the first time and appeals to an even broader set of developers.

The team also added an accessory port, 3DRBUS, on the bottom so that Kickstarter projects, academics and businesses can easily integrate their own hardware. We developed DroneKit for use on Solo so that web and mobile developers can build businesses on top of this hardware and software. Most important, we know a great platform gets better with time, and we plan on supporting Solo for years to come.”

The aim is simple: get the community to help 3DR build Solo into the premiere drone platform, and the best home for developers around the world. 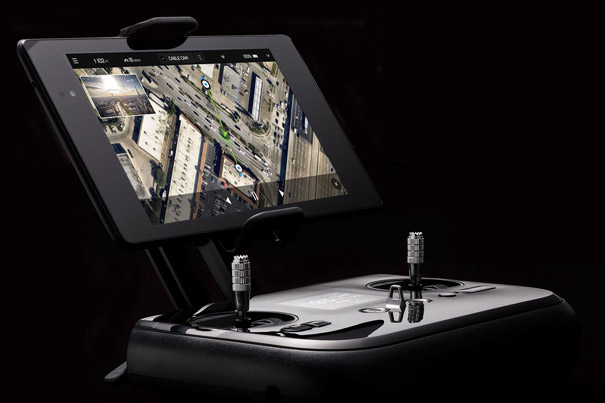 Back to what is happening right now, the team at 3DR published a video showing how the Solo gimbal works. They took a break from some time “filming with Brainfarm in Cabo to shoot a quick example of Solo’s Smart Shots, shot from one of our Solo gimbals in final testing. This is footage straight from a GoPro Hero 4 Black shot at 1920 x 1080 at 60 FPS with no post-processing for fisheye removal. You can look forward to even better footage with your Solo gimbal as we lock in changes from final tests and begin shipping!”

The Solo gimbal is the result of 3DR working closely with GoPro, to make the first gimbal capable of fully controlling the GoPro. Solo gives you the exclusive ability to start and stop recording video while in flight, which means that when you land you have only the shots that you wanted to take; when it comes time to edit you now have “fat free” footage, instead of dealing with huge, cumbersome files. You can also snap photos, change FOV, FPS and exposure compensation and much more—through Solo’s mobile app at long range, or dedicated buttons on the controller.

The 3-axis Solo Gimbal stabilizes the camera to within 0.1 degrees of pointing accuracy and charges the GoPro so your battery doesn’t die during flight. Combined with Solo’s controller you get fine-grain tilt control, including angle presets and instant speed adjustment; or you can just create a Smart Shot, hit “play,” and Solo’s computer will fully control the gimbal for the perfect shot. The Solo Gimbal delivers all of these advanced capabilities while providing a painless and tool-free method of installing and removing the GoPro. The Solo Gimbal is sold separately for $399. 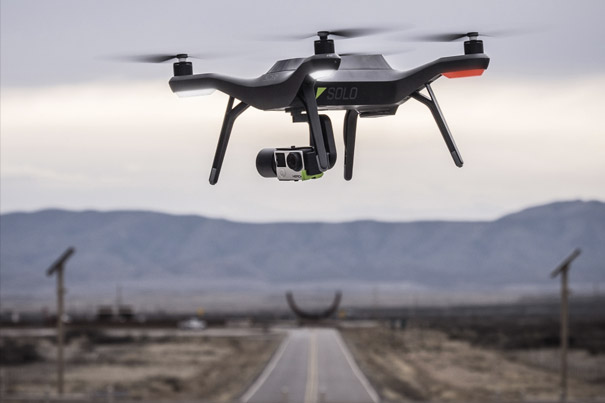 More information about the Solo quadcopter is available online, including recently published videos that show important aspects concerning flying and safety. But did you know that the Solo has a Black Box like real aircraft? Yes, it does. According to 3DR, Solo keeps its own flight journal, continuously logging information along over 500 parameters as it flies. You can analyze these files on your own, or easily share them with our support team to aid in troubleshooting. And because all of Solo’s flight logs are saved onto the controller, not the copter, you always hold the “black box” in your hands—this means you won’t lose your flight data even if the worst were to happen and you lose the copter (the dreaded “flyaway”). If the flight logs show Solo was lost or damaged due to a system error, 3DR will immediately repair or replace not only the drone, but your gimbal and GoPro as well.”